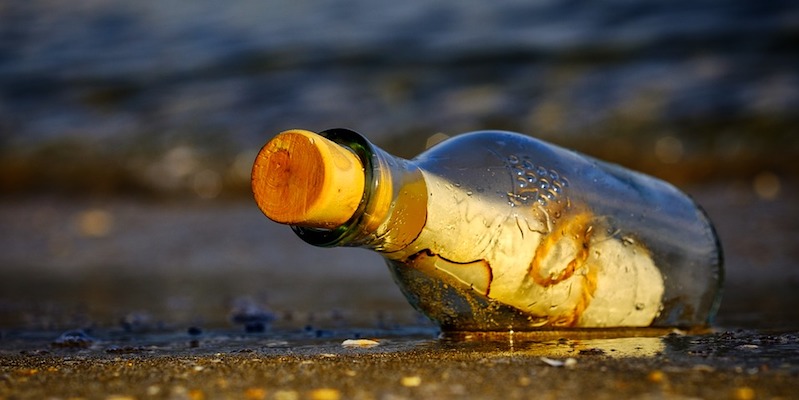 Stories are the most powerful tool we have for making sense of ourselves, one another, and the world. Our instinct to use narrative is overwhelming; telling stories is how we seduce, persuade and argue, and hearing them is how we learn, empathize and escape. It’s even how our subconscious minds talk to us—through dreams—when we’re asleep. The act of telling any story and being heard is one of the most potent and exhilarating experiences we can have. (If you’re not convinced, ask any actor.) It can also be an extraordinarily important part of healing after trauma.

Although I’m a writer, I wouldn’t claim to be an expert on storytelling. And I’m definitely not a psychologist. But I did work as a volunteer with the Samaritans, a suicide helpline, for several years, where it was my role to listen to people who were in distress. There I encountered stories of all kinds (often, although not always, ones which had left emotional scars) and experienced first-hand how therapeutic the process of sharing memories could be. We sometimes assume that support consists of giving practical help, problem-solving, or offering our own experiences of similar situations: “I’ve been there!” But we were trained not to offer advice, or let our own lives or opinions intrude on the caller’s; we didn’t even always use our real names. All we did was listen. We were told time and again that it was enough to make the caller feel safe and heard; that reflecting and clarifying a story, without judgement, was what would help someone find a way forward.

For obvious reasons, I can’t talk much about specific callers, or what they said. But there are voices that still stay with me. I remember one of my first calls, from a man who phoned every day for months but whose panic attacks slowly grew less and less, until he didn’t need us any more. I remember one woman whose bravery and humor made me feel privileged to have spoken to her (and we laughed a lot, both of us, through her despair). Nothing had changed by the end of that conversation, and yet everything had, because she could just about see her way to the end of the day. I remember one young girl, calling from a locked bathroom, who had taken an overdose; I remember the heartbreaking moment when I couldn’t stop myself (in spite of my training) from telling her that the abuse she’d suffered wasn’t her fault, and she didn’t believe me. I remember her insistence that she wasn’t going to call an ambulance, and the endless silence after she stopped talking, and the phone going dead. I can’t forget her, and yet I’m glad I was there—that someone was—to hold on, literally, clutching the handset at the other end of the line. Listening to her story was the only thing I could do for her then, and I hope it made a difference. I guess it did, even if it wasn’t much, or she wouldn’t have stayed on the phone.

Why does it make a difference, when someone’s come to the end of hope, just to be heard? I don’t have an answer to that. But I do believe that bringing dark things into the open diminishes their power; that being able to speak the truth is liberating. We hate to admit that we’re sad or furious or despairing—it feels like failure, especially in a society which tells us that happiness is ours to have, as long as we try hard enough—and yet when we do, that acceptance can help us move on. Yes, I’m sad. Yes, I’m desperately afraid. Yes, it’s a relief to say it aloud.

[But there is a darker side to the need to tell our stories, and I encountered that, too, when I was volunteering. Stories are powerful; sometimes they’re too powerful. A story assumes cause and effect, it assumes character and plot, it assumes that the world works in a particular way; and the neater and clearer the story, the harder it is to challenge it. There was more than one occasion when I spoke to callers who were stuck: they told the same narrative again and again, in the same words, compulsively repeating their version of events. I’d have a sense of déjà vu, only realizing later that I’d had the same conversation before, almost verbatim. The caller had told themselves—and us—their story so many times that it was set in stone. It was no longer one way to explore a complex truth; instead it was a box to put emotions into and close the lid, a way to avoid the need to think or feel. They were miserable, or they wouldn’t have been calling us, but it was too frightening to step out of that comforting narrative into new uncertainty—and so they made the same call over and over, like a prisoner counting the bars on their window. I felt anxious about those callers. I felt anxious, too, about the way our support was helping them stay where they were. I wanted to rip up their past and give them the freedom to start again.

At its best, one of the things that narrative gives us—the reason it’s so addictive—is agency.

Not, of course, that I’m advocating the suppression of memories as a solution to trauma—although it’s interesting that it’s what our brains do, sometimes, as though some stories threaten to compromise our very survival. But I keep coming back to the question of what makes the difference between the stories that heal and the stories that hurt. It isn’t the content—as it were, the “plot.” It isn’t even the ending. I wonder whether it’s something to do with who’s in control: not only in the story, but of the story. The callers who struggled to change even a word of their narrative had somehow ceded their power to interpret what had happened to them: this was the story, the only one possible. They had no more agency over it than I did, listening to them. The others were using narrative to find their way forward, knowing that while they couldn’t change the past they could change how it affected them.

This is speculation, of course. I don’t really know. But for me, as a writer, the question has a very personal resonance. What I do know is that at its best, one of the things that narrative gives us—the reason it’s so addictive—is agency. Agency and creativity go hand-in-hand; maybe they’re the same thing. We master our memories by remastering them. We take what we have, and we create something we can give away: something that’s separate from us, even though it comes from our deepest selves. It’s a kind of miraculous alchemy. And, ultimately, it’s redemptive, because making something good out of something bad is what we live for.

Bridget Collins trained as an actor at the London Academy of Music and Dramatic Art after reading English at King's College, Cambridge. She is the author of seven acclaimed books for young adults and has had two plays produced, one at the Edinburgh Fringe Festival. The Binding is her first adult novel. 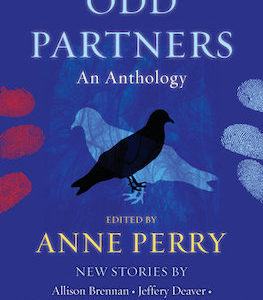 Jamie Blair first saw the mutt eating out of a Dumpster behind the barbecue restaurant on Folsom Boulevard near the freeway. It...
© LitHub
Back to top