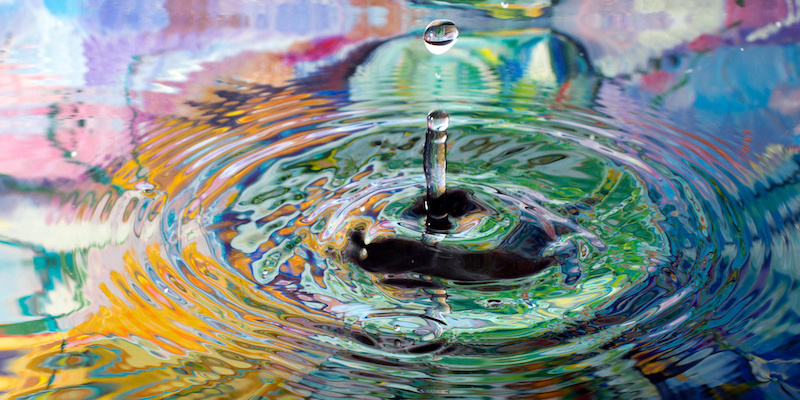 On The Law of Unintended Consequences

From the Streisand Effect to the Cobra Effect, the most interesting are the perverse.

We’re all likely aware of examples of the law of unintended or unexpected consequences—when an unforeseen benefit, drawback, or perverse result flows from a purposeful societal policy or individual action.

For example, on the benefits scorecard, the longtime pain reliever aspirin gained new purpose when found to help prevent heart attacks, and of course, there’s the blood pressure drug that found an entirely new purpose and worldwide fame as a little blue pill called Viagra.

In the drawbacks category, there are many examples of societies introducing animals or plants for purposes of food (rabbits in Australia), decoration (kudzu in the US), or pest control (European starlings in North America and Cane Toads in Australia), that now terrorize the local flora and fauna.

To me, as a crime writer, the most interesting are the perverse.

Barbara Streisand once sued someone for posting a photo of her home online. Until bringing that lawsuit only six people had accessed the file (including her lawyers), but the lawsuit triggered 420,000 visits.  It’s now known as The Streisand Effect.

Then there’s The Peltzman Effect, where the introduction of a safety measure encourages some to take risks they would otherwise not undertake but for the confidence gained by complying with the new measure…such as wearing a bike helmet.

The Cobra Effect is more diabolical. The story is that when the British faced a plague of deadly cobras in Delhi the government offered a bounty for every dead cobra.  It worked so well that entrepreneurs began breeding cobras just so they could kill them to claim the reward. When the government realized what was happening, it ended the rewards, causing the cobra-breeders to free their snakes, thereby making the situation worse than before the bounty program.

History is replete with seemingly simple solutions to complex problems yielding surprises; at times good, at times not, yet all capable of spawning another serendipity––fertile inspiration for a crime writer’s plots, twists, and characters.

The unintended/unexpected are essential elements of mystery writing, firing up drama and burnishing pace.  The tricky part is finding the right setting for bringing it all together.  On that score I’m blessed to base my work in Greece, for since the days of the ancients, confronting unintended consequences has played a seminal role in Greek life, be it enduring the wrath of the gods, unpredictable nature, plundering pirates, parades of conquerors, wars, plague, or poverty.

For my new Chief Inspector Andreas Kaldis novel, One Last Chance, I needed a venue capable of supporting a story line driven by unthinkable acts perpetrated by the powerful upon the weak.  It had to serve not just as a setting, but as a character essential to the telling of the tale.   Place plays a central role in my work, with Mykonos, Athens, Patmos, Mount Athos, Tinos, Sparta, Mani, Delphi, Santorini, Lesbos, and Naxos all having lent their unique magic to Kaldis adventures set in their respective locales.

I found what I was looking for in the mountainous, rugged eastern Aegean island of Ikaria–ironically named after the unintended consequence of mythical Ikaros perishing off its southern coastline after flying too close to the sun on wax wings.

Ikaria is a place of myth, folklore, and natural beauty; historically besieged for ages by ruthless conquerors and pirates, exploited for its resources, and forced to serve as a colony for political exiles. Yet, today, it boasts an international reputation as “the island where people forget to die,” for it is one of the world’s five Blue Zones where populations live exceptionally long lives––attributed in Ikaria to the unintended consequence of its subsistence lifestyle centered on gardens, goats, orchards, olives, local wine from native vineyards, sea, and rigorous physical activity.

Reputedly inhabited since 7000 BCE, Ikaria’s mountainous rocky terrain, lack of decent ports, brutal winds, and reputation as the poorest island in the Aegean, discouraged virtually all but pirates and conquerors from paying it much mind.  Pirates roamed the Aegean, raiding islands for booty, slaves, and women, often slaughtering those inhabitants they didn’t spirit away.

During the 16th century, marauding pirates so viciously terrorized the Aegean, that for eighty years Ikariots lived hidden away in secret mountain villages, a period that to this day Ikariots remember as their “century of obscurity.” As a consequence, Ikariots built camouflaged homes utilizing ravines, caves, boulders, and mountain hideaways to evade those scanning the hillsides for signs of life, and laced their homes with hidden passages and false walls should they be detected.

The scourge of pirates ultimately passed, giving way to a more insidious breed of plunderers.  The island’s once-vast forests of ancient oak, pine, fir, plane, and cedar trees fell victim to indiscriminate logging, a voracious charcoal industry, and in more modern times, opportunists seeing forests as an impediment to their plans for developing or farming the land. It was as if the world viewed Ikaria as nothing more than a place to exploit or ignore, leaving hardy self-reliance the Ikariots only means of survival.

In 1829, when Greece obtained its independence from the Ottoman Empire, Ikaria remained under Ottoman rule. Not until 1912, when Ikariots tossed out the Turks, did it join modern Greece—following five proud months as the independent country of the Free State of Ikaria, complete with its own flag, anthem, and postage stamps. But joining Greece did little to change the Ikariot’s historical skepticism toward outside help, and for much of the 20th century, the Greek government gave little more than sporadic assistance to the island, while using it as a place of banishment for thousands of political dissidents––a decision that unleashed a fateful unintended consequence upon the entire nation.

After Greece’s dreadful starvation years of World War II—and four more years of Greek civil war between nationalists and communists––the Greek government banished thirteen thousand alleged communists to Ikaria.  Many of them were doctors, lawyers, teachers, and other educated creative types. The government wouldn’t allow them to live with locals, and their movements were restricted, but with so many needing places to stay, and the government offering little assistance in the way of food and shelter for the exiles, they ended up living in virtually every unoccupied house on the island. Many of those homes were in desperate need of repair, so the exiles fixed them up. Over time, locals came to regard them as welcome guests, not criminals, and after their banishment ended, many came back as tourists to visit the friends they made during their years of exile.

The government had chosen Ikaria to serve as a place of containment for those with unwelcome political views, but instead created a sanctuary and breeding ground for dissident thinking. When the Greek government announced shortly before the 2004 Olympics that it had crushed the nation’s most notorious terrorist organization––whose members had gotten away with murder, kidnapping, and robbery for almost thirty years––its key captured leaders were from Ikaria.

Today, Ikaria is a tourist draw for those in love with nature and a healthy lifestyle, but with its long history of successfully enduring and overcoming the most challenging of unintended consequences, it is also the perfect setting for a mystery-thriller emmeshed in the unintended consequences of bearing a reputation for longevity during pandemic times.

Thank you, Ikaria, for the inspiration.

To see how it all turns out, I respectfully refer you to ONE LAST CHANCE, coming from Poisoned Pen Press/Sourcebooks on April 5, 2022. 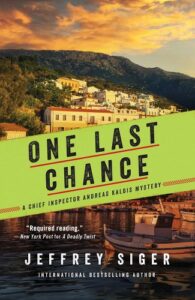 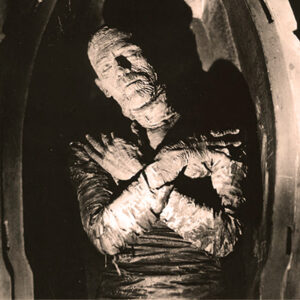 FRANKENSTEIN, published in 1818, established Mary Shelley’s monster as a permanent icon of horror, and is considered by many...
© LitHub
Back to top