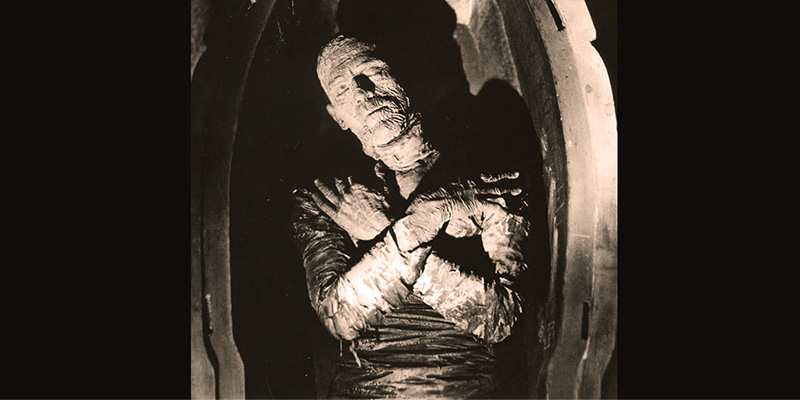 Lisa Tuttle on The Mummy! A Tale of the Twenty-Second Century, arguably the first novel to use now-common scifi tropes.

FRANKENSTEIN, published in 1818, established Mary Shelley’s monster as a permanent icon of horror, and is considered by many to be the first true science fiction novel. Yet The Mummy! A Tale of the Twenty-Second Century, published nine years later, has a much stronger claim to that position. It was also the first work of fiction to feature an Egyptian mummy restored to life, but it was too far ahead of its time to become the foundational text for the later wave of horror featuring vengeful mummies.

Despite some Gothic flourishes, The Mummy! is not strictly a tale of horror. It does not deal in ancient curses or dark magic, and if at first the mummy of Cheops appears as a grim, imposing figure with flashing eyes and an eerie laugh, striking terror into the hearts of all who see him, he turns out to be a strangely helpful Machiavellian operator as he swiftly involves himself in political machinations following the death of Queen Claudia in twenty-second century London.

Jane Webb’s imagined world of 2126 has been greatly changed by many new inventions and discoveries. In England, a series of failed revolutions and the rule of anarchy eventually gave way to a comfortable return to hereditary monarchy, but only under a queen, as the crown must be passed from one high-born, unmarried woman to another. Education is universal and steam-powered air travel is cheap; advances in industry and agriculture, including steam-powered plows and rain-making machines, have created abundance for all, yet class distinctions remain. The overeducated working classes must still serve the (fashionably ignorant) landed gentry, while steam-powered automata do the work of lawyers and surgeons. Drawing together strands of satire, romance, philosophy, and science, this is a fabulous steampunk comedy adventure that would translate very well to the screen.

“Where do you get your crazy ideas?” is the classic question asked of SF and fantasy writers; Jane Webb appears to have anticipated this and invented a dream-encounter with a spirit by way of explanatory preface. She was way ahead of her time in her ability to imagine new technologies and to envision how they might change people’s lives. Mary Shelley never specified how Frankenstein managed to give life to his creature—there is no laboratory or futuristic machinery in the scene she wrote, but Jane Webb, ever curious and practical, tells us her hero uses the most powerful galvanic battery ever known, its “fifty surgeon power” enough to reanimate a corpse. And if some of her inventions are sheer wish-fulfillment (Dr. Entwerfen’s “immortalizing snuff” cures any disease), others seem remarkably prescient—the powerful batteries, long-distance telegraph, air travel, mobile homes, mass-produced shoes, and coffee-making machines.

Jane was educated at home, evidently to a higher standard than most young ladies of her day. Her mother died when she was a child. In 1819, her father retired from being a lawyer in Birmingham, and they embarked on an extended tour of Europe. They lived abroad for more than a year, which contributed a great deal to Jane’s further education. An obituary of Thomas Webb describes him as “a man of a very superior mind… As a literary character, his acquirements were general in almost every branch of science: he was not only a philosopher and a poet, but a good man, and a bright instrument to society.”

It is clear that he encouraged his daughter to write; her first book, Prose and Verse, was privately printed not long before his death in 1824, and contains poems dedicated to him, as well as her free translations of stories from German, Spanish, Italian, and French sources.

Her father’s death left Jane without a home or source of income. An unmarried woman of twenty-four, she knew she would have to support herself, and writing was one of the few respectable occupations open to women at that time.

By 1826, she was living by her pen in London, one of the literary ladies who attended a salon hosted by Elizabeth Isabella Spence, and acquainted with many writers and artists. Frankenstein was undoubtedly an inspiration for The Mummy!, and Jane socialized with William Godwin, but whether she ever met his daughter Mary Shelley is unknown.

The Mummy! was well received and sold enough copies to have a second edition, but although she continued to write, Jane Webb abandoned science fiction after this promising start. In 1830 she married the eminent horticulturalist John Claudius Loudon, a fan of The Mummy!, who sought a meeting with its author, and evidently fell in love with her at first sight. She became his right-hand woman (his own right arm had been amputated) and threw herself into his work, learning all she could about botany, flowers, and how to design and maintain attractive gardens. As Mrs. Jane I. Loudon she went on to write many works of popular nonfiction, which encouraged more women to take up gardening. In this way, she did more to change society than if she’d continued writing fiction. I suspect old Cheops would approve. 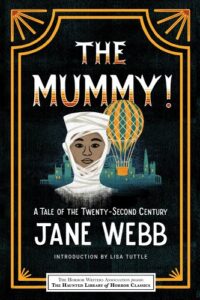 From Lisa Tuttle’s introduction to THE MUMMY: A TALE OF THE TWENTY-SECOND CENTURY by Jane Webb. Copyright ©2021 by Lisa Tuttle. Reprinted by permission of the publisher, Poisoned Pen Press.

Lisa Tuttle won the John W. Campbell Award in 1974 at the beginning of her career, and subsequently her short stories have won the British Science Fiction Award and the International Horror Guild Award, as well as being chosen for "Year's Best" anthologies and nominated for Hugo and Nebula Awards. Her novels include Lost Futures, Gabriel, The Pillow Friend, The Mysteries, The Silver Bough and, most recently, the first two in a series of supernaturally tinged mysteries set in Victorian England: The Curious Affair of the Somnambulist and the Psychic Thief and The Curious Affair of the Witch at Wayside Cross. She has also written nonfiction and books for children. American-born, she now lives with her family on the west coast of Scotland.

On The Law of Unintended Consequences 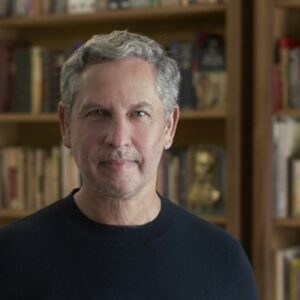 In his essay “When Fiction Lives in Fiction,” Argentinian author Jorge Luis Borges points to some moments in literature...
© LitHub
Back to top