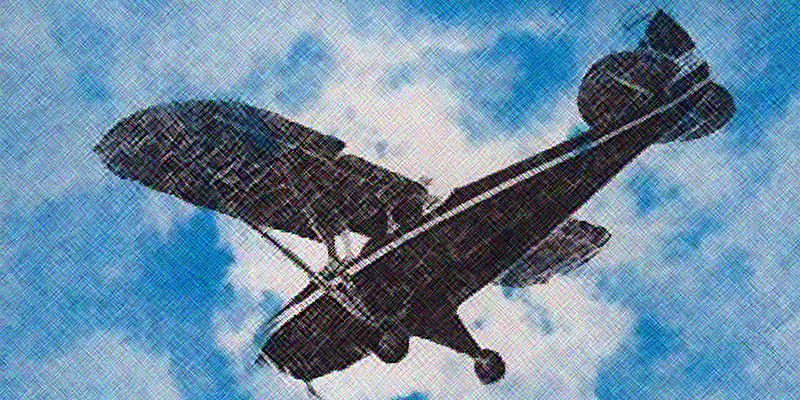 Margot Bennett's 1955 classic represents an author at the height of her powers, yet her career soon came to a sudden and mysterious end. Golden Age scholar Martin Edwards investigates.

The Man Who Didn’t Fly, first published in 1955, is a highly successful novel by an author of distinction whose crime writing career came to a sudden and rather mysterious end when she was at the peak of her powers.

The central puzzle in the story is unorthodox. A plane is engulfed in fire and crashes in the Irish Sea. The wreckage can’t be found. A pilot and three men were on board and their bodies are missing. But four passengers had arranged to go on the flight and none of them can be found. So who was the man who didn’t fly, and what has happened to him? This is such an original mystery that I don’t want to say much more about the plot, for fear of spoiling readers’ enjoyment.

The novel was a strong contender for the very first Gold Dagger Award for best novel of the year given by the Crime Writers’ Association (in those early days of the CWA, the award was known as the Crossed Red Herring Award). In the event, it was pipped by The Little Walls, written by Winston (Poldark) Graham, while Ngaio Marsh’s Scales of Justice and Lee Howard’s Blind Date were also shortlisted. A couple of years later, the novel was again a runner-up, this time to Charlotte Armstrong’s A Dram of Poison, for the Mystery Writers of America’s Edgar Award for best novel.

In other words, this was the first book to be shortlisted for the premier crime novel awards in both Britain and the U.S. Julian Symons included the novel in his The Hundred Best Crime Stories, a list compiled in 1958 for the Sunday Times and also published separately, in which he described Bennett as “the wittiest of recent crime novelists, but in other respects the most unpredictable.” As if that were not enough of an achievement, the story was adapted for television in America in 1958, with a cast including the young William Shatner, later to find fame as Captain Kirk in Star Trek, trying out his version of a British accent. Given the success of the book on both sides of the Atlantic, it’s sobering to consider that it has been out of print for a quarter of a century.

Margot Miller was born in Lenzie, Scotland, in 1912, and at the age of fifteen, she emigrated with her family to Australia. In the early 1930s, she spent some time in New Zealand, working on a sheep farm. Much later, she used her first-hand experience of the massive 1931 Hawke’s Bay earthquake for her mainstream novel That Summer’s Earthquake, set on a sheep farm and published in 1964. She took a job as a copywriter in Sydney, Australia, and moved back to London at the age of twenty-three, where she continued to work in advertising. During the Spanish Civil War, she went to Spain as part of the first British Medical Unit. There she met Richard Bennett, her future husband, who shared her left-wing political sympathies. The Bennetts had four children together.

Margot’s first novel, Time to Change Hats, was published in June 1945 but very clearly set in wartime, with references to the Home Guard and a rural English village invaded by evacuees. She and her two older children had themselves been evacuated, to a village in Cornwall. Her publishers described the book as “a story of drink, a cow, and the fine art of murder.” After the long years of war, they promised readers: “If you are tired of murder in the raw, here is murder in a comedy.” Bennett set the tone in her dedication (“To My Creditors”) as well as in the first line: “It is difficult to become a private detective; the only recognized way is to be a friend of the corpse.”

The narrator is John Davies, who finds his friends disobliging until Della Mortimer responds with a note saying: “I have not been murdered, but may be. A woman called Death has been leaving visiting cards.” This makes for a pleasing start to a story, and the book was well received in Britain and the U.S., although Bennett later commented, with some justice, that her attempt to “try the novelty of combining comedy with the obligatory murder” resulted in the book being too long.

Davies returned in Away Went the Little Fish, published the following year. This mystery displayed Bennett’s developing talent, but she promptly abandoned Davies, and she did not produce another crime novel for another six years. The Widow of Bath was undoubtedly worth the wait. Her skills as a crime writer had matured in the interim and the story blended first-rate characterization with a strong mystery puzzle. Bennett was, like all good writers, self-critical, and she observed that it “had an entirely plausible and novel plot, but it was low on comedy and had too many twists.” This success was followed by Farewell Crown and Good-Bye King, a book written with the accomplishment that marks all her fiction, albeit pivoting on a plot twist that is pleasing but perhaps too easily guessed.

Bennett felt that her last two mystery novels, this one and Someone from the Past were her best. After her near-miss with The Man Who Didn’t Fly, in 1958 she succeeded in winning the Crossed Red Herring Award (it was renamed the Gold Dagger in 1960) with Someone from the Past. The next year, 1959, she was also elected to membership of the Detection Club. She had reached the pinnacle of her profession. But that, as far as crime writing was concerned, was it. Astonishingly, she never published another mystery novel, an extreme example of a crime writer going out at the top.

She had reached the pinnacle of her profession. But that, as far as crime writing was concerned, was it.

Instead, she concentrated mainly on writing for film and television. Women Screenwriters: an International Guide describes her as a writer of B-movies, only two of which were actually produced, the comedies The Crowning Touch and The Man Who Liked Funerals. She adapted The Widow of Bath for television and wrote scripts for popular series such as the medical soap opera Emergency Ward 10 and Maigret. Her last known writing credits were in 1968. She wrote scripts for Honey Lane, a cockney forerunner of EastEnders, and a science fiction novel, The Furious Masters, which made less impact than her previous venture into sci-fi, The Long Way Back, published fourteen years earlier.

Why did this gifted and versatile author, who lived until 1980, first give up crime writing, and then apparently stop writing for publication altogether in her mid-fifties? It’s a puzzle to rival anything in her books, and I’m very grateful to Veronica Maughan for casting light on Bennett’s life and career. It seems that Bennett found screenwriting more lucrative than producing novels at a time when she was also raising a family, and that in the 1960s she became increasingly committed to political campaigning. She was closely associated with CND and Amnesty International and in 1964 published The Intelligent Woman’s Guide to Atomic Radiation, a book which (like her forays into science fiction) reflected her anxieties about nuclear proliferation.

This volume includes a bonus for Bennett fans in the form of a little-known short story, “No Bath for the Browns,” which first appeared in Lilliput in November 1945 and then in the U.S. in The Mysterious Traveler seven years later; I’m indebted to Jamie Sturgeon for supplying me with this information and a copy of the story.

It was thanks to Julian Symons’s Bloody Murder that I first became aware of The Man Who Didn’t Fly, and when I finally tracked a copy down in a library, I enjoyed reading it. Some years later, I was invited to write an introduction to a reprint published in 1993 by Chivers Press in conjunction with the CWA, and again the story entertained me. So this is, strangely, the second time I’ve written an introduction for a reprint of this novel—although I’ve tried to avoid repeating myself! My hope is that other readers will share my enthusiasm for an author who, despite a regrettably slender output, ranks high among British crime novelists of the post-war era. 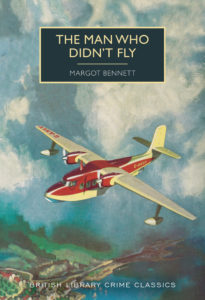 From Martin Edwards’ introduction to THE MAN WHO DIDN’T FLY, by Margot Bennett. Copyright © 2021 by Martin Edwards. Reprinted with permission from the publisher, Poisoned Pen Press. 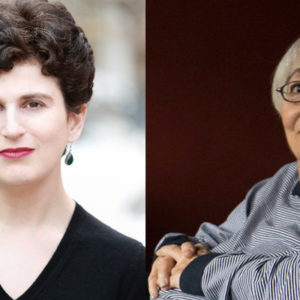 The headline pretty much says it all—after three decades of reviewing an incredibly wide variety of crime novels, Marilyn...
© LitHub
Back to top