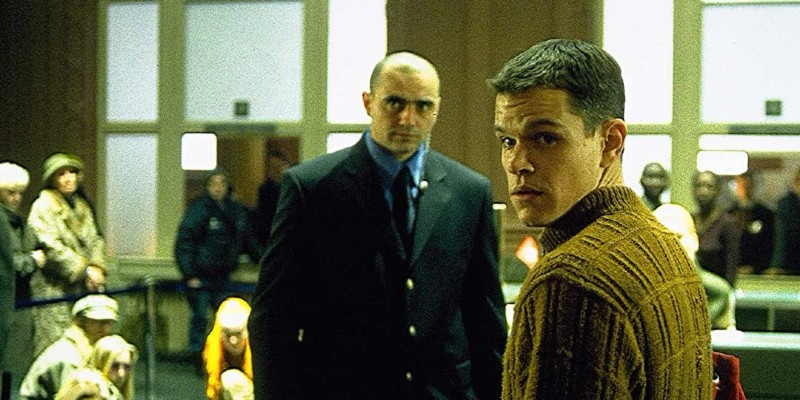 Writing and inventing inside the "Ludlum Universe"

When Putnam and the Ludlum Estates asked me to write The Treadstone Resurrection, all I knew was that it was a spinoff series that drilled deeper into the shadowy world of Operation Treadstone.

For those unfamiliar with the Ludlum Universe, Operation Treadstone was the covert CIA program that took Jason Bourne and turned him into a genetically modified assassin. A man capable of killing without hesitation or remorse. My contribution was to create a new hero. A protagonist who’d give readers a Bourne-like experience, but not a Bourne rip-off.

At first glance, it seemed pretty straightforward. In fact, as I began developing my protagonist, a former Treadstone operative named Adam Hayes, I told myself that not having Jason Bourne hanging around would make my life easier.

Turns out, that was total bullshit.

You see what I didn’t know at the time was that iconic characters like Jason Bourne cast long shadows. Really long shadows. And no matter what kind of literary sleight of hand I employed, it seemed that Adam Hayes just never measured up. Either he wasn’t smart enough or fast enough or cool enough. I wasn’t sure. But one thing was certain: Adam Hayes was being eclipsed by a man who wasn’t even in the damn book.

The first problem I encountered was straight out of Character Development 101. Mainly, an author needs to create a likeable protagonist. Now, I’m not saying your hero needs to be a choir boy or the kind of person who helps old ladies across the street, but they’ve got to have some sort of moral compass. Only problem was that removing a man’s moral compass was pretty much Operation Treadstone’s bread and butter.

The best approach was the one Ludlum took in The Bourne Identity, when Bourne developed amnesia after being shot in the head. I mean, how good is that? Not only can he not remember being a cold-blooded killer, but you as the reader are immediately sympathetic because the poor guy can’t even remember his name.

Thanks a lot, buddy.

I spent days trying to write my way out of this problem, and when that didn’t work; I went back to the source material. Then I spent another couple of days re-reading the books and re-watching the movies, desperately searching for a solution. When that didn’t work, I knew there was only one thing left to do—start drinking.

I was about halfway through the bottle and my thoughts were wandering around my brain like a dog off a leash when out of nowhere I remembered this article about Carl Jacobi, a German mathematician who believed the best way to clarify your thinking was to restate math problems in inverse form.

Now, I suck at math, so how you restate a math problem in reverse is beyond me, but I got the concept. All this time I’d been trying to out-think Robert Ludlum, create a protagonist who was stronger or smarter than Bourne, but this is not the way. I knew that now, and after jotting my findings on a Post-It Note, it was off to bed.

In the end both Jason Bourne and Robert Ludlum are icons for a reason. Mainly because when The Bourne Identity came out in 1980, books like that weren’t even popular. It wasn’t until after the books came out that audiences realized what they’d been missing. The same is true for the big screen. Don’t believe me? Fine, go back and watch The Bourne Identity and Die Another Day, both released in 2002. Then go watch Casino Royale the next Bond movie released in 2006 to see how the 007 franchise was rebranded to match the hyper-realism of the Bourne films.

When you’re done with your film comparison, go pick up a copy of The Treadstone Exile and find out why neither James Bond or Jason Bourne want to meet Adam Hayes in a dark alley. 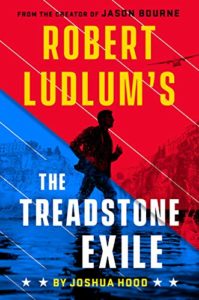 Joshua Hood is the author of Warning Order and Clear by Fire. He graduated from the University of Memphis before joining the military and spending five years in the 82nd Airborne Division. On his return to civilian life he became a sniper team leader on a full time SWAT team in Memphis, where he was awarded the lifesaving medal. Currently he works as the Director of Veteran Outreach for the American Warrior Initiative. 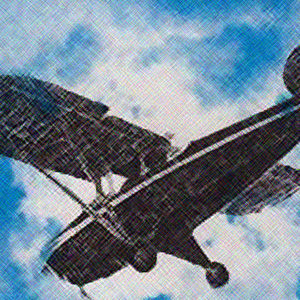 The Man Who Didn’t Fly, first published in 1955, is a highly successful novel by an author of distinction whose crime writing...
© LitHub
Back to top