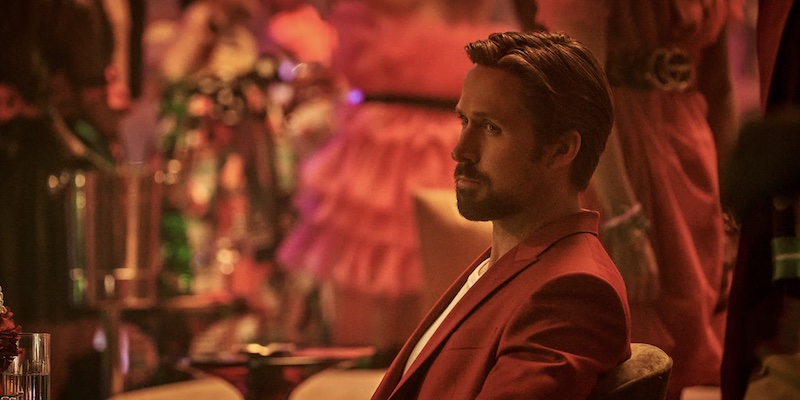 The new film from the Russo Brothers stuffs itself with allusions to great spy franchises, but the result is bloated and exhausting

One time, in high school, I went to my friend’s birthday party at a buffet restaurant. The tables were lined with displays of every prepared food I could imagine. I put a little bit of most everything on my plate, and when I was done eating, even though a lot of the individual bites tasted good on their own, I felt sick and unhappy. If I were really pressed for time, these three sentences could function as my entire review of Anthony and Joe Russo’s The Gray Man, an exhausting, disorganized smorgasbord of an action movie which samples everything from John Wick to The Bourne Identity to Man on Fire and thus overwhelms itself to near unintelligibility. Which is a shame, because a handful of the sequences themselves are really quite good.

The Gray Man is about a prisoner (Ryan Gosling) who is recruited by CIA Agent Fitzroy (Billy Bob Thornton) to join an elite task force called the Gray Men that hunt and kill “bad guys.” Or something. Two decades later, he’s known as “Sierra Six” and he’s doing just that, taking out shady guys with sniper rifles in dance clubs. When a target informs him that the CIA handlers who’ve taken over since Fitzroy’s retirement (including Regé-Jean Page) might actually be… bad guys themselves, he winds up on a rogue mission to maybe kind of catch them? Or something. It’s unclear what his next move is because then the CIA decides they had better take him out for good.

They hire a consultant, Regé-Jean Page’s old Harvard buddy, a mustachioed frat-boy-looking psychopath in knit polos named Lloyd Hansen (Chris Evans), who has no morals but gets results. It seems like the story is going to become a cat-and-mouse plot between Six and Hansen, but the entitled Hansen is merely a fat-cat, a nasty housecat, for most of the film—a rich, preppy jerk screaming directions to tactical teams and threatening various underlings to work faster, while he sits around.

Six is a “hitman with a heart,” and the film proves it in as many ways as it can. He won’t kill anyone if a child is near, won’t toss anyone a loaded gun… turns out, the reason he was in prison at all was for a super good-guy reason. He might be a Gray Man, but his moral character is not given any interesting gray areas. Furthermore, whatever history he has is foisted upon the audience in aggressive brief flashbacks rather than given to Gosling, a more-than-capable actor, to explore and unearth.

Six has help, kind of, from a basically-nameless agent in the person of Ana de Armas, whose loyalty to him doesn’t make sense and is never explained. But Six’s real personal motivator is the child for whom he is a father figure, Fitzroy’s disabled and precocious preteen niece Claire (Julia Butters). He once worked as her bodyguard. There is a long slow part about this. She likes listening to records, taking photos with her blue Fujifilm Instax Mini, and negging him. It’s not clear what he likes about this condescending seventh-grader, except maybe that he doesn’t really know anyone else for context.

Anyway, Lloyd kidnaps her to force “Fitz” to share the dirt on Six before we even meet her, and an out-of-place flashback in the middle of the film re-contextualizes that the three of them (Six, Fitz, and Claire) are a kind of family. So, then, the movie is about how Six is going to save her. I think. There’s a lot going on.

The Gray Man is the most expensive movie Netflix has ever made, and this is clear because there are about six million high-octane action sequences, all chaotically smushed together, with only a few excessively maudlin scenes in between for breathing room. This is a shame because there are a ton of impressive, precise stunts, masterly camera movements, and genuinely cool setpieces throughout, especially an action sequence on a trolley car and a bold escape from a trap-door-concealed stone pit. There’s even one scene in a hospital that has become overrun by all the bystanders injured in the previous city-wide chase sequences—the film’s one wise touch.

One of the film’s most standout scenes features Six riding on top of the out-of-control trolley, using the view in the reflective windows he’s whizzing by to shoot someone inside the trolley car. But these moments get lost amid the barrage, the bloat of breathless fight sequences and constant explosions, all of which would be much more impressive if they had been spaced out and counterbalanced more. Also, all the saccharine stuff between Six and Claire is voided thanks to a couple of grotesque torture scenes that spin the film’s genre needle to “body horror” for a split second.

The Russo brothers clearly want their film to have interesting imagery, which it does, because they have given it every single color palette. There are worse crimes than making a vibrant-looking film, and The Gray Man certainly resembles one at times; there’s a lot of colored glass, colored smoke, colored tile in some scenes, but then bland, generic studio spy visuals in the others. Perhaps the film’s biggest visual letdown is the random villa in “Croatia” that becomes Lloyd’s command center and his prison for Claire and the setting for the third act’s final showdown. A nondescript mansion is, frankly, a very boring lair.

The cast does what it can with very little room left. Although Hansen, the WASPy psycho consultant, really only gets to scream abuses at people, Evans is clearly having a lot of fun hamming it up. Lloyd is not given a personality beyond “asshole” so he can’t become a Blofeld or a Goldfinger, but Evans gleefully rides that limited character’s evilness to the moon and back, a grand-guignol Snidely Whiplash on cocaine, the kind of guy who’d twirl his mustache with his finger if it were long enough and then maybe set some puppies on fire.

I think part of the film’s frenzied tone is its excitement to try on different hats; with its impossibly evil villain and its pulsing, polychromatic club scenes, it seems to be emulating John Wick for a while, until it emulates another spy movie, and another, and another. The writer-director Russo Brothers like movies, and who can blame them? Movies are great. The only thing is, there is a difference between consuming movies for inspiration and consuming them for mindless regurgitation. If ever a film could smile and show you all the backwashed debris in its teeth, it would be this one.

It’s sad, given much of its earnestness, that The Gray Man is a haphazard rainbow of spy-cliche schlock with very little originality to buoy it. Leaving the theater, I might have forgotten I saw it if it hadn’t been for the splitting headache it gave me to take home.

Nope is a Masterclass on our Relationship to Entertainment 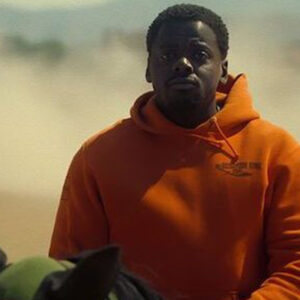 Nope is a Masterclass on our Relationship to Entertainment

Seeing Nope before all the knowing hype is the closest thing I will probably ever experience to seeing Jaws in theaters in the summer...
© LitHub
Back to top