"Today’s games have been honed by the manufacturer’s team of behavioral psychologists and lots of experimentation..."

Who doesn’t love Candy Crush? Well, me, as I’ve never played it—but I was a fan of Bejeweled back in its day, I used to spend an hour every night playing Mah Jong Tiles and currently, escape room puzzle games. My sister posts her Wordle scores. My brother spends hours in SimCity 2000. Oh, time suck extraordinaires, why do we love thee so?

Because their makers want us to.

In my new book Red Flags, a kidnapping is set against the backdrop of a controversial Senate vote on video game regulation. I picked this topic, more or less, on a whim. Note to self: next time use a subject that isn’t sprawling, amorphous and ever-changing.

But learning how those games keep you playing until your report is past due and you should have been in bed an hour ago—well, that was more of an eye-opener than Death Wish Coffee.

Some enticements haven’t changed since you kept a supply of quarters in your pocket to play Asteroids in an arcade, and usually revolve around ego. The challenge of a High Score—that could be your initials up there. Multiplayer games—you can beat that kid in Japan you’ve never met, or the guy at the office who works in Records. Flattery never fails. That’s why we win in games at a much higher (i.e., unrealistic) rate than we do in real life. Designers know to give players a reason to believe that they are above average.

For those with a less megalomaniacal bent, it’s cool to make a new friend in Japan or discover a new world—something that has prodded humans on for centuries and is no different when the world doesn’t actually exist.

But today’s games have been honed by the manufacturer’s team of behavioral psychologists and lots of experimentation, designed to grab the attention (and wallet) more deeply and more efficiently.

One: Skinner’s box. B.F. Skinner’s rat learned to press a lever to get food. Action leads to rewards, and rewards are fun. They are the largest factor in game play and require an intense amount of design to reach a delicate balance of exactly when to reward x amount of effort with y amount of reward. Too many rewards, and your brain gets bored. Too difficult, frustration sets in and you decide to play something else. Timing is careful; new levels and virtual possessions come fast and furious when you start playing, to set the hook, but then it takes longer and longer plays to get to the next chapter. Rewards need to be not-so-predictable (called variable reinforcement ratio); unexpected rewards are very motivating, but only to a point, so some rewards are fixed and others variable to get the best of both techniques. Randomness of rewards may sound counterproductive but is actually the most effective way to keep people playing. However, the randomness needs to be carefully skewed to the player’s benefit, or they will feel that the game is cheating. (As mentioned above, we win unrealistically often.)

All those manipulations must be cleverly hidden so players feel like they have control over their choices in the game. It’s illusory—the game progresses pretty much the same no matter what choices you make, because actual control is not important. It’s the illusion of control that’s important. Think of Tetris. You don’t really have any influence over what drops from the top, but making the connections feels good.

Two: More stuff. Today’s games have accoutrements: daily quests, goals, avatar accessories, dances, and gestures. If they aren’t freely given, they’re available for purchase. Players can buy weapons, coins, extra lives, better health, ‘skins’ and outfits—you might be fashion-challenged in the real world, but online you can dress like a rock star. This not only rakes in some coin but contributes to the overall goal of making you want to keep playing—

the more time and funds a player invests in a character, the more likely they are to stick with the game.

And when I say ‘money,’ I don’t mean the virtual kind. Games are often free, so designers rely on the in-app purchases to rack up the profits. Extra moves in Candy Crush Saga will cost you a mere ninety-nine cents—a brilliant price point, by the way. Not even a buck, you tell yourself. But those tiny, constant, myriad microtransactions helped rack up close to two hundred billion in annual revenue for video games.

You don’t have to open your wallet, of course. You can earn virtual coin, slowly, by playing the game a lot or by watching advertisements for other games. Either is a gain from the designer’s point of view.

I wouldn’t shell out real money for those weapons and coins and skins, you think. It’s not real. But what is real anymore? There’s a reason so many games use coins or gems as rewards, because what is valuable in real life seems equally valuable even when in a virtual world. Games have scores, new levels reward you with jewels, my room escape puzzles include a hidden coin in every room. Accumulating them means nothing, gains one nothing—but even a meaningless number, as long as it keeps going up, tricks players into equating these items with real-world value.

Three: Double down. Once a player grows accustomed to shelling out real money for a virtual world, refinements like loot boxes are added. This is a virtual box with a mystery virtual item, available for purchase with longer play or very non-virtual money. One might as well plop down in front of a slot machine—and children and teens, not yet to a legal level of maturity, can play themselves into crippling debt as easily as any adult. A high school student with a part-time job and no car racked up nearly fourteen thousand dollars in tiny in-app purchases. Actor Jack Black’s 8-year-old son spent three thousand dollars the same way. A 45-year-old pled guilty to embezzling 4.8 million from his employer—and spending one million of it on Game of War. Several countries like Japan, China, Belgium and the Netherlands have enacted legislation to restrict or ban loot boxes.

These three structural prongs and other techniques are all parts of the ‘addiction algorithm,’ used to calculate the game’s timing, spacing, and perception. It’s the same type of cybermagic that lets Facebook know what posts to put at the top of your feed or why Amazon believes you’ll prefer mint toothpaste over orange-flavored.

So we’re being directed. But is this anything new? Is this manufactured addiction an evil empire or simply good business sense? Of course everything online is designed to keep you online—what’s the difference between getting a magic coin when you move up a level in Bejeweled or Facebook introducing the News Feed and Twitter posting What’s Trending Now so that you keep scrolling and scrolling. Or offline, as when television channels have a million commercial breaks, but not between the end of one show and the beginning of another—don’t change that channel! Where does manipulation cross the line from expected to criminal?

So…it’s the end of a long day. A spot of Clash of Clans will get you relaxed and ready for bed, you think. Just fifteen minutes. But an hour later, will you still be thumbing your phone?

Of course you will. 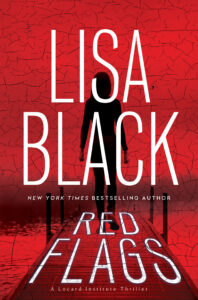 Lisa Black is the New York Times bestselling author of 16 suspense novels, including works that have been translated into six languages, optioned for film, and shortlisted for the inaugural Sue Grafton Memorial Award. She is also a Certified Latent Print Examiner and a Certified Crime Scene Analyst, beginning her forensics career at the Coroner’s office in Cleveland Ohio and then the police department in Cape Coral, Florida. She has spoken to readers and writers at numerous conferences, been a consultant for CourtTV, and was a Guest of Honor at 2021 Killer Nashville. Her latest book, Red Flags, is now available.
http://www.lisa-black.com/

The Social Importance of the Tearoom 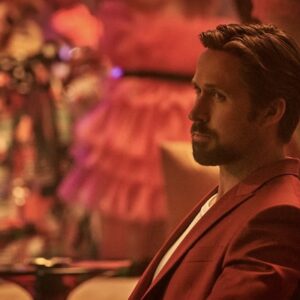 One time, in high school, I went to my friend’s birthday party at a buffet restaurant. The tables were lined with displays...
© LitHub
Back to top