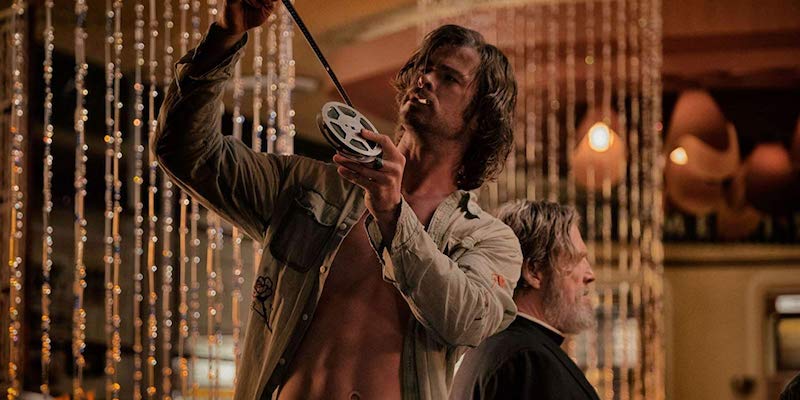 But Bad Times at the El Royale is better, and here's why.

For those who are suffering from an overload of Manson content, my deepest apologies. Please click away now. For those who didn’t quite feel satisfied with Quentin Tarantino’s latest offering, stay put—before Once Upon A Time in Hollywood graced our screens with an off-kilter representation of Charles Manson and his crazed acolytes, last year’s Bad Times At the El Royale had already done so—and done it better.

Bad Times is, ostensibly, a film about five strangers who arrive at a hotel that, despite its choice location astride the California and Nevada border, has seen better days. Each stranger—and the hotel itself—has plenty of secrets to hide (except for the down-on-her-luck-but-still-striving nightclub singer Darlene Sweet, impeccably played by Cynthia Erivo, who provides a moral foil to the other characters), but most relevant to this discussion is a taciturn hippie with a rifle who’s stolen her sister away from the clutches of a Manson-inspired cult. While the first half of the film slowly unfolds as each character’s secrets are revealed (usually in a musical set-piece), the kidnapped younger sister’s call to the cult leader heralds the arrival of a larger, significantly-more-cut version of Charles Manson, along his followers, as the catalyst for the film’s second half, a gloriously choreographed shootout with surprising heroes and a heart-rending redemption narrative.

While most characters in Bad Times agree—whether willingly or not—to participate in the cult leader’s deadly games, allowing themselves to be wrapped up into his narrative of late-capitalist collapse, the film’s one true innocent—Darlene Sweet, the Lounge Singer—refuses. One of the plot points of the film hinges on a potentially lucrative blackmail reel of a powerful man undone by his own peccadillos (it’s probably supposed to be a Kennedy). When the cult leader attempts to spark Darlene’s curiosity as to the contents of the film reel, she responds, in one of crime cinema’s best monologues of the new century, “Let me guess. It’s some man, who talks a lot. He talks so much that he thinks he believes in something. And really just wants to fuck who he wants to fuck. I’ve seen it enough. I’m not even mad about it anymore. I’m just tired. I’m just bored of men like you. You think I don’t see you for who you really are? A fragile little man, preying on the weak and lost.”

Tarantino wants to play into the idea that the 60s ended with the Manson murders, while Bad Times, with its 50s era upholstery, early 60s era FBI agent, and mid-60s soundtrack, is quite certain that the 60s never existed in the first place.

If only Tarantino had listened more to this message, because while Once Upon a Time in Hollywood attempts to marginalize Charlie Manson to the periphery of the film, he still ends up meeting the Manson Family on its own terms—probably because, unlike Bad Times, Once Upon A Time is missing a critical female voice. The only speaking roles given to women are reserved for the naive—i.e., Sharon Tate—or the complicit—i.e., the Manson girls. Nowhere in the story is the voice of the cynic, because Tarantino wants to play into the idea that the 60s ended with the Manson murders, while Bad Times, with its 50s era upholstery, early 60s era FBI agent, and mid-60s soundtrack, is quite certain that the 60s never existed in the first place (except, perhaps, in the imaginations of a few lost souls).

Once Upon a Time, in contrast, must work overtime to construct a fantasy of innocence in order to have enough material to tear down. What if, Tarantino asks, the Manson Family had invaded the home of someone who actually knew how to fight? The heroes are all from Westerns—faded action star Rick Dalton (Leonardo DiCaprio) proves himself a Whitehat through his professional willingness to play Blackhats and humble acceptance of the decline of his career, while his stunt-double Cliff Booth’s war record, love of his dog, and willingness to play second fiddle to Dalton overshadow his past as wife-killer (and of course, in the only scene in which we meet Booth’s wife, she’s being annoying enough that the audience would be willing to accept any fate to befall her). Like Marlowe in Altman’s The Long Goodbye, they are useless relics of a more violent time, and a more violent imagination, up against a 1960s filled with lost young women they’d rather cast as voracious harpies devouring old men than understand as individuals with complex relationships to a community that alternatively exploits them and provides for them.

Once Upon a Time and Bad Times, in essence, have the same ending. In each film, a former war hero gets a chance to redeem himself by taking down a whole mess of cult members. Each has a similarly de-gendering approach to violence against women, only portraying it as acceptable once a woman has refused the protection of society. In the case of Bad Times, the younger sister changes from a character to be protected to a character to be killed once she murders her older sister; in the moral universe of Once Upon a Time, there’s a direct contrast between beautiful young wives, who deserve protection, and the knife-wielding, old-man-exploiting crazed Manson followers who are worthy of not only death, but violent, painful death. We cheer when Booth (played by Brad Pitt) and Dalton (played by Leonardo DiCaprio) take down the Manson family invaders in Once Upon a Time. We only begin to feel a sense of poignancy when Margot Robbie’s Sharon Tate comes out to check on her neighbors, thus reminding us of her actual fate. Bad Times expresses straightforward sympathy towards the cult member, her would-be rescuer, and her traumatized killer, a former sniper in Vietnam haunted by his memories and reluctant to kill again until crisis strikes.

There’s an argument to be made that the violence of Once Upon A Time is slapstick, and is more of a statement about the impact of cinematic violence on society than it is a film about the Manson murders. But that’s every Tarantino film. Manson’s allure (and, for that matter, JFK’s appeal) rested on society’s willingness to forgive the sins of a man they found interesting. Let’s not make the same mistake when it comes to cinema.

Is the Whodunit Mystery Poised for a Big Screen Renaissance? 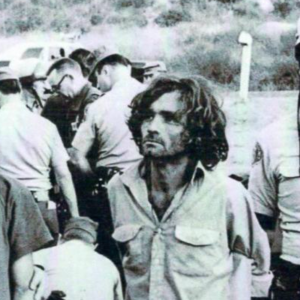