One Crime Novel for Every Country in the World Cup

A Mystery Lover's Guide to the World's Greatest Sporting Event

If you’re anything like us, major world sporting events come around every two to four years and you wonder, which of the various arbitrary means at my disposal am I going to use in deciding which countries/athletes to root for? How best to savor the spirit of international competition while also exercising my penchant for making sweeping judgments about entire nations and cultures?

Fellow readers, may we propose, for Russia 2018, approaching the World Cup as a curriculum in crime fiction? Go on, do some arm-chair traveling between games, dive into the literary traditions of the many countries that make up this glorious tournament by following the one thread that runs through all these nations: the crime novel. What genre is more global, more popular, more truly suited to accompanying the world’s greatest sporting event?

We’ll even help get you started. Below, we’ve broken down the World Cup groups with one crime novel for every country competing, and we’ve even thrown in some half-baked commentary on which team / fiction will give you the most sustained satisfaction these next few weeks. It’s the World Cup for mystery lovers. The World Cup as it was always meant to be.

The host nation gets pride of place in the tournament and on reading shelves—if there’s one thing Russia has never been short on, it’s fodder for crime fiction, whether of the hard-boiled, traditional, or espionage variety. Egypt has a strong tradition of its own and plenty of good modern noirs, but if you’re running low on time and have to choose between a crime novel and watching YouTube supercuts of Mo Salah goals, let’s be real: watch the Salah goals. Egypt’s leading man is a work of art in and of himself, so really you can’t lose. Group A is easily the weakest in the World Cup, but when it comes to mystery fiction, they’re a leading contender.

Egypt: Metro: A Story of Cairo, by Magdy El Shaffee

One of the more competitive groups in this year’s World Cup, and certainly a politically/athletically contentious group. The rivalries on the Iberian peninsula run deep, and of course Spain and Morocco (flying different flags) have, throughout the course of history, claimed various pieces of one another’s countries.. Not to mention the Iranian wild card. For this group, you’re going to need some crime fiction that’s socially conscious, historically complex, and politically aware. Start with Vázquez Montalbán, an OG of Mediterranean Noir and a good jumping off point for your literary tour. This might well be the strongest group in terms of mystery. On the pitch, Spain has the most realistic chance to proceed into the later rounds, although the defending Euro champs, Portugal, might well make waves. All that said, go Atlas Lions.

Spain: Murder in the Central Committee, by Manuel Vázquez Montalbán

Iran: Among the Ruins, by Ausma Zehanat Khan

Group C is certainly full of heavy hitters on the page, boasting two Nobel laureates, a Booker prize winner, and an internationally acclaimed (and bestselling) luminary of Scandinavian Noir. On the pitch…well, we’ll see. Australia occasionally surprises in international tournament play, so you might want to start with Carey and hope for a feel good story as the opening round unfolds, but chances are the Aussies will be bowing out in the opening weeks of the tournament. For sheer on-and-off pitch quality, make sure to carve out time for France, where Modiano remains the class of international noir, with his searching, meditative mysteries, and on-field, Antoine Griezmann has been making a strong case as one of the world’s best 5-7 players. The young French squad has been gaining steam as a contender for the title, so join the bandwagon now.

France: Out of the Dark, by Patrick Modiano

Australia: The True Story of the Kelly Gang, by Peter Carey

This promises to be one of the most eagerly-watched groups, especially the opening match between Argentina (does Messi have the magic left?) and the recent Euro Cup darlings, Iceland. Croatia, though, has a stand-out player in Luka Modric and a stand-out crime novel in Alen Mattich’s unforgettable Zagreb Cowboy, set against the fall of Yugoslavia in 1991, a thriller where the tension is not whether the state will be saved, but how quickly can/will it fall. As for Nigeria, it’s difficult to choose just one novel, but Leye Adenle’s recent Easy Motion Tourist is a favorite at CrimeReads and a great place to start if you’re new to the thrills of Lagos literature or just an every-four-years fan of the Super Eagles.

Brazil is always going to be a favorite of fans and oddsmakers come World Cup time, and it just so happens they also have one of the great (and in the States, criminally under-appreciated) crime novelists in the world, in Rubem Fonseca. Take the excuse to discover Fonseca—located on the literary spectrum somewhere between Chandler and Pynchon—while the Seleção, led by Neymar and Philippe Coutinho dances its way through the first round. Costa Rica was 2014’s Cinderella team, advancing all the way to the quarters and nearly making it to the semis, so be careful not to sleep there. The Swiss make a good case, but realistically, this is the time for Brazilian football and fiction to shine.

Switzerland: The Pledge, by Friedrich Dürrenmatt

Welcome to the Group of Death. That title may be more in question this year than in other World Cup’s, but when you combine the defending champs and odds-on favorite with the class of the Americas and the always plucky Swedes, you’re going to find some competitive football played. The crime fiction is damn solid, too, with international legend Paco Ignacio Taibo II leading the way, out of Mexico, and plenty of great Scandinavian crime fiction to boot, not to mention that Korean Noir is the genre du jour in mystery circles. If you’re going to pick just one group to read/watch—why would you limit yourself?—this is certainly the way to go: Group F, ride or die.

Hard to find a World Cup group with a more prolific crime tradition than Group G, which includes both Belgium (motherland of the outrageously prolific Georges Simenon) and England, where all 53 million residents have written a mystery novel, and yet still they haven’t won a World Cup since 1966. Many oddsmakers are putting money behind Belgium’s golden generation, but don’t miss that Panamanian flare. The English, you can pretty must rest assured, will find a way not to succeed, but they will always be the country that gave us both Agatha Christie and David Peace. That’s a hell of an accomplishment, and nobody can ever take it away.

Belgium: Maigret at the Gai-Moulin, by Georges Simenon

And finally there’s group H, with two of the more lively crime fiction scenes right now, Colombia and Japan. Out of Colombia, you might well use this as an excuse to catch up Juan Gabriel Vásquez, but if you want to really get at the heart of the country’s noir, opt for Santiago Gamboa’s Night Prayers, one of the most ambitious and accomplished crime novels of the last decade. Japanese crime fiction also offers up abundant  and fantastic options, headed up by cult favorite, Fuminori Nakamura, a visionary and global phenomenon. On the pitch, this group is unlikely to send anyone through to the later rounds (along with Group A, they’re probably bottom of the barrel), but in the world of mystery fiction they’re second to none.

Senegal: No Woman No Cry, by Asse Gueye 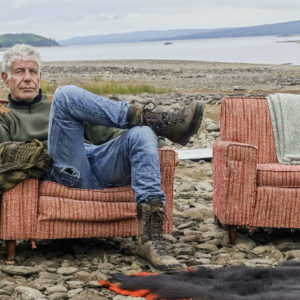 Anyone who has ever worked in a bookstore has heard the question, “I’m taking a vacation to (insert destination). Do you have...
© LitHub
Back to top