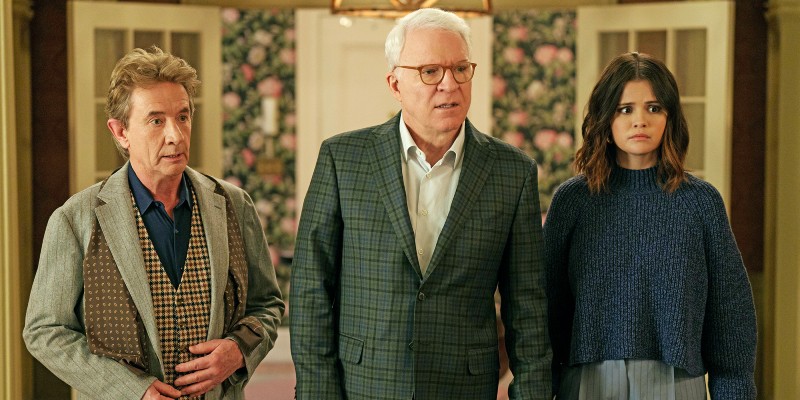 Tara Lush on the hit show that cozy mystery fans are proud to call their own.

“I’m so on board with this. Because this is how I’m gonna fill the rest of my days with hobbies, and my hobby is solving murders.” — Charles-Haden Savage, Only Murders in the Building.

In the future, those of us who lived through the dark times of the 2020-2022 pandemic will measure those years in what we watched while we tried to mentally disconnect from the virus and the world.

Binging streaming TV series was a balm for our stressed souls.

We started, of course, with Tiger King, a docu-series about troublingly strange people who were obsessed with big cats. Some of us sampled the sexy-yet-mind-numbingly dumb 365 Days, if only because the main characters were beautiful and were having the sex we weren’t.

After that, we did a one-eighty and tried to redeem what brain cells we had left with Ted Lasso, or perhaps the Queen’s Gambit.

By 2021, we were ready for a touch of the real world. But not too much, because things were still dicey.

And that’s when we were given the best viewing gift of all: a cozy mystery series. There is nothing like a little gentle murder, one that’s low-stakes yet interesting, to capture our attention.

Only Murders in the Building, starring Steve Martin, Martin Short, and Selena Gomez — along with a rotating list of A-list stars — was released in August of 2021, just as Hot Girl Summer was withering into another dreary, lonely fall.

Readers of cozy mystery novels recognized the series for what it was right away. It had all the hallmarks of the genre: amateur sleuths, a tight knit, closed community, a non-gory homicide, no on-screen sex. The premise was simple: three incredibly different people who all love true crime podcasts come together to make a podcast of their own when a murder happens in their New York City building.

Viewers fell in love with the series, and so did critics; it won multiple Emmys and Golden Globes. Season Two was released in 2022, and a third season is already underway.

The show is both similar and soothing to other cozy TV staples like Murder She Wrote, but with a fresh twist. The Atlantic said it had “a critical self-awareness of the tropes, devices, and fandoms of the genre.”

It reminded me of one of my favorite cozy series, which is set in New York City: the Coffeehouse Mysteries by Cleo Coyle, set in a fictional café in Greenwich Village. Both OMITB and Coyle’s series prove that you don’t need to turn to a small New England fishing hamlet or an English village to get that cozy feel.

I have a theory that since the pandemic, people have discovered, or re-discovered, cozy mysteries. The genre is perfect for armchair travel.  And in a world that’s become scary and complex, the concept of seeking justice for one homicide turns sharp reality into a comfy, manageable — and most importantly, bingeable — escape.

I published my first cozy mystery, Grounds for Murder, in December of 2020, about nine months before OMITB came out. Although my series location — a sweet coffee shop on a fictional Florida island — is miles from the gritty streets of New York City, the two share many themes that are prevalent in the genre.

The bedrock of almost all cozies is the setting. It must make you want to visit, or possibly live in the location. OMITB is set at the Arconia, a 13-story Upper West Side condo building that actually exists (but is called the Belnord).

In the show, the Arconia manages to be both luxurious and down-to-earth, and quite mysterious. Cozy fans love when a place becomes another character in the story, because they know that a setting can contain deep, dark secrets and reveal deeper truths about the crime. In the second season of OMITB, this is portrayed literally when the trip of amateur sleuths stumble upon a secret elevator in the Arconia.

What OMITB does particularly well is the friendships, another essential cozy component. For cozy authors, I think this is the most important aspect about the show to study for your own books. The writers have managed to form a multi-generational sleuthing trio that’s truly funny. It takes age stereotypes and leans into them, playing them for jokes, while bringing three lonely people together for a common purpose (murder, obviously).

That the trio form a tight, if not snarky, unit against all their neighbors is something that I think readers, and viewers want. Don’t we all want to belong to an exclusive group of eccentrics? Murder is a terrible thing, just like our current reality. Don’t we want a group of funny friends around with a drink or a cup of coffee to help us get through it all? If you can solve a puzzle along the way, even better.

And in speaking of eccentrics, there are the suspects. OMITB is chock full of weird, funny, and often poignant characters. I think this is something cozy authors should study about the show, is how the writers manage to make the victims sympathetic and well-rounded.

As Olivia Rutigliano wrote in CrimeReads in September 2021, the show “asks (literally in the third episode and thematically everywhere else) ‘how well do you know your neighbors?'”

In this genre, the answer is always not well enough.

Since OMITB has become such a huge hit, I’m hopeful more modern mysteries like it are on the way, because there are a lot of cozy books just waiting for their turn on TV. 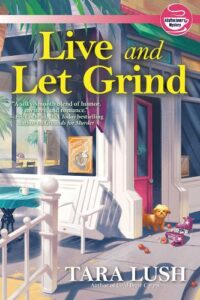 Tara Lush is the author of LIVE AND LET GRIND, the third in the Coffee Lover’s Mystery series from Crooked Lane Books, that came out Oct. 11. A former Associated Press journalist, she lives on the Florida Gulf Coast with her husband and dog. 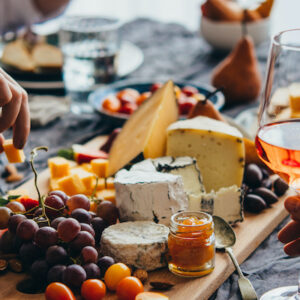 In Mystery at Windswept Farm, the third book in my mystery series, Rosalie Hart has been surprised with the opportunity to study...
© LitHub
Back to top