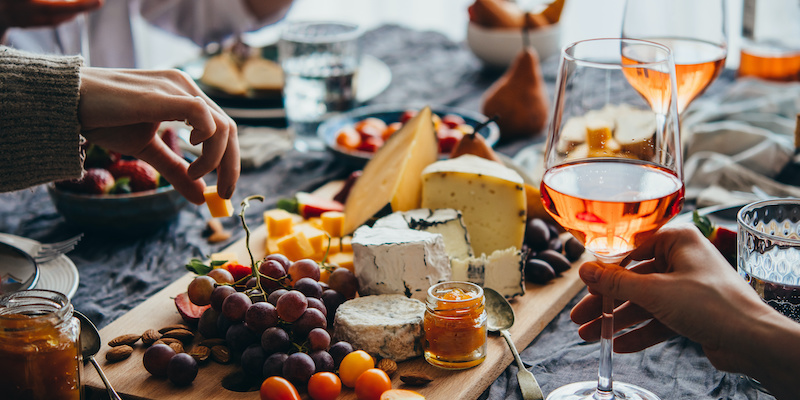 "Embracing far niente allows your mind to free up and unshackle the best of your creativity."

In Mystery at Windswept Farm, the third book in my mystery series, Rosalie Hart has been surprised with the opportunity to study with an Italian chef. While researching Italian food and culture, something I could do all day every day, I came upon an Italian saying: Il Dolce Far Niente. Translation: the sweetness of doing nothing.

Further research revealed that Italians embrace this concept in all aspects of their lives: friends and family, food, even their work. I was intrigued.

Writers have a particularly odd way of viewing what we do. Although we refer to our job as a craft, an art, we often bemoan how difficult it is. We talk of writer’s block, attention deficits, isolation, odd hours, and sometimes wonder if we should drink like Hemingway in order to be successful. Not only do we agonize as we struggle to complete a project, once it’s finished we gather with other writers so that we can critique one another’s work. We pitch and query our hearts out only to be rejected again and again.

Yes, I’ve done all of the above, except drink like Hemingway, but there’s still time. And I am successfully published for which I am extremely grateful. But the concept of il dolce far niente stayed with me. Could it help to upgrade my writing process?

So one afternoon I endeavored to find out what was so appealing about doing nothing. I sat in my sunroom and gazed out at the Chester River lapping against its banks and listened to a mockingbird in a nearby maple tree. It was quite lovely for the first minute or two. But then I thought about my to do list, and what on earth would I make for dinner?

I decided to give it a little more time. You know, try harder to do nothing. This isn’t the first time I tried to schedule my creativity. A few years ago I experimented with the Pomodoro method in which you set a timer and write for, say, thirty minutes without getting up. I switched off my phone and opened my laptop. Twenty minutes into it my husband appeared at my office door and said, “Can you please answer your phone? Your children think you’re dead.”

The next time I tried to make far niente happen, I decided to start with a mindfulness exercise and some deep breathing. I noted the endless onslaught of thoughts but kept breathing. It was nice. My cats thought so too. After ten minutes I rolled my shoulders back and decided to make roasted balsamic cherry tomatoes with burrata cheese for dinner.

During my third attempt I found myself smiling. And after a moment or two, I was visited by my muse. One of my characters came to mind. I listened as she told me of a secret she had kept her entire life and how it was bothering her. I finally had the perfect plot line to complete her story arc.

Now I use il dolce far niente in many different ways. For instance, when I am trying to set the scene for a new chapter, I sit in a favorite spot (I have quite a few), inside or out depending on the chapter. As I nestle in to the stillness, my senses are engaged. Is that a dog barking in the distance? A hint of woodsmoke in the air? This particular chapter takes place in October.  Woodsmoke and dried leaves. The honking of Canada geese flying overhead. The sun lower in the sky casting shadows. A crispness in the air. I can feel it. That’s it! In just a few words I could immerse my reader in the chapter by engaging their senses.

When I made the rounds with my first book, signings, book clubs, whoever would host me, I often got the question — are you a plotter or a pantser — meaning do I write from a detailed outline or plot by the seat of my pants. In the beginning, I was definitely a pantser, but I realized I was making things harder than they needed to be. In Mystery at Windswept Farm, I had a pretty good idea who my characters would be and how the mystery would unfold. A detailed outline? Nope. My characters will tell me along the way what should happen next and I am often surprised.

Janice Tilghman, Rosalie’s best friend growing up and now a bit of a sidekick, is quick with a witty comment and comfortable telling others what she thinks. I have given her some of my favorite lines along the way. But this time around it was as if she was waving her arms around trying to get my attention. She wanted a bigger role. So I gave her a conflict. A serious one. In one of the final chapters she resolves her conflict in a very touching, emotional way. When I read that scene I cry. Every. Single. Time.

My husband and I both work from home. We each have our own offices and often drop in on one another throughout the day. When he comes into the room and I am staring out the window with nothing in my lap he says, “Plotting, right?” I nod my head and he goes back to what he was doing.

By now I have realized maybe the Italians are on to something. Embracing far niente allows your mind to free up and unshackle the best of your creativity. The sweetness of doing nothing can never be forced. The muse visits an open, clear mind. Think Elizabeth Gilbert’s, Big Magic.

All of this made me wonder if this profession we have chosen doesn’t have to be so hard after all. Maybe the secret to writing something is doing nothing. 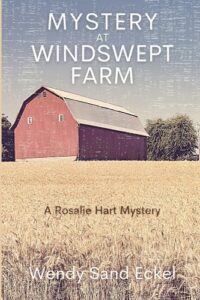 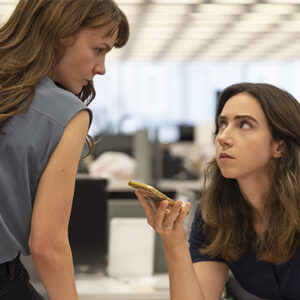 The best journalism movies emphasize dogged research and writerly integrity, with “Truth” clearly framed as the guiding...
© LitHub
Back to top