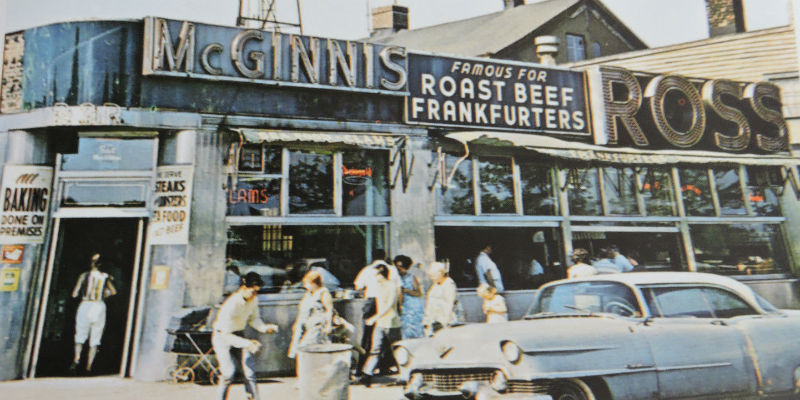 Only the Dead Know Brooklyn

Crime, Books, and Growing Up in the Old Brooklyn

I grew up on the border of Gravesend, Bensonhurst, and Bath Beach in Brooklyn. My family would say we’re from Bensonhurst, but census maps indicate we’re actually on the far edge of Gravesend, a fact I took to heart in the early ’90s when I was ashamed to claim Bensonhurst because it was universally understood to be a racist enclave after Yusef Hawkins was gunned down there. I went to a Catholic high school in Bay Ridge. I was lucky enough to take an honors English class with an ex-cop who also happened to be a big Thomas Wolfe fan. We read Look Homeward, Angel, which led me to the greatest Brooklyn story of all, Wolfe’s “Only the Dead Know Brooklyn.” Not too much later, I discovered Thomas Boyle’s crime novel Only the Dead Know Brooklyn and—considering I’d been reading Elmore Leonard, Jim Thompson, and James Ellroy since about sixth grade and was already a crime fiction fanatic and wanted desperately to write my own Brooklyn crime novel—I was sad that someone had already snatched up and repurposed Wolfe’s title. Someone named Boyle, no less. Only the Dead Know Brooklyn and Boyle’s follow-ups, Post-Mortem Effects and Brooklyn Three, are great, neglected books, for the record—I don’t mean to disrespect them at all here, only to give some sense of the jealousy I felt in my late teens when I realized someone had beat me to using that title in the exact way I’d hoped to.

Part of what made it and still makes it such a perfect title to me, a title that tells a huge story in just five words, is that it’s so damn true. You could pick up a crime novel with that title and know exactly what you’re in for without reading a summary. For me, as a kid listening to my grandparents tell stories of what was and what would never be again, as a kid obsessed with mob history, as a kid who would go to Coney Island and try hard to imagine what it was like in its heyday with the Elephant Colossus and the original Luna Park in all its glory and Abe “Kid Twist” Reles falling from a window at the Half Moon Hotel, it had extra resonance. I saw the dead everywhere. I wanted to see the dead everywhere.

South Brooklyn was the world. “Downtown” was somewhere distant, a place full of brownstones; it might as well have been Paris or Rome.

My mom and grandparents only knew Gravesend, Bensonhurst, Bath Beach, and some of the surrounding neighborhoods. Bay Ridge was the farthest anyone went in one direction, while Coney Island was the end of the line in the other direction. South Brooklyn was the world. “Downtown” was somewhere distant, a place full of brownstones; it might as well have been Paris or Rome. The city, forty-plus minutes by subway, was another galaxy; I didn’t start going there regularly until my junior year of high school when I haunted Kim’s Underground and Other Music and Generation Records. And there was so much of Brooklyn I flat out didn’t know, that I’d never know. I can count on two hands the times I’ve been to visit former college pals in Williamsburg and Greenpoint. I’ve lived in Mississippi for several years now and I have friends from here who have moved to Bushwick and Bed-Stuy and Crown Heights, neighborhoods that were just names on a map to me when I was young. So, there was that resonance, too. There was, truly, so much about Brooklyn that was unknowable.

The stories were endless, on my block and a million other blocks. I grew up in the apartment where Anthony “Gaspipe” Casso used to live; I heard all about him from my grandfather. Our neighbors were the Carlos, whose son Philip had left the neighborhood when I was very young and who went on to be one of the most well-known true crime authors of his generation, writing books on Richard Ramirez, Tommy “Karate” Pitera, Richard “The Iceman” Kuklinski, and Gaspipe Casso. The French Connection chase was shot under the El on Eighty-Sixth Street. John Travolta’s Tony Manero did his double slice strut outside Lenny’s Pizza in Saturday Night Fever. I saw big fights in the schoolyard on my corner, blood on concrete, heads smashed into walls. When I was eight or nine, I was in Martin’s Paints with my mom and stepdad when someone was shot across the street in front of our local bakery, Frank and Joe’s. The shooter ran by the window in a blur. I didn’t sleep for months. I sort of saw another shooting a couple of years later, though my memory plays tricks on me with this one; I can’t remember what I actually saw and what I might’ve invented as the kind of kid who would’ve certainly liked to say he witnessed a mob shooting.

My memory tells me I was perched at my bedroom window gazing down at the street late one weekday night (a usual pre-bedtime ritual) when a long, shiny car pulled up next to a dumpier car in front of the deli catty-corner to our apartment building and someone rolled down the window and fired in at the driver. My memory tells me I saw that, but I’m not sure I actually did. It’s probably more accurate to assume that Mario, who owned the pizza joint across from where the shooting occurred, witnessed it and came over to give my grandfather the straight dope the next day. Or maybe the guy who was shot told me the story. Maybe the dead whisper through windows at night. In William Kennedy’s Ironweed, possibly my favorite book ever, Francis Phelan is constantly confronted by the dead. I see it like that; I think I’ve always seen it like that. The air is crowded with the stories of the dead, especially in Brooklyn. They want to talk to you. They want to tell you all that you can’t know when you’re alive.

I haven’t lived in Brooklyn full-time since I was eighteen. I went to college at a small state school in the Hudson Valley in a little town called New Paltz and took about an eight year detour there. My wife’s family is from the Bronx, and we spent a couple of years in Throggs Neck, where her father owned a bar for over twenty years. There was a short sojourn in Austin, Texas in the early 2000s. And then—now—there’s Mississippi. How I wound up here is a long story. Let’s say I was obsessed with Bobbie Gentry’s “Ode to Billie Joe” in sixth grade and then I discovered R.L. Burnside’s A Ass Pocket of Whiskey in college and then, most importantly, I read Big Bad Love when I was twenty-three and Larry Brown became my favorite writer, and we’ll leave it at that, okay? Okay.

The air is crowded with the stories of the dead, especially in Brooklyn. They want to talk to you. They want to tell you all that you can’t know when you’re alive.

Either way, I’m back in Brooklyn often to visit my mom and grandma, probably two or three months out of the year all told, and I’m there more intimately than I’ve been since I was a kid. When I was in New Paltz and the Bronx, I rarely stayed over. Now, my days are full there again. I walk the same streets I grew up walking. I was always a big walker. I’d walk from Gravesend to Sunset Park. I’d often walk into the city to meet my friends at bars, especially when I was on break from college and flirting with becoming a devoted alcoholic. I recreate those same walks, and I listen for the stories of the dead, as I always have. My grandfather is among the dead now. He was my favorite storyteller. He wasn’t a writer or a reader, but he could spin a nothing story into gold. He gave names to everyone and everything. His best friend was Harry the Horse. He told stories of drinking in “T.B. joints” and racing cockroaches on the bartop and driving a coffee truck around the city. He was a mechanic. He looked a little like Lorne Greene and a little like Ernest Borgnine, and I never once heard him call me by my name. I was “The Boy,” which always made me feel like I was in a post-apocalyptic Western. I hear him now, as I write this in my house in Mississippi, and his voice brings me right back home.

I started writing my new novel, The Lonely Witness, when I was home in Brooklyn last February. My grandmother was on the ropes. At eighty-nine, her dementia was getting worse and she’d taken a couple of bad falls. My mother was also on the ropes; she’s the hardest-working person I know, putting in seventy hour weeks at the office she manages on top of being my grandmother’s primary caretaker. It was hard to be away from them as much as I was, and I was wondering why I didn’t just come back for good. I was scared. I felt that deep melancholy that only hits me when I’m in Brooklyn. I yearned for the past and I was reckoning with the neighborhood, with my home, with my identity as someone who had left and might never fully return. I was afraid of the death of so many things. I longed to know what the dead know. The book was born of this urgency. It’s neither a paean nor a takedown; it’s a book rooted in some sense of paranoid displacement. I’m chained to where I’m from, but I’m losing it, too. I fear that the voices of the dead will get further and further away. 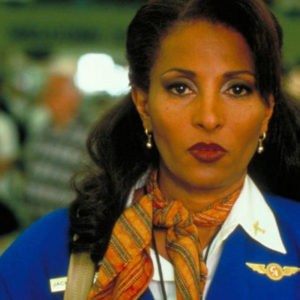 Depending on their ages and viewing habits, some fans of Pam Grier (who was born in 1949) might know her primarily through...
© LitHub
Back to top