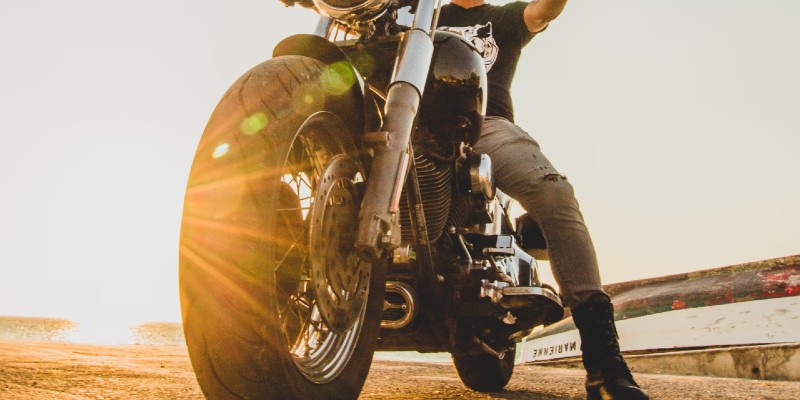 Ken Croke was an experienced undercover federal agent—and the first to infiltrate the Pagans.

As a prospect, I was considered a servant, a slave, or even less. It’s like college fraternity hazing, except that you can be beaten into a coma or killed at any moment. Hogman wasn’t technically a prospect, and because he was Roadblock’s brother, he was a de facto member. His status protected him from the relentless mental and physical torture that Bob and I and other prospects endured. 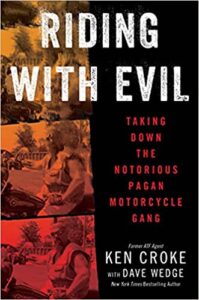 We busted our tails and stood guard duty, but most of that weekend consisted of me being bossed around, belittled, and disrespected.

More tests came. One afternoon, as I was working near the grill with Izzo, J.R., Bob, and some others, one of them threw a set of Pagan colors at me. It was another no-win situation. As a prospect, I was not allowed to touch colors. I also knew that I was not allowed to let colors hit the ground.

Fuck, I thought to myself as the jacket flew toward me.

I made a snap decision and caught the jacket, thinking that letting it hit the ground would be a worse violation than touching it. Before I realized I had the jacket in my hands, I felt a sharp blow to my head and saw stars for a split second.

Izzo had given me a “bang check,” a patented Pagan assault maneuver in which you strike someone on the forehead with the palm of your hand. It’s used to warn prospects that they are a step away from a beating and to smarten up. Message received.

That little scenario was the kind of thing they did to mess around with prospects, and I was no different. In some ways, it gave me energy, because I was fitting in. They were testing me and I was passing. There was no right response to the colors being thrown at me, but I took the punch and moved on. Their goal was to find out if I would take punishment for the club. Would I stand up, if challenged? Everything they did was to test my character and loyalty.

Late the first evening, I was walking around picking up empties and trash. I saw Pita walk a New Jersey prospect down to meet the Mother Club. We were too far away to hear what was said, but I sure heard what came next.

This guy must have said something wrong because I heard a ruckus and saw him being dragged behind the canopy, flailing. I heard his bloodcurdling screams as axe handles rained down upon him with violent force.

I could hear him screaming, and then whimpering, as they beat the daylights out of him. Part of me wanted to run over so I could see exactly what was going on and who was involved, since I was there to do a job: build evidence. That was off the table, though. I did my best to ignore it and went about my business.

I wondered if similar violence would come my way. After all, we were in a remote field in the middle of nowhere. There were no cops coming to save me or anyone else. My cover team was miles away, and since I was not wearing a wire, they would have no way of knowing I was in trouble. Even if they had known, they wouldn’t be able to get there in time to save my ass if a similar fate befell me.

Bob looked over and saw the stress on my face. “Bro, just ignore it,” he said.

It was good advice. We saw Pita later that day. Pita was the Pagan who had sponsored the New Jersey prospect beaten by the Mother Club members.

“You’ll never see that guy again. He was shown the door,” he chuckled.

He was right. We didn’t see that guy the rest of the weekend, or ever again. Just like Billy Jacobson, I have no idea what ever happened to him.

Later that day, White Bear took a walk from his camp to the area where hundreds of bikes were parked, including mine and Bob’s. As he walked by our Harleys, parked with the rest of the Long Island chapter’s, something stood out to him: our Massachusetts license plates. All the other bikes had New York, New Jersey, Pennsylvania, and other Pagans chapter state tags. Our Massachusetts tags stood out like turds in a punchbowl.

“Who the fuck has Massachusetts plates?” White Bear asked J.R. and Roadblock.

“Our prospects are from Mass,” Roadblock told him. “We’re prospecting them to start a chapter up there.”

“Bullshit,” White Bear said. “These fucking guys need to move to Long Island and be part of the chapter here full time. If we do expand, then maybe they can go back. But they need to move down here. Now.”

“The good news is, White Bear didn’t kick you out of the club,” he said. “But you have to move down here. Nonnegotiable.”

I was fine with it, but Bob was pissed.

“Fuck these guys,” he told me that night. “Let’s hold strong. We’re not moving. If they want us, they’ll come up to Mass.”

The real reason they wanted us down there was to beef up the Long Island chapter. There was a lot of chatter about Hells Angels planning something, and there was a constant threat of an attack. I had nothing to lose, so I told J.R. that I’d move down to Long Island.

Now I just had to tell my wife.

Ken Croke began his career in 1990 in Los Angeles, where he infiltrated street gangs and busted drug and gun rings. He also served in Washington D.C. before moving to the Boston Field Division in 2000. In 2015, he was promoted to Special Agent in Charge of the Denver field division, where he oversaw all ATF operations in Colorado, Utah, Wyoming and Montana. In 2016, he was promoted to Deputy Assistant Director of Field Operations for the bureau's eastern region, putting him in charge of 10 ATF field offices on the East Coast. He finished his career as the ATF's Assistant Director. Over the course of his career, he has taken part in 1,000-plus undercover operations, including gang, drug and firearms trafficking cases. Today he is a security consultant for global corporations. Dave Wedge is a Boston-based investigative journalist and New York Times bestselling author, and co-author of Hunting Whitey, 12, and Boston Strong, among other titles. Wedge is a former top investigative journalist for the Boston Herald. He has won awards for his reporting from Ground Zero, the Rhode Island nightclub fire, and the Boston Marathon bombings.

Why Crime Writers Will Always Be Drawn to the Sea 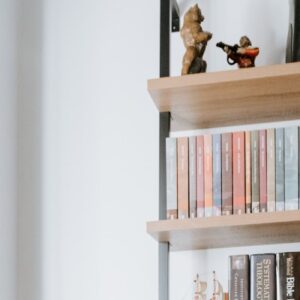 It may come as no surprise that my bookshelf is dominated by spy novels and non-fiction books about the CIA and the KGB....
© LitHub
Back to top