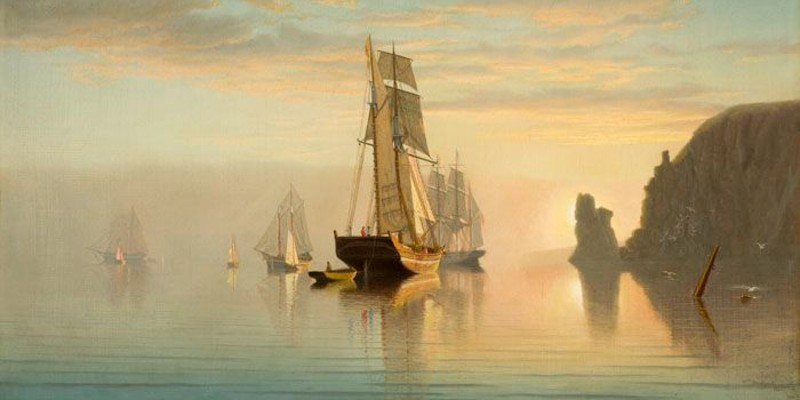 Why Crime Writers Will Always Be Drawn to the Sea

Sam Lloyd on the sea as a muse – and an unreliable conspirator.

In July 1945, the heavy cruiser USS Indianapolis docked at a tiny island east of the Philippines. There, it delivered its top secret cargo: parts for two atomic bombs the allies hoped would end the war.

The ship sank in less than twelve minutes. Three hundred of its 1,200 crew accompanied it to the sea floor. For the 900 survivors, the nightmare had only just begun. Hundreds of tiger sharks, attracted by so much spilled blood, closed in. They started on the dead and dying. Once those were gone, they attacked healthier prey. By the time help arrived four days later, only 316 men remained alive.

The Japanese navy – and a delayed rescue operation – bore ultimate responsibility. But the sea extracted its own horrific price. (Peter Benchley’s Jaws was inspired by similar attacks along the New Jersey coast, where four people were killed across twelve days in 1916.)

While the Indianapolis story is true, fiction gives us countless examples of human conflict playing out in hostile environments. For me, the most memorable stories are bound, inextricably, to their setting. And the sea, at its most glorious and destructive, offers the perfect backdrop.

For writers of crime fiction, particularly, it provides a bounty of possibilities.

I can think of few better metaphors for human artifice. The sea is as volatile as the human psyche; endlessly deceptive, merciless when provoked. We strive to predict its behaviour but our forecasts are often inaccurate. Calm conditions deteriorate quickly. Placid-looking waters conceal terrible dangers. Teeth.

Yet the sea offers writers more than mere allegory. It’s a stage absent of dressing, where characters and their actions are magnified, spot-lit. Charlotte Rogan’s The Lifeboat provides an excellent example of this. It’s also a place where bad deeds go unpunished. A place where bodies, dead or alive, can be roped and sunk. Where evidence can be destroyed. Where we’re never entirely safe. (As Lo Blacklock discovers in Ruth Ware’s The Woman in Cabin 10.)

Sail a handful of miles offshore and you’re out of sight of land. Out of sight of anyone. Coastguard stations monitor SOS broadcasts – and with the right set-up, can even calculate your transmission bearing. But they won’t be able to see you.

Sail a few miles further out. Now you’re in international waters, beyond the range of inshore lifeboats. Add a holed hull, a smashed radio, black storm clouds rushing close. Now, you really have problems. Add a human adversary and you’ve all the ingredients for a seriously bad day.

This is the scenario faced by the victims of my new thriller, The Rising Tide. Investigators are left with the least helpful of crime scenes – an abandoned boat flushed through with seawater – and a rescue operation hampered by extreme weather. Just like the ocean, where the novel’s most brutal scenes play out, nothing is as it first seems.

It was inevitable, perhaps, that my fiction would feature the sea. I grew up in the port town of Southampton, on England’s south coast. Half my family spent careers afloat. My great grandfather, Jack Gardner, worked all his life as a waiter for the White Star Line. In 1912, he learned of a new liner joining the fleet: Titanic. Jack (the name isn’t lost on me) was determined to join her maiden voyage. He lobbied hard for a position and his persistence paid off. On April 10th, the day of departure, he said goodbye to my great grandmother at Southampton’s deep water dock and climbed Titanic’s gangway.

Onboard, he found his foreman, who immediately relayed bad news. Another White Star Line ship had just arrived in port – and was badly understaffed. Apologising, the foreman instructed Jack to disembark and join the other vessel. Back down Titanic’s gangway Jack went, grumbling profusely at his luck.

Jack, in his twenties, was not yet a father. I’ve checked Titanic’s survivor lists. Not a single male member of the serving staff lived. Had that foreman chosen differently, I wouldn’t be typing these words.

Those tiny oases surrounded on all sides by sea are also fertile ground for writers. The characters in Alex Garland’s The Beach learn quickly the dangers of a lawless environment, as do those in Dean Koontz’s Icebound. (And, naturally, the schoolboys in William Golding’s Lord of the Flies.)

While the sea might not be sentient, it still speaks. On rocky shores and sandy beaches it leaves us messages. The objects it chooses to wash up are as diverse as they are bizarre: dinosaur femurs, whale spines, World War II love letters, hundreds of Garfield-shaped telephones, thousands of snowballs, a billion blue jellyfish. In 1997, a container filled with five million Lego bricks fell from the Tokio Express as it sailed past Cornwall en route to the US. Twenty-five years later, the bricks are still washing up on British beaches. Fiction, too, has its examples of this, such as the unexpected prize of a crying baby washed up in M L Steadman’s The Light Between Oceans.

The sea, for those with criminal intent, is an unreliable conspirator. Yes, it’s a place where bad deeds can go unpunished, where corpses and other evidence can disappear. But not always. Sometimes, the sea returns to us what others would prefer to remain lost . . . such as the severed head discovered by children playing on a Scottish beach in 2008; the human feet that regularly wash up in the Pacific Northwest; or the three suitcases containing body parts that floated back to shore in Virginia.

The characters of Daphne Du Maurier’s Rebecca learn this lesson well. As do those in Jane Harper’s The Survivors and Philippe Claudel’s Dog Island. In my first and last (real life) examples of this, investigators identified the victims and tracked down the culprits. Charges and convictions followed. The sea, like all fiction’s great detectives, ultimately delivered justice. 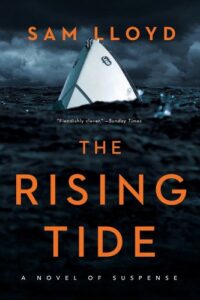 Sam Lloyd grew up in Hampshire, where he learned his love of storytelling. These days he lives in Surrey with his wife, three young sons and a dog that likes to howl. His debut thriller, The Memory Wood, was published to huge critical acclaim in 2020. The Rising Tide is his second novel. 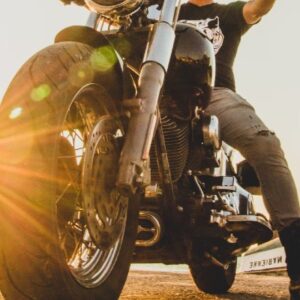 As a prospect, I was considered a servant, a slave, or even less. It’s like college fraternity hazing, except that you can be beaten...
© LitHub
Back to top