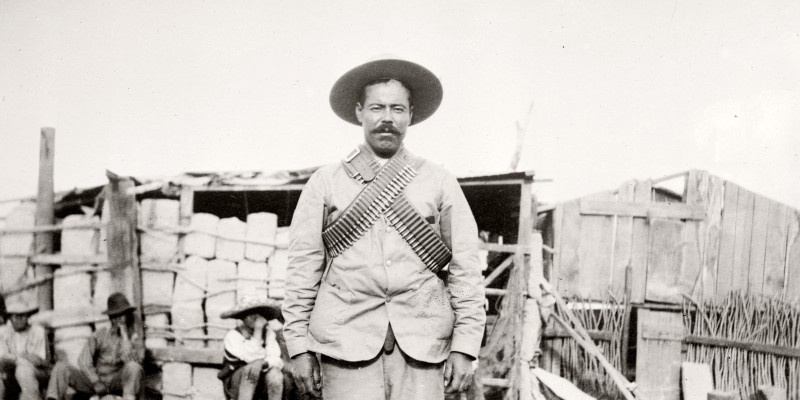 In 1914, Villa had the federales on the run from Chihuahua. That's when he decided to bring in the film crews.

The alliance between Venustiano Carranza and Pancho Villa was shaky from the start. Neither man entirely trusted the other. The first sign of their inevitable break came in the days immediately following Villa’s victory at Juárez—he was offended when Carranza offered only perfunctory congratulations. It was as though the First Chief considered taking the most important Mexican city on the border to be no more significant than winning some minor skirmish. Villa interpreted this as evidence that Carranza might be leading the revolution against Huerta to serve his own ends rather than the people of Mexico. But his suspicions about Carranza didn’t prevent Villa from immediately attacking Chihuahua City, the state capital that he’d tried and failed to capture before. This time the garrison resisted briefly, then in early December retreated east toward the federally held town of Ojinaga 120 miles away on the Mexico-Texas border. Villa now controlled the entire state of Chihuahua. 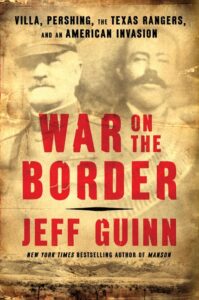 Convinced he could follow and defeat the federals at will, Villa paused in Chihuahua City to act as self-appointed state governor. He issued a decree that all hacendados in the state would have their lands confiscated; profits from their operation would now engorge the public treasury, providing Villa with a steady source of money to pay his soldados. After Huerta was defeated, the land would be divided up among all the people of Chihuahua. Meanwhile, hacendados’ cattle were butchered and the beef made available to Chihuahua’s poor at drastically reduced prices. As historian Friedrich Katz observes in his definitive biography of Villa, this was the first time in memory that Chihuahua’s state government had done anything specifically for its peasants.

During the first week of January 1914, Villa was ready to fight again; his forces, now known as the División del Norte, had swelled to at least thirty thousand. Many new soldiers were deserters from the federal army, freshly attracted to Villa’s service either because of his generosity to the peasants or else terror at his willingness to execute captured foes. The División del Norte left for Ojinaga and what Villa anticipated would be the near-effortless destruction of federal troops making a stand there. The federals were commanded by Pascual Orozco; Villa looked forward to facing his despised antagonist. And when the Villistas moved east, they didn’t travel alone. Besides soldiers and arms, their railroad cars were crammed with portable generators, motion picture cameras, and film technicians. Pancho Villa was going to be a movie star.

Money and reputation were equally crucial to Villa’s cause. With so many soldiers to pay and arm, and so many of their families to feed and trains to keep fueled and repaired, there were never enough funds to pay for everything. On January 7, 1914, it was announced in the New York Times that Villa had agreed to “a moving picture venture” with Mutual Film Corporation of Hollywood. According to the Times, in return for granting Mutual exclusive rights to film the División del Norte in battle, Villa would receive 20 percent of all theater revenues, presumably a significant sum since in 1914 Americans bought a weekly average of 49 million movie tickets. (Other sources indicate Villa sold these rights to Mutual for a flat fee of $25,000.) The money was welcome, but so was the opportunity for Americans to see as well as read about Villa. Starstruck U.S. supporters could prove a valuable source of donations. So sweaty, equipment-laden film crews crammed into Villa’s trains to Ojinaga alongside media correspondents. Villa had no doubt that his prowess would soon be on full, thrilling display in American movie theaters.

Ojinaga stood directly across the border from the small Texas town of Presidio. There were other tiny communities scattered on both sides, where Mexicans and Americans alike had rudimentary lives. Here the Rio Grande flowed shallow and slow, and there was no scenery beyond scrub brush, cactus, and a few low hills. It was an odd place for pitched battle, but Orozco and his federals had no other place left to run in north Mexico. Villistas were between them and retreat to Mexico City, and also blocked reinforcements from the south. There was nothing to do but dig in and try outlasting the rebel assault. The federals had to not only fight for their own lives but defend a mob of refugees who’d fled to Ojinaga from Chihuahua City along with them. Not all Mexicans idolized Villa.

The fighting began during the second week in January, and at first the federals held on. Villa let subordinates lead the initial attacks, but eventually took over himself. División del Norte’s officer ranks had recently been bolstered by Felipe Ángeles, a former soldier under Porfirio Díaz whose belief in social reform eventually drove him to the rebels. Ángeles was an artillery expert, and his addition proved crucial at Ojinaga. Villa admired both Ángeles’s skills at bombardment and as a strategist—his care in planning helped balance Villa’s impulsiveness. With Ángeles’s cannons blasting effectively, after several days of fighting the federals and refugees abruptly abandoned Ojinaga, splashing across the Rio Grande to sanctuary on the American side—3,352 men, 1,607 women and children, and 1,762 horses and mules, plus an ornate carriage bearing former Chihuahua governor Luis Terrazas and his family. Prior to the Villista victories in the state and subsequent confiscation of hacendado land, Terrazas’s holdings totaled more than seven million acres. Orozco, who privately conceded defeat while demanding that his men fight on, disappeared deep into Texas.

There was consternation on both sides of the river. In Ojinaga, Villa was irked by news that the movie crew was unable to film usable battle footage. The combatants moved too much, and there was considerable dust. The movie deal hung in the balance. A compromise was reached. Villa switched from his ordinary clothes into a braidbedecked general’s uniform and dashed up and down Ojinaga’s streets on his great war horse for the cameras, but this footage too proved unusable since Villa ignored repeated requests to ride slower. The film crew had better luck with members of the División del Norte, who obligingly faked some battle scenes. Afterward Mutual Films decided to switch from revolutionary documentary to melodrama, with a raffish professional actor hired to play the hero. The Life of General Villa debuted in May. It was not a box office smash, but afterward camera crews often came to Mexico, filmed reenactments, and sold them for inclusion in the newsreels that usually preceded feature presentations. American theater audiences were allowed to believe that the action in the newsreels was authentic.

From WAR ON THE BORDER: Villa, Pershing, the Texas Rangers, and an American Invasion by Jeff Guinn. Copyright © 2021 by 24Words LLC. Reprinted by permission of Simon & Schuster, Inc.

Jeff Guinn is a former award-winning investigative journalist and the bestselling author of numerous books, including Manson: The Life and Times of Charles Manson, The Road to Jonestown: Jim Jones and the Peoples Temple, Go Down Together: The True Untold Story of Bonnie and Clyde, and The Last Gunfight: The Real Story of the Shootout at the O.K. Corral and How It Changed the West. Guinn lives in Fort Worth, Texas. 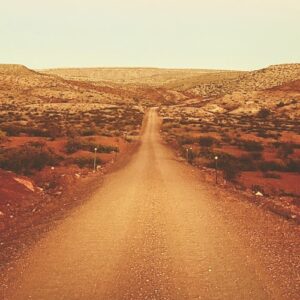 “Do you hear that?” My treasure-hunting partner, Beep, kept his eyes glued to the map. “Hear what?” he asked me without...
© LitHub
Back to top