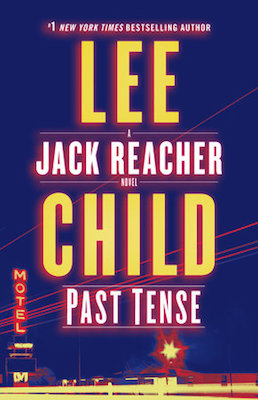 The following is an exclusive excerpt from Past Tense, the latest Jack Reacher novel from internationally bestselling thriller author Lee Child. In the following passage, Reacher is on a mission to investigate his own past, and recruits a librarian to assist him in his dive into the archives.

Elizabeth Castle looked up from her screen and focused on noth­ing much, as if running through a number of possible scenarios, and the consequent next steps in all the different circumstances, starting, Reacher assumed, with him being an idiot and getting the town wrong, in which case the next step would be to get rid of him, no doubt politely, but also no doubt expeditiously.

She said, “They were probably renters. Most people were. The landlords paid the taxes. We’ll have to find them somewhere else. Were they farmers?”

“I don’t think so,” Reacher said. “I don’t remember any stories about having to go outside in the freezing dawn to feed the chickens before walking twenty miles through the snow to school, uphill both ways. That’s the kind of thing farmers tell you, right? But I never heard that.”

“Then I’m not sure where you should start.”

“The beginning is often good. The register of births.”

“That’s in the county offices, not the city. It’s a whole different building, quite far from here. Maybe you should start with the census records instead. Your father should show up in two of them, when he was around two years old and twelve years old.”

“They’re in the county offices too, but a different office, slightly closer.”

“Maybe you should start with the census records instead. Your father should show up in two of them, when he was around two years old and twelve years old.”

“How many offices have they got?”

She gave him the address of the particular place he needed, with extensive turn-by-turn directions how to get there, and he said good­bye and set out walking. He passed the inn where he had spent the night. He passed a place he figured he would come back to for lunch. He was moving south and east through the downtown blocks, some­times on worn brick sidewalks easily eighty years old. Even a hun­dred. The stores were crisp and clean, many of them devoted to cookware and bakeware and tableware and all kinds of other wares associated with the preparation and consumption of food. Some were shoe stores. Some had bags.

The building he was looking for turned out to be a modern struc­ture built wide and low across what must have been two regular lots. It would have looked better on a technology campus, surrounded by computer laboratories. Which was what it was, he thought. He real­ized in his mind he had been expecting shelves of moldering paper, hand-lettered in fading ink, tied up with string. All of which still ex­isted, he was sure, but not there. That stuff was in storage, three months away, after being copied and catalogued and indexed on a computer. It would be retrieved not with a puff of dust and a cart with wheels, but with a click of a mouse and the whir of a printer.

He went in, to a reception desk that could have been in a hip mu­seum or an upscale dentist. Behind it was a guy who looked like he was stationed there as a punishment. Reacher said hello. The guy looked up but didn’t answer. Reacher told him he wanted to see two sets of old census records.

“For where?” the guy asked, like he didn’t care at all.

The guy asked, “Are you a county resident?”

“Funding. This stuff ain’t free. But residents are entitled.”

“I’ve been here a good while,” Reacher said. “At least as long as I lived anywhere else recently.”

“What is the reason for your search?”

“We have boxes to check.”

“Now I need your name,” the guy said.

“We have targets to meet. We have to take names, or they think we’re inflating the numbers.”

“You could make up names all day long.”

“Why? Isn’t this stuff in the public domain?”

“Welcome to the real world,” the guy said.

Reacher showed him his passport.

The guy said, “You were born in Berlin.”

“Not Berlin, New Hampshire, either.”

“Is that a problem? You think I’m a foreign spy sent here to disrupt what already happened ninety years ago?”

Article continues after advertisement
“Is that a problem? You think I’m a foreign spy sent here to disrupt what already happened ninety years ago?”

The guy wrote Reacher in a box on a form.

“Cubicle two, Mr. Reacher,” he said, and pointed through a door in the opposite wall.

Reacher stepped in, to a hushed square space, with low lighting, and long maple workbenches divided by upright partitions into sepa­rate stations. Each station had a muted tweed chair, and a flat-screen computer on the work surface, and a freshly sharpened pencil, and a thin pad of paper with the county’s name printed at the top, like a hotel brand. There was thick carpet on the floor. Fabric on the walls. The woodwork was excellent quality. Reacher figured the room as a whole must have cost a million dollars.

He sat down in cubicle two, and the screen in front of him came to life. It lit up blue, a plain wash of color, apart from two small icons in the top right corner, like postage stamps on a letter. He was not an experienced computer user, but he had tried it once or twice, and he had seen it done many more times. Now even cheap hotels had com­puters at reception. Many times he had waited while a clerk clicked and scrolled and typed. Gone were the days when a person could slap down a couple of bills and get a big brass key in instant exchange.

He moved the mouse and sent the arrow up toward the icons. He knew they were files. Or file folders. You had to click on them, and in response they would open. He was never sure whether you had to click once or twice. He had seen it done both ways. His usual habit was to click twice. If in doubt, etcetera. Maybe it helped, and it never seemed to hurt. Like shooting someone in the head. A double tap could do no harm.

He put the arrow center mass on the left-hand icon and clicked twice, and the screen redrew to a gray color, like the deck of a war­ship. In the center was a black and white image of the title page from a government report, like a bright crisp Xerox, printed with prissy, old-fashioned writing in a government-style typeface. At the top it said: U.S. Department of Commerce, R. P. Lamont, Secretary, Bureau of the Census, W. M. Steuart, Director. In the middle it said: Fifteenth Census of the United States, Returns Extracted For The Municipality Of Laconia, New Hampshire. At the bottom it said: For Sale By The Superintendent of Documents, Washington, D.C., Price One Dollar.

Reacher could see the top of a second page peeking up from the bottom of the screen. Scrolling would be required. That was clear. Best accomplished, he imagined, with the little wheel set in the top surface of the mouse. Between about where its shoulder blades would be. Under the pad of his index finger. Convenient. Intuitive. He skimmed the introduction, which was mostly about many and various improvements made in methodology since the fourteenth census. Not boasting, really. More of a one-geek-to-another kind of a thing, even back then. Stuff you needed to know, if you loved counting people.

Then came the lists, of plain names and old occupations, and the world of nearly ninety years before seemed to rise up all around. There were button makers, and hat makers, and glove makers, and turpentine farmers, and laborers, and locomotive engineers, and silk spinners, and tin mill workers. The was a separate section titled Un­usual Occupations For Children. Most were optimistically classified as apprentices. Or helpers. There were blacksmiths and brick masons and engine hostlers and ladlers and pourers and smelter boys.

There were no Reachers. Not in Laconia, New Hampshire, the year Stan was two.

He wheeled his way back to the top and started again, this time paying particular attention to the dependent children column. Maybe there had been a gruesome accident, and orphan baby Stan had been taken in by unrelated but kindly neighbors. Maybe they had noted his birth name as a tribute.

There were no dependent children separately identified as Stan Reacher. Not in Laconia, New Hampshire, the year he was supposed to be two.

Reacher found the place in the top left of the screen, with the three little buttons, red, orange, green, like a tiny traffic signal laid on its side. He clicked twice on red and the document went away. He opened up the right-hand icon, and he found the sixteenth census, different Secretary, different Director, but the same substantial improvements since the last time around. Then came the lists, now just eighty years old instead of ninety, the difference faintly discernable, with more jobs in factories, and fewer on the land.

But still no Reachers.

Not in Laconia, New Hampshire, the year Stan Reacher was sup­posed to be twelve.

He clicked twice on the little red button and the document went away.

From PAST TENSE, by Lee Child. Used with the permission of the publisher, Delacorte Press. Copyright © 2018 by Lee Child.

Equality At The Gallows: The Hanged Women of England 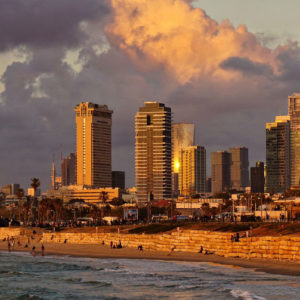 The Crime Fiction of Tel Aviv When most of us think of Tel Aviv we either see the sun-kissed Mediterranean lapping the shores of a cosmopolitan city full...
© LitHub
Back to top