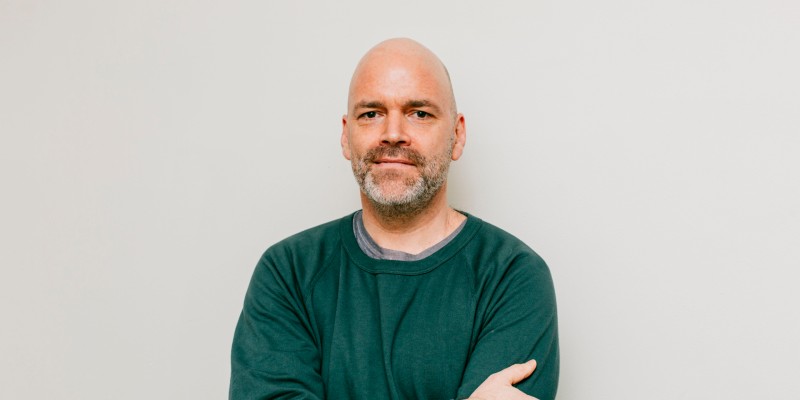 Intricate isn’t usually the word you’d use to describe a crime novel, but it’s the one I keep coming back to whenever I try to convince someone new to read the works of Patrick Hoffman. Hoffman is a Brooklyn-based private investigator and the author of three of the most ambitious, accomplished crime novels in recent memory. In The White Van (2014), a hustler in San Francisco’s Tenderloin accepts a job that leads her into a swirl of robbery, kidnapping, trafficking, and the internecine rivalries of global organized crime. In Every Man a Menace (2016), the international trade in ecstasy is exposed at every rung of the supply chain from Bay Area dealers in to nightlife promoters in Miami to jungle manufacturers in Southeast Asia. Hoffman’s stories are multi-layered and each layer permeates the lives of several sharply-drawn characters. His work has the populated feel of a city, where the city just happens to be a vast criminal underworld. 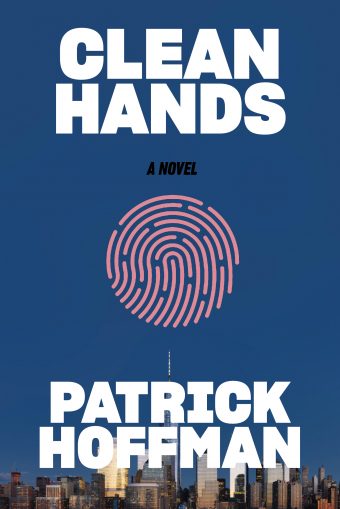 In his new book, Clean Hands (Atlantic Monthly Press, 2020), a young lawyer working at a white shoe firm in New York has his IPhone stolen during rush hour in Grand Central. The phone contains confidential documents pivotal to a civil dispute between banks, and as the hardware passes through several hands, the information it contains becomes currency for criminal networks of many, many different cultural backgrounds operating out of New York City’s neighborhoods like noir fiefdoms. The firm calls in its fixer, an ex-CIA hand with a team trained in crisis management. Soon, a widening conspiracy comes into focus.

Clean Hands is Hoffman’s first book to take on New York as its central setting. It feels particularly timely in the city’s moment of crisis, as Hoffman’s crooks and conspirators fan out across an intricately, lovingly-drawn grid with as deep a roster of hustlers as any Elmore Leonard ever conceived. I caught up with Hoffman in the weeks leading up to the book’s release to discuss New York, corporate law in the world of crime, and what exactly happens to your IPhone after it gets stolen on the subway and shuffled into an international conspiracy.

Dwyer Murphy: Reading Clean Hands, you could draw a pretty good map of New York from the descriptions of walking routes, subway trips, and neighborhood sketches. Was there something special about the city, its crime, its communities that you wanted to work out?

Patrick Hoffman: Yes! What’s the saying—everyone who doesn’t live here is, in some sense, kidding? New York City has to be one of the greatest cities in the world for crime novels. The different neighborhoods, the different cultures, the subways, the density, the opportunity for spontaneous meetings. You could bump into someone and have your phone stolen and your life ruined at any minute! In all seriousness though, I was drawn to the vastness, within the density, of New York. The book has scenes in familiar neighborhoods: Midtown, the Financial District, the Village, the Upper West Side. But there are also scenes in Brighton Beach, Sheepshead Bay, Dyker Heights, Mill Basin, Mott Haven. Definitely, though, I was also nervous to set a crime novel in New York. I’ve only been living here for about five years, so I don’t know it even close to as well as I know San Francisco. But I like to set books where I happen to be. I think it helps to have your feet on the ground.

Murphy: Like your other work, this is a story about crime that radiates outward, exposing different levels of complicity and corruption along the way, until the system starts to come into focus. There’s always a center, though, and here the center is a law firm. A white shoe New York firm, at that. It’s not the usual choice for a crime novel. So what drew you to a law firm as the hub for a global crime?

Hoffman: In many ways, the white shoe law firm was the impetus of the book. Not that long ago someone approached me to do some private investigation work for a law firm in New York that was in the middle of a very large corporate civil suit. This was not my typical kind of case; I normally work exclusively with criminal cases or civil cases that spring from post-exoneration work. I told my wife, “I don’t want to do it, I’m too busy.” She literally said, “Do it, you might get an idea for a book.” During the very first meeting, I was struck by how cautious the lawyers were being about which emails I could see. It seemed beyond normal attorney-client privilege type stuff. It was just a small thing but it got in my head. And then on the subway ride home from that first meeting I thought, “What if those emails got stolen? What would even be on those emails? Who would the lawyers hire to get them back?” That kind of thing. Beyond that, I liked the idea of a potentially boring seeming civil suit between two banks having much deeper implications, and bleeding out into the global spy world.

Murphy: In addition to being a novelist you’re a private investigator so it’s entirely possible you just knew all this off the top of your head, but how did you play out the scenario of a stolen IPhone and trace it across the city? There are about a half dozen middlemen involved and they all get a little page time. Chess-playing fences in Washington Square Park. Bike couriers. Diamond district electronics repairmen. I’d like to think this is how it might play out.

Hoffman: The phone scenario wasn’t taken from any case I’ve worked on, but I could see it playing out that way. I spent five years as an investigator at the San Francisco Public Defenders Office, so I’ve definitely worked on some petty theft type cases. Normally, something gets stolen, the person that steals the object sells it to somebody else, or they sell it to a pawn shop, or—in my mind, the most interesting scenario—they sell it to someone else who packages up a bunch of similar items and sells them in bulk back to China, or somewhere else. That is my Avi Lessing character. Equally important to those scenes though, is Valencia trying to track the phone at the same time. I’ve definitely been in her shoes before doing that kind of work, but she is kind of a fantasy for me, because she is so well-connected that she can call someone at the MTA and have them pull video for her right then, or she can call the DEA and have a friend run a “StingRay” search in Grand Central (which essentially could tell you all the cell phone numbers that passed through the train station at that time). I wish I was that connected!

Murphy: Your books have a distinct style, and more than that you might call it structure. Not a formula, but a kind of architecture, moving from the individual lives to the interconnected crimes to the systemic corruption. I’ve been trying to figure out which writers you might look to as inspiration or models for what you’re doing but I haven’t been able to land on anyone yet. Help me out?

Hoffman: Richard Price’s books—particularly Lush Life and Clockers—come to mind. Ryan Gattis has a book coming out this year, The System, that really does it well. It looks at a routine type of case in LA, an attempted murder of a drug dealer and zooms in on all the different characters involved: the suspects, the witnesses, the snitches, all the law enforcement, the prosecutor, the defense attorney. It’s pretty remarkable.

Murphy: Clean Hands is all about corporate espionage and private security. It’s a world that seems wholly outside the law. The firms and companies pay for their own solutions, their own enforcement, their own justice. The public judicial system is almost beside the point. Has this been your experience working around corporations in New York? Is it what drew you to this particular story?

Hoffman: Besides the case I mentioned that got me started on this, I really haven’t worked many corporate cases. I’ve spent my whole career on the criminal side of things, first as a defense investigator, and now on the civil side of wrongful convictions. But once I started working on this project I began to see private intelligence / enforcement everywhere. It’s the Black Cube part of the Harvey Weinstein case. It’s Rudy Giuliani going to Kiev. It’s Michael Cohen paying off porn stars. It’s Eric Prince meeting Russians in the Seychelles. It’s Eric Prince hiring ex-spies to infiltrate liberal groups. It’s the Trump Dossier. It’s the Wagner Group in Venezuela. It’s all very scary and morally repugnant, and, astonishingly, happening all around us. 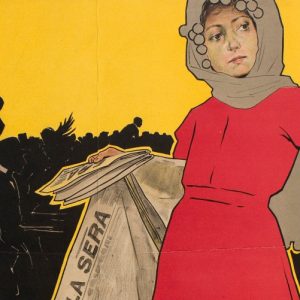 One of the great pleasures of writing historical fiction is the opportunity it provides to step back in time and engage imaginatively...
© LitHub
Back to top