The author of The Girl on the Train appreciates Highsmith's uniquely sickening vision of humanity.

What is it about trains? What is it about them that fires the imagination, that suggests to those of a certain disposition the possibility of danger lurking behind every seat and in every carriage? There is, undoubtedly, something in the collective experience of a journey that lends itself to storytelling, and then of course the tantalizing proximity to strangers of every stripe. The chance meeting, whether fleeting or prolonged, the accidental brush of hands as the train hurtles around a sharp bend, a casual conversation in the bar car taking an unexpected turn.

In a letter she wrote to her friend Marc Brandel in 1985, Patricia Highsmith confessed to thrilling to the idea that anyone—the most ordinary neighbor, the dullest of co-workers, that unexceptional girl you see every day on the train—might be hiding some terrible secret or harboring some sordid proclivity: “I can think of nothing more apt to set the imagination stirring, drifting, creating, than the idea—the fact—that anyone you walk past on the pavement anywhere might be a sadist, a compulsive thief or even a murderer.”

In Strangers on a Train, her exceptionally accomplished debut published when the writer was just twenty-nine years old, she explored this very idea. The novel begins with a chance meeting between two young men; this fleeting encounter sets in motion a terrible chain of events, their drunken conversation leads to a macabre folie a deux, a good man turned murderous, utterly corrupted by guilt.

The fact that, seventy-one years after its publication, Strangers on a Train has lost none of its power to disturb, is evidence of Highsmith’s extraordinary talent. Her novels, of which she wrote twenty-two over the course of her career, feel disarmingly fresh and modern, from their high concepts and economic style to her groundbreaking and frequently shocking device of allowing the reader to occupy the mind of a killer. Decades before we rooted for Villanelle and Amy Dunne, Tony Soprano and Walter White, we were rooting for Highsmith’s Guy Haines.

Article continues after advertisement
Decades before we rooted for Villanelle and Amy Dunne, Tony Soprano and Walter White, we were rooting for Highsmith’s Guy Haines.

Highsmith wrote a draft of Strangers on a Train in 1948, during an apparently frenzied two-month period of creativity while she was staying at the Yaddo, the artist’s retreat in upstate New York. It is a sign of how important this period was to her that on her death, she left her entire $3m estate to Yaddo; however the idea for the book had been percolating for many years. Indeed, she had met her villain—the inspiration for the despicable Charles Bruno—more than a decade earlier, when on a trip back to her hometown of Fort Worth. “When I was seventeen, in Texas,” Highsmith told a BBC interviewer, “I met briefly a very spoilt boy who was very much like Bruno, completely dissolute… completely worthless, and he was sort of the genesis of Bruno.”

Highsmith—who had an unhappy childhood, who suffered, as an adult, from depression, anorexia and alcoholism, who was deeply misanthropic—was not as a writer particularly interested in happiness. Contentment, she suspected, was often a sign of stupidity; well-balanced people must be, at best, mediocre. Nor was she interested in the simplicity of popular morality, but was fascinated by the idea that all of us carried within us the capacity for good and ill, that identity was not fixed, but shifting, that a sort of dualism existed in all of us. “There are always two,” she wrote in her notebook in 1947. “One can love two people, the sexes are within all of us, emotions directly contrary exist side by side.”

This idea, frequently expressed by the author, is a central theme of Strangers on a Train. A good man—kind, responsible, loving, conscientious Guy Haines—corrupted by fear and guilt, suffers a split in his personality; over the course of the novel he becomes someone he barely recognizes, someone he refers to in the third person, as though he were talking about a stranger. “What was he doing here at 1.15 in the afternoon,” Guy asks himself, “growing swimmy on this third martini, making himself incapable of work, assuming he had any? Guy Haines, who loved Anne, who had built the Palmyra?”

As Highsmith ratchets up the tension, as Guy’s fear and guilt bloom, so too does his conviction that he is two people “one of whom could create and feel in harmony with God… and the other who could murder.” He sees this other self as “a secret brother”, a discrete part of his identity which he longs to crush.

Ultimately, however, Guy comes to express the view that Highsmith held, that the murdering part of himself is not something externally produced but something that was always inside him. He comes to believe that he had committed a terrible crime “because there had been that measure of perversity in him sufficient to do it, that he had done it because of the worm in the wood.”

This dualism, this push and pull between essential goodness and darker impulses, is mirrored in another of Highsmith’s favorite themes, the relationship of love to hate, the proximity that loathing has to desire. In one of her notebooks, writing about a woman she has met and “almost” fallen in love with, she confesses to murderous feelings about her, she fantasies about putting her hands around the throat she longs to kiss, saying “murder is a kind of making love, a way of possessing”.

In Strangers on a Train, we see Guy’s feelings for Bruno veering wildly, from virulent dislike to affection and even identification with him. At the opening of the book, Guy finds Bruno brash and physically repulsive, he immediately suspects this man is dangerous: “Bruno could be violent,” he thinks during their first meeting, no ordinary stranger on a train but someone “cruel and corrupt”. And yet, in the encounter he describes a “rush of affection” for Bruno, he feels “a burst of companionship”. Later, although he is sick of Bruno, positively loathes Bruno, he suspects that Bruno “has always been able to read him”, and later still Guy muses: “And Bruno, he and Bruno. Each was what the other had chosen not to be, the cast-off self, what he thought he hated but perhaps in reality loved.”

A large part of Highsmith’s talent for getting under the reader’s skin comes from her creation of psychologically believable—if frequently monstrous—characters, whom she then entices us to embrace. However she has many other tricks up her sleeve, not least the way in which she tells her stories, her pared-back, laconic style, the deceptive one-note pitch at which she recounts the horrifying and the banal alike.

It is uniquely disturbing, as evidenced by one of the book’s most memorable scenes, in which Bruno stalks Guy’s wife, poor ill-fated Miriam, through a funfair. As we follow the hunt, it is through the cat’s eyes that we see the mouse, we are party to all Bruno’s observations:

In one breath Bruno observes Miriam looking ugly and stupid with her mouth open, as if she were being strangled”, while in the next he is musing that “the prospect of a cool row was delightful…”.

When it is Guy’s turn to take up the mantle of murderer, there is a similar effect given by his prevaricating over which gun to take with him to do the killing: “the gloves were purple and the flannel bag of his revolver was lavender; suddenly it seemed fitting he should take the smaller revolver, because of the similar colours…” Such odd and inappropriate thoughts give the killings a sort of dreamlike irrationality, nightmarish and unsettling, the images staying in the mind long after the reader has closed the book.

This propensity to affect and disturb was noted by critics as unusual in a lowly crime writer: the critic Terrence Rafferty, writing in the New Yorker observed that “popular fiction isn’t supposed to work on us that way”. Rafferty’s comment is rather typical of the reception meted out to Highsmith by literary critics and novelists alike, those eager to stress that she cannot be a crime writer – she’s too good for that. And while it is true that Highsmith herself disdained the traditional whodunit (“puzzles do not interest me”, she said), she did place her writing within the scope of popular fiction, stressing that she was “an entertainer” who liked “to tell a fascinating story”.

From a crime writer’s perspective, all talk of Highsmith’s work being “relegated” to the classifications of crime and suspense is irritating in the extreme. The notion that her books do not belong on those shelves because the complexity of their characters or the acuity with which they interrogate social mores, is laughable – for this is exactly what the very best crime novels do.

It is why they endure. It is why we find them irresistible.

And it is why we will likely be reading Patricia Highsmith for the next one hundred years, too. 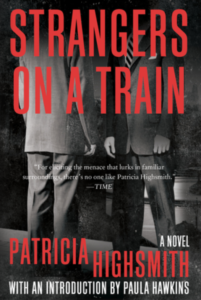 Reprinted from STRANGERS ON A TRAIN: A Novel. Copyright (c) 2021 by Paula Hawkins. Used with permission of the publisher, W. W. Norton & Company, Inc. All rights reserved.

PAULA HAWKINS worked as a journalist for fifteen years before turning her hand to fiction. She is the author of two #1 New York Times bestselling novels, Into The Water and The Girl on The Train. An international #1 bestseller, The Girl on the Train has sold almost 20 million copies worldwide and has been adapted into a major motion picture. Hawkins was born in Zimbabwe and now lives in London. Paula Hawkins’ new novel A Slow Fire Burning will be published by Riverhead (US) and Transworld (UK) on August 31st 2021

What Writing About the St. Bartholomew's Day Massacre Taught Me About the Madness of Crowds 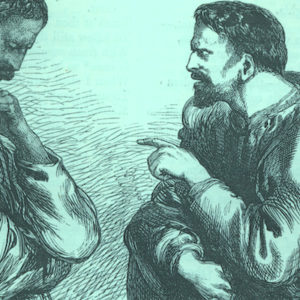 I think it’s safe to say that becoming an expert in Shakespeare’s plays presents difficulties. What would “expertise”...
© LitHub
Back to top