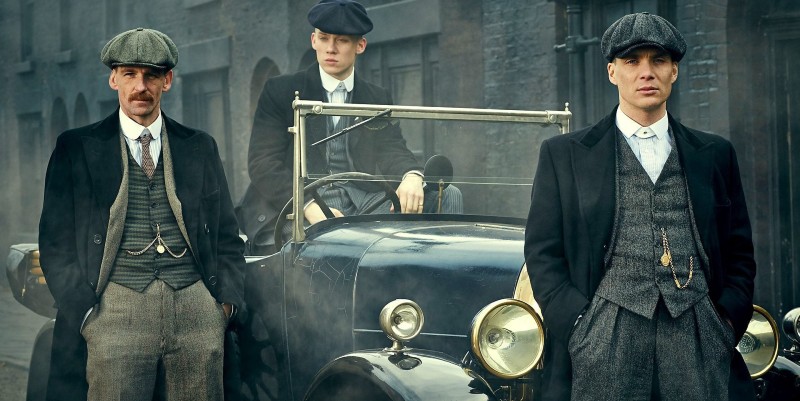 A story is always the product of its own time, even (or perhaps especially) those stories that are set in the past. To watch the first season of Peaky Blinders now, even after only five years, is to observe a cultural artifact of the 2010s. To watch the first through the fifth seasons now is to watch the 2010s come crashing into our present moment.

Peaky Blinders follows the Shelby family in 1920s Birmingham, England as they build a crime syndicate and rise from poverty to power. Tommy Shelby, played by Cillian Murphy, is the head of the family and the unquestionable leader of the organization; he is flanked by his brothers Arthur, John and Finn, as well as his aunt Polly and sister Ada. The first four seasons follow an anticipated pattern—a problem is presented, a villain introduced, alliances made and broken, brawl, brawl, gunfight, Tommy stays one step ahead and comes out, again and again, on top. The fifth season, however, veers markedly in a more politically complicated direction, leaving behind an escapist fantasy and entering into a realm of historical commentary and warning. It’s not hard to track what might have led to this shift between 2013, when the first season was filmed, and 2020. That the villain of season five is a fascist is in no way incidental to the timeline of the twentieth century, but rather a direct reply to the rise of fascism in the twenty-first.

On an emotional level, the first season of Peaky Blinders relied heavily on the traumatic pasts of the brothers in the aftermath of the First World War. All of the men suffer from a range of PTSD symptoms; none have the capacity to process or talk about what they experienced. Their shared backstory lays the groundwork for their devotion to one another and also their instinct for violence. In particular, various characters comment on Tommy’s transformation during the war, saying that he never really came back from France. While he manages the affairs of the Peaky Blinders with impassive stoicism, he smokes opium in order to sleep, and conducts his business with a haunted disregard for his own safety. One could be forgiven for framing Tommy Shelby as kind of a Robin Hood, working outside the law in order to provide for the people. The parallels are all there: the world-weary war hero who returns home to a community that has been downtrodden and neglected by the very government for which he fought, his loyal band of followers, the sinister lawman, the impossible love affair. In fact, the first season actively frames its characters as the archetypes of legends. Tommy arrives as a lone rider on a black steed; his love interest Grace appears in vivid green, her back to the camera, perfectly centered on the screen. And while the blockiness of this staging is sometimes reflected in the dialogue—backstory and motivation are often delivered in declarative exposition—the effect is sincerely romantic.

And yet, romance of this sort should arouse our suspicion. In general, most of the characters are disposable cut-outs, rearranged and diminished in order to best build tension and orchestrate power dynamics, particularly the women: Ada conveniently disavows her communist beliefs to keep the storyline tidy in season four when the family is under threat of assassination from the New York mafia; Polly, who murdered her rapist in season two, has a bizarre and uncharacteristic attack of conscience about Tommy’s planned murder of a priest, a man who sexually abused her son; Grace, a resourceful and politically motivated agent of the Crown, abandons her career and becomes Tommy’s wife, chattering about dinner parties and charity balls, a move so blatantly set up to preclude her death it should be a rule of the genre: if thou must fridge a woman, thou shalt make her boring first. Stylish they may be, but the women of Peaky Blinders are caricatures at best.

All this is not necessarily to the detriment of the show. In fact, these stagings maintain a taut atmospheric dread around the only fully developed and genuinely interesting character, Tommy. Cillian Murphy’s performance keeps Tommy simultaneously sympathetic and inscrutable, his motivation and scheming always slightly off-screen: we are never exactly sure what he wants until he gets it. And in his willingness to co-opt various political philosophies in order to consolidate his power, he’s a very effective conduit for a portrait of early twentieth century England. This, it seems, was the intention of the first four seasons. But alongside its historical impetus, Peaky Blinders employs an alarming ethos in its appeal to our narrative sensibilities. The choice to cast this story as a tale of noble outlaws asks us to forgive a number of tropes that rely on deeply outdated gender dynamics and excuses for brute force. Of course, gangster stories always have to tread a fine line with violence. In the case of the Shelby family, we have to believe that they are, somehow, not as bad as the other gangsters they fight against, and this is often telegraphed to the audience in the form of implied or actual sexual violence, which is then used to justify the brutality with which these villains are dispatched. In validating certain forms of retaliation, the ethics of the show eliminate the gray areas where the majority of the crimes are perpetrated: coercion, mutilation, extortion. These lesser crimes are made more palatable to us by virtue of their perpetrators.

And the brutality often crosses the line into glee. The violence is highly stylized, as is everything about the show: the haircuts and the cars, the suits, the whiskey-drinking, the cigarette-smoking and the cocaine-snorting. If you lived in Bushwick in the 2010s, as I did, the visuals of Peaky Blinders are disconcertingly familiar, almost as though the show is a look-book for white male hipsters (A little light Googling reveals a number of articles in men’s magazines on how to achieve the Peaky Blinders hairstyle. The show can sometimes feel like a commercial: sex and rock and roll! Dapper ties and brotherhood, all in vintage sepia tones. The ensemble walks down the street like they’re taking photos for an album cover. They brawl in slow motion to the White Stripes. We are certainly being sold on something, but it’s not necessarily the Peaky Blinders themselves. It’s a particular rationale, a justification of certain structures which prevail even while paying lip service to dismantling them.

As the seasons progress, the Shelby family rises in power and influence, and the appeal of the first season wears thin: when our heroes are no longer underdogs, we have more qualms about wanting them to succeed. And the lip service increases as well. There are several distinct instances of virtue-signaling which indicate that the show is sharply aware of our current moment, in particular the scene in which a man is doused in gasoline and set on fire for a racist diatribe against Finn’s friend Isiah, one of very few characters of color and someone who merits no storyline or characterization outside his blackness, an identity which is succinctly insulted in order to be defended by the Peaky Blinders–again, with outsized violence.

The code the Peaky Blinders live by is, by necessity, fascist. Tommy demands absolute loyalty from those that claim membership. Their mantra when laying down the law, “By order of the Peaky f**king Blinders!” collapses individual action into a collective identity, by which every act of violence is an act of the masses. Tommy’s goals are decidedly expansionist as his criminal empire grows, crossing demarcated boundaries of other gangs and essentially employing the police force to do his bidding. The entire family revels in the power the name gives them, even Ada, who wavers back and forth in her involvement in the business. Despite the unease this use of power creates, it’s damn hard not to revel in it with them. We are as sold on this legitimization of violence as much as we are on those haircuts.

In the fifth season, however, Sam Claflin’s Oswald Mosley forces Tommy Shelby to engage in a moral dilemma quite unlike those posed in previous seasons. Mosley is not a gangster, he’s a politician, and he announces his intentions in clipped, persuasive tones: the formation of the British Union of Fascists. In one of the better scenes between the two men, Mosley reveals he’s an adherent to a—typically sophomoric—interpretation of Nietzchean thought, which plays neatly into racist ideology; Tommy admits being unfamiliar with the philosophy, although he knows his Freud. Knowing what we know, not only about the war to come, but also the resurgence of fascism around the world in the last several years, it’s impossible to watch it now and not see that a gauntlet has been thrown down. When Mosley takes the stage at the Shelby family’s ill-fated private ballet, he builds into an eloquent, menacing anthem for nativism that will send chills down the spine of anyone who’s been sentient for the Trump years.

Now an MP, Tommy has risen to the highest level of power possible given his origins, even managing to achieve the elusive specter of respectability, although Mosley makes certain to denigrate the Shelbys’ gauche hedonism as the folly of social-climbing upstarts. Nevertheless, there’s no convincing narrative reason for Tommy to decide to take on a fascist; and there’s no reason why Tommy, a man protecting himself and his family at the expense of all others, with very few ethical qualms, in the year 1929, would instinctively recognize or care about fascism as a social evil. In fact, it’s almost counterintuitive that a character who has consistently valued self-preservation over ideology would align himself against a rising political force. Here the show seems to be stuck in a moment of uncomfortable reckoning with the moral philosophy of the previous four seasons—as though atonement is in order. In this respect, then, it’s no wonder that the characters of the fifth season are always looking at themselves in the mirror.

In the final moments of the last episode, Tommy says to Arthur: “Maybe I’ve found him. The man I can’t defeat.” His master plan has been foiled, his allies murdered, his sense of control is slipping. His own understanding of his motives is that he can’t resist a challenge, but the show’s motives are different: Tommy’s decision to take on fascism is a moral good. In the years since Peaky Blinders first aired, the stakes have risen. The show is far from over—there are reportedly two more seasons that will cover eleven more years—which gives the narrative arc ample time to redeem itself. But it’s telling that this is the only season thus far wherein Tommy’s enemies remain unvanquished; and that in trifling with a force more powerful than he understood, Tommy has only implicated himself in its perpetuation. In the final image of the season, he puts a pistol to his head and howls in uncertainty. Those of us who watched in such delight for so long cannot help but be indicted: what have we done?

Torrey Crim holds a BA from Middlebury College and an MFA from the Warren Wilson Program for Writers. Her stories and reviews have been published in a number of journals, including Epoch, American Literary Review, Gulf Coast, and The Brooklyn Rail. She is based in Brooklyn, New York and is at work on her first novel. 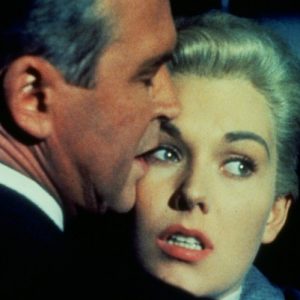