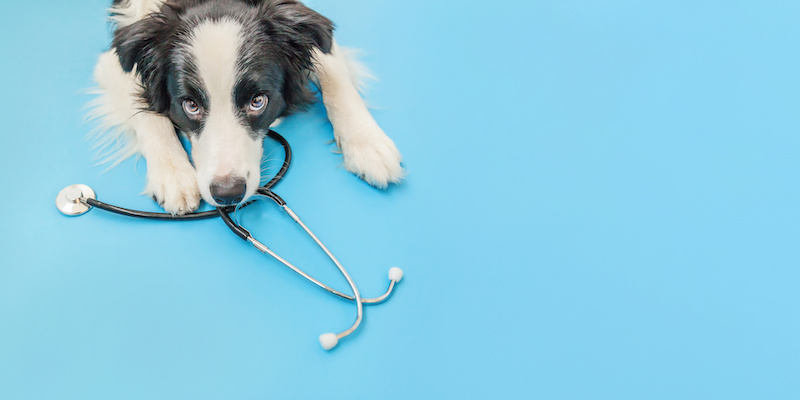 A Veterinarian’s Perspective on Writing Animals

Pets pick up on plenty that their humans fail to notice, and they're always aware of one's true emotional state...

When I began to think about writing a mystery, I realized that I had two advantages as a veterinarian. The first was that my profession was already all about solving mysteries. Human physicians have much easier access to a broader range of tests and specialists, and, to make an obvious point, they enjoy the benefit of having patients who can talk. We vets are often forced to approach our medical mysteries with much more limited data and with subjects who are, at times, uncooperative. I cannot think of another profession that parallels detective work as neatly. Just the other day I was presented with a situation where one cat out of three in a household was pooping out of the litterbox, but the owners had no idea who the culprit was. And the cats weren’t saying. The solution involved rainbow glitter. I’ll leave it to your imagination to fill in the blanks.

But it’s the second advantage that I want to talk about today: veterinarians know animals better than anyone, and animals can be compelling elements in crime fiction.

To begin with, animals can be used to increase the tension in a scene. Which cat owner among us has not had the experience of seeing their cat sitting rigidly, staring at what appears to be nothing—a blank wall, a quiet room, an empty chair. Imagine that the detective has received multiple death threats and is taking them seriously this time because two witnesses have already been killed. It’s perfectly quiet inside and outside the house. She double checks all the locks and windows and arms the perimeter alarm before getting ready to go to bed. But then she notices that her cat is staring intently down the hall. Maybe it’s nothing, but maybe it’s something.

The veterinary explanation for this behavior is that animals live in a completely different sensory environment than we do. They see things we cannot see. They hear things we cannot hear. They smell things we cannot smell. And they sense things we cannot sense. These may not always be important things, but they’re there, nonetheless. Humans arrogantly assume that the reality they perceive is the true and complete version of reality. How can this house not be empty? And this night not be silent? And this air not be odorless? But of course, all of this is just mediated through our senses and is necessarily limited, or we would become overwhelmed by the input. Evolution equipped us with what we needed, no more and no less. Different animals have had different evolutionary needs, and thus their senses are equipped differently, and their experience of the world is different, sometimes very different.

Animals, especially dogs, are also very attuned to people’s emotions, far more so than most humans are. This is because emotional expression is their primary means of communication. We have glossed all of that over with our sophisticated language, yet we still feel a little prickle of discomfort when someone’s words don’t quite match their facial expression. We may only be barely conscious that something is a bit off, so, to our detriment, we trust the words. Dogs, on the other hand, ignore the words, when it’s not a command directed at them, and only listen to the body language. They are fully conscious of the person’s true state and intent regardless of the monkey noises emanating from their mouth.

Picture the detective answering her office door. An unfamiliar man is standing there. He smiles and apologizes for bothering her, but he thinks he might have some useful information. He hopes he’s not wasting her time. Can he come in? The detective’s dog, a scruffy little terrier, sniffs the man’s pant leg and bristles. The dog looks up at the man, takes a couple steps back, and flattens his ears. The man is embarrassed, saying that dogs normally love him. He tries to coax the dog, but the dog is having none of it. Has the dog picked up on something the detective needs to worry about? Or is this a red herring, and there’s just a weird smell on his pants?

I also love how animals can be used to humanize people. For years I’ve told any veterinary student willing to listen that our job is not an animal job that happens to involve people, but a people job that happens to involve animals. People of all kinds and from all backgrounds own pets, and there is something about being around an animal that encourages people to let their guard down, to be more real, more themselves, more human. The veterinarian is often witness to this transformation, and it is such a heartening thing. I have seen hardened bikers break down sobbing over their dying dog, and I have seen depressed elderly widows beam with delight at the antics of a kitten. Animals are always innocent, and innocence often brings out the best in people.

In crime fiction, this can be used to add depth to a character. Perhaps that detective who at first seemed to be so crusty and aloof and tough does have a soft heart in there somewhere when you see how she dotes on her pet. But it can also be used to throw the reader’s scent off. Emmanuel Kant said, “We can judge the heart of a man by his treatment of animals.” I love that quote. In fact, I had it stenciled on the wall above the reception desk in my clinic. But I’m sad to have to report to you that it is naïve. Adolf Hitler loved his German shepherd, Blondi, and by all accounts treated her extremely well. He was also a vegetarian and used descriptions of the horrors of slaughterhouses to try to persuade the Nazi inner circle to join him. The mind reels. But back to our detective, we can imagine her narrowing down her list of suspects but hesitating because one important suspect was a fellow cat lover. He was so gentle with his cats when she interviewed him at his house. How could such a man be capable of such cruelty to other people? She crosses him off the list. Was she right? Was she wrong?

Finally, and you don’t need to be a veterinarian to know this, animals add life and color and depth to any story. A world without them is distinctly lacking. You may not be able to put your finger on what is missing when you read a novel that never mentions an animal, but something is missing. The detective wakes to the sound of sparrows squabbling at the bird feeder. She is shadowed by a crow as she walks through the forest. She startles a rabbit when she sits down to think. She is watched by a deer when she slows down to look at a house. She hears a lonely dog barking across the street. She is greeted by her cat when she comes home. The cat arches its back, purrs, and rubs up against her leg. It doesn’t matter what kind of day she had and what sort of bad people she had to deal with; her cat is happy to see her. The detective smiles. Humans are annoying and unreliable and dangerous at times, but her cat is nothing but love.

(If you haven’t figured out the rainbow glitter, the veterinary detective directs the owners to sprinkle non-toxic glitter—it doesn’t have to be rainbow—on one cat’s food at a time, a few days apart, until voila, glittery poo reveals the perpetrator.) 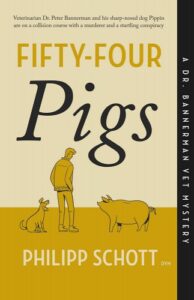 Philipp Schott was born in Germany and grew up in Saskatoon. He now lives in Winnipeg, where he practises veterinary medicine, writes, and shares an old house on the Assiniboine River with his wife, two teenagers, three cats, and a dog. His first book, The Accidental Veterinarian, was a bestseller and was translated into four languages. The Willow Wren is his quasi-fictional account of his family before, during, and after World War II. His latest book, Fifty-Four Pigs, is now available. 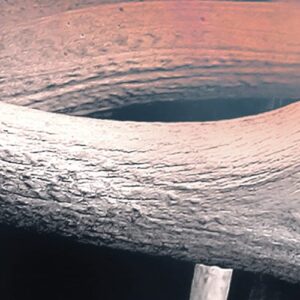 Another week, another batch of books for your TBR pile. Happy reading, folks. * Ron Corbett, The Sweet Goodbye (Berkley) "Small...
© LitHub
Back to top