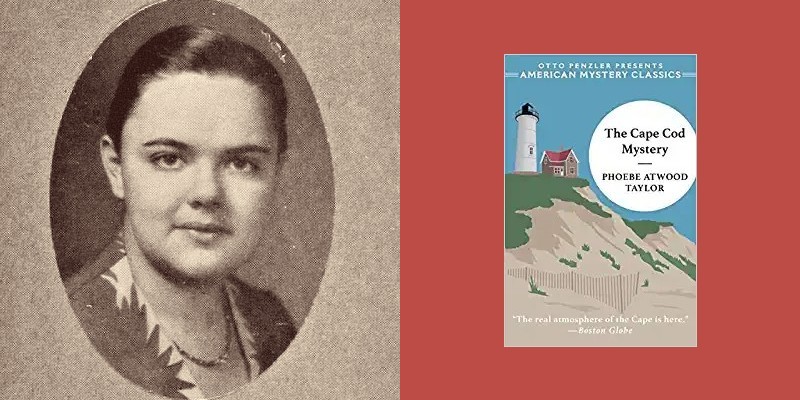 No one wrote more mysteries, nor more popular ones, nor better ones, set on Cape Cod than Phoebe Atwood Taylor (1909-1976), best-known for her series of twenty-four novels featuring Asey Mayo, the amateur detective known locally and to readers as “the Codfish Sherlock.”

Mayo’s first appearance was in The Cape Cod Mystery (1931), which sold out its first printing of 5,000 copies, an exceptionally strong sale for a first novel during the Great Depression (and not too bad in the present day).

In the words of the English novelist Nicholas Blake (the pseudonym of C. Day Lewis), Mayo is “an eccentric individual” who Taylor describes as “a typical New Englander . . . the kind of man everybody expects to find on Cape Cod and never does.”

A former sailor who made his first voyage on one of the last clipper ships, Mayo lives on Wellfleet, where he is the handyman/chauffeur for the local tycoon but still finds time to solve an inordinate number of murders.

He is tall but unimpressive in appearance as he walks with his long, lean frame hunched over. Variously described as “wily, ornery, and homespun,” he relies on his profound, albeit practical, knowledge of human nature for his success as a sleuth. “Common sense” has been the tobacco-chewing Mayo’s hallmark since his first episode.

His speech is “impossible for a student of phonetics to record on paper,” writes Taylor. “It resembled no other dialect in the world. Let it suffice to say that he never sounded a final g or t. His r was the ah of New England. His a was so flat…you couldn’t get under it with a crowbar.”

Mayo uses his speech to share his homely wisdom, such as “they ain’t many whys without becauses.” Other characters in Taylor’s books are also convincingly Yankee, particularly such aptly named figures as Tabitha Sparrow, Phineas Banbury, and Aunt Nettie Hobbs.

Taylor was born in Boston, descended from the Mayflower Pilgrims, and received a B.A. from New York City’s Barnard College before returning to live and write in Massachusetts. She uses her intimate knowledge of New England for the settings of her novels, notably such Cape Cod communities as Wellfleet, Quonomet, and Weeset. While these and other nearby towns are recognized as summer resorts, most of the books deal with the people who live ordinary lives there after the tourists have gone home.

Humor plays an important role in the Asey Mayo series, as it does in the eight books she wrote under the Alice Tilton pen name, all of which featured Leonidas Witherall, known to his friends as “Bill” because of his uncanny resemblance to portraits of William Shakespeare. A New England prep school headmaster, he supplements his modest income by writing thrillers. He also hunts for rare books for “the wealthier and lazier Boston collectors.”

In his first case, Beginning with a Bash (1937), he attempts to prove the innocence of a former student who he encounters on a below-zero evening in Boston, running from the police in a gray flannel suit and carrying a bag of golf clubs. The novel had previously been published in Mystery League magazine in 1933 as The Riddle of Volume Four under the Taylor byline.

Anthony Boucher was a fan of Taylor’s “well-ordered farces” and praised her ability to recreate such historical moments as the Great Depression and the early years of World War II, including blackouts, gasoline rationing, and wardens. The everyday life of those times and more peaceful ones gave readers a window to view Cape Cod as she knew it. 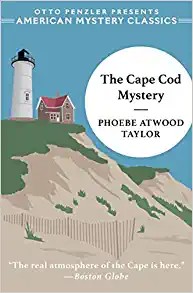 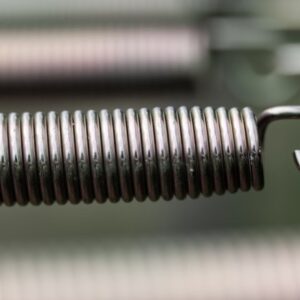 Tension is the jet fuel that propels a thriller. From the slow burn to the shocking reveal, I strive to pack as much of it as possible...
© LitHub
Back to top