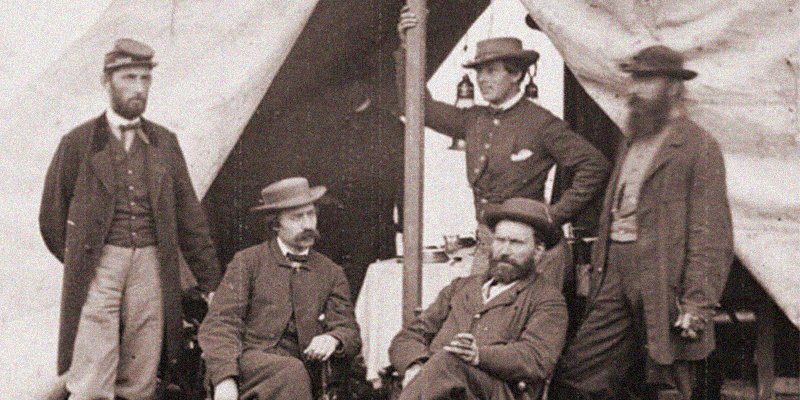 When Kate Warne was born in 1833 in upstate Erin, New York, the closest a woman could get to working in law enforcement was as a prison matron. After all, it was more than 50 years before the first female police officers—including Marie Owens from Chicago, Illinois, Lola Baldwin from Portland, Oregon, and Fanny Bixby, from Long Beach, California—would be sworn into their respective forces, and more than 100 years before New Hampshire State Police would appoint Frances Glessner Lee the first female police captain in the U.S.

By 1987, women would account for more than 7% of the force. Today, they represent more than a tenth of all United States law enforcement—still a small percentage, but representation in a field where it was once unheard of. Yet women may have never been welcomed into law enforcement if it were not for Warne herself, who at just 23 years old became the country’s first female detective and spy—and a feminist icon who opened up an entire field to women like herself.

It all started when Warne, a young widow, walked into the Pinkerton Detective Agency’s Chicago office seeking a job. Though boss Allan Pinkerton assumed she was there for clerical work, Warne quickly explained that she was, to his surprise, responding to a newspaper advertisement for detectives. According to Pinkerton in his book The Spy of the Rebellion (1883), his response was that employing women in this type of role was not “customary”—but what he would come to realize, is that Warne had no interest in what was customary. In fact, working her way into places she wasn’t supposed to be ended up being one of Warne’s greatest strengths.

According to Pinkerton’s later accounts, Warne made a convincing argument; she spoke “eloquently,” and noted that women could be “most useful in worming out secrets in many places which would be impossible for a male detective.” Warne pointed out that a woman would be able to befriend the wives and girlfriends of suspected criminals and gain their confidence, adding that men often brag around women and that women have a better eye for detail and observation. Pinkerton, who later described her as “a commanding person” whose intellectual and honest features made her seem like a good confidante, hired Warne, making her the first female detective in the U.S.

Warne had no interest in what was customary. In fact, working her way into places she wasn’t supposed to be ended up being one of Warne’s greatest strengths.

Warne was eager to prove herself as a detective, and got her chance in 1858 when the Pinkerton Detective Agency was tapped by the Adams Express Company to investigate embezzlements. Warne was sent in undercover, and became close friends with the wife of the lead suspect, an expressman from Montgomery, Alabama who they believed had stolen more than $50,000 from the company. Through her friendship with his wife, Warne was able to get the evidence needed not only to convict the expressman, but to secure the return of the remaining $39,000. Having proved the value that a female perspective can offer to an investigation, Pinkerton set up a new Female Detective Bureau—and put Warne in charge—in 1860.

It was in this role that Warne would get the case that would come to define her personal career, and forever change the way female detectives were regarded in the U.S. It was in 1861 that Samuel H. Felton, the president of the Philadelphia, Wilmington and Baltimore Railroad, heard rumors of secessionist activity in Maryland. In hopes of uncovering potential threats to his railroad, Felton brought in Pinkerton, the leading private detective agency at the time. But when Pinkerton himself went to Baltimore to investigate, he found that the danger was much bigger than either he or Felton had initially thought. As such, he requested permission to continue the investigation, but to shift focus to an assassination plot he believed was being planned by Baltimore secessionists against president-elect Abraham Lincoln.

In February of that year, Warne was one of five agents chosen to join Pinkerton in Maryland and further investigate what would come to be known as the Baltimore Plot. Warne was again sent undercover, laying on a thick accent and posing as a Southern belle visiting Baltimore, going by aliases including Mrs. Cherry and Mrs. M. Barley. Under this pretense, Warne was able to successfully infiltrate the Baltimore secessionist movement and not only verify the Lincoln assassinate plot, but uncover key details. According to Warne, the secessionists’ plan was to ambush Lincoln when he was transferring trains in Baltimore on his way to take office in Washington, D.C, after a 70-city tour leading up to his inauguration. The logistics of the Baltimore Plot allegedly included a staged fight meant to distract the police, a group of attackers laying in wait, and a steamer waiting nearby to usher the culprits to safety.

After Warne presented her discoveries to Pinkerton, he relayed the information Norman B. Judd, a friend of Pinkerton and advisor to Lincoln, and then the president-elect himself. Though Pinkerton urged Lincoln to cancel his final engagements in Harrisburg, Pennsylvania and proceed directly to Washington, D.C., Lincoln refused and insisted that any change of plan would need to occur after he fulfilled his prior commitments. Thus, Pinkerton and Warne reworked the schedule, having Lincoln leave on an overnight train directly from his final appearances; this train would deliver him earlier, at a different line, and to a different station in Baltimore than anticipated. In order to ensure the president-elect’s safe delivery to D.C., Warne and Pinkerton hired a private train and disguised Lincoln as an invalid and Warne as his sister and caretaker. After a sleepless night and the successful thwarting of the now-infamous Baltimore Plot, Pinkerton chose “We never sleep” for his agency’s slogan and a wide open eye for its logo.

A true trailblazer, Warne wasn’t only concerned only with carving out space for herself as a detective and spy but setting a precedent for generations of women to come.

The protection that Warne and Pinkerton provided to Lincoln during this time became the foundation of a long relationship between the private detective agency and the 16th president. When the American Civil War started in April 1861, Pinkerton wrote to Lincoln offering his services—not realizing General George B. McClellan was already planning to ask Pinkerton to lead what would become the Union’s first centralized military intelligence agency. By the end of July 1861, Pinkerton and his top detectives, including Warne, had set up the headquarters of the Union intelligence service in Cincinnati, Ohio and begun conducting undercover espionage operations—marking the very beginnings of what would eventually evolve into the CIA. Warne, by then promoted to the position of Female Superintendent of Detectives, was also thought to have been Pinkerton’s mistress and during these operations often posed as his wife. Working closely both with Pinkerton and Timothy Webster, another of the agency’s top detectives and spies, Warne was able to gather intel by charming her way into Southern social circles and events. And though she continued to set the standard for her field, Warne was no longer the only female spy conducting espionage during the Civil War—she had by this point successfully paved the way for other women, many of which who worked under Warne herself for Pinkerton’s Female Detective Bureau.

Of course, the need for espionage agents and qualified detectives didn’t end with the American Civil War—and Warne’s undercover work continued long after the Union prevailed. During the post-war era, Warne worked a series of high-profile cases, including the murder of bank teller George Gordon, who’d been killed during a robbery. Once Pinkerton identified the main suspect, Warne was sent in undercover to befriend the man’s wife and, through this relationship, was able to obtain a confession and discover where the culprit had hidden the stolen money. Warne was similarly tapped for a case brought to Pinkerton by Captain J.N. Sumner, a seaman who’d come to believe that his sister and her lover were trying to poison him. In an impressive performance, Warne posed as a fortune teller to get information from the Captain’s sister; the ruse revealed not only on the attempts to kill her brother, but that her lover had already successfully done the same to his former wife.

When she wasn’t busy going undercover herself, Warne continued to manage Pinkerton’s expanding Female Detective Bureau as the Supervisor of Women Agents. A true trailblazer, Warne wasn’t only concerned only with carving out space for herself as a detective and spy but setting a precedent for generations of women to come. And although Warne’s life was cut short, dying in her mid-30s in 1868 after contracting pneumonia, her legacy has continued to endure and inspire. In his book, Pinkerton not only thanked Warne but consistently referred her one of his best detectives; in a testament to both their professional and personal relationships, Warne was buried at the Pinkerton Family Plot at Graceland Cemetery in Chicago.

To this day, Warne remains a key figure in the conversation around women in law enforcement—a pioneer who forever changed the role of women in a field that was once exclusively open to men. She would likely be proud to hear that more than 10% of the force is now female—but knowing Warne isn’t one to settle, she’d also characterize the battle as not being over. Perhaps it never will be, but it’s been a lot easier to fight because of Warne. 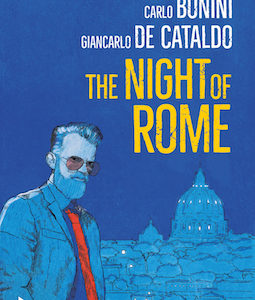 ROME, GIANICOLO QUARTER. THE VILLA OF FABIO DESIDERI. TEN THIRTY IN THE MORNING. A large gate loomed up before the Audi...
© LitHub
Back to top