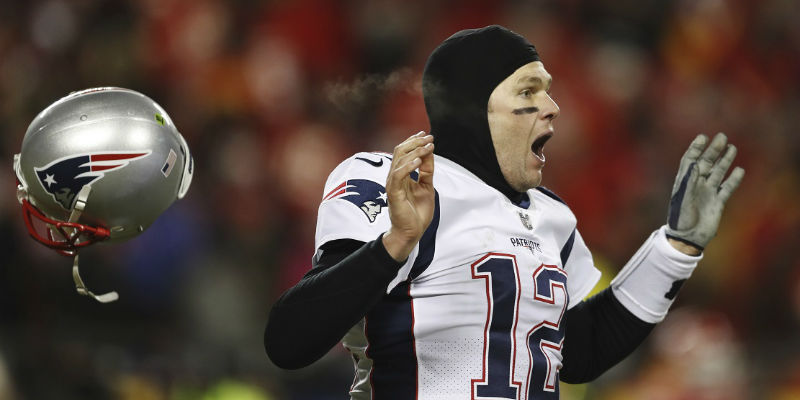 The week leading up to the Super Bowl is a strange time for any sports fan, never mind if your team is actually competing. There are only so many ways a game can be broken down and analyzed before they finally get around to playing the thing. That’s why I always like to invent and exhaust my own idiosyncratic pre-game debates, whether my team (the Patriots) are in it or not. (They almost always are, a fact we New Englanders can’t help but remind people of, over and over again.) In years past I’ve spent the time leading up to the Super Bowl agonizing over, among other incidentals, which squad seemed to be closer in line with my political views, whose logo was less racist, whose musical tradition was richer, and which legacy of barbecue was superior according to blind taste tests. This year, given my current job I thought, why not agonize over crime fiction?

Sure, you might argue that examining the crime fiction traditions of two cities tells us nothing about whether their defensive lines are going to be able to manufacture inside pressure, or whether a physical secondary will manage to keep up with a shifty receiving corps that likes to work outside the numbers, but if that’s your opinion then obviously you know very little, indeed nothing, about sports. Real sports fans know that everything matters. A region’s literary legacy contributes to a team’s overall karmic mojo, just as it matters whether your punter is a lefty or that your captain always calls heads on coin flips. It just does.

Plus, crime fiction is fun and so is geography. That’s really why we’re all here, isn’t it? 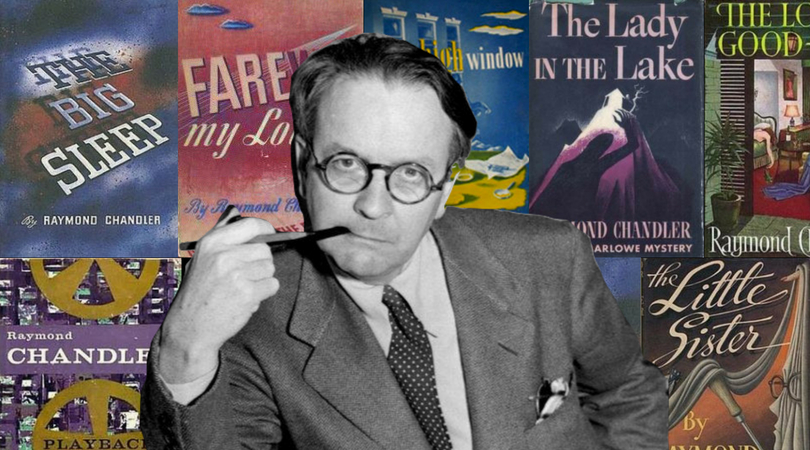 First let’s start with the favorites. Sure, most casinos currently have New England at -2 or -2.5, so you might be inclined to say that the Patriots are the favorites, but remember, we’re talking about crime fiction and the Rams are from Los Angeles. They only moved back there two years ago, but it’s a city of transplants, right? From a noir standpoint, it’s hard to quibble with Los Angeles’s status as a juggernaut. It began with Raymond Chandler, who moved back to L.A. once World War One was over, went to work in the oil industry, drank his way out of the oil industry, then picked up detective fiction after taking some pulp magazines along on a road trip up Pacific 1. He’d chosen the magazines, he later told his publisher, “because they were cheap enough to throw away.” It doesn’t get much more L.A. than throwing garbage out of a moving vehicle on the Pacific Coast Highway. Sure enough, Chandler’s vision of the city remains one of the definitive aesthetic achievements of 20th century American literature, beginning with the first Marlowe novel, The Big Sleep, in 1939, and carrying straight through to The Long Good-bye, in 1953, with Playback still to come in 1958, though that’s really more of a resort town story. Anyway Los Angeles has Chandler and that’s hard to beat. If you were going to fill out the rest of the roster it would be stacked with future Hall of Famers like James Ellroy and his dark alternate vision of the rotting postwar American dream, all Hollywood sleaze and corruption, Michael Connelly with his hero Harry Bosch who carries a badge but protects the little guys of Los Angeles like a classic knight errant in the Chandler mould, then Walter Mosley, whose Easy Rawlins series might just top them all for capturing the heart and soul of the City of Angels. It’s a formidable squad, even if you deem Ross Macdonald and Sue Grafton ineligible, which maybe you shouldn’t because Santa Barbara isn’t so far away, but hell, we’re trying to make this a fight. 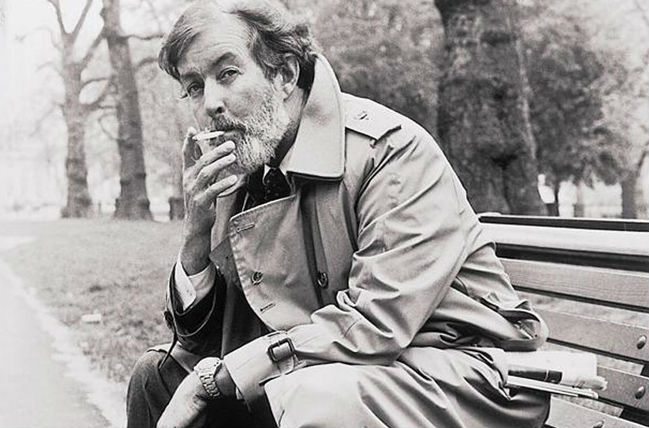 George V. Higgins sucking deep from the marrow of life.

Boston’s crime fiction bona fides are a little less starry, though still impressive. (Sure the Patriots play in Foxboro and represent “New England,” but come on, Boston is the epicenter.) Let’s start in 1970, the dawn of Boston Noir, when Brockton’s own George V. Higgins released The Friends of Eddie Coyle, which Elmore Leonard, who should know, later called “the greatest crime novel ever written,” a book that taps into so many of the city’s preoccupations and self-mythologies—the workaday criminal, the stand-up guy, Irish guns, Irish guilt—it now seems almost as much a part of Boston’s infrastructure as the T or whatever we’re calling The Big Dig nowadays. Higgins, unfortunately, never much wanted to be a crime novelist. That didn’t stop him from publishing a slew of quality crime novels focused on Boston but it does feel like his body of work has some ambivalence to it, an aspiration to be something else. That wasn’t an issue for the next guy to come along on the Boston scene, Robert B. Parker. Parker published his first Spenser novel in 1973, The Godwulf Manuscript, a perfect representation of Boston in the 70s, mixed up in the worlds of academia, old money, youth culture, radical ideas and parochial power structures, all navigated by a very well-read boxer. In other words, it’s Boston crime to the core and would inspire many, many paperbacks and the TV show our parents watched in the 1980s. You’d have to round out the Boston “team” with Dennis Lehane, one of the finest noir novelists at work today and a driving force behind the Boston cinema renaissance, so a pretty good hand to have around. Then maybe you’d pick up Linda Barnes, whose Carlyle series had a good twenty year run. In more modern times the pickings are a little slimmer, though still respectable.

That’s maybe where Los Angeles crime fiction sets itself apart: every few years it has another heyday. (Like the Patriots these last two decades, you might argue, but let’s not get confused.) Los Angeles crime writing is as vibrant as ever, still very much at the forefront of the American scene. Joe Ide’s IQ series, which lives somewhere in the sweet spot between Sherlock Holmes, Elmore Leonard, and the side hustles from White Men Can’t Jump, has been one of the most exciting things to hit the mystery world in some time. Steph Cha and Rachel Howzell Hall have injected new life into the traditions of private eye and cop fiction, respectively, and along with Ivy Pochoda are offering up new perspectives on pockets of Los Angeles seldom explored in fiction.

In fact, you’d be hard pressed to find a crime fiction scene flourishing the way Los Angeles’s is flourishing now, a new tradition that simultaneously taps into, honors, and subverts what came before. Maybe that’s just the story of Los Angeles itself, always onto the new, reimagining what it can be, lying to itself often and convincingly enough that finally the thing just sticks. In Boston it’s too cold to go about imagining things anew. Or maybe it’s because everyone’s so fixated on the sports teams they haven’t quite as much time to dedicate to making up a lot of crazy stories.

Either way I learned in writing this that Dennis Lehane now lives in Southern California. If that doesn’t decide the crime fiction competition between these two cities, I don’t know what would.

Prediction Based on Football: I won’t say. (We New Englanders are proud and superstitious.)