Anthony Bourdain wrote a lot. In addition to scripting over 15 seasons of game-changing television, the prolific and peripatetic writer, adventurous chef, and travel documentarian had 13 books in print at the time of his death last June. With the irreverent and knife-sharp Kitchen Confidential leading the pack, the majority of his titles chronicled his adventures in food and travel; several were straight cookbooks, a few were crime novels centered around the kitchen and one was the delightfully dark telling of the notorious Typhoid Mary. But flying under the radar of most people in the literary world was Bourdain’s work in comics. Comics have always been the bastard child of publishing. And I think Tony liked that.

The appreciation and acceptance of comics is much better than it used to be. And yes, there’s been long overdue recognition that the comics medium can in fact produce formidable work that can stand side-by-side with the best of contemporary fiction and non-fiction. But, with a few exceptions, the acceptance of comics in the world of classic book publishing has mostly been reserved to the memoir graphic novel, published by a traditional house. Even in many progressive literary circles, there’s still some discomfort and perhaps even a bit of disdain to the collaborative aspect of comics between a writer and artist. That work created in sync between two people couldn’t be as creatively valid or important as one crafted by a single auteur. Much of this perception is a result of the beginnings of the comics medium in the late 1930s. The work at that time was mass-produced pulp fiction in cheap floppy pamphlets meant to be consumed and tossed aside. Through the decades since, it’s common knowledge that the super-hero genre has dominated the mainstream comics landscape. But, for those who really know their comics, they’re aware that in the past 30 years, there’s been a major move away from the trappings and limitations of powerful white men in capes. An avalanche of writers and artists have been collaborating on original and acclaimed series and graphic novels in a wide range of genre fiction, non-fiction and yes, memoirs, from comics publishers, too.

Comics have always been the bastard child of publishing. And I think Tony liked that.

About six years ago, Anthony Bourdain joined the ranks of this creative surge in storytelling. I’m honored and privileged to have edited not only his first graphic novel, Get Jiro!, and regrettably his last graphic novel, Hungry Ghosts. Tony signed off on the design of the latter just days before his untimely death.

Tony’s early connection to comics goes back to the glory days of Marvel. Like many boys growing up at that time, he was enthralled by the creative genius of Jack “The King of Comics” Kirby. And though he was too young to have read 1950s EC horror comics in their prime—he devoured the visceral, over-the-top gore and violence when he was a little older. He also discovered the work of R. Crumb and the underground comics scene of the 1960s. The raw, druggy, satirical, socially and politically rebellious material, I’m sure in part, helped inform his outlier sensibility. It certainly motivated his desire to become a comics artist, which he pursued for a while, but was told by several people that his art wasn’t good enough. One of those people was Joel Rose, who co-published Between C and D, the seminal proto-hipster Lower Eastside literary mag in the 1980s. Tony submitted a comics story which he wrote and drew, and while Joel didn’t think much of the art, he thought the writing was pretty good. Not only did Tony write some pieces for Joel then, but they became fast and longtime friends, sharing their love of comics by eventually writing the aforementioned graphic novels together.

I first became aware of Tony through an episode he did on No Reservations about Harvey Pekar, the underground comics writer, whose everyman opus American Splendor I was publishing at the time. I had just started hearing about Tony, but I confess I thought he was some older snobby French chef who had a cooking show on the fringes of cable TV. But when I watched the episode I was quickly set straight. Here was this smart, funny, ruggedly good-looking guy hanging out with the curmudgeonly but brutally honest and down-to-earth Pekar, as they visited one of Harvey’s favorite places to eat, a soup kitchen for the homeless. I remember being struck by the poignancy and gentleness, the humanity imparted by the connection of having simple but basic food that tasted good and warmed your belly, while breaking bread with people who were just trying their best to get by. Wrapped up in Bourdain’s breezy but incisive narration, I became a huge fan of this refreshingly different show which captured the essence of different people and cultures from all parts of the world. Little did I know that several years later, Tony would be sitting in my office at Vertigo/DC Comics, pitching me an idea for a graphic novel. 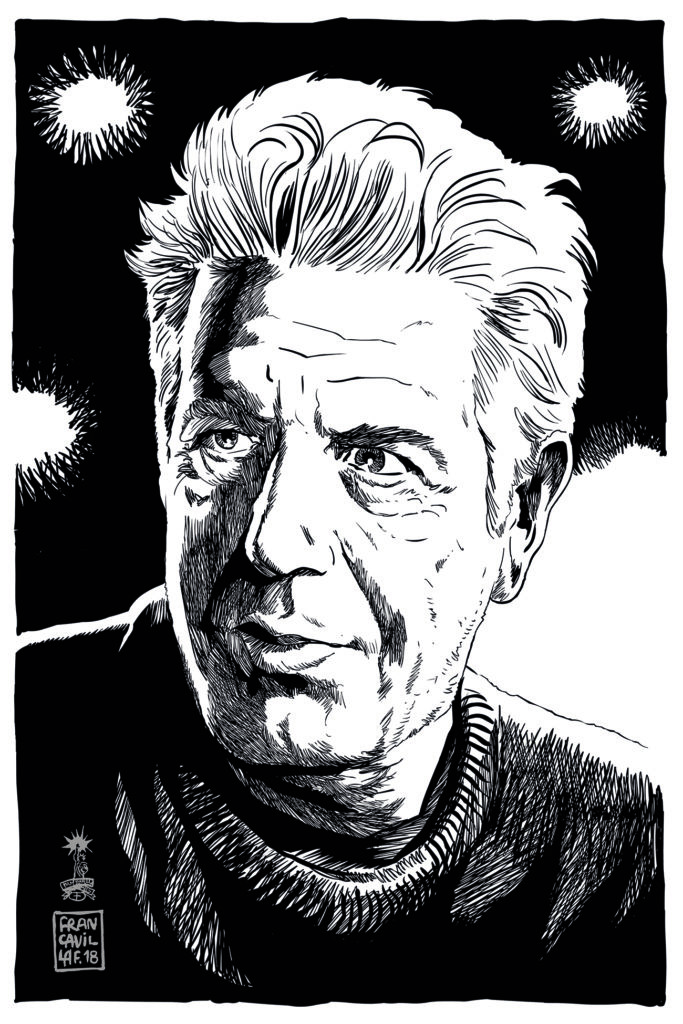 Joel and I knew each other from when he had an editorial stint at DC back in the 90s. But when he called me up out of the blue years later to see if I was interested in hearing a pitch from him and Bourdain, I jumped at the chance. The book was Get Jiro!—a sendup of food culture in a future LA where warlord chefs ruled the streets, and people would literally kill to get a table at the best restaurants. I still remember the glee in Tony’s eyes when he told me the opening scene of the book—the beheadings of two Hollywood producers who dared to ask the master sushi chef Jiro for a California roll, and worse, mix some wasabi into their soy sauce. I certainly never made that mistake again! 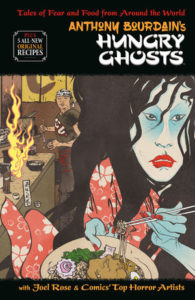 The book was a hit, making the New York Times graphic novel bestseller list, with Langdon Foss and José Villarrubia providing the crisp and beautifully detailed artwork. Tony and Joel revisited Jiro again in another story which took the chef back to his Yakuza past in Japan in the popular sequel Blood and Sushi. I had left DC by then and after a few years break re-emerged in the comics scene with a new imprint Berger Books at Dark Horse Comics. One of the first calls I got when the line was announced was from Joel. He and Tony had another idea for a comic. It was an anthology series of Japanese ghost stories reimagined for today’s times, with a heavy dose of EC Comics horror. They called it Hungry Ghosts, a recasting of the ancient samurai storytelling game of 100 Candles, where warriors would try to psyche each other out by telling increasingly horrifying tales the night before a battle. But instead of samurais, Tony and Joel used a group of international chefs, who were brought together to cook a feast for a Russian oligarch and were forced to tell horrific tales before the night was up. Like the best horror stories, Tony and Joel used the genre as a prism to reflect the disturbing realities of the times in which we live. And don’t we all know that these are pretty disturbing times?

The best horror stories also dig beneath the surface of human nature and explore its unseemly side.

The best horror stories also dig beneath the surface of human nature and explore its unseemly side. Tony explored that quite directly and biographically in a Hungry Ghosts story called “Deep.” Set in the strict caste-like Escoffier kitchen, a young apprentice is victimized and repeatedly sexually assaulted by the head chef. It was part of the hierarchy, part of the system. There was no way out. But, unlike in the real world, the best horror comics have payback—they deliver a comeuppance. And in “Deep,” the brutal head chef certainly gets his due, by literally being torn apart from the inside out.

There’s something to be said for being the bastard child of publishing.

Anthony Bourdain certainly got that. He was one of us. And we were so lucky to have him.

Karen Berger is the editor of Berger Books, an imprint of Dark Horse comics, and the founding editor of Vertigo Comics. 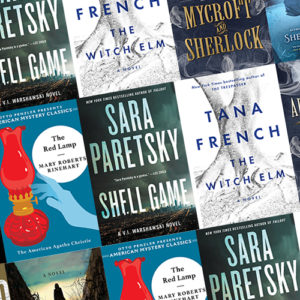 At the start of every month, CrimeReads staff members look over all the great crime novels and mysteries coming out in the weeks...
© LitHub
Back to top