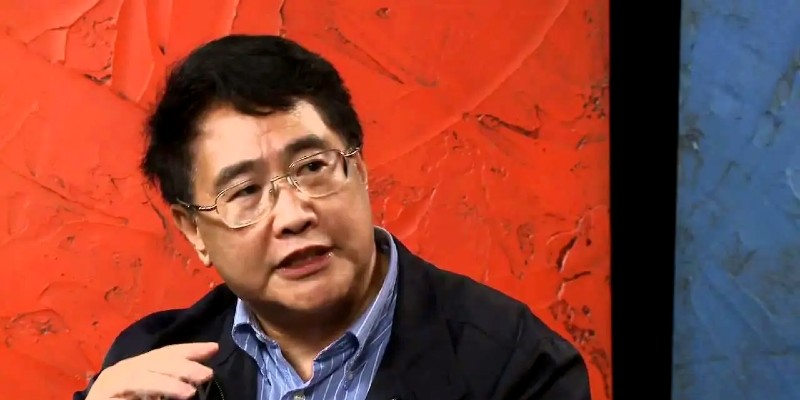 A beloved mystery series with a legacy stretching back centuries gets new life from China's best known crime author.

Western China in the late 600s of the seventh century. In a candle-lit bedroom of a shabby tavern on the outskirts of the Tang Dynasty capital Chang’an (now known as Xian) sits Dee Renjie. A man more commonly known simply as Judge Dee. He is the Imperial Circuit Supervisor of the Tang Empire, appointed by no-lesser personage than the Empress Wu herself. Judge Dee has a white beard, wears a blue robe and a black skull cap, while sipping his favourite Dragon Well tea. He is out of favour at court, a victim of the internecine infighting between the squabbling Wu and Li political clans throughout the troublesome middle years of the dynasty. He is a Confucian scholar-turned-magistrate. In his first day consigned to the outskirts of the Empire he has been alarmingly warned by an anonymous note that, ‘A high-flying dragon will have something to regret!‘. He has also been asked to quietly investigate a case whose ramifications could shatter the Tang world.

A real-life famous poetess-cum-courtesan, Yu Xuanji, is accused of the murder of her maidservant at a nunnery close by Dee’s temporary lodgings. Judge Dee’s situation is somewhat reduced – doomed to the never-ending circuit court system, living life, he claims, as, ‘a homeless dog running around looking for shelter.’ Solving the Xuanji case could mean readmittance to the inner sanctum, or a permanent exile to the fringes of the Empire moving from one scrofulous inn to another. The Xuanji case appeals to his intellect and because he appreciates her poetry, while, he has to admit, the daily life of an Imperial Circuit Supervisor of the Tang Empire is actually rather dull. Xuanji appears to have falsely confessed after torture, while superstitious local people gossip of Black Fox Spirits. Xuanji is a ‘confessional poet’, writing about the traits and characteristics, the foibles and failings, of her many lovers, very often men of the Tang elite class. Dee is faced with a long list of possible petty jealousies and rivalries that could have led to murder and the framing the poetess – lovers scorned, embarrassing details revealed, jealous wives, angry spited Daoist nuns! Judge Dee assembles a cast of suspects that includes gossipy booksellers, observant flower girls, duplicitous court officials, loyal peasant bodyguards and Buddhist poet-monks. But no spoilers here.

With the publication of In the Shadow of the Empire (2021) Chinese author Qiu Xiaolong is rebooting the long-running and much-loved Judge Dee series – reviving the franchise, movies executives might say. Dee first appeared in an anonymous eighteenth-century Chinese novel, the Di Gong An. Robert van Gulik, a Dutch diplomat, scholarly Sinologist, and fluent mandarin reader, came across a copy in an antiquarian bookstore while posted to the Dutch Embassy in Tokyo on the eve of World War Two. He decided to translate it into English. When Germany invaded Holland, van Gulik moved to the Free Dutch Embassy in China’s wartime capital of Chongqing. He married a Chinese woman, Shui Shifang, and they had several children. After the war he dusted off his translation, which was finally published in Tokyo in 1949 as The Celebrated Cases of Judge Dee. Subsequently van Gulik began writing his own original Judge Dee mysteries, building on the character in The Celebrated Cases and the author’s own academic knowledge of Tang Dynasty China. The Chinese Maze Murders appeared in 1950. His last Judge Dee novel, Poets and Murder, was published posthumously in 1968, a year after the author’s death and serves as the inspiration for In the Shadow of the Empire. A total of twenty-four widely read, translated, and much-loved novels, as well as a Dutch newspaper comic strip.

The novels quickly became popular internationally, not least in various Asian countries. In the introduction to The Chinese Bell Murders (1958), van Gulik was keen to link his novels to the idea of a somewhat lost crime writing tradition in East Asia, “to show modern Chinese and Japanese writers that their own ancient crime-literature has plenty of source material for detective and mystery-stories.”

Van Gulik was not the first twentieth century author to create a Chinese storyteller. English author Ernest Bramah had found sales success with his series featuring Kai Lung, ‘an itinerant storyteller’, published between 1900 and the early 1940s. The Kai Lung books are not mysteries, but rather collections of often humorous tales written in a relentlessly honorific, and now rather silly, mock form of Chinese. Bramah had no particular knowledge of China. Slightly later American author Earl Derr Biggars created the Chinese-Hawaiian detective Charlie Chan in half a dozen rather good novels that spawned a long-lived afterlife of horrendously clichéd Hollywood movies that has left a bad taste in the mouth of modern audiences. America’s interwar pulp fiction magazines saw many attempts at other Chinese detectives. But none have weathered both time, and changing sensibilities, so well as Judge Dee. This is because van Gulik’s Dee is usually free of clumsy cant or banal mock-philosophising, as well as being, given van Guilk’s academic background as a serious Sinologist, full of revealing anecdote and deep detail of Tang Dynasty China and Confucian thought processes.

Indeed, Dee has maintained a popularity in China through the van Gulik books. They have often been translated and republished along with several TV series featuring the Judge too. This popularity has perhaps been enhanced in the last decade with the heightened (and state-sanctioned) interest in Confucianism, as well as the popularity (now rather distrusted by the same state) of long-running palace intrigue TV soap operas.

And so now the best-known Chinese author of mysteries is reviving the Judge Dee franchise. Originally from Shanghai, Qiu Xiaolong is an academic specialising in TS Eliot who has long lived and taught in St Louis. Judge Dee shares many common traits with Qiu’s best known and long running character, Inspector Chen of the Shanghai Police Bureau. Chen has now featured in a dozen cases stretching from the go-go-90s of “Wild East” Shanghai to the more arid contemporary, and politically perilous, metropolis. Both Dee and Chen engage in a great deal of cerebral detective work, the two become regularly drawn into politically sensitive cases, and both are poets (as is Qiu too and indeed is a translator of Yu Xuanji’s poetry). Poetic accomplishment was deemed an essential skill for the scholarly man-of-letters during the Tang; though it must said, it is a less valued art for inspectors in the twenty-first century Shanghai police force.

Qiu himself first read Van Gulik and then the Di Gong An shortly after the end of the Cultural Revolution in 1976. Then, in the early 1980s, a schoolmate of Qiu’s wrote an article praising Judge Dee in the state newspaper, the Renmin Ribao (People’s Daily), and so Qiu began to read van Gulik’s books in earnest.

Qiu’s first Dee book is also in many ways a Tang Dynasty version of Inspector Chen’s most recent case, the almost simultaneously published Inspector Chen and the Private Kitchen World (2021). No longer a police detective, Chen is now director of the Shanghai Judicial System Reform Office – a potentially even more perilous job than that of Chief Inspector, and one not unlike a modern-day version of an Imperial Circuit Supervisor of the Tang Empire. It also happens that in Private Kitchen World Inspector Chen is reading a Judge Dee novel.

For his part Qiu Xiaolong hints at the idea of Inspector Chen writing these new Judge Dee novels! Like Dee, Chen has survived the in-fights and squabbles of China’s recent past. How does he manage to repeatedly survive? According to Qiu, by trying to find answers in the light of Chinese history. Therein, to the writer of both Inspector Chen and now the newly rekindled Judge Dee, lie the parallels between the Judge and the Inspector. 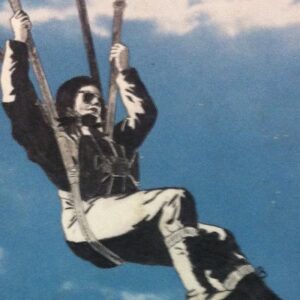 From the recent declassification of archival documents, to the high stakes, to the clear delineation between good and evil...
© LitHub
Back to top