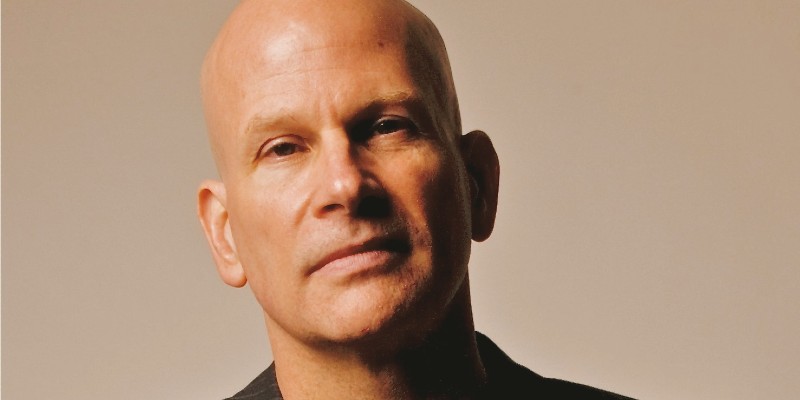 David Corbett made a few stops on his way to becoming a bestselling author. He was a bar musician, an actor, and a linguistics grad student. Then he took a job as a private eye.

David Corbett entered college never intending on becoming a novelist. In fact, he had no intentions at all—so he dropped out for a year to play bass in a bar band. He toured the Great Midwest, landing in such musical hotspots as Lima, Ohio, Ft. Wayne, Indiana and Midland, Michigan. It was a formative time for the nineteen-year-old Catholic boy who met many cocktail waitresses along the way.

Returning to college, he majored in math, largely because of his professors. “They were the most humble, intelligent, honest, hard-working people I’ve ever been around—totally committed to their students, no gas bags, no phonies.” However, he soon found his talents drifting toward theoretical problems instead of practical ones, to the point the head of the department told him, “You want to be a philosopher, not a mathematician.”

Not exactly right. But not exactly wrong either. The writing bug had already bit—he won a poetry prize as a junior, and he’d begun testing his hand at short stories.

He earned a full fellowship to Berkeley in linguistics and bailed after one term, realizing he needed “to get out of school, get my heart broken and my nose bloodied.”

He knew he wanted to work in the arts, but what? Music? Fiction?

No. He began studying acting.

“It was convenient,” he says.

Scene study substituted for his lack of a background in English and literature, developing a fascination with the work of Arthur Miller (“He taught me how to dramatize an idea.”), Tennessee Williams (“Character, character, character.”) and Harold Pinter (“Subtext—no one in a Pinter play ever says what’s actually on their mind.”).

So, his career as a fiction writer began.

Well, not quite yet. Another detour blocked his horizon.

Two of his fellow acting students were working part-time for a local private investigations firm. Upon learning of Corbett’s intention to pursue writing not acting, they told him, “If you want to write, you should try to get a job here. You can’t beat it for material.”

That was the understatement of a lifetime.

Thinking his work as a PI would becoming the bedrock for his writing, Corbett went to work for Palladino & Sutherland. There, he worked on such major investigations as the first Michael Jackson molestation case, the Peoples Temple Trial, the Cotton Club Murder case, the DeLorean entrapment scandal, and numerous other headline cases. Most involved work for the defense, which he realized gave him a unique perspective on the criminal justice system as well as the criminal mind.

“The criminals were our clients.”

In particular, he became immersed in a series of federal prosecutions targeting a loose-knit group of Navy brats and Vietnam War vets who’d banded together to form the most successful marijuana smuggling operation on the West Coast. They were called the Coronado Company.

“The Coronado guys were wild but not evil. They thought President Carter was going to legalize the stuff and they’d become the Joe Kennedys of pot,” Corbett says.

But Carter lost to Ronald Reagan in 1980, who turned the DEA’s focus on marijuana, deemed a “gateway drug.” Guys like the Coronado Company were soon taken down—the non-violent are the easiest to catch. They were promptly replaced by organized crime.

It was in 1988, five years into his PI career, when Corbett told his boss, Jack Palladino, “We’re not getting the kinds of clients we used to.”

“If those guys were still in the business, they’d be betrayed or dead.” Palladino replied.

And the idea for Corbett’s first novel was born.

To improve his command of craft and to make connections, Corbett attended the Squaw Valley Writers Conference and joined a writers group led by novelist-turned-agent Donna Levin. He began piecing together the manuscript for what would become his first novel and ultimately showed it to agent Ginger Barber, whom he’d met at Squaw Valley. She thought the manuscript had promise—then promptly turned it down three times.

Corbett told his friend Mike Croft, who would become an acquiring editor for Narrative magazine, about his attempts to get her to bite. Croft was incredulous. “You sent it to only one agent?”

Well, it was his first time. What did Corbett know?

Croft told Corbett to send the manuscript to him. He read it and said there was too much good there to stuff it in a drawer. But, he said, “Your ending sucks.”

As it turned out, Croft led a small writing conference in Reno, and invited Corbett to attend so he could meet agent Laurie Fox. She agreed to look at Corbett’s manuscript, with the caveat she was not accepting new clients.

A short time later, she responded. “You didn’t tell me you were this good.”

But the good news came at a very bad time. His wife, Terri, was in the final stages of ovarian cancer. She was only 44. Six weeks after learning his book had sold, Terri died. She lived long enough to see his dream come true but never got the chance to hold his first novel in her hands. However, her insistence that he “tell the love story” at the center of the book was perhaps the best advice he received. He dedicated the novel to her.

“Grief,” he said, “is one of those things where you question anything and everything. Why am I still here, what am I supposed to do, why does it matter? You end up taking it one day at a time. Gradually you climb out of the pit and find a reason to get up in the morning.”

That became his writing. With the publication of The Devil’s Redhead, he left detective work behind and began his career as a full-time writer.

The Devil’s Redhead was nominated for an Anthony and Barry Award for best First Novel. He was under contract for a second novel, and when he submitted it, he felt convinced it would be rejected out of hand, his contract canceled and his career over.

“I doubt I’m alone in having that kind of sophomore-effort paranoia.” Instead, the book, Done for a Dime, was nominated for the Macavity Award for Best Novel, was named a New York Times Notable Book, and was described by Washington Post critic Pat Anderson as “one of the three or four best crime novels I’ve ever read.”

Ballantine labeled him their “up-and-coming crime writer” in a Publishers Weekly feature.

Today, Corbett is known as a first-class crime novelist who delves deeply into character, and as one of the premier fiction writing coaches in the country. His specialty is character development. His acting experience has played a major role.

“As an actor you embody a character, so it’s second nature,” he says. “That training allowed me to get into my characters in an intuitive, not a conceptual way.”

As a teacher he has tried to live up to the example of his beloved math professors, committing himself to the success of his students, and is never more pleased than when one of them lets him know their work has found a publisher.

Unfortunately, the story didn’t end as well for Corbett’s PI mentor, Jack Palladino, though it does have a fitting twist. Palladino had just hung up his gumshoes and was looking forward to retirement, hoping to indulge his lifelong love of photography. One evening, he heard a disturbance outside his Haight Ashbury residence. Grabbing his camera, he rushed outside where he discovered two young men breaking into cars. Jack started taking their pictures. Realizing they’d been discovered, they jumped in their car and drove right at him, trying to grab his camera as they sped past. Jack held on, but he was hurled to the pavement with such force he suffered extreme brain damage and descended into a coma from which he never recovered. However, when police reviewed the camera, Palladino’s pictures proved crucial in identifying and apprehending the men who killed him.

Fortunately, Corbett has survived his circuitous path to the top of his game—with lots of character development but without that PhD in theoretical math. He may never have intended to become a novelist, but everything fell right into place just like a plot from one of his novels—as if it was obvious, it was always meant to be. 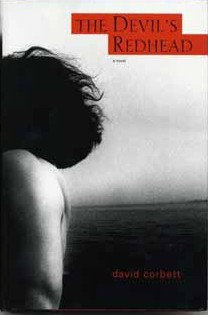 I want to be a writer: In his late twenties, also considered acting.

Time to Sell Novel: Sold in about six months

Advice to Writers: Focus on television. It’s where the great novels are being written right now. Getting into a writing room is one of your best avenues for writing successful fiction. Never write for a market. It will break your heart. 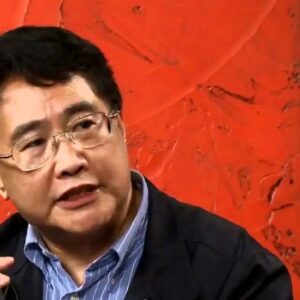 Western China in the late 600s of the seventh century. In a candle-lit bedroom of a shabby tavern on the outskirts of the Tang...
© LitHub
Back to top