Domestic Suspense, Hardboiled, Spy Thrillers: The Bard Did It All

Shakespeare is widely recognized as the master and progenitor of just about every storytelling form under the sun, from the family drama to the historical epic to the modern rom-com. But what about Shakespeare the Bard of Noir? Just about every one of his plays—whether tragedy, comedy, or history—can be viewed as a crime fiction. You want a psychological thriller? Try Taming of the Shrew. How about spy fiction? Or military thrillers? Or a hardboiled PI yarn? The building blocks are all right there in Shakespeare.

So, on the Ides of March, the question ‘naturally’ arose, which of Shakespeare’s plays are the most noir? Which of the Bard’s masterpieces are best read and viewed through the lens of crime and mystery? We took it upon ourselves to make an authoritative, exhaustively researched and not at all whimsical ranking of Shakespeare’s plays as crime fictions. Now onto the results: 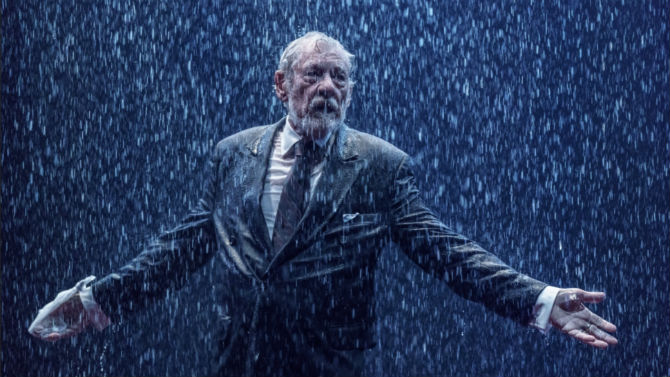 Yes, Lear is first and foremost a story about generational conflict, vanity, and madness, but don’t forget, it all starts with a swindle. Goneril and Regan, silver-toothed hustlers to the core, lay the flattery on thick, essentially no better than any other con artist preying on the well-heeled elderly. Cordelia, the only honest woman in the kingdom, it seems, tells it like it is (although, let’s be honest, she could have mentioned a few nice things just to placate the old bastard) and her reward is banishment and enmity. And because the play takes place in a dark and stormy cosmos, one crime begets another, just as the insults and deprivations compound, until Lear is driven to utter insanity. It may not be an archetypal crime story, but Lear has the seeds. That, and Edgar lends the literature a pithy and useful line: “The prince of darkness is a gentleman.” 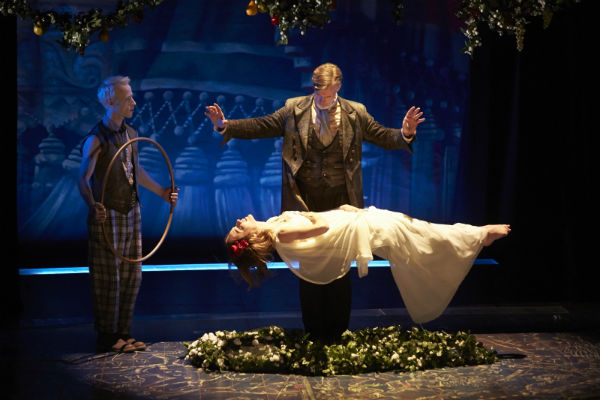 A vengeance epic: Prospero, bitter and magical, dreams of exacting revenge on his brother Antonio and the usurper Alonso, the men who conspired to remove him from the throne of Naples. The play’s bend shifts dramatically based on whose perspective you view the action from: the shipwrecked Neapolitans, the isolated daughter in the mood for love, Prospero, boiling over with righteous anger, or Caliban, the subjugated native whose insidious portrait served as a clarion call for so much of post-colonial literature. In the end, Prospero claims to have exorcised the hate in his soul, but it’s a fair question whether his reform is sincere or another manipulation. 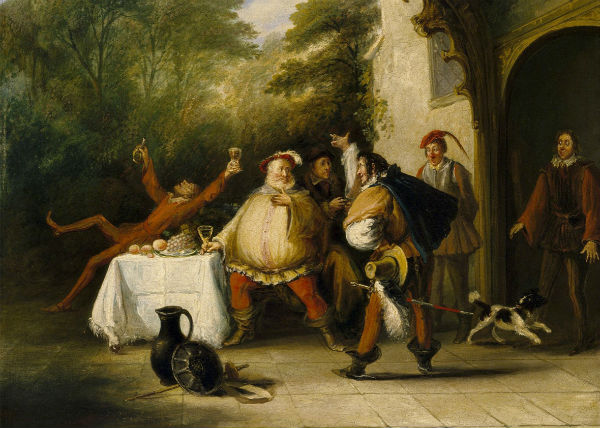 The adventures of Young Hal and Ol’ Jack Falstaff, the bawdy stalwarts of East Cheap, have the air of Elmore Leonard about them: a cast of misfits, deep in their cups, bluster their way into a criminal turn, only to get caught up in something larger than any of them suspected possible. Falstaff, in particular, with his grandiose manipulations, self-pity, and endless appetites, sets a model for many a larger-than-life, down-on-his-luck two-bit criminal. As is sometimes the case, he stumbles into a pretty cherry opportunity. What starts with a simple midnight sacking on the highway somehow leads into a great battle, a believed show of valor, and low-and-behold, a knighthood. Jack’s resentments for Hal, the future king, run deep, but so do his affections. Truly one of the great characters in all literature, and the proud ancestor to many a smooth-talking hustler in pool rooms, bars, and cafes across the world, all looking for a chance at the easy life. 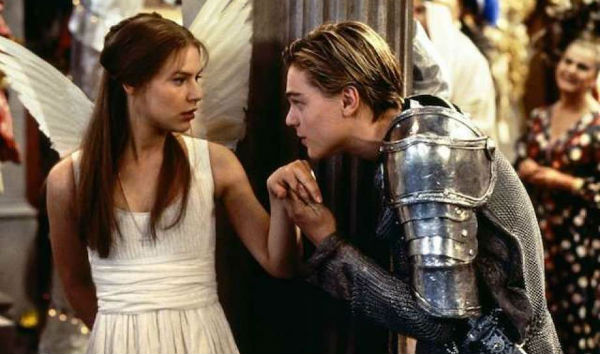 Verona, “where civil blood makes civil hands unclean”—that’s a hell of an opening line. Is it possible we underestimate Romeo & Juliet’s place in the crime pantheon? On the granular level, we have the tragic love story with a transgression—the betrayal of blood and law. Death and heartbreak ensue, with crooked druggists, bloodlustful cousins, and spies all around. Take a step back, and the play is also a sociological study of Verona in a time of feuds, an indictment of a culture that lets vengeance and ‘honor’ fetishizations run amok. A timeless love story, yes, but also a gritty urban crime epic, the kind that informed the likes of Mario Puzo’s Godfather series. 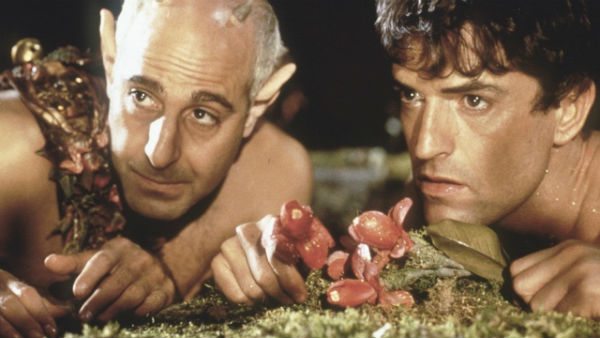 Sure, it’s one of Shakespeare’s best-loved plays and usually remembered as a light-hearted romp, more rom-com than noir, but let’s not forget two very important things: (i) a daughter is effectively sentenced to death if she doesn’t comply with her father’s orders to marry, and (ii) everyone is getting drugged and thrust into arguably non-consensual sexual situations. Talk about Fairyland and magic in the moonlight all you want; this is, low key, a very sinister tale. 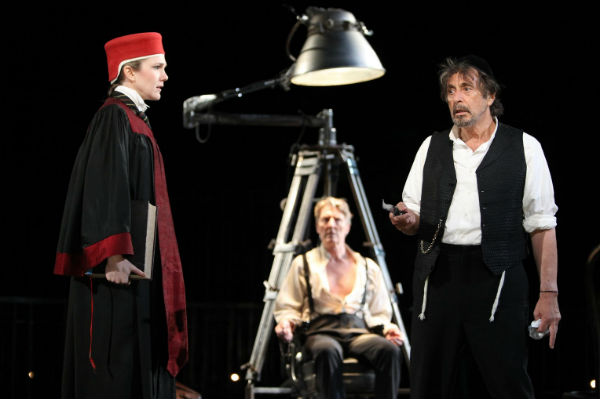 7. The Merchant of Venice: Classic Noir

It’s a classic setup: in desperate straits, a loan is made, the vig is running, the pressure’s on, and this particular shark is not one to look kindly on his clients’ misfortunes, especially when that client is a high-falutin bigot. (Okay, some of that is not technically a ‘classic’ setup.) Merchant of Venice is, theoretically, one of Shakespeare’s ‘comedies,’ but of course it walks that fine line between comedy and tragedy, especially with the trials of Shylock, one of Shakespeare’s greatest and most ambivalent characters. The man demands his pound of flesh, and who’s to say justice isn’t on his side, nasty stereotypes aside? It’s difficult to watch his fate as it plays out, but even that dark, twisted ending is in step with the legacy of crime fiction, where the noir philosophy holds that there are no wholly satisfying answers in life, just more acres in the abyss. 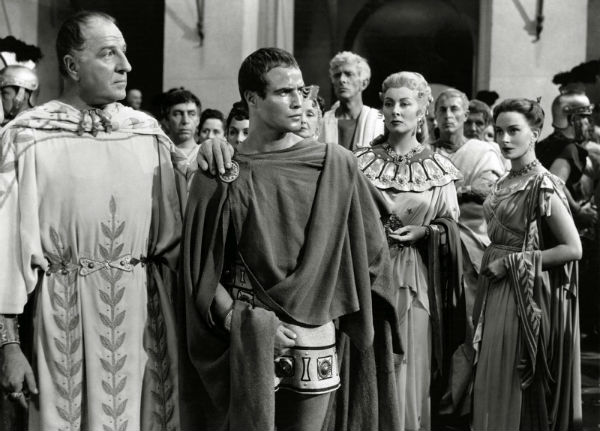 Caesar—the prototypical international espionage thriller, the story of an assassination, only the plot isn’t unfoiled by some shadowy spy-chief or rock-hard operative. No, the body drops and the bloody corpse is there for all to see. Rather than focusing only on the act, the drama also unfolds over the propaganda war that follows, between Brutus, Cassius and the red-handed senators on one side and Caesar’s faithful friend, Marc Antony, on the other. In Antony’s famous eulogy, he calls the assassins “honorable men,” then slowly goes about dismantling their supposedly honorable act and reconnecting Caesar to the common folk of Rome, deftly undermining his supposed crime of ambition (“When that the poor have cried, Caesar hath wept: Ambition should be made of sterner stuff”). In the end, it’s all about statecraft and all the dirty, clandestine work that goes into maintaining some semblance of a democracy. 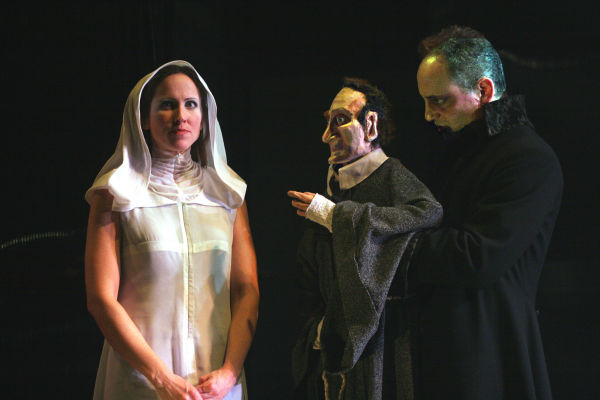 A classic study of malum prohibitum versus malum in se. Claudio and Juliet’s unofficial marriage sets off a wave of crime followed by a good deal of soul-searching and an interrogation of where human law stands next to the dictates of the Almighty. The Duke of Vienna goes undercover to see for himself the moral state of his city and the effects of his laws. Sexual politics and practices in the city turn out to be, let’s say, troubling to him. Measure for Measure is a legal thriller, the kind of moral investigation that would inform the work of Harper Lee, not to mention Scott Turow or many of the other fine practitioners who see beyond the simple letter of the law to address bigger questions of ethics and morality, and who also see how those codes shape the societies they govern. In Escalus’ famous coinage:  “some rise by sin, and some by virtue fall. 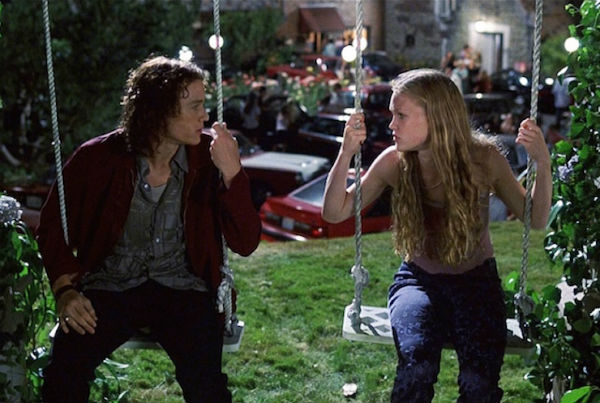 4. Taming of the Shrew: Gothic Noir

Depending on the angle, this is either a delightful romp that set the tone for many a “difficult woman” rom-com, or a domestic suspense thriller about a remorseless child abuser and the misogynistic tormentor he invites into his home in order to break his daughters’ spirits. Katherine is a strong-willed young woman who knows her mind and refuses to settle, and for this, she’s subjected to a string of manipulations and humiliations: trickery, deprivation of food and drink, the list goes on. At best, she’s gaslighted; more likely we’re talking assault. Yes, there’s a reasonably happy ending—all the more reason to see Taming of the Shrew as the gothic noir it really is. In the universe of the play, women (especially independent ones) are there to be conquered, and their own homes become a kind of laboratory for psychological experiments. 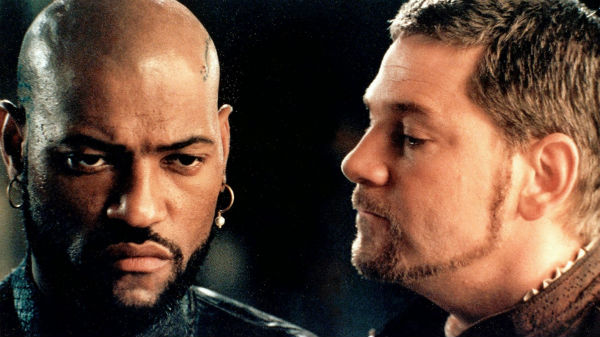 Foreign wars set the backdrop, but Othello is a classic tale of domestic suspense, with Iago, the charismatic villain, playing the role of gaslighter to the hot-blooded outsider, the general newly returned home to his Venetian wife. The reverse psychology is laid on thick: “O, beware, my lord, of jealousy! / It is the green-eyed monster which doth mock / The meat it feeds on.” Over the centuries, much has been made of Iago’s motive. He talks of being passed over for promotion but admits to hating the Turk “for sport.” Coleridge called him a “motiveless malignity,” which makes him a kind of presage to some of the most terrifying villains in 20th century crime fiction, dark manifestations of primal and societal ills flashing up Cain or Wileforde, or in another, more gothic fictional line, the villains of Robert Bloch or Thomas Harris. Master manipulators… 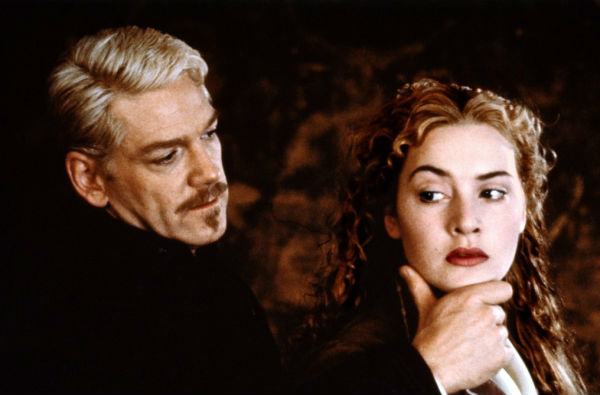 Prince Hamlet: a fever dream of the golden age detective, the bridge between English country manor mysteries and the fatalistic noir on the other side of the Atlantic. Hamlet is the haggard, haunted PI who can’t let go of the past, driven to intoxication and madness by crimes he believes he’s supposed to solve, in this case the murder of his father by his uncle Claudius. Prince Hamlet’s elaborate ploy to unmask the deed plays out in Act III, among the finest, most emotionally intricate set pieces in the history of crime literature, dubbed “The Mousetrap,” in which the regicide is acted out in front of all the relevant parties, while the Prince observes for signs of guilt but is himself whipped into a frenzy of paranoia and righteous ire. Finally, Prince Hamlet gives us the quintessential tragic ending, later to be borrowed by many a noir novel, in which just about everyone ends up dead and hardly a mystery worth solving is resolved. 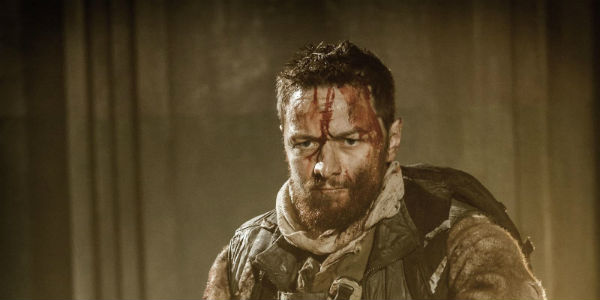 There is no more noir setup in the annals of Shakespeare. Although Macbeth has a theoretically historical setting, really it unfolds in the same dark pocket of the cosmos as King Lear, where morality and time have been turned upside down and a dark shadow has been cast over the land. Macbeth, a seemingly content man overcome by ambition, bloodlust and some very poor advice, commits an unspeakable crime. His new position gives him no satisfaction—riches and power can’t undo the memory of his sin. In the night, he hears the immortal words: “Sleep no more! Macbeth is murdering sleep.” To murder sleep—very few ideas in literature can match that for chills sent down the spine. And then, of course, there’s Lady Macbeth, an archetypal femme fatale—shrewd, covetous, leading her man down the primrose path. Putting on a master class in manipulation, she questions her husband’s manliness, ambition, and sanity, until finally the deed is done. Together, they’re an outlaw pair, agents of chaos barrelling over the precipice of madness.

15 Irish Crime Writers You Should Be Reading Right Now 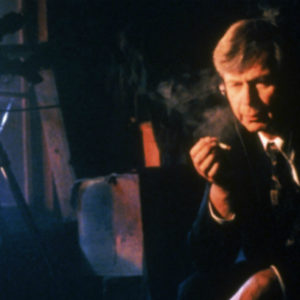 There was a time when writing a conspiracy novel was all fun and games. I grew up on The X-Files and then Grant Morrison's...
© LitHub
Back to top