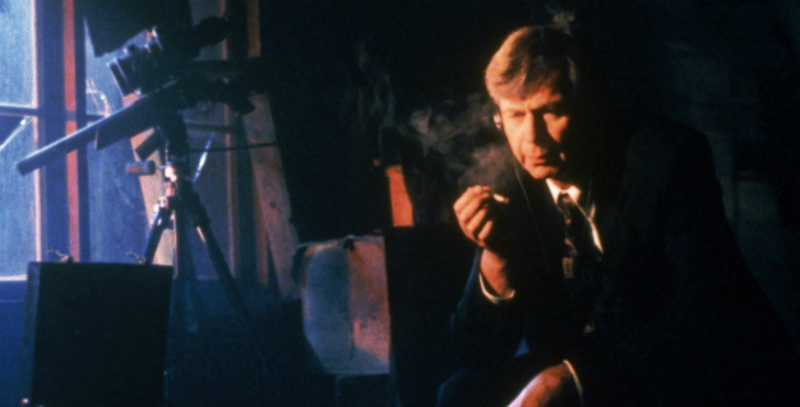 Ned Beauman on Conspiracy Novels in the Age of Fake News

There was a time when writing a conspiracy novel was all fun and games. I grew up on The X-Files and then Grant Morrison’s comic book The Invisibles and then novels like Underworld and The Crying of Lot 49, so it was inevitable that one day I would hurl myself into the genre. I admire the critic James Wood, but whenever he sets out what he likes least about contemporary fiction, it reads to me like an accidental instruction manual for the kind of novel I’m into. That’s certainly the case with Wood’s writing about the conspiracism of Don DeLillo, in which he complains that “the paranoia that believes that ‘everything is connected’ is a mysticism at odds with the secularism of fiction’s actual task.” I think the last time I heard the phrase “actual task” it was in the context of how sex is intended for procreation. Personally, I like some mysticism in my fiction, although I don’t think of it as mysticism so much as a kind of network sublime.

Indeed, conspiracy theories have an inherent kinship with novels, because they are themselves a form of creative writing. One chapter of The Protocols of the Elders of Zion, the most influential conspiracy text in history, was in fact plagiarized from a novel called Biarritz by Hermann Goedsche (which may in turn have been modeled on Joseph Balsamo by Alexandre Dumas); but even when a conspiracy theory isn’t literally copied out of a ten-pfennig potboiler, it is nevertheless an imaginative tale that purports to reveal something about the moral structure of the world but actually reveals far more the intimate pathologies of its creator—in other words, a novel. We all know that novels are riddled with disguised novelists: painters, composers, architects and so forth. The conspiracy theorist is just one more.

Conspiracy novels once seemed like they could have a legitimate political purpose. In the words of Christopher Hitchens, “the press, the academics, the think-tankers…do not care to admit that they missed the big story or the big case. Nor do they get their living by making trouble for the Establishment. A novelist, however, can listen for the silent rhythms, the unheard dissonances and the latent connections.” My new novel Madness is Better than Defeat is partly an allegory for the exercise of American power around the world, in particular the CIA’s Operation PBSUCCESS, the coup d’etat they organized against Guatemalan president Jacobo Árbenz in 1954. As I type this, I’m living temporarily in Mexico City, and any novelist writing about Mexican public life today would find it impossible to avoid writing a conspiracy novel. Even novels like Thomas Pynchon’s or Philip K Dick’s, which don’t chronicle any real-world conspiracies, are nevertheless shot through with an attitude of skepticism, independence, unrest. As recently as a few years ago, questioning the official narrative felt like a central progressive virtue.

As recently as a few years ago, questioning the official narrative felt like a central progressive virtue.

Sadly, we now live in the age of Infowars, Pizzagate and, of course, Donald Trump. My own country, the UK, doesn’t seem to churn out conspiracy theories at quite the same dysenteric rate as the US, but a survey conducted just before the Brexit vote found that, for instance, 52% of Britons agreed with the statement that “officials of the European Union are gradually seeking to take over all law-making powers in this country.” The impossibility of talking somebody out of such a ludicrous view, because they can always refer you to a Facebook post or Daily Mail article that confirms it, is the sump in which Western politics is now drowning. Such is the post-truth era. As the filmmaker Adam Curtis describes the tactics of the Russian propagandist Vladislav Surkov, the aim “is not to win the war, but to use the conflict to create a constant state of destabilized perception, in order to manage and control…A ceaseless shape-shifting that is unstoppable because it is undefinable.”

Which sounds to me like an eerily good description of Thomas Pynchon’s narrative style. (And indeed Surkov was once an avant-garde theatre director.) This is what makes me suddenly leery of conspiracy novels, including my own. As Wood wrote of Underworld, “It is one thing for [the book’s protagonist] Matt Shay to believe that there is no difference between Agent Orange and orange juice; but it is another thing for the very novel to seem to endorse this view. And DeLillo does seem to endorse it.”

I remember an argument I once had with a flatmate of mine in New York who believed that the CIA deliberately introduced crack to American ghettoes in order to hobble the black population. “I’m not saying you shouldn’t believe in conspiracy theories,” I told him. “I’m just saying you should only believe in the right conspiracy theories.” The CIA have committed enough actual, documented, irrefutable crimes that it is both unnecessary and pernicious to believe in invented ones. The problem is, there is no such thing as rigorous paranoia. Because—like Thomas Pynchon, Alex Jones, and my former flatmate—I believe that governments lie to us, I was not able to offer a fundamentally different outlook on the world, I was only able to offer a shuffling around of some specifics. If my former flatmate chooses to read my novel not as an allegory for Operation PBSUCCESS but instead as an allegory for Operation SOME IRRESPONSIBLE BULLSHIT HE READ ON THE INTERNET, what am I to do?

I’m not suggesting we need a new wave of fiction that reveres consensus and authority. When we observe the Alt-Right questioning the established facts and the established world order, the last thing we should do is offer them a monopoly on that attitude. Nonetheless, if I had just written a novel that extolled, say, the spiritual joys of being alone with nature, and meanwhile enormous numbers of ill-prepared people were being found dead in the woods after succumbing to snakebites or dehydration, I might try to introduce some balance into my next paean to the wilderness. Reluctant as I am to admit it, Wood might have got it right all along. I want to keep writing, and reading, conspiracy novels, but as long as our current emergency lasts, I think we should blow away the Pynchonian haze, and develop a newer, more scrupulous version of a dissident epistemology: believing nothing because you always demand more proof, rather than believing everything because you always settle for less.

Ned Beauman is the author of the new novel, Madness Is Better than Defeat. He was included on Granta’s 2013 list of the twenty best young British novelists, and his work has been translated into more than ten languages. He lives in London. 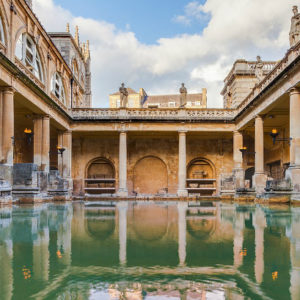 Things aren’t what they used to be in the city of Bath. The hot mineral water still gushes up from the springs just as it did it ancient...
© LitHub
Back to top