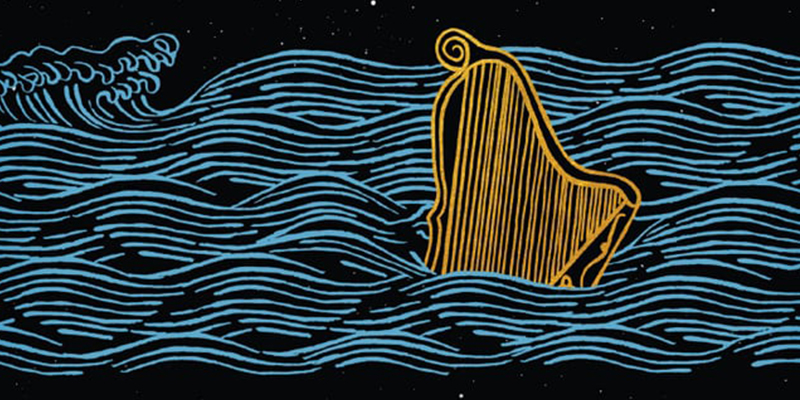 "These tales hold their own breath and blood; they are not just words on a page..."

I remember when I first learned that Cinderella’s stepsisters cut off their toes and heels so their feet would fit the glass slipper. Or the first time I read Bluebeard and discovered—alongside his bride—what hid behind the closet door. I realized that many of the fairy tales I grew up on had been altered to hide their claws and teeth and gruesome violence. And yet how our society is built upon such tales. We hunger for them, just as the fairytales are built on hunger—for food, for love, for power, for vengeance.

When I was gathering research for my fantasy novel, A River Enchanted, I sifted through pages of Scottish fairy lore, fascinated by the old folktales as well as the danger woven within them. And I wondered how those listening could answer such magic. The lore might have been spun with caution or entertainment in mind, but I am drawn to also believe that it was inspired by a simple truth: “This is how our world is, and this is how we live within it.”

I want to share three pieces of Scottish folklore with you—one from the water, one from the land, and one from the wind. These tales hold their own breath and blood; they are not just words on a page but live in the shadows of currents and grass and zephyrs. And their endings depend on what the listener knows—the magical danger within them cannot be met sword for sword but challenged in other ways.

Let’s start with the sea.

You’ve most likely heard of a kelpie before—a magical colt that lives in streams or running water and delights in dragging his riders beneath the surface to drown. But a kelpie’s most vicious relative is the Each-Uisge—the water horse. The Each-Uisge inhabits the sea but can also be found in fresh and saltwater lochs. The water horse is a shapeshifter and can appear to humans in different ways, dependent on where this story is told. In Scotland, the Each-Uisge often takes the shape of a handsome man and will target a young maiden, sitting by the water.

He’ll charm her, of course. He’ll talk with her and eventually coax a few songs from her, and he’ll lay his head in her lap, enjoying her caresses to his hair. If the Each-Uisge convinces the maiden to climb upon his back, her life is forfeit; he will carry her back into the sea or the loch he belongs to and drown her. Afterward, he will tear her body into shreds and eat her, leaving only her liver behind to float up to the surface.

But there is a chance for the maiden to outwit him, if she knows what to look for. A slender moment when the balance of power is level and a mortal can escape something as insidiously enchanting as a water horse.

As noted before, the Each-Uisge wants a maiden’s songs and her attention, to feel her fingers card through his hair. In the beginning, he has distracted her with his handsome face and his smiles and his conversation, but the moment he lays his head on her lap is when the maiden can outfox him. For a water horse cannot hide the water weeds in his hair. If she finds them tangled among his tresses, she can recognize his true nature. And if she can slip away without rousing him, she will escape his cruel magic altogether.

Her salvation is in her own hands, if she knows what to look for.

Let us now travel from the water and press further inland, where the magic of the earth is abundant as the heather and the bracken and the hills of the highlands.

Every now and then, a family will encounter a gruagach on their croft or farm. A gruagach is one of two things: the wandering spirit of a woman who has been stolen by the fairies, or a mother who has died in childbirth. Two very different and yet devastating fates. But what is fascinating about her is that she is not fastened to the family she sometimes aids and sometimes intimidates; she is bound to the land.

Her specialty is aiding the family she haunts, and she helps around the home and with dairy chores. But she is also quick to anger if she is not given her due. An offering of milk is all she requires to maintain the peace of the farm and should the mortal family forget or forgo their gift…she will wreak havoc. She’ll chase the cows; she’ll spill or spoil the milk; she’ll ruin the harvest of grain.

Her magic may not be as harrowing as the water horse, but grain and milk are both equal to survival in many folktales. It is sustenance, and without it one goes hungry. And hunger can lead to dangerous bargains. The gruagach’s enchantment, then, is one that humankind can abide with, finding a balance of peace and respect, so long as they take the time to honor the spirit’s presence.

From water to land, we now cast our attention to the air.

We can find our last piece of lore on the roads, where something as ordinary as a burst of wind can turn into something far more sinister. A Furl O’ Fairies Ween—or a whirl of fairies wind—can come unexpectedly, kicking up dirt from the road in pure, summer daylight. These fairies descend with the intent to steal, snatching humankind and animals alike in their strong gusts. Outwitting them requires not only knowledge of the correct words to say but what to give in a bargain.

To save yourself or your kin or your livestock from being taken, you must throw one of three things: your left shoe (certainly not the right one), a knife you carry, or a handful of earth from a molehill. With such an offering, you must also say, “This is yours that is mine!”

I think what strikes me the most in this encounter between mortal and fairy is how fast a human must be to offer something they can part with—to fool the whirlwind to believe the gift is something of great worth. At least long enough to distract the fairies from taking what is most precious. What the mortal cannot bear to lose.

In all three pieces of lore, there is an imbalance of power between that which is magical and that which is human. From the malicious water horse to the mischievous gruagach to the powerful burst of fairy wind. How do mortals answer the violence and enchantment that they commonly encounter? It would seem they would be so easily drowned in the sea, find their milk and grain spoiled, and vanish into the dusty wind, never be seen again by their kindred. But I find that I don’t read the lore as cautionary tales.

Time and time again, we see a human encountering sly, hungry creatures or wild, magical spirits. And the enchanted beings of folklore are not concerned with right and wrong, but in merely surviving and following the path set down before them. In the same breath, some mortals in the stories fall prey to the fairy winds and the water horses. But there are also those who outwit them not by magic but by quiet, mortal ways. They, too, are surviving in a world of enchantments. And they forge such a path with their hands and their words and the left shoe on their foot. With small offerings of milk and respect.

We must make our own, ordinary magic with what we know, from where we find ourselves, and with what we have within our reach. 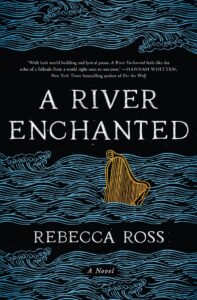 Rebecca Ross writes fantasy novels for teens and adults. She lives in the Appalachian foothills of Northeast Georgia with her husband, a lively Australian Shepherd, and an endless pile of books. When not writing, she can be found reading or in her garden, where she grows wildflowers and story ideas. Find her on Instagram @beccajross.

Dismissing Fan Fiction As Base Just Makes You Look Basic 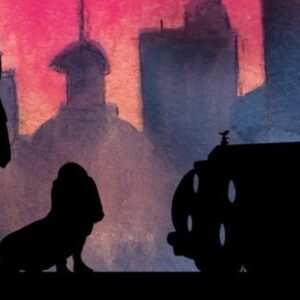 Most crime writers in the English language—plenty outside it, too—will, if asked, promptly cite Sherlock Holmes and the varied...
© LitHub
Back to top