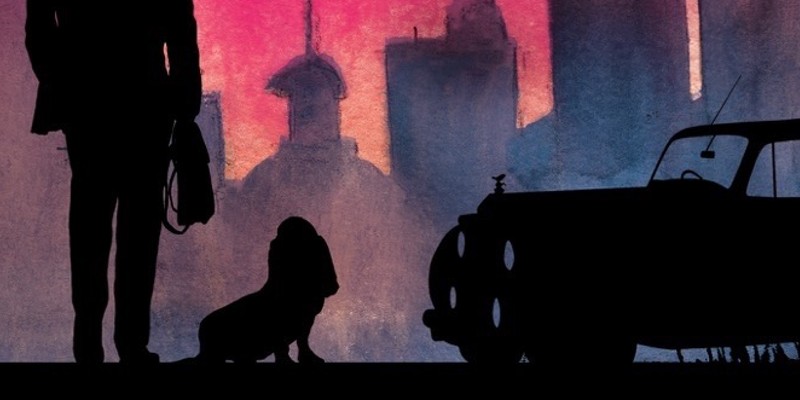 A.J. Finn makes the case for why David Handler's mystery series should be on your bookshelf.

Most crime writers in the English language—plenty outside it, too—will, if asked, promptly cite Sherlock Holmes and the varied works of Agatha Christie as foundational literature, the stock in their soup. (This novelist is no exception.) But I find myself reliably interested in those other ingredients, those unexpected seasonings: which authors, and which books, have nourished today’s storytellers? 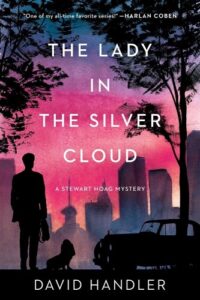 I’ve said it before and I’ll say it again (indeed I’ve said that before—and I’ll say it again): were it not for David Handler, the Edgar-winning author of more than two dozen delectably clever, smoothly written, surprisingly poignant, altogether sparkling mysteries, I wouldn’t have come to write crime fiction myself.

When at age thirteen I read my first Handler, aptly titled The Boy Who Never Grew Up, I had recently graduated from Agatha Christie Academy, only to discover that many contemporary authors trafficked more in grim gore than in satisfying sleuthing. In these stories, skulls, not cases, got cracked.

But then, dear reader—then, one summer day, ghostwriter-cum-amateur detective Stewart “Hoagy” Hoag stepped off the shelf at the East Hampton Public Library on a waft of Floris (and whatever his basset hound Lulu might happen to be eating)… and I followed him to Los Angeles, where a series of deaths had stalled the production of a troubled film. Hoagy, I learned, was a debonair man-about-town turned man-about-crime scene. His wit was dry, his bars were wet. He was educated (at You Know Where), tasteful (Messrs. Turnbull & Asser owe him a debt), and, in his role as ventriloquist to the rich and often infamous, entirely at home on a Hollywood lot, or at an antebellum manse in Virginia, or at the Algonquin Hotel. (Lulu liked the Algonquin, too. “She always has.”)

After Hoagy solved the movie-set murders, I caught up with his earlier adventures, each of them a classic fair-play mystery, smart and tart and satisfying. Now, Stewart Hoag wasn’t the first reluctant gumshoe to stalk his way through a crime story, of course. But few sleuths had stalked with such grace, and few stories bubbled with such fun. Hoagy and Merilee Nash, his now-you-see-her-now-you-don’t paramour, sparred with the zip and zest of The Thin Man‘s Nick and Nora (whose pooch Asta had been as intrepid as Lulu was agreeably useless). Supporting characters—Romaine Very, Mavis Glaze, Cassandra Dee, Dwayne Gobble (a particular favorite)—popped as brightly as their names. And Handler staged scenes with the country-house-farce precision of a Wodehouse caper.

The effect, then as now? Both fresh and timeless, both cool and comfortable. Or, if you’d prefer some more modern reference points: think Archer on the FX network, Only Murders in the Building on Hulu, or Chevy Chase’s Fletch—this last not particularly here-and-now, true, but a remake starring Jon Hamm is underway.

All television programs! (Hamm, by the way, would make an excellent Hoagy.) David Handler was writing material this frisky—yet sophisticated—decades ago. Isn’t anyone carrying the torch? Have we surrendered crisp, classy mystery storytelling to the screen? Who will save us?

Why, Stewart Hoag, of course. With an assist from David Handler.

You see, Handler retired Hoagy before the new millennium, then launched a series starring the winning duo of film critic Mitch Berger and Desiree Mitry. Those books are raspberry-tart delights, both sweet and tangy, and I also recommend the Benji Golden duology, in which a diminutive private eye lands himself in outsize trouble. But Hoagy is special to me—so special, indeed, that in 2015, during a lunch with Handler’s gentlemanly, whip-smart literary agent, I dared suggest a Stewart Hoag revival. To my eventual astonishment, and to readers’ eventual pleasure, both author and agent agreed. The Girl with Kaleidoscope Eyes reintroduced Hoagy in a mystery as nimble and wicked as any of his previous adventures, while fixing the action in the 1990s, a decade for which many of us these days feel downright nostalgic.

Four more books have only strengthened the series. And now, The Lady in the Silver Cloud marks the thirteenth outing for Lulu and her master. That number might be unlucky for some, sure—but not for David Handler, who here has delivered the very best novel of his decorated career: a novel so much fun I practically hugged myself as I read it.

Nearly thirty years after Stewart Hoag visited that film set and met a director whose earlier film Yeti 2 had starred, as the title monster’s mate, “a surprisingly scary Glenn Close”—nearly thirty years after I found a friend who dressed and spoke as I wanted to dress and speak, whose laconic cool couldn’t quite frost over his gallantry—I’m a writer myself. My books are dark psychological thrillers, so perhaps not obviously indebted to David Handler’s books… but they are, I tell you. Thanks to him and Hoagy, I’ve tried to spring-load my fiction with fair-play whodunit climaxes; I’ve hotwired some of my dialogue with humor (albeit not as liberally or expertly as Handler himself); and I appreciate how a story, whether it’s set today or thirty years ago, can still feel timeless, ageless, classic.

Whose lapels must I seize—whose shoulders must I shake—upside whose head must I smack — to make this man a bestseller? Why are viewers not storming their living rooms this very minute to catch Stewart Hoag in action on Netflix or Amazon Prime or wherever? And how are you still reading these words? Go! Begone! Buy this book (or, if you’ve shoplifted it, return it immediately, then buy it) and get ready to hug yourself.

A. J. FINN lived in England for many years before returning to his native New York. His debut novel, The Woman in the Window, has been published in more than forty languages and sold millions of copies worldwide. 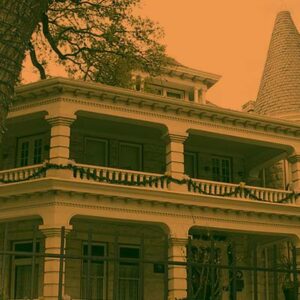 In the early 1900’s, physicist Albert Einstein published his theory of relativity. While the intricacies of Einstein’s...
© LitHub
Back to top