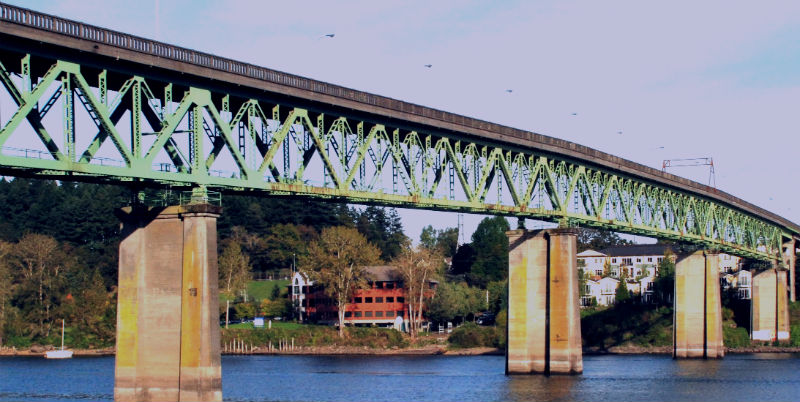 Reckoning with the Crimes
of Amanda Stott-Smith

How Could a Mother Drop Her Children from a Bridge?

The breakup of Amanda Stott-Smith and Jason Smith’s seven-year marriage did not seem out of the ordinary. They were arguing about money and stressed about the kids. Jason moved out of the family home in Tualatin, Oregon—thirteen miles southwest of Portland—in June 2008. Amanda stayed in the house, which one of her college classmates later described as “the color of throw-up,” with the couple’s nearly four-year-old son, Eldon; six-year-old daughter, Trinity; and Gavin, Amanda’s eleven-year-old son from a previous relationship. Jason moved in with a buddy for the summer, and by fall he was living in one of his mother’s rental properties in Eugene. As he had throughout his marriage to Amanda, Jason relied on his mother, Christine Duncan, to pay for what he could not. She helped with the rent on the Tualatin house and made sure the children were cared for when they visited their father. She took the family to Southern California for Thanksgiving. She saw her daughter-in-law’s increasingly poor mothering skills as reason why Jason should pursue custody of the two younger children in the divorce.

It was also not out of the ordinary, at the start of the new American century, when following her arrest for dropping Eldon and Trinity from a Portland bridge just after one o’clock on the morning of May 23, 2009, Amanda would tell detectives, several times, that she did not want to be on television.

The request for anonymity proved impossible to honor. Amanda’s picture ran on the front pages of the Portland Tribune and Oregonian newspapers. Advocates for capital punishment argued that mothers who kill their children are the reason the state has the death penalty. Those who saw mental illness as a factor called for more funding of social programs, and a city councilman told fellow council members that he became committed to finding money in the budget for a new rescue boat after he “listened to the 911 tapes, [and] could hear the little girl screaming, ‘Don’t, Mommy, don’t.’” That this was not what Trinity or any child had screamed on tape did not stop the Oregonian from running the quote.

Most people found what Amanda had done unfathomable. Unpacking the reasons why a mother kills her children can scare people, and spectators at Amanda’s sentencing in April 2010 may have felt the burden lifted when the judge called Amanda’s actions “truly incomprehensible.” It was a sentiment echoed by Jason. During sentencing, he told Amanda, who would not meet his eye, “The nature of this crime will never be known to me, and no thoughts of the murder will ever make sense to anyone.”

Article continues after advertisement
If Amanda briefly cried that day in court, she for the most part maintained the half smile I had seen her wear at previous court dates, one that could be described as placid, or bemused, or frozen, or as a latent tell of the criminal mind.

If Amanda briefly cried that day in court, she for the most part maintained the half smile I had seen her wear at previous court dates, one that could be described as placid, or bemused, or frozen, or as a latent tell of the criminal mind. The smile might have been locked in place by the antidepressants she both had and had not been taking since Jason left, or by bewilderment. It made sense that Amanda would be bewildered by where she found herself, at the defense table during her conviction for the murder of her son and attempted murder of her daughter, her ex-husband sitting beside the woman he had married earlier that week, giving him the opportunity to say, for the TV cameras and thus posterity, that Trinity now had “a new mother she can love.” Amanda Stott-Smith’s identity had been pinned to being her children’s mother, to being Jason’s wife. Hearing how she had lost it all and would pay for that loss would have been stultifying, and in addition to whatever else it was, the half smile seemed like a way for Amanda to cover her mortification.

Whether Amanda had lost her identity before or after she dropped the children from the bridge was not addressed that day in court. “Truly incomprehensible . . .” put a period on curiosity. If the judge declared examination futile, if Jason believed the murder of his son would never make sense to anyone, then spectators could reasonably conclude they were off the hook, that incuriosity was perhaps kindlier, safer for all involved. When given the opportunity to stand and tell Amanda how her actions had undone their lives, only Jason and two of the perhaps seventy other people in the courtroom chose to do so. Jason’s mother read a poem written by Eldon’s preschool teacher; Gavin’s stepmother, through tears, said, “I pray now that this part of the story is completed.”

Amanda herself kept it short, saying she was “deeply sorry” for what she had done and hoped that people would someday find it in their hearts to forgive her. And then she was led away, and the case was closed, and anyone with questions about why a mother who loved her children would take them to a bridge in the middle of the night and drop them over was, if informally, invited to keep quiet and let the healing begin.

Or that’s how I saw it. Others saw it differently. Two days after her arrest, a commenter on the website The Weekly Vice with the screen name Lil Miss Sunshine posted, under a summary of the crime and Amanda’s mug shot, “Stop crying you dumb bitch cuz NOBODY feels sorry for you!”

After sitting for a somewhat longer period of reflection, the poet Mary Szybist wrote “So and So Descending from the Bridge” about Amanda and the children. The poem appeared in her collection Incarnadine, which won the 2013 National Book Award for Poetry.

“Behavior makes sense,” Jen Johnson, Amanda’s college friend, told me four days after Amanda was sentenced. Also, the last time she had seen Amanda, “she was pregnant with Eldon. She was beautiful and radiant and knew she was having a boy.”

During the years I looked into Amanda’s story, I sometimes thought of her half smile in court and wondered how deliberate the expression had been, how much control she had over keeping her face just so. I read the John Cheever story “The Country Husband” and came across the sentence, “Her head was bent and her face was set in that empty half smile behind which the whipped soul is suspended.” I wondered whether Amanda’s soul was whipped or if she were sly, and also, whether looking into the murder of a child by its mother was like staring into a prism in your hand: the more you turned it, the more possibilities beamed back, anguish, rage, comprehension, and untruths refracting—whatever you wanted to see you would find there. 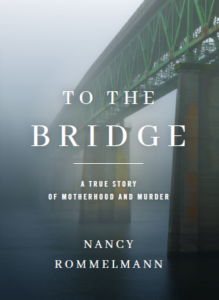 Adapted from To the Bridge: A True Story of Motherhood and Murder, by Nancy Rommelmann, Copyright © 2018. Reprinted with permission of Little A.

Nancy Rommelmann is an author and journalist whose work appears in the Wall Street Journal, the LA Weekly, and the New York Times, among other publications. Her new book is To the Bridge: A True Story of Motherhood and Murder.

11 Crime Novels You Should Read in July 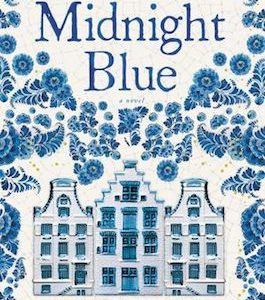 The short walk to Keizersgracht seems to take twice as long as usual. With each step I’m aware of Jacob’s presence and my mind...
© LitHub
Back to top