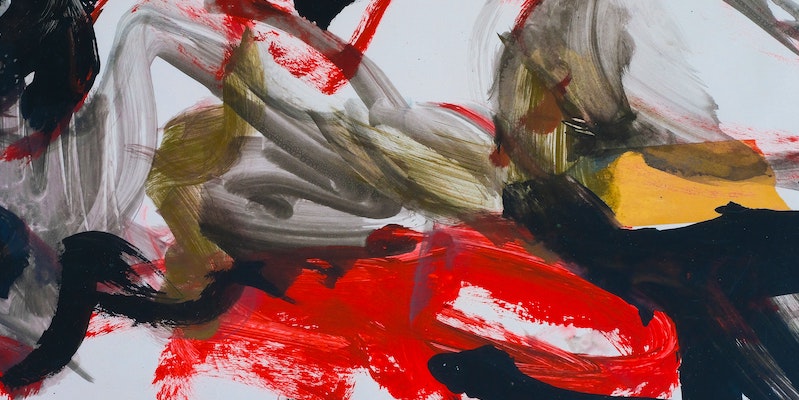 "The fantasy unpacks itself weekly from red Panavision trucks, spitting distance from the courthouse in downtown Brooklyn where I work."

Violence and art couple freely as rabbits on the American scene, but as a crime writer and defense attorney—with a foot in each world—I find it impossible to recognize real-world crime in the depiction of violence for art’s sake.

Popular media gets murder wrong. The fantasy unpacks itself weekly from red Panavision trucks, spitting distance from the courthouse in downtown Brooklyn where I work. There on random afternoons crews erect lighting scaffolds and gaffers fasten down thick electrical cords before actors arrive to shoot another episode of whatever crime show Americans love. I don’t watch them anymore.

Before becoming a DA twenty-five years ago, I worked for a big law firm on Wall Street where I mostly pushed paper and got paid a lot of money. And I loved Law & Order. If you’re a lawyer, and if all you do is push paper and get paid, you think a lot about what it must be like to stand on your feet, in a courtroom, and to ask a jury to convict a man of murder. You think about doing something meaningful. You think about being a real lawyer.

Now on the other side—looking at Law & Order and the shows like it, and the movies like it, and the books like it—looking at all that from the inside out, you decide to leave them alone not because they’re objectively bad or laughably off-target but because they’re nevertheless just plain wrong. Like an alien disguised in human skin, who can name all the presidents and state capitals but still can’t manage to get ketchup out of a bottle, popular crime entertainment gives its dissimulation away in the details.

On television and in books murder is too clean, motives too dirty. Killers are too guilty, victims too innocent. Cops are too cynical, prosecutors too smart. Courtrooms have glossy walnut everywhere, and the defense tables aren’t bolted to the scuffed linoleum floor to prevent them being thrown in anger when the verdict comes back. Juries pay attention. Witnesses happily testify. Judges are wise and defense lawyers rich. Prosecutors have only one case and, worst of all, while I try addicts who kill addicts and sixteen year olds who didn’t know the gun was loaded, my fictional counterparts nail embassy bombers, billionaire perverts, and celebrity stalkers. Every week, they try a prosecutor’s dream defendant.

No, I’m not saying we should stop watching murder and reading murder. If anything, we need to watch and read more murder. Apart from its necessary cathartic allure, the depiction of criminal violence stirs us from our wooly complacency to think about ideas that might otherwise seem shopworn or even vaguely embarrassing to discuss—concepts such as truth and justice. Hitchcock said, “One of television’s greatest contributions is that it brought murder back into the home—where it belongs.”

So popular media can’t be indicted for giving us what we want (and need) to see. And, as a writer, I understand why writers focus on the more lurid aspects of crime; murder in its perpetration and investigation is just plain fascinating, and a strict adherence to the quotidian truth of it would be tedious. A certain authorial license is necessary. I take some myself.

Rather, what’s troubling is the relentless trivialization of violence and death in books and on screens large and small. Instead of taking advantage of the singular opportunity that crime provides to reflect upon large, complex concepts—an opening conspicuously wide in our smug and safe postmodern world—Hollywood and novelists increasingly misuse crime merely to titillate or to give their output a gravity unearned by force of art. A corpse on the floor will always get your attention.

Some say that this exploitation of violence, this glamorization of violence, in fact is the root cause of violence. To me a coincidence of the two seems farfetched; of the thousands of criminal cases I’ve prosecuted and defended never have I had a gone girl nor a woman on a train nor even so much as a single woman in a window. Equally incorrect is the reverse: the claim by our entertainers that their art is merely the egg laid by a violent world, which came first. The conclusive answer to this argument—that art merely reflects reality—is that it doesn’t. This I can also say with some authority.

And yet even if art and violence remain distinct they do affect one another, as Jupiter’s gravity sways Saturn’s orbit without causing it. Writers reflect the violence in our world inaccurately, as in a funhouse mirror, but this does not absolve those who draw from nature. Certainly by depicting violence as spectacle our entertainers perpetuate a climate friendly to murder; like gladiatorial combat, murder has become something enjoyable to watch with others after dinner and perhaps even to try ourselves. And so those who undertake violence and those who depict it form a dirty little circle, like two dogs with their noses under one another’s tail.

But even the fictional dead deserve respect. By calling murder sport and feeding us stylized versions thereof, books and shows have given us serial killers with fan clubs, internet sleuths who regard violent death as a variation on Pokemon Go, and seventeen year old white boys in Connecticut saying I bus a cap in yo ass, as if they had some weary appreciation how people die in city neighborhoods where they’ve never been.

I had a guy, shot in the gluteus medius as he lay on a Brownsville sidewalk, dying but not dead he lay begging for his life and the shooter stood over him and gave him another as he rolled fruitlessly to avoid it. The nine-millimeter hollow-point bullet severed his left femoral artery, and he bled to death in front of his own home.

In other words, somebody busted a cap. In his ass.

Real killers don’t talk that way. Some do, most don’t. Most killers are skinny and young. They don’t have fathers and their clothes smell like fried food. They don’t go to school and can’t spell. They like cigarettes but prefer weed. In jail, awaiting trial, they become Muslims so they don’t have to come to court on Fridays. They don’t bust caps or say they do. When handcuffed they don’t say anything at all, or if they do it doesn’t make a lot of sense.

If you’re around murder every day, then you see murder differently than everyone else. Real murder makes you think, not merely about the infinitely varied ways in which men kill and are killed and the really bad reasons why that happens, but about other things that seem absurdly out of place in the moment.

There was another boy I remember. He was dead. He was wearing red boxer shorts, still hiked up over his waistband, and I remember thinking he put them on that morning when was alive. Such things occur to you, seemingly irrelevant, but perhaps these thoughts are the mind’s unconscious effort to grope for humanity in Exhibit A. If the kid wore boxers and he put them on, then he was alive once. Right?

What’s lost in movie murder and thriller killing is the victim. What we don’t see is the space left in the world when they die. That’s part of the story, too. So if you’re around murder every day, and then you write a book about it, you think about all the people you’ve seen who died violently and wonder in your head whether you’re just trading on what you know because that’s what people like to read. Then, if you get around that, you decide if you’re going to write about it you have to tell the truth, you have to get it right.

That’s how you respect them, the fictional dead—the people who walked and talked in your mind and were real for you until you killed them. 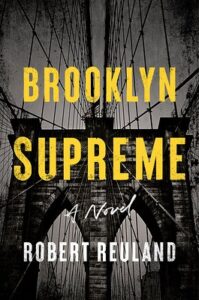 Robert Reuland’s latest novel is BROOKLYN SUPREME. He is the author of two other novels, also set in Brooklyn where his is a practicing criminal attorney specializing in homicide defense and wrongful conviction litigation. 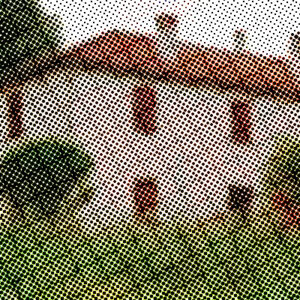 It was the perfect venue for a summer vacation. A comfortable stone country house in the Dordogne—land of foie gras...
© LitHub
Back to top