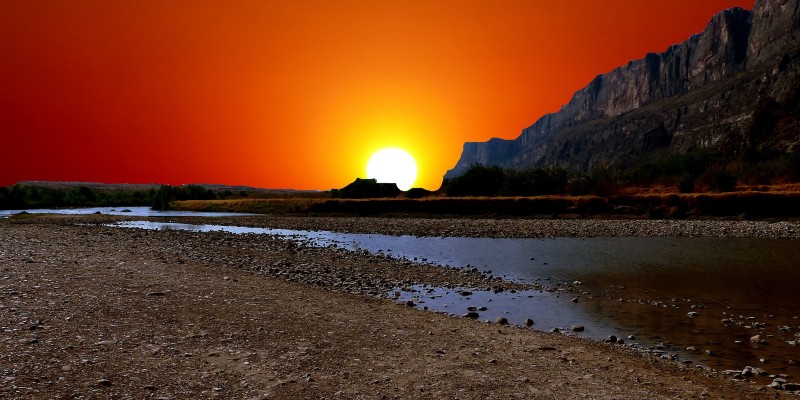 "Borders, like crime novels, let people be in many places at once: the familiar, the unfamiliar and the space between the two."

The crime that triggers the story in my latest novel, Death Rattle, takes place in a migrant detention center in the Californian desert near the border with Mexico. My sleuths are both border professionals: Marine Interdiction Agent Nick Finn and his wife, migrants-rights lawyer Mona Jimenez. When Death Rattle was included in a recent round-up of forthcoming crime novels under the rubric “Border Noir,” it got me thinking about what that term means. I asked myself how I ended up writing about the border in the first place.

Though I’ve now written two “border noir” novels, I had never looked up the word in a dictionary because I had always assumed that I knew what the headword definition would be: something on the lines of a political division, a line drawn on a map, sometimes following a convenient natural boundary (The Pyrenées, the Rio Grande/Río Bravo), sometimes an inconveniently arbitrary one (the Mason-Dixon Line, the line demarcating the Koreas), but, whether natural or invented, it would surely be something specific, clear-cut.

Turns out, I was wrong. The headword definition for border in my Concise Oxford Dictionary reads: the edge or boundary of anything, or the part near it.

A fuzzier definition, I realized, of the place I was writing about than the one I had in mind, and which the dictionary relegates to second place (The line separating two political or geographical areas). ‘The edge, or the part near it’: not a line, but a zone; not a sharp limit, but a hazy fringe.

Our idea of a border as a sharp line is relatively recent. Older civilizations had a much more approximate idea of where their boundaries lay. Rome’s power diminished in inverse proportion to the distance you travelled from the capital, as Ovid discovered when, in 8 AD, the Emperor Augustus banished him to a far-flung frontier town on the Black Sea called Tomis. The “poet of tender passions” was appalled to discover that the Tomitae, though nominally Roman citizens, spoke no Latin, went about constantly armed, and were forever fighting off raids by barbarian tribes from across the Danube. (Today, you can get a distant echo of Ovid’s first impression of the frontier as an uncouth out-place by walking along the strips of brothels, bars, porn and gun shops that cluster along certain national borders, city limits and county lines.)

Of course, the people who actually live on borders have always known that borderlands have their own characters. Ovid expected Tomis to be “a war-stricken cultural wasteland on the remotest margins of the empire,” but the Tomitae were in fact polyglots (they spoke Greek, Getic and Sarmatian) who not only fought off the raiders from across the Danube but negotiated with them, as they did with Rome. And I feel pretty confident speculating that the further Americans live from their southern border, the more likely they will be to think of it as a line to be defended, whereas the people who live close to it will think of it as a zone to be negotiated. The writer Sergio Troncoso, who grew up in El Paso, articulates this better than anyone:

“The Juárez/El Paso area before the recent drug violence was not a bilingual, bi-national, bicultural Zion, but it was one world. One entity. One place. One city where you could live in between worlds, and have the hope of creating something new. A third way to be, not along the border, but on the border.”

Not along the border, but on the border. An in-between place, but a place of its own — like a good crime novel.

A good crime novel should keep you suspended between hope and anxiety, emotions that collect along the border like metal filings to a magnet.

A good crime novel should keep you suspended between hope and anxiety, emotions that collect along the border like metal filings to a magnet. A good crime novel will have a liminal mood (from the Latin limen, “threshold”, another word for border) full of shadows and creaking floorboards; a good crime novel will evoke an uncanny feeling, will present the world in a way that appears familiar but somehow off, as in a Hitchcock film. Border zones have this in spades. That’s why the sleuth is in his element there. The sleuth thrives in the uncanny. The sleuth champions the dead in the realm of the living; the sleuth strives to reveal what is hidden; to re-create the last moments of the victim’s life; to revisit the past. Borders, like crime novels, let people be in many places at once: the familiar, the unfamiliar and the space between the two.

The border is such a biddable metaphor, freighted with connotations that an enterprising writer can use to his own ends, as much as challenge, correct, reclaim. Stories are made on borders, nowadays as much as in Ovid’s time. The poet never returned to Rome. Instead, he befriended the locals, wrote two books of poetry, and died on the frontier. 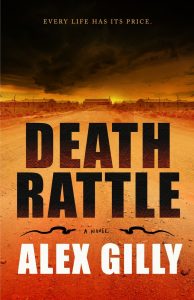 ALEX GILLY is a writer and translator who was born in New York City and has lived in Australia, Canada, France, California, and the UK. Devil's Harbor was his first novel. He currently lives in Sydney with his family. His new novel, Death Rattle, is now available from Forge Books. 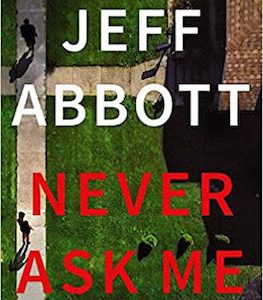 Iris Pollitt sits in her car, in her closed garage, hands on the wheel, thinking: Danielle is dead. Really dead. And then...
© LitHub
Back to top