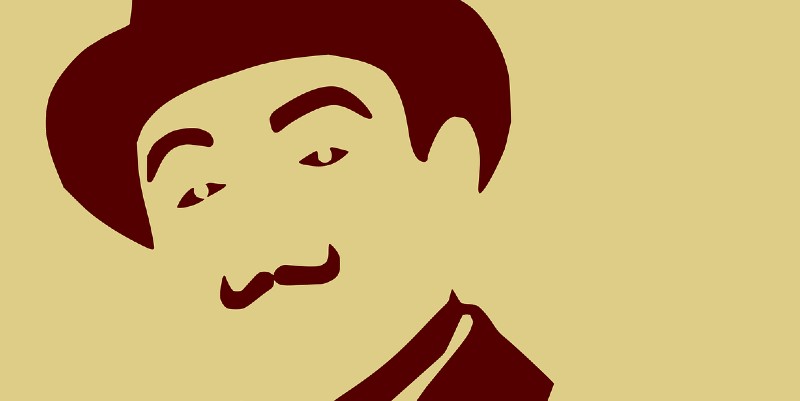 Traditional mysteries used to be all about restoring the status quo. Now, they're just about good people, striving.

It is the nature of progress that what is now cutting-edge will, with the passing of time, become traditional. And it is the nature of human beings to remake and refine what has worked in the past, and call it new.

And so the term “traditional mystery” is from the outset somewhat difficult to define absolutely. It has an almost organic structure, with successive authors and generations adding their own extensions and renovations to the house built by the likes of Poe, Christie, James, Sayers and Conan Doyle.

That original house had a foundation built on the reassurance of the middle classes, and four recognizable walls: the amateur detective or private investigator with superior powers of deduction, violence and sex occurring largely off-stage and referenced rather than shown, an incompetent or indifferent police force and, above all, the restoration of social order.

Over the years, Hardboiled, Noir, Forensic and Suspense have moved into the street and Traditional crime has been influenced by the architecture of its neighbors. Its walls have been repainted, moved and even knocked down to improve both the view and street appeal for contemporary tenants.

The protagonist of a traditional novel no longer needs to have the savant abilities of Holmes or Poirot. Indeed, modern audiences have become skeptical of cases made on a finely balanced tower of minute observation and inference. Today’s reader has too sophisticated an idea of legal burdens of proof to be satisfied with an arrest predicated on opportunity established by inventive conjecture. Protagonists have become less to-be-admired for their infallibility, than relatable for the opposite.

Protagonists have become less to-be-admired for their infallibility, than relatable for the opposite.

Similarly, while today’s traditional mystery is still less graphic than its hardboiled, forensic and noir counterparts, it is no longer a drawing room puzzle in which the protagonist is rarely in peril. The modern protagonist is required to have skin in the game, to be at risk of more than the humiliation of not solving the crime. Mystery has become a more ruthless muse, and readers are drawn to the salacious thrill of witnessing a character tormented by pain and adversity. Justice and resolution must be hard won, purchased with blood and courage and anguish, regardless of whether it is described in graphic detail.

The once impossibly incompetent police force has become, more realistically, merely overworked and under resourced, though a certain failure of legal authorities is still essential to motivate the amateur into action, or necessitate a private investigation. We are less able, however, to believe that detective inspectors will happily defer to the deductive suggestions of nosy old ladies who knit.

P.D. James famously declared that the traditional mystery is not about murder at all, but the restoration of order; is this redress that readers seek when they select the genre. Comfort lay in the fact that by the end of the novel, any problems would be solved. It was certainly the case in many Golden Age crime novels. Readers could rely on evil being punished and good prevailing, on the cause of harm being removed. It was a time when simple equations of action and consequence were more satisfactory than they seem to be today, and an era when the world could be compartmentalised into the immediate circumstances of the crime distinct from larger questions of society or politics. The crime often had little if any ongoing effect and the solution of the crime seemed adequate restitution for the tragedy of murder.

The modern protagonist, on the other hand, can fail to save the day even if he or she solves the crime. The perpetrator can go unpunished, and lives can remain shattered by loss. The reader knows who did it, but may be denied the simple satisfaction of a “just desserts” ending, without the story failing to meet the standards of a genre which had evolved beyond being a discreet intellectual puzzle.

And yet we are not talking about a complete rebuild. The foundations of the traditional mystery remain, underpinning the extra stories, the new wings. Readers still turn to the mystery novel for comfort and reassurance. Indeed as the world becomes more bleak, and harsh, crime fiction—including traditional mystery—only increases in popularity.

The comfort it offers does not however lie in some contrived restoration of order, but in the valiant attempt. It is not about how a crime novel ends but how it begins. The essence of the 21st century crime novel is not about murder, or deduction, or even justice. Instead at the core of the genre is the understanding that when things go wrong, when it all goes to hell, someone will stand up and fight for what is right. That someone may be an embittered alcoholic cop, or a journalist, an old lady, a wrongly accused amateur or even a gentlemen artist… but whoever they are they will say no, they will resist.

Article continues after advertisement
Enough comfort now lies in the idea that in the face of injustice and evil, we are not alone.

And considering the times in which we live the change is possibly understandable. Readers more than ever are contending with a world in which true justice seems too much to ask, where political juggernauts appear unstoppable. We’ve become too cynical to accept the fairy-tale of order being restored, evil being punished and the hero getting the girl… at least in a single book. Even so, we are not defeated. Enough comfort now lies in the idea that in the face of injustice and evil, we are not alone. That against insurmountable odds, and despite personal danger, at least one person will care enough to stand up.

And so, the mystery novel has become, above all, a literature of resistance. At its core is a champion who will not let matters lie, who will defy propriety, circumstance and fate itself to achieve a greater end, whether that be justice, truth or a personal sense of right and duty. They may not succeed but they will try, and if they fail, the reader will know—even in the absence of a sequel—that they will return to the fight. The fine art of the mystery writer relies on an ability to lead the reader through the darkest of moments to a realization of some sort. Occasionally that realization involves hope, but not always.

The story is in the resistance. 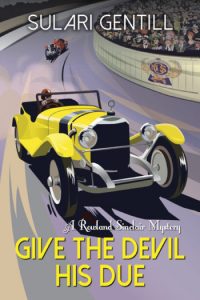 The Most Anticipated Crime Shows of 2020 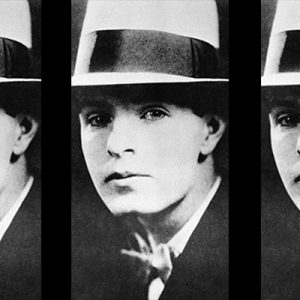 Love kills. Nowhere is that truer than in the work of Cornell Woolrich, America’s greatest noir novelist. And in that...
© LitHub
Back to top