The Most Anticipated Crime Shows of 2020

Previewing the Best New TV Series of the Year

Peak TV plows on, head first, into a new decade. It just keeps coming, crime story after crime story. You probably don’t have time to look through all the press releases, trailers, and premiere calendars in order to remember when the new season of Better Call Saul is due (February) or whether that Rosario Dawson / Briarpatch show is really happening (it is). That’s why we’re here.

The streaming landscape is changing (see: the late 2019 premieres of Disney+ and Apple TV+, the new streaming service from NBCUniversal, and a brand new phone-based platform slated to change the way we experience TV altogether). How can anyone keep up with this ever-mutating world of home entertainment? Let us guide you through the high tides, help sort the wheat form the chaff, and keep you updated on what’s new, what’s returning, and what’s worth your while in 2020.

Disclaimer: It’s become more popular than ever to do like Beyonce and drop a show with little to no forewarning—overnight, a gift for the hungry streamers. That explains why this list is far sparer than it should be, and far less specific. Marketing cycles are not what they used to be, and we’ve come to experience entertainment in kind—fleeting and sweet like a passing kindness. We don’t deserve it necessarily, but the powers that be are doing what they can to prevent streaming fatigue. Stick with these guides and you’ll be safe. 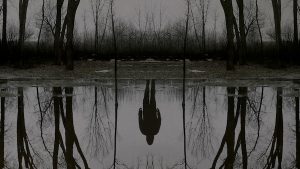 Stephen King, created by Richard Price, HBO style. If that doesn’t sound legendary, I don’t know what to tell you. When a young boy is raped and murdered, the evidence leads to a shocking culprit: Terry Maitland (Jason Bateman), an all around beloved figure in the small Oklahoma town. But while the evidence of his presence at the site of the crime is unequivocal, there is equally definitive proof that he was somewhere else. Taking the killing of a boy as its central mystery, this investigative thriller, in typical King fashion, then spins into the realm of the supernatural, leading local detective Ben Mendelsohn and private investigator Cynthia Erivo down a rabbit hole of horror. Directed by Jason Bateman—and did I mention Dennis Lehane helped write the script? 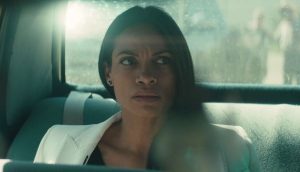 USA Network is responsible for some of the best thrillers on TV (see Mr. Robot, Pearson, The Sinner). Wasting no time after last month’s premiere of Megan Abbott’s Dare Me, another beloved adaptation has arrived, this one the next child in the growing family of Sam Esmail productions. Based on Ross Thomas’ novel of the same name (and 1985 Edgar Award-winner), Briarpatch stars Rosario Dawson as a no-nonsense investigator who returns to her long-abandoned Texas border-town after learning that her cop sister has been murdered. Instead of leaving the investigation to the morally-questionable authorities, she takes matters into her own hands, and the professional, no doubt, turns personal. Not to mention, a breakout at the local zoo has left zebras, giraffes, and the like wandering the town. A hard-boiled whodunit, a splendid mix of crime and pulp fiction, a cross between Twin Peaks and Justified—this one couldn’t be higher on our list of anticipated series. 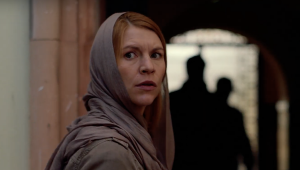 Eight seasons! Say what you will about Homeland (I don’t know many people who have kept up over the years), this show was a watershed moment for prestige spy thrillers. Its concluding season has been put off for the better part of two years, but soon enough, we will have answers (did Carrie survive the Russian gulag?). Or not. 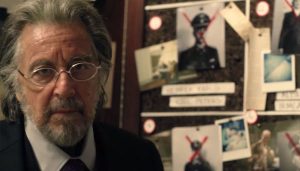 The year is 1977, the place is New York. Imagine Taxi Driver, but swap De Niro and his cab for Al Pacino and his eclectic crew of lock-pickers, spies, and weapon-experts who are secretly hunting the hundreds of high-ranking Nazis who have decamped to America, where they are planning to create a Fourth Reich. So, okay, maybe it’s more like Inglorious Basterds in Taxi Driver clothing. Either way, it’s based on true events, has the genius of Jordan Peele behind it, and sounds like The Americans but inside-out. 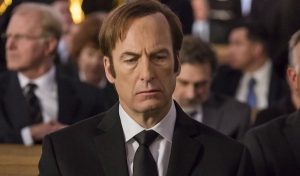 Everyone’s favorite sleazy lawyer gets a little bit closer to the world of Breaking Bad. Better Call Saul is hands down the best legal drama in the last decade, and we’ve been waiting years for this final season. It’s finally time to discover what remains of the Saul Goodman story. 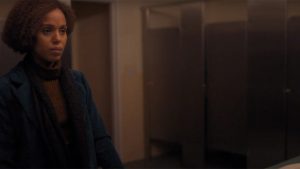 Another reason to await spring: the Reese Witherspoon and Kerry Washington mega-show is arguably the hottest TV event of the year. When Celeste Ng’s wildly popular novel of the same name was published in 2017, you knew it would only be a matter of time before it was adapted for the screen (and there wasn’t a network that didn’t want a piece). Landing at Hulu, we have the intertwined stories of a conservative, lily-white family, an eccentric mother and daughter (artists), and the local trial that drives a wedge between them—and the town. Liz Tigelaar, who created Life Unexpected, and who herself was adopted, is showrunner for the anticipated series about motherhood and identity. 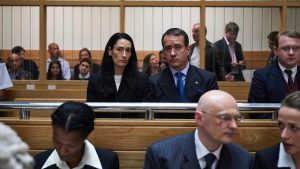 If you remember Robert Redford’s Quiz Show, you’re no stranger to the game show scandal. In 2001, a British couple competing on Who Wants to Be a Millionaire went home with a million pounds, and then went to court for cheating their way to the check (more precisely, for coughing to signify the correct answer). Reimagined in three-parts, this miniseries stars Succession’s Matthew Macfadyen and Fleabag’s Sian Clifford as the central couple, with Michael Sheen as the game show host. “If this tale was invented you’d think it too preposterous,” said the president of entertainment at AMC. With such a stellar ensemble, and direction by Stephen Frears, there’s a hell of a lot of talent attached to these three episodes. 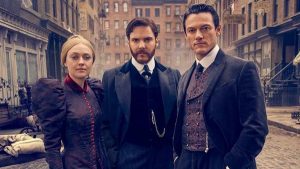 Season one, which came out two long years ago now, was based on Caleb Carr’s novel of the same name. Season two is based on its sequel, The Angel of Darkness, and picks up where it left off with criminal psychologist Laszlo Kreizler investigating the disturbing and gruesome killing of children in New York. Is there anything more tantalizing than a historical mystery that uses the emerging pseudo-science we know as psychology as the basis for its somewhat ineffectual investigation? 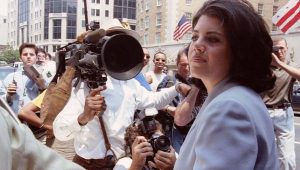 American Crime Story has delivered two ground-breaking seasons of television. The third—Impeachment—is not about the latest political abomination in our news cycle, but the one before that: the Lewinsky scandal. The crime (a blow-job) is not quite as hard-hitting as, say, a serial killer murdering Giovanni Versace, but let’s hope Ryan Murphy and his team can bring something fresh to this story, which is based on Jeffrey Toobin’s investigation, A Vast Conspiracy: The Real Story of the Sex Scandal that Nearly Brought Down a President. And even if it sucks, it’ll be worth it just to see Beanie Feldstein (Booksmart) play an uncanny Lewinsky. As of now, this one is scheduled to come out at the end of September, but seeing as that puts it dangerously close to the day of our lord, November 4, odds are it’s delayed.

Oh, the long cinematic history of Massachusetts anguish. Continuing in the noir footprints of Dennis Lehane, Hightown (originally titled P-Town) stars Jackie Quinones (Monica Raymund) as a Federal Fishery Service Agent in Provincetown, where she’s more interested in picking up women than in marine stewardship. That changes when she finds a dead body washed up in the Cape Cod Bay. The mystery expands to reveal the more insidious and tragic reality affecting so many small towns in America—the growing heroin epidemic. 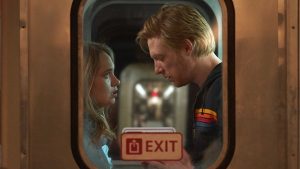 She’s not dormant for long, that Phoebe Waller-Bridge. She and Fleabag/Killing Eve collaborator Vicky Jones are behind this cross-genre treasure, a romantic comedy thriller, if you will, about a young woman who flees her life of domestic drudgery, hits up a lover from long-ago, and escapes on some kind of Thelma and Louise bender. Helmed by Merritt Wever, the breakout star from Unbelievable, and Domhnall Gleeson from the latest Star Wars, this one will find no shortage of vicarious viewers. Psycho-analysis is hard work. Rom-com thrillers that indulge our ill-fated fantasies, on the other hand, are not. 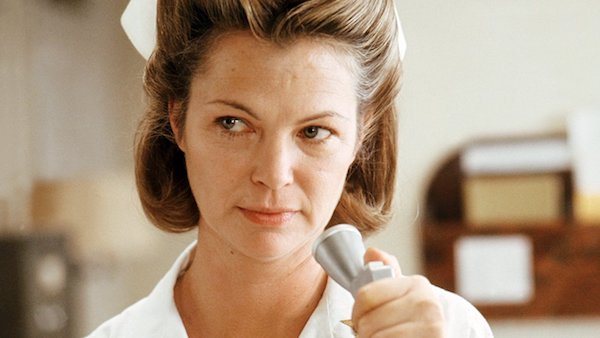 Not so long ago, Castle Rock took a deep-dive into the backstory of psychotic nurse Annie Wilkes. Now, we have another story of horror at the hands of a familiar medical professional: Nurse Ratched from One Flew Over the Cuckoo’s Nest. Starring Sarah Paulson (Bird Box) in the titular role, we get a glimpse into the monstrous nurse’s origin story, an explanation of sorts for the disturbing behavior on display in the 1962 novel. Cynthia Nixon and Sharon Stone round out the Ryan Murphy-produced show that is sure to become a can’t-look-away Netflix mainstay. 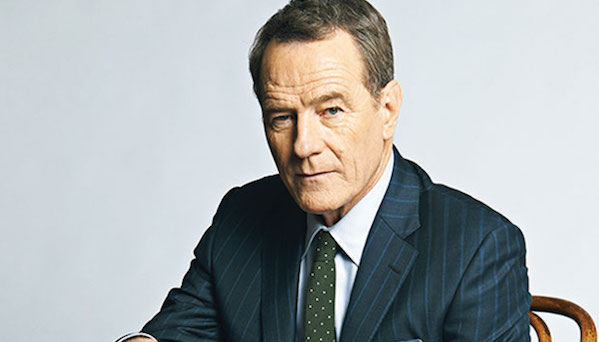 King of the underworld Bryan Cranston is in a new crime show. That’s right, but this time, he’s a far cry from Breaking Bad’s Heisenberg; he plays a judge whose son is accused of being involved in a hit-and-run. As the case is argued before him, he is forced to make an unimaginable decision about his kid’s fate. Peter Moffat, whose Criminal Justice was the basis for HBO’s The Night Of, serves as showrunner, while the creators of The Good Fight EP. Based on the Israeli show Kvodo. 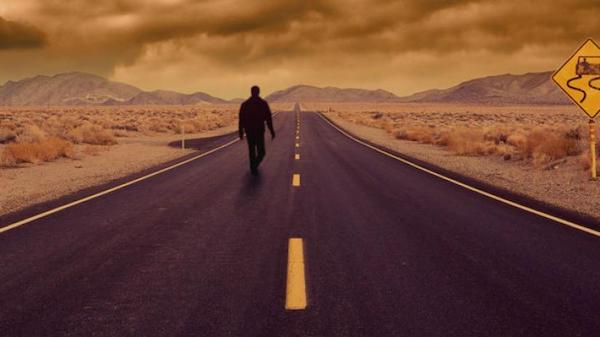 This may well be the first time a proper Stephen King TV series is being remade, but the entire streaming world has become a version of Stephen King inception, with adaptations of adaptations, reimaginings of reimaginings. The post-apocalyptic miniseries series that came out in 1994 was written by King and boasted a massive cast including Gary Sinise, Rob Lowe, Molly Ringwald, Ed Harris, and many more. The reboot features Whoopi Goldberg as the benevolent 108-year-old Mother Abigail, who leads the last humans on Earth along a righteous path, and Alexander Skarsgård as Randall Flagg, aka the Dark Man, who single-handedly embodies the power and potential of evil. 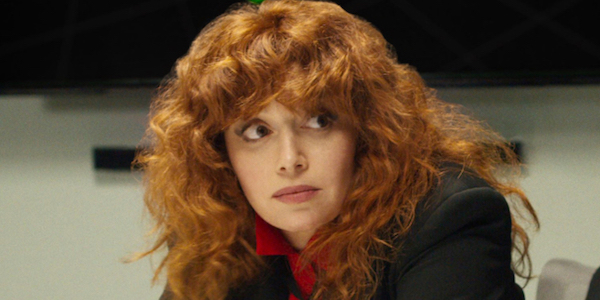 The smash success of 2019 is back for another round of existential Groundhog Day-gone-worse. We’re not sure when, exactly, but it’s coming. 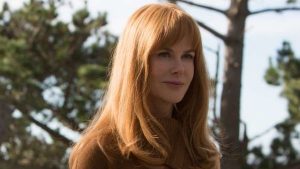 First Little Fires Everywhere, now Nine Perfect Strangers, the latest Liane Moriarty book—Hulu seems to be vying for recognition as the true home for the domestic thriller. Nicole Kidman leads as Masha, the director at a wellness resort, with an ensemble of nine highly stressed women at her beck and call. Based on the limited information available to us, it’s safe to say this will be a later-year release. 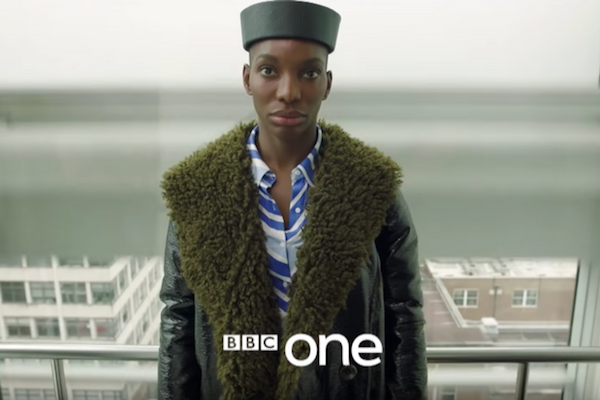 Arabella Essiedu is a young woman in London with all the trappings of a good life. But one night (presumably 1/22), her drink is spiked, and it’s all upended. Created by and starring Michaela Coel (Black Earth Rising), HBO has jumped in to co-produce with BBC, eager to get a piece of the smart and ultra-contemporary story that examines the line between liberation and exploitation. Rounding out the cast are a number of up-and-coming British actors you probably haven’t heard of. 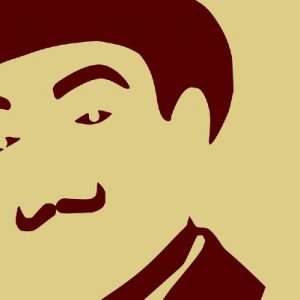 It is the nature of progress that what is now cutting-edge will, with the passing of time, become traditional. And it is the nature...
© LitHub
Back to top