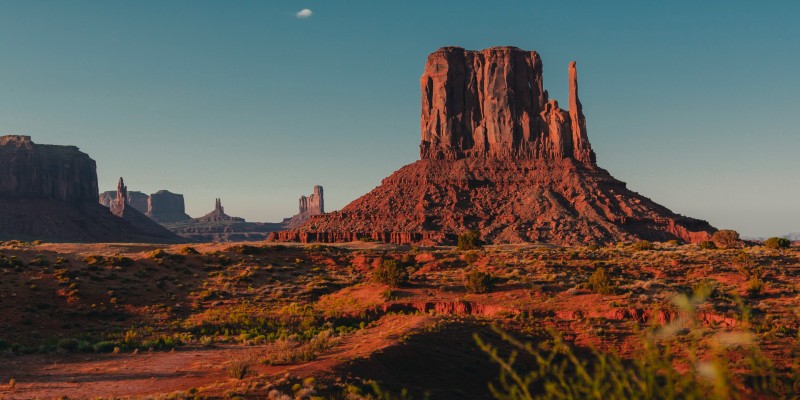 Quite a few eyebrows were raised when I told people that my next novel, Rovers, would be a vampire revenge thriller set in the American Southwest in 1976. My first three novels (This Wicked World, Angel Baby, and The Smack) fell fairly comfortably into the “crime” category and were marketed that way, and I’m sure my agent and publisher were expecting (hoping for?) something similar for my fourth effort, but I was ready to try something different.

My swerve into the supernatural shouldn’t have been such a surprise. My first book, Dead Boys, was a collection of “literary” short stories, and I returned to that form for my fourth book, Sweet Nothing, after writing two crime novels. This is no way to run a literary career, I know. The standard model for success is to find something you do reasonably well and that readers respond to and to keep doing it. But that reminds me of a 9-to-5 job, which I did for twenty years before all the pieces fell into place for me to be able to write full-time. My vision of being a writer includes having the freedom to tell whatever stories spark my creative fire, even if it’s one about bloodsuckers stalking victims and one another on the eve of the U.S.’s bicentennial. Fortunately, my publishing team indulged me and once again climbed aboard to help me bring this story to readers.

So, Rovers. The elevator pitch has always been “Of Mice and Men with vampires.” In the book world as in Hollywood, it’s best to keep it simple when trying to sell somebody something. Brothers Jesse and Edgar are rovers, immortal, indestructible nocturnal beings who must consume blood in order to survive. As the book opens, they’ve been on the roam for 70 years, feeding on transients, addicts, and prostitutes, people unlikely to be missed or mourned. Jesse meets a young woman who’s the spitting image of an earlier love, and trouble starts there. He and Edgar wind up on the wrong side of a gang of rover bikers, the Fiends, and in the sights of a grieving father searching for his son’s killer. The story ricochets around the Southwest, coming to an explosive climax in Las Vegas on July 4, 1976.

The novel started out as a screenplay many years ago. The movie didn’t get made—never got further than my agent, actually—but I thought it was a good idea and kept it in my back pocket. Besides the first two chapters, though, the book bears little resemblance to the script, the novel being much more narratively complex and structurally adventurous.

Dabbling in a new genre as a novelist was a bit of a gamble, but I went for it. I’m not well-versed in horror and, specifically, vampire fiction conventions, but I know how to tell a good story, and I figured if I’d written three crime novels without being an expert on “noir” or crime fiction, I could do this. Besides, I wasn’t setting out to write a cookie-cutter vampire book. In Rovers, as in my crime books, I used the tropes of the genre as I needed them in order to help sell the story I wanted to tell, and these stories often don’t have much to do with the plots I give them. The plot is merely the track I lay for the train to run on. I’m more interested in character, in setting scenes, in playing with rhythm to create emotion, and, in the case of Rovers, in experimenting with multiple narrative strategies. The blood and guts in my books are window dressing, though I take as much care with that aspect as I do with the others.

That said, no book comes out of nowhere. I consume a lot of art (books, movies, TV, music, theater, paintings, etc., etc.) and am inspired by all of it. Echoes of things I’ve read and seen and heard, both in the past and while I’m in the process of writing, often appear in my work—sometimes consciously, sometimes unconsciously—and usually make it better. Here are a few that I’m aware of in Rovers.

Dracula by Bram Stoker: This is the only vampire novel I’ve ever read. I was obsessed with it when I was about 12, drawing storyboards for a new film version I was sure I‘d make someday. That didn’t happen, but one narrative thread in Rovers consists of the diary entries of one of the characters, a direct homage to the epistolary structure of Dracula.

Of Mice and Men by John Steinbeck: The character of Edgar in Rovers is mentally-challenged, and his relationship with his brother has roots in the one between Lenny and George in Mice. There is also a bit of the intellectually-disabled Benjy Compson from William Faulkner’s The Sound and the Fury in the chapters of Rovers narrated by Edgar.

Near Dark: This 1987 film directed by Kathryn Bigelow was a vampire thriller set in Oklahoma, I think. I haven’t seen it since it came out, but certain elements of it, particularly a nasty “family” of leather-clad vampires, stuck with me and are embedded in the DNA of Rovers. I’d like to watch the movie again now that I’m done with the book and see if it’s as good as I remember.

The Iliad by Homer: The bloody battles in this classic war story (I recommend the Robert Fagles translation) gave me permission and precedent to go long, detailed, and gory in my own combat sequences. If it worked for Homer….

The Tomb of Dracula: I was a huge fan of this Marvel comic-book series when I was 12 or 13 and can still picture certain panels drawn by the great Gene Colan. The series’ theme of the relentless pursuit of Dracula by vampire hunters and the idea of vampires existing in the modern world were elements I recalled while writing Rovers.

Lincoln in the Bardo by George Saunders: I read this novel when I was about halfway through Rovers and wrestling with how detailed I needed to be in describing the “rules” of rover biology and behavior (how often they have to feed, how you become one, how you kill one, etc., etc.). These rules are not the same as your standard vampire rules, and I was having trouble figuring out how to delineate them without completely stalling the book’s momentum. In Lincoln, which is about a community of spirits trapped in the 19th Century cemetery where Abraham Lincoln’s son Willie is lying in a tomb awaiting interment, Saunders creates a whole new cosmology in a bare bones and impressionistic way, providing just enough information about how his fictional world works to satisfy readers without overwhelming them. I adopted this tactic, going back through Rovers and reducing the do’s and don’ts to a few important ones scattered throughout the book.

Dusty and Sweets McGee (1971) and Aloha Bobby and Rose (1975):  I wanted Rovers to have the gritty, washed-out, druggy feel of these films, directed by Floyd Mutrux and shot by William Fraker, and the sincere emotion and sudden, shocking violence of all the drive-in tragedies I loved as a kid. I wanted it to move but at the same time break your heart. Mutrux and Fraker would have made a killer version of Rovers.

“Convoy”: Song titles and lyrics are used to establish the ‘70s setting of Rovers and as character touchstones. When you quote lyrics, you have to obtain permission to do so from whoever holds the rights to the song. This was irrelevant when it came to “I Would Not Die in Springtime,” one of the songs the character of Edgar sings in the book, because it written (by Stephen Foster) in 1850 and has long since fallen out of copyright. In the case of another of Edgar’s favorites, though, “Convoy,” a song that was huge (and a personal favorite) in 1976, and one I was determined to use, some sleuthing was in order. Tracking down rights can be tricky. I knew the song had been written by CW McCall and Chip Davis, but my first attempts to contact them were unsuccessful. A Facebook friend eventually pointed me in the right direction, and I was given permission to use the lyrics by Davis’ company. Fun Fact: After “Convoy,” Davis went on to start Mannheim Steamroller, the hugely successful neo-classical new age group best known for its Christmas music!

A final note: As much as everyone talks about how genre doesn’t matter and a good book is a good book, we all have our biases against certain categories of fiction. Some readers who loved Dead Boys didn’t follow me when I started writing crime novels, crime novels not being their thing. As a personal challenge, and knowing that there are people who turn up their noses at supernatural/horror books, I tried writing Rovers without using the word vampire. After just a few chapters I realized this was impossible. Then, when I finished the book, I was reluctant to use the word on the jacket or marketing material. In the end, though, I kicked coyness to the curb and stopped trying to downplay the most intriguing aspect of the book, which is its mashup of noir, horror, and a breakneck thriller plot. I push myself to try new things in every book, and in terms of narrative structure and scope, Rovers is my most ambitious novel yet. It’s epic and intimate, violent and tender, tragic and transcendent. Those who liked my other novels will dig this one.

Writing Rovers showed me it’s possible to step outside the box both I and the publishing industry had put me in and in doing so stretch my storytelling muscles. It made me a better, braver writer, and I look forward to raising a lot more eyebrows in the future. 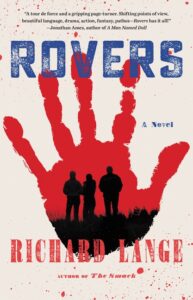 Richard Lange is the author of the story collections Dead Boys and Sweet Nothing and the novels This Wicked World, Angel Baby, and The Smack. He is the recipient of a Guggenheim Fellowship, the International Association of Crime Writers' Hammett Prize, a Crime Writers' Association Dagger Award, and the Rosenthal Family Foundation Award from the American Academy of Arts and Letters. He lives in Los Angeles. 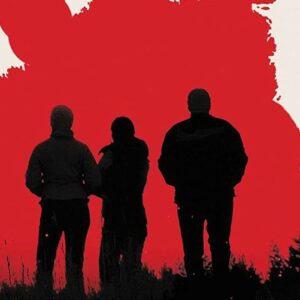 Another week, another batch of books for your TBR pile. Happy reading, folks. * Dea Poirier, After You Died (Agora...
© LitHub
Back to top