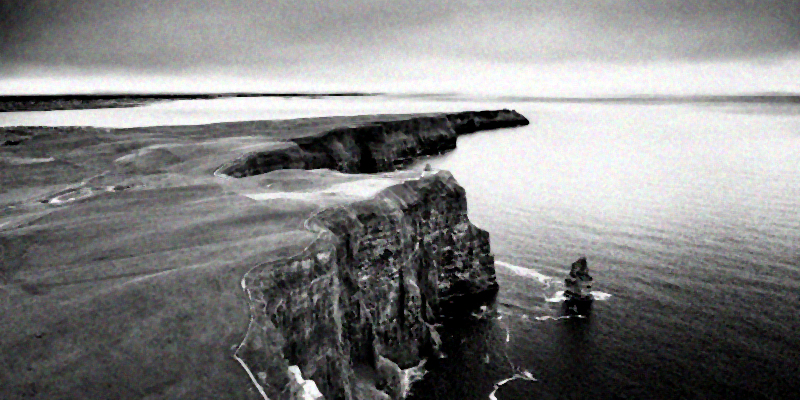 "[W]hether you’re writing a heist book, or a thriller, the thought process is the same."

Richard O’Rawe debuted last year with the breakneck noir Northern Heist, based on an infamous and still-unsolved bank robbery, and informed by the author’s own experiences as a former operative in the IRA. Now he’s back with a second novel to feature James ‘Ructions’ O’Hare, the Provo-turned-independent-operative who graced the pages of Northern Heist with foul-mouthed eloquence. In Goering’s Gold, Richard O’Rawe took on a different unsolved mystery: the disappearance of a vast Nazi hoard of pilfered treasures. O’Rawe was kind enough to answer a few questions about craft, genre, dialogue, and Irish history.

Molly Odintz: Your last book was inspired partially by your own experiences, while this new novel is grounded in history (although featuring the same main character)—how did writing the two compare? 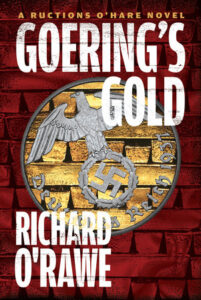 Richard O’Rawe: In many ways the process that saw both books draw breath was similar in that each started with a ‘What if’. In the case of Northern Heist, the question was asked: What if the IRA did not carry out the massive robbery of the Northern Bank in Belfast in December 2004 (all political parties in Northern Ireland and the Irish and British governments believed that the IRA had carried out the complex robbery)? Once that thought was aired, the obvious question was: Who else, other than the IRA, could have robbed the bank? And that led us (my daughter Berni and I) to come up with James ‘Ructions’ O’Hare, former IRA commander and contemporaneous master bank-robber. Developing Ructions’ character was important. He was the hero/antihero of Northern Heist, so he had to be calculating, yet grounded; ruthless, yet fair; readers needed to be persuaded that they could go against their instincts and root for an out-and-out villain. Fortunately for me, I had met a few Ructions-types in my life in the IRA, so it was not that difficult to put paint on the canvass.

As far as Goering’s Gold is concerned—the process began with a realisation that mystery still surrounds Goering’s death to this day, vis-à-vis, no one knows how he obtained the cyanide tablet he swallowed to commit suicide. Once more a ‘What if’: What if he did a deal with one of his American jailers whereby, he would give the jailer his ceremonial baton, in exchange for the cyanide tablet? Unlike when I had written Northern Heist, I had no real-life summary of events to fall back on, and I found that liberating because it meant I could take the storyline in any direction that took my fancy. The trick with Goering’s Gold was bringing Ructions and Co. into play and that was achieved through his money-laundering friend, Serge Mercier having obtained possession of Goering’s baton.

MO: Can you tell us a bit about the historical basis of the novel?

ROR: By late 1944, the allies were closing in on Germany in a pincer movement, with the Russians advancing through Poland in the east, and the Allies through France in the west. By this stage, Reichsmarschall Hermann Goering was out of favour with Adolf Hitler after having failed to live up to his promise to ensure that the Luftwaffe, the German air force, would drop enough supplies to sustain the sixth army, which had been besieging Stalingrad. Isolated, Goering realised the war was lost and, even though he hoped he could be part of a post-Nazi German government, he took out insurance by secreting gold in southern Ireland for a rainy day. To this day, it is believed that billions of dollars in Nazi gold is hidden across Europe.

MO: How does Ireland approach its history during WWII, in terms of education and memory?

ROR: Ireland remained neutral during WWII and has maintained that status ever since. It is important to remember that the Irish War of Independence against British imperialism was only over eighteen years when WWII broke out. Consequently, it went without saying that there was little appetite amongst the Irish population for joining those fighting to maintain the British empire. That said: the IRA, who were fighting against Britain’s constitutional role of Northern Ireland, did not have popular support either. An interesting facet of the IRA’s 1940s campaign was that they liaised with the Nazis to obtain weapons, even though, they abhorred national socialism.

Historically, WWII is remembered in Ireland as a time of great economic hardship, a period in history where a small country struggled to survive amid cataclysmic world events. The most salient political revelation of that period was that, seven weeks after he became prime minister of Great Britain, Winston Churchill offered to work for a united Ireland if Ireland set aside its neutrality. The then Irish Taoiseach, Éamon De Valera, rejected Churchill’s offer.

MO: Northern Heistis a heist story, while Goering’s Gold is a thriller… How do the genres compare when it comes to plotting?

ROR: Plotting a storyline is, by definition, the setting down of the actions that are carried out by individuals during the lifetime of the book (it’s actually more than that in so much that it’s a journey which defines how those individuals interact with each other in challenging circumstances). That being the case, the process whereby I look at the plot is the same because similar questions pop up: ‘What are the traits and defects of the characters in the book?’ ‘How do they react to each other when one (inevitably) messes up?’ ‘What are the consequences if this or that happening?’ ‘How will X react to Y’s overture?’ ‘Where does X want to be in five years’ time?’ So, whether you’re writing a heist book, or a thriller, the thought process is the same.

ROR: An interesting question! I guess I listen closely to what other people say. For example … lots of people do not speak fluently; they hesitate in the middle of a sentence, they stutter, they double-down on a certain point or word, they raise their voices, or speak so lowly they can barely be heard. People get interrupted mid-sentence. All of those patterns need to be captured in text. Also, it’s not just a matter of writing down speech; a sentence or speech usually provokes a reaction, and it is important to catch that reaction. The speech has to flow, has to reach a point where the exchange makes sense. And there’s a bit of a balancing act in that it is very easy to slip into long bouts of dialogue; better to have small bouts of good dialogue that excruciatingly long monologues of bad dialogue. I tend to have a picture of the individual who is speaking in my imagination — usually a movie star, and I sometimes use dialogue to bring out that person’s personality. 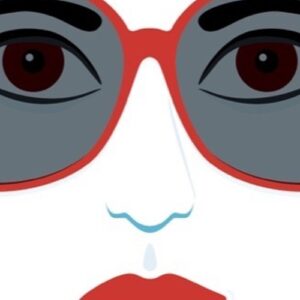 Another week, another batch of books for your TBR pile. Happy reading, folks. * Julie Mayhew, Little Nothings (Raven) “Mayhew...
© LitHub
Back to top