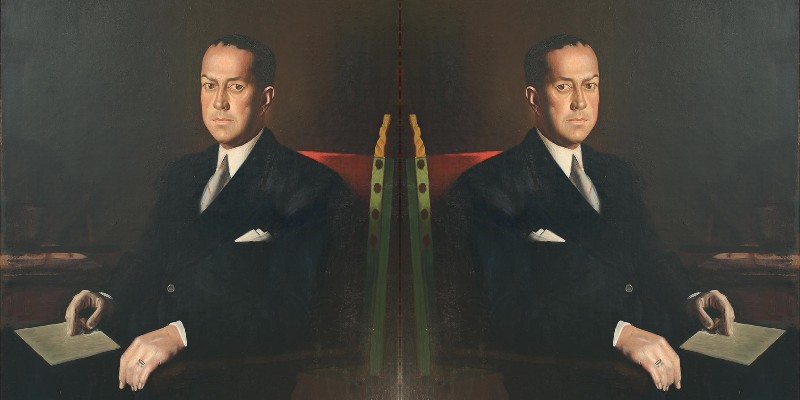 Galeazzo Ciano was Italy's foreign minister, a witness to key events in history. And he was writing it all down.

On New Year’s Eve in 1942, Hitler acknowledged to the German armed forces that it had been a challenging year and that challenges remained ahead of them. “Hitler looks tired,” Galeazzo noted. “The winter months in Russia have borne heavily upon him. I see for the first time that he has many gray hairs.” Hitler was tired, but he was also “strong, determined, and talkative.” “The year 1943 will perhaps be hard but certainly not harder than the one just behind us,” Hitler admitted to the troops, as he confidently predicted a decisive Axis victory on the near horizon. 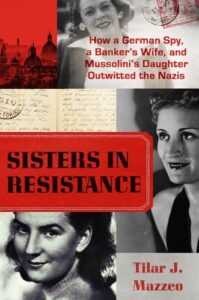 One step in that renewed surge toward victory was a shake-up in the German security service at the end of 1942. The organizational structure of the Nazi regime was notoriously complex, but, put simply, the Reichssicherheitshauptamt or RSHA was the German main security office. It had been headed by Heinrich Himmler on a temporary basis since the assassination of Reinhard Heydrich in June. The head of the RSHA oversaw the operations of two sub-agencies, the Sicherheitsdienst (SD) and the Gestapo. The role of the SD was to ferret out enemies of the Third Reich. The role of the Gestapo, Nazi Germany’s “enforcer,” was to arrest and interrogate those enemies, and its tactics generally included torture.

At the end of 1942, Himmler was being promoted to minister of the interior and head of the German state police forces, and he delegated leadership of the RSHA to an Austrian lawyer-turned-SS-man named Ernst Kaltenbrünner. In January 1943, Kaltenbrünner, in turn, promoted a young would-be spy who, in the eventual assessment of US intelligence, would turn out to be “one of the outstanding RSHA operators of the war.” This young agent, elevated to the role of the executive head of foreign intelligence in Rome, a division known as Amt VI (Office Six), would soon be tasked specifically with dealing with the matter of Galeazzo Ciano for the Germans.

The name of this German spy was Hildegard Burkhardt. She was twenty-three in January 1943. She would come to be better known to history, following her marriage that spring to a high-ranking German officer named Gerhard Beetz, by her married name: Hilde Beetz. Hilde was exceptionally bright, and she had the advantage of more than usual beauty. According to government files, she had blue eyes and dark-blond hair, and stood five foot four. Unlike many German girls in the 1930s, Hilde had a fine education. At the gymnasium in her native Weimar, where only a handful of girls studied, she excelled especially in languages. She spoke fluent Italian and excellent English, as well, of course, as German. She was a member of the Nazi party.

Hilde had joined the intelligence services two years earlier, first as a mail clerk and then as a translator. She had moved quickly up to the role of executive secretary for a man named Helmut Löss, special assistant to the police attaché in Rome, whose office was part of a section focused on espionage at the Vatican, where a number of Catholic priests—including a man named Father Guido Pancino, who happened to be the confessor of Edda Ciano and her father—were positioned as part of the German network of SD informants. Hilde’s office tapped the phone lines in and out of the papal city-state.

Helmut Löss had a reputation as an excellent agent runner, and he was the first to recognize that Hilde, with her innocent face and sharp intelligence, would make a brilliant spy. On his recommendation, the “big boss,” Ernst Kaltenbrünner, made Hilde’s transition into intelligence work official, assigning her responsibility for organizing all the incoming and outgoing top-secret filings in the Roman foreign intelligence office, just as the German worries about Galeazzo Ciano were getting serious.

The first hints that Galeazzo Ciano was becoming a problem came across Hilde’s desk as the executive head of Amt VI in Rome almost immediately in her new assignment. People now said that the Italian foreign minister was refusing to give the fascist salute to German officers. There had been unsubstantiated rumors since the autumn of 1942 of an inside plot to depose Mussolini and whispers that Galeazzo Ciano was mixed up in it. The reports coming in now were more substantial: Agents were hearing that Galeazzo was working behind the scenes with a coalition inside the Italian Fascist party to overthrow his father-in-law and have him replaced with a new leader, a leader who would sue for peace with the Allies.

The telegram that blew everything wide open arrived in Hilde’s office sometime in the last week of January or the first few days of February. It contained top-secret intelligence intercepted from the American communication channels, and it confirmed the German suspicions about Galeazzo Ciano. The intercepted message had been written by a jovial middle-aged career diplomat named Allen Dulles, who had arrived in Switzerland in early November 1942, based out of Bern. A staunch Republican with a successful legal career and a failed congressional run behind him, Allen Dulles was ostensibly working as a special assistant to the American ambassador, though the Swiss newspapers soon reported that he was acting as President Roosevelt’s personal agent in the country. None of that was true. Allen Dulles was, in fact, working undercover as the head of the newly created American Office of Strategic Services (OSS), the precursor of the modern Central Intelligence Agency, run out of a ground-floor rented apartment in Bern’s picturesque medieval quarter.

The Germans would not discover the existence of the OSS until 1944, but they knew enough to be wary of this new arrival. Dulles exuded authority, and between his bearing and the rumors swirling in Bern, the Germans pegged him quickly as a government man whose movements and communications were worth watching. Surveillance paid swift dividends. In January 1943, the Germans broke Dulles’s transatlantic code. Catastrophically, it would be months before Dulles would realize all his top-secret communications back to Washington were being read by the Nazis. By then, it would be too late for Galeazzo Ciano. Allen Dulles would wonder later, when he learned his code had been broken, to what he extent he was to blame—good and bad—for what followed.

The intercepted telegram was a secret communication to the State Department containing Dulles’s smoking-gun confirmation: A group of anti-German activists close to Mussolini did support a coup and could potentially deliver the Italian army and navy to the side of the Allies. Galeazzo Ciano, along with his exiled rival Pietro Badoglio, a man named Dino Grandi, and a number of prominent anti-war military leaders, were said to be among the party members plotting Mussolini’s removal from power and Italy’s exit from the conflict. Galeazzo, in fact, had covertly been in contact with the Americans as early as 1941, following Italy’s entrance into the war, proposing “the Duce’s overthrow and a separate Italian peace” to the Allies. Hitler ordered a copy of the decoded telegram sent to Mussolini in early February. When Mussolini read it, he understood immediately that Hitler expected action.

On February 5, 1943, within a day or two of receiving the intercepted American intelligence, Mussolini summoned his son-in-law to his office. There was no preamble. Mussolini was purging his cabinet. All of them were suspect. All of them would have to go. “What are you going to do now?” was all Mussolini asked. Galeazzo understood immediately that he was being fired.

Mussolini offered his son-in-law the choice of any number of other, trivial government positions, ideally located somewhere outside Italy, as a concession to family. “I [chose] to be Ambassador to the Holy See,” Galeazzo stubbornly recorded in his diary. The Vatican was a foreign country after all. “To leave the Ministry for Foreign Affairs, where for seven years—and what years—I have given my best,” he admitted, “is certainly a hard and sad blow.”

Galeazzo Ciano was not a man of keen political instincts. Had his instinct been sharper, he’d have had the sense to take his father-in-law’s advice and departed Italy that winter. If Galeazzo did not have the sense to flee, he did at least have the good sense to fret. One of his most loyal friends was a young woman named Susanna, though everyone called her Suni. She was the twenty-one-year-old daughter of Fiat industrialist Giovanni Agnelli—a household name in Italy—and came from one of the wealthiest families in Europe. While many of the Cianos’ other friends melted away after Galeazzo’s public demotion, Susanna stuck by him. She would remain loyal later too, even when it was perilous to care for Galeazzo and Edda. Susanna Agnelli recorded in her memoirs after the war that she remembered her visits that winter and into the spring to the Ciano family’s palatial residence in Rome: “Galeazzo had fallen into disgrace and was no longer the Foreign Minister,” she remembered. “He was worried, nervous, and plotting like everybody.”

A few days after his dismissal from office, Galeazzo was contacted by Mussolini again. He wanted to know from his son-in-law the answer to a different question, one that should have been even more ominous: Did the count still have his diaries, and were those papers all in order?

“Yes,” Galeazzo replied. “I have them all in order, and remember, when hard times come—because it is now certain that hard times will come—I can document all the treacheries perpetrated against us by the Germans, one after another.”

The answer might have placated Mussolini, but it was ill contrived to reassure the person who was really asking: Hitler. 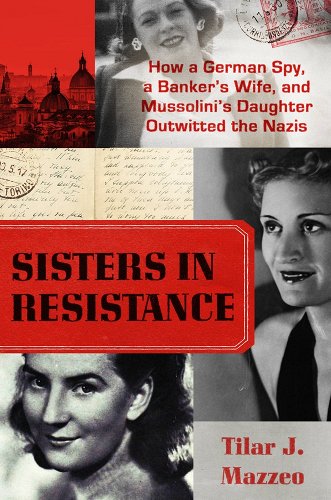 Tilar J. Mazzeo is Professeure Associée at University of Montreal, the former Clara C. Piper Associate Professor of English at Colby College, and the author of numerous works of narrative nonfiction. Her books have been New York Times, San Francisco Chronicle, and Los Angeles Times bestsellers. 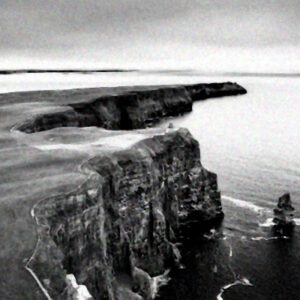 Richard O'Rawe debuted last year with the breakneck noir Northern Heist, based on an infamous and still-unsolved bank robbery,...
© LitHub
Back to top