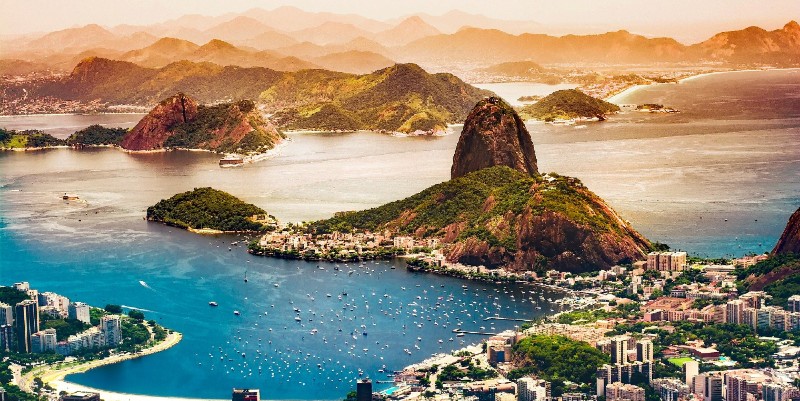 A city of contrasts, beauty, and mystery. Crime and the City hits the streets of Rio.

Rio—you know it. Set in a stunning bay, beaches, carnival, Portuguese speaking. And if you’ve never visited, the city can appear to be either all rich and wealthy enclaves with armed guards and private protection or favela slums run by local gangs and drug lords. Surely there are many other dimensions to the city. We need a guide.

Step forward Luiz Alfredo Garcia-Roza, a Brazilian professor who, after he retired from his academic career, began writing crime novels. The best known are the books in his seven-book Inspector Espinosa series. Espinosa is a fabulous insider guide to the city roaming in his investigations between Rio’s seedy Copacabana and the landscaped parks and squares of Rio’s moneyed areas. The novels are genteel, cerebral whodunits perhaps not what we always associate with the violence of the city’s organized crime, but they’re a great way into Rio.

The first Inspector Espinoza book is The Silence of the Rain (2003) which opens with a young executive with seemingly everything to live for sitting in his car in an underground parking garage, taking a few drags of his cigarette and then shooting himself dead. Espinosa, world-weary, always philosophical and somewhat meandering in his methods, takes the case. In December Heat (2004) Espinosa steps in to help out an old colleague who looks like he’s being set up for the murder of his girlfriend. Southwesterly Wind (2005) is really for the crime fiction tourist and is a great guide to Rio’s Copacabana district which also features (it is Rio’s 12th Precinct and Espinosa’s home turf) in Window in Copacabana (2006). The sixth book in the series, Blackout (2009), takes us into the Sao Joao Hill district while the last in the series, Alone in the Crowd (2010), takes us back one final time to Copacabana. Sadly, Garcia-Roza died in 2020, though there are still several of his novels yet to be translated.

Leighton Gage was an American from New Jersey but lived in Brazil for over twenty years. He created the Chief Inspector Mario Silva of the Brazilian Federal Police series. The series deals with decidedly darker crimes that Inspector Espinosa encountered—underage prostitution, hard core pornography and organ theft to name a few. Blood of the Wicked (2007) sees Silva go to a small town in the interior of Brazil to investigate the murder of a bishop—and suddenly finds himself involved in a war between wealthy landowners and the landless. Buried Strangers (2010) sees Silva uncovering a clandestine cemetery of the murdered near Sao Paulo. Dying Gasp (2010) links a bombing in the Netherlands to a kidnapping in Brazil. In Every Bitter Thing (2010) Silva takes a trip to Brasilia while in Perfect Hatred (2013) Silva is up against Islamist terrorists. In the final book in the series, The Ways of Evil Men (2015) and published posthumously), Silva’s investigation takes him into the Amazon jungle.

Patricia Melo is a crime writer from Sao Paulo whose books are uber-urban and deal with violent crime. Several of her books are gangster rags to riches tales set in Brazil’s cities, especially Sao Paulo. However, Inferno (2000) is firmly set in the hillside slum communities of Rio. Eleven-year-old Kingie gets his first job is as a lookout for drug dealers. The novel follows Kingie from his poverty-ridden childhood, through exposure violence and his teenage girlfriend’s unwanted pregnancy, all in the rapid-fire slang of the favela.

A couple of true crime books featuring Rio worth mentioning include Misha Glenny’s Nemesis: The Hunt For Brazil’s Most Wanted Criminal (2016) about one man who became the king of the largest slum in Rio, the head of a drug cartel and Brazil’s most notorious criminal. Nemesis is about a gangster but one that wanted to almost provide an alternative welfare state for the favela in the face of government intransigence and lack of commitment to the poor slum communities of Rio.Kelster Calvicanti’s The Name of Death (2018) is a journalist’s account of the life of the man who would become the world’s most notorious professional killer. Julio Santana, now in his sixties and a devout Christian, killed his first target, a suspected child rapist, when he was just 17-years-old. He went on to execute approximately 500 people. A political fighter at first, he later became a hitman for hire. Brazilian reporter Cavalcanti met with Santana many times to interview him about his extraordinary life

And so finally one special recommendation from Rio—Rubem Fonseca. Fonseca, who died this year. After a brief career with the police, he turned to writing but legendarily refused to give interviews. Many though credit Fonseca with moving the focus of Brazilian storytelling from rural-based tales to gritty urban stories. Unfortunately—and this is true of other key Brazilian crime writers and tellers of tales from the urban streets of Brazil’s cities such as Luiz Ruffato— little of Fonseca has been translated into English. So we must take our morsels where we can—or learn Portuguese.

High Art (1983) was Fonseca’s first novel and is set in Rio examining the underbelly of the city’s society in which a lawyer, working on the murder case of two prostitutes, finds the case widening as details of sadism, cocaine smuggling, and multiple murders come to light. We can also thank Tagus Press for translating Fonseca’s best-known novel on Brazil Agosto. Translated as Crimes of August (1990) the novel offers the first serious literary treatment of the messy political and criminal events of August 1954, arguably the most turbulent month in Brazilian history. Crimes of August tells two stories simultaneously. The first is private, involving the well-delineated character of Alberto Mattos, a police officer. The other is public, focusing on events that begin with the attempted assassination of Carlos Lacerda, a demagogic journalist and political enemy of President Getúlio Vargas, and culminate in Vargas’s suicide on August 24,1954.

As with Luiz Ruffato noted above there are still many Brazilian and Rio-based writers who have dabbled in crime and have not yet been translated into English—Caio Fernando Abreu who wrote mostly about Sao Paulo (though we are fortunate that a translation of one of his books was published by the University of Texas Whatever Happened to Dulce Veiga?—2010), Rafael Cardoso, Sao Paulo’s Adelto Goncalves. There’s a lot of Rio crime to get started on but more out there just waiting for the translators. 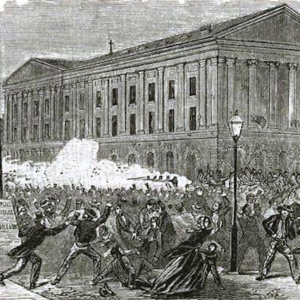 Although the rivalry between Irish-English actor Charles Macready and American actor Edwin Forrest reached its violent apex...
© LitHub
Back to top