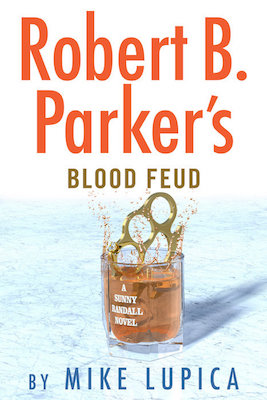 It turned into my version of Take a Crime Boss to Work Day.

After I left Tony Marcus I arranged to meet Desmond Burke at Durty Nelly’s, an Irish pub on Blackstone Street in the North End that said “circa 1850” on the sign in front and “Old Time Traditions” on another sign behind the bar.

Richie had taken me there once, after a Celtics game.

“Being here makes me want to burst into ‘Danny Boy,’” he’d said.

I’d offered to pick up the check if he promised not to.

Now his father and I were sitting at a table on the second floor. There was the last of the lunch crowd downstairs, all men, as white as Buddy’s Fox had been black, eating hamburgers and hot dogs and egg sandwiches at the bar, watching a rugby game on the television sets above them.

There were, I’d also noticed, two men I always saw with my former father-in-law, and whom I’d seen standing near the entrance to Mass General about twelve hours before, whose names I knew were Buster and Colley. They took turns driving Desmond Burke around and acting as bodyguards. Richie had once told me that there was enough of an arsenal in the trunk of the black Town Car to invade New Hampshire.

“I’ve always liked it here,” Desmond said. “Used to take Richie and his late mother here when he was a little boy for Sunday brunch.”

I told him Richie and I had been here recently.

“Was there live music?” he said. “I’ve never been much for that.”

He wore a blazer and a navy polo shirt underneath it buttoned all the way to the top and dark gray slacks and gray New Balance running shoes that he said eased the pain in his knees. His gray-white hair was cropped close to his head. It matched the color of his skin today. At the hospital and now here, he looked as old and tired as I’d ever seen him. I wondered if he’d slept at all.

“I assume you have people watching his apartment,” I said. “Of course,” Desmond Burke said.

We sat with the afternoon sun coming through the windows and on Desmond like a spotlight, and as we did I could recall only a handful of times when I’d ever been alone with him, when Richie and I were still married and then when we were not. Our relationship had been complicated from the start, because of my father being what Desmond still called a copper.

But we had always shared the bond created by our love for Richie, one that was not broken even after the divorce, especially when he could plainly see that Richie still loved me, and always would, even later, when he was married to someone else.

“I am sure you have spent the time since we were last together asking yourself who would do something like this,” I said. “To him and to you.”

He lifted his cup to his mouth and sipped some of his tea. It was not the first time it had occurred to me that his movements were as spare as the rest of him, the same as Richie’s were.

He leaned back in his chair and folded his arms in front of him and closed his eyes, and then there was just silence between us, as if he were alone. I knew some of his history, from what Richie had told me and from what my father had told me, about how he came out of the Winter Hill Gang in Somerville, after he and his brothers had made their way to America from Dublin. It was before the gang had been taken over by Whitey Bulger.

By the time Whitey did take over the gang, Desmond and Felix Burke had gone off on their own, according to my father, and somehow Bulger had let them, partly out of respect for Desmond, and partly because of the Irish in him.

“I think it was the Irish Mob version of Verizon and AT&T,” Phil Randall told me one time. “As batshit crazy as Whitey was, pardon my French, they thought there was enough of a market share for both of them.”

Now, all this time later, Desmond and Felix and the other Burke brothers had outlasted Whitey Bulger, and even the Feds who’d gone down with him.

Now, all this time later, Desmond and Felix and the other Burke brothers had outlasted Whitey Bulger, and even the Feds who’d gone down with him. Desmond Burke had outlasted just about everybody with whom he’d come up, and his family was still the biggest player in our part of the world, still doing most of its business in loansharking and money-laundering. Lately, according to my father, he had made a modest move into the gun trade.

“Desmond has always fancied himself as some kind of gentleman pirate, and somehow separate from the other vulgarians,” Phil Randall said. “He must think that the guns he brings up from the gun-loving states fire themselves.”

So his specialty was all of that, my father had told me, and one other thing:

I quoted my father now to Desmond Burke and asked if this might have something to do with someone trying to settle an old score with him.

He opened his eyes, almost as if coming out of a deep sleep, and said, “How is your father?” He paused and offered a thin smile and added, “Not that I give a flying fig.”

I told him he was aging both reluctantly and gracefully.

“Does he still, and even in retirement, dream of seeing me behind bars?”

“The thing of it,” he said, “is that most of my blood enemies are dead and gone.”

There was still just a hint of Dublin in his speech. Sometimes “thing” came out “ting.”

“I saw Tony Marcus before coming up here,” I said. “You think I don’t know that?” he said.

“He said there was no current conflict that he knows of that would have brought Richie into the line of fire.”

“What happened to my son, then, has to be something out of the past, perhaps before the boundaries were as well drawn as they are now. From a time when it took so little for shooting to start up.”

“There is not, at least not at the present time,” he said. “What happened to my son, then, has to be something out of the past, perhaps before the boundaries were as well drawn as they are now. From a time when it took so little for shooting to start up.”

“Could it be something from out of town?” I said. “Albert Antonioni, as I recall, wasn’t exactly thrilled when you backed his people off Millicent Patton for me that time.”

She was a teenage runaway I had rescued both from street prostitution and from her parents, even though it had been her parents who originally hired me to find her and bring her home. Antonioni, as it turned out, owned Millicent’s father, whom he very much wanted to be governor of Massachusetts. That result was worth enough to him, or so he had decided, that he’d tried to kill both Millicent and me. At the time Antonioni saw having his own man in the governor’s office as being the Mob equivalent of being able to print his own money, or winning the lottery, and merely saw Patton’s daughter and me as collateral damage.

So it was two of Antonioni’s men who had chased me all the way into Buddy’s Fox. I told Richie about it. Richie told his father and his uncle Felix. There was eventually a sit-down involving all of us, something that I really did feel was out of a Mob movie, when Desmond Burke quietly and forcefully told Antonioni to call his men off. He did. It all reminded me of a line I’d once heard at a Bette Midler concert, when she was explaining why she called the other singers in her act backup girls.

Because, Bette said, sometimes I have to tell them, “Back up, girls.”

“Albert is in Providence, I am here,” Desmond said. “He manages to keep a hatred for me that began long ago under control now.”

“He has never mattered enough to me to hate,” Desmond Burke said.

He closed his eyes again. There was another silence between us. It was clear that he wasn’t uncomfortable with it. Richie never was. If neither Desmond nor I said another word, it was already the longest conversation we had ever had.

“I would rather you stayed out of the way.”

“With all due respect,” I said, “that isn’t your decision to make.”

The dark eyes stared at me now, with both force and intense focus.

“You honestly think you can be better at the finding out than the army of people I can put on this?” he said.

“I don’t want us to be at cross-purposes,” he said.

“No reason why we should be,” I said, “except for the fact that we see a different end game, you and me.”

“I want the person who did this to be arrested and put in jail,” I said. “You want to issue a death penalty.”

“After a fashion,” Desmond Burke said.

There was nothing more to say. I thanked him for seeing me, and for the coffee, and told him I would be in touch if and when I knew something.

He nodded and squinted into the afternoon sun, and I left him there. The only time I slowed up as I walked through the down- stairs room was to nod at Buster and Colley, Buster posted near the bar now, Colley near the front door.

I walked out onto the sidewalk and drank in some air. Tony Marcus and Desmond Burke in the same afternoon. I was living the dream.

From ROBERT B. PARKER’S BLOOD FEUD by Mike Lupica, published by G. P. Putnam’s Sons, an imprint of Penguin Publishing Group, a division of Penguin Random House LLC. Copyright © 2018 by The Estate of Robert B. Parker.

Breaking into Publishing as a Queer Crime Writer: A Roundtable 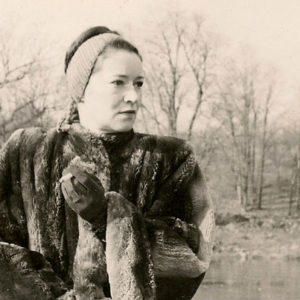 Merriam Modell: Domestic Suspense's Reluctant Pioneer Merriam Modell was at a career crossroads. It was 1960, and she had spent the past decade publishing increasingly successful...
© LitHub
Back to top