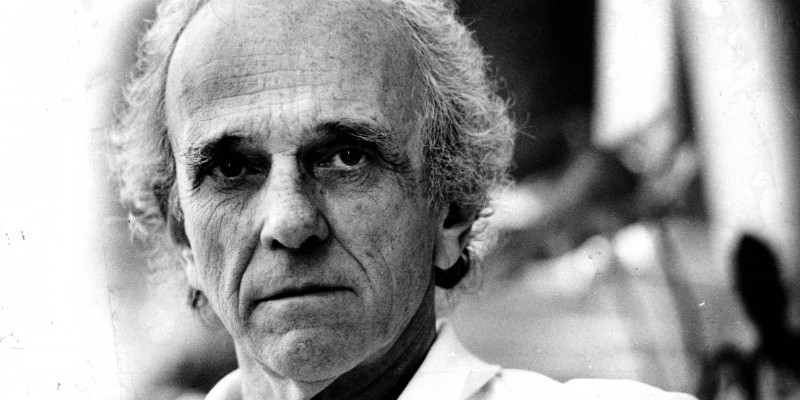 Fonseca captured the life of Rio de Janeiro like nobody else. Revisiting his work now, after his death, is an uncanny experience.

A few years before his death from a heart attack, which he suffered last April, the renowned Brazilian crime writer Rubem Fonseca inaugurated a local bookstore in his hometown, Rio de Janeiro. His appearance was brief, and yet enough for someone to capture him on an iPhone. To see the slim, energetic and clearly moved Fonseca, already in his 90s, on camera is quite a jolt, given that he was so famously private, and hadn’t given an interview to the national press in decades. Some speculated that Fonseca had taken umbrage at the media for criticizing his support for the military coup, in 1964, and his previous work at a right-wing think tank. It’s also plausible that Fonseca didn’t care for his fans to get close witnessing his waned vitality.

Whatever the reasons for his privacy, out of sight and off the air, at least until YouTube, the Fonseca myth had taken on its own contorted form. He was the simpatico flaneur seen by park stragglers on his daily strolls in Leblon, an upscale neighborhood in Rio, hiding under a cap and behind dark glasses. He was the promiscuous prankster, who boasted of sexual liaisons until the ripe old age. He was deliberately misleading about his exact birthdate; he didn’t want anyone to see him limp; he shaved the sides of his head, to appear younger. So many stories, some of them are probably true. A smattering of viral clips plugs the gaps—Fonseca disdained political correctness and, like his characters, wouldn’t pass up on a salacious joke; he was a charmer, a slickster, of sorts—but these hardly constitute a complete or verifiable portrait. Perhaps, in the end, Fonseca, like all his noir protagonists, didn’t want us to ever pin him down.

Fonseca was born in Minas Gerais, in 1940, to a family of Portuguese immigrants. The family moved to Rio de Janeiro when he was eight. Fonseca’s prose gives few hints of what his childhood was like, but we know that, while many of his protagonists suffer poverty, Fonseca’s own background was comfortably middle-class. This didn’t prevent him from creating characters who are either poor and disenfranchised, or burn with righteous, sometimes destructive, anger towards the moneyed elites. Fonseca’s youth was marked by his interest in sports (boxing, swimming and basketball). After studying law in college, he tried his hand at various jobs, from office boy to a newspaper editor. He served on the police force, from 1952 to 1958, then returned to the university intending to teach. He spent a year abroad, at New York University, but upon his return decided to become a writer. His first short story collection, The Prisoners (1963), made him an almost instant literary sensation—a status he confirmed with subsequent collections, publishing 19 of them in 50 years, in addition to 12 novels.

Fonseca was a revelation on the Brazilian literary scene. From the start, his prose was praised for its jarring lapidary quality. It was graphic and violent, almost to the point of seeming anarchic. In this sense, it channeled the social paroxysms of the late 1960s and early 70s, when Brazil went through the darkest stretch of the military dictatorship, with extreme violence on both sides. The characters and situations in Fonseca’s short fiction hover between gritty naturalism and metaphysical allegory. His fictional personas prove as complex and illusive as the one he guarded in life. In one famous story, The Collector, a would-be terrorist preparing a grand act of destruction comes across like an incarnation of Camus’s Meursault. In another, the mysterious hired gun who kills an innocent victim to help a stranger win a bet turns out to also be an allegorical figure—a dread-inducing Grim Reaper. Many of the early protagonists are as if lifted from outrageous newspaper headlines. Similar to another carioca, the playwright Nelson Rodrigues, Fonseca used sensationalist media material not only to root his stories in the factual, but also to instill them with a sense of the uncanny and the grotesque.

Whereas Fonseca’s nihilism makes him an heir to European modernist literature, his affinity for American fiction runs even deeper. According to the Brazilian critic and Fonseca’s longtime friend, Sergio Augusto, Fonseca counted in his pantheon of American writers not only Ernest Hemingway, whose economy of style and fine ear for dialogue are echoed in Fonseca’s own style, but also Dos Passos, Faulkner, Fitzgerald, Bellow, Philip Roth, and Donald Barthelme. Meanwhile Fonseca’s biggest references in crime fiction were Dashiell Hammett and Raymond Chandler. Fonseca himself is considered to be the grandfather of Brazil’s crime fiction, which later came to include writers such as Luiz Alfredo Garcia-Roza and Edyr Augusto. A voracious reader of national as well as foreign literature, Fonseca loved Guimarães Rosa and Clarice Lispector, though in his later years, he preferred to read and quote poetry. He also championed literary talents, from the novelist and master of short-story form, Sérgio Sant’Anna—who died in May, from Coronavirus—to women crime writers, such as Patrícia Melo.

In Fonseca’s novels, which allow for more introspection, the most memorable protagonists borrow heavily from the brutal grind-work that he knew as a cop, but also possess a rich, psychologically ambivalent interiority. Of these, the inspector Albert Mattos in Fonseca’s briskly paced political thriller, Crimes of August (1988), is perhaps the finest. The novel is based loosely on events surrounding the suicide of the Brazilian president Getulio Vargas and the failed the attempt to assassinate his nemesis, the journalist Carlos Lacerda. In the novel, Mattos is a brooding, skeptical loner, who won’t take a cut on a numbers racket, like all his fellow cops. With unswerving moral compass, empathy for the weak, analytical persona, and infinitely complex relationships with women, Mattos is, in many ways, a riposte to Raymond Chandler’s Philip Marlowe. And once you’ve seen Howard Hawks’s adaptation of The Big Sleep, it’s hard to follow Mattos without having Humphrey Bogart’s Marlowe lurk in one’s head.

Cinema was Fonseca’s greatest passion after literature. His cinematic style meant that he could zoom in on just the right detail. Like a fine cameraman, he was also sensitive to light, particularly when it is fraught with emotion (e.g. when Mattos sees the neons in a red-light district he recalls from his adolescence). Whereas filmmakers often say that they envy writers, Fonseca flipped this notion: He insisted that a writer must make his readers see. It’s no wonder then that the main protagonist of his most evocative novel, Vast Emotions and Imperfect Thoughts (1988), is a film director. Recently widowed, the passé Brazilian auteur becomes obsessed with the short story collection, Red Cavalry, by Isaac Babel, which he wishes to adapt to the screen. The unnamed narrator also mysteriously comes into possession of precious jewels. Thus begins a picaresque crime comedy: The director is after Babel (he goes as far as Berlin for research) and crooks are after the director and his treasure-trove. Fonseca moves fluidly between the concreteness of the filmmaker’s life—his mourning and physical attachment to his deceased wife, the young women he has sex with—to disconcerting dreams and loose takes on Babel’s fiction and unclear biography. If Vast Emotions is Fonseca’s most consciously literary novel, it’s also a testament to his syncretic powers, which let him make vast leaps in a compact narrative structure without seeming arcane or losing his thread.

Fonseca’s stories owe their magnetism and jaunty swagger to Rio de Janeiro. A typical Fonsecian protagonist won’t be caught near the beach, but harbors a possessive love for his city: its shadowy, decadent bairros, the botecos where poor bohemians hobnob with the rich, the Carnival street parades, and, above all, the endless parade of colorful, scabrous types. If Rio doesn’t love them back, it’s because its nature is cruel, violent, absurd. It’s where ordinary men can meet daily at a bar to casually bet how many are going to be executed that day by police squadrons. It’s where a body count is so high an individual corpse is forgotten as soon as it hits the asphalt. Fonseca’s Rio is an epic, seductive monster: a Medusa of many heads.

Fonseca’s oeuvre isn’t, however, utterly devoid of tenderness. There’s the grieving widower in Vast Emotions; there’s Mattos, who extends his kindness to Alice, the beautiful, complex and tormented woman who walked out on him to marry a rich, corrupt businessman. The fleeting scenes in which Alice suffers a nervous breakdown and is locked up in a clinic, to be given electroshocks, are the novel’s most poignant. They’re also a counterweight to other passages that blatantly perform the spectacle of male virility. The latter can at times doom Fonseca to a chauvinist strain that feels passé (particularly with characters casually flaunting rape and pedophilia). But although Fonseca’s prose isn’t for the faint of heart, and its alienated, splenetic men have a way of getting under one’s skin, at its best, there’s an ecstatic sparkle under all the spleen, a diamond sheen in the scatological abyss.

Ela Bittencourt is a writer and critic. Her essays on art, literature and cinema appear in various publications such as Artforum, Criterion, Film Comment, Harper's, Hyperallergic, Notebook MUBI and The Village Voice. 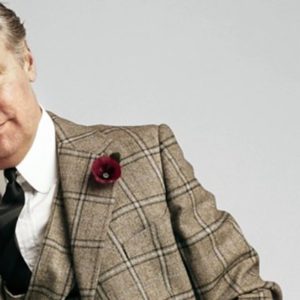 I can’t tell you exactly when or how I fell in love with detective fiction, the more hardboiled, the better. It was probably...
© LitHub
Back to top