Rural Literature Isn't What You Think

In the mountains of western North Carolina, I live in an old farmhouse seated in the outside bend of a hairpin switchback on a gravel road. High school kids like to haul ass and get their pickup trucks sideways in the curve, a cloud of dust whipping up in their passing, me cussing up a storm from the porch.

There’s a little old lady that pushes a shopping cart down the road from a trailer park at the top of the hill. Sometimes she stops and eats blackberries in the thicket across from my woodshed, and sometimes she sits in the shade by my mailbox and catches her breath before the steep haul back up the mountain.

Just on the other side of that mountain the road drops into Oxner Cove where cattle work the pastures and hogs work the slop. The air smells like manure, or as folks around here would say, it smells like money.

I don’t know what criteria must be met to define a place as rural, but I imagine we’re it.

I don’t know what criteria must be met to define a place as rural, but I imagine we’re it. The closest city is Asheville with a population hovering around 90,000 people. It’s forty miles east, about an hour’s drive, and most of us this far out have no desire to visit. There’s too much traffic, too many people. It’s too loud. The place has gone to the dogs.

I’ve been thinking about this idea of rural a lot lately and I guess part of it ties back to an essay I read a few months ago in Politico titled “How Trump is shaking up the book industry.” The premise of the essay was this, that the results of the 2016 presidential election triggered a sudden interest in a seemingly forgotten segment of the American electorate, the rural working class. The author argued that this piqued interest is what put J.D. Vance’s Hillbilly Elegy on the New York Times bestseller list for 40 straight weeks, but that despite that book’s success, the rural working class continue to be an underrepresented and/or absent voice in contemporary American fiction.

Ultimately I disagreed with damn near everything the essay had to say. Aside from never addressing the fact that this sudden national interest in the rural working class was largely a matter of scapegoating or the fact that Vance’s Hillbilly Elegy continues to actively damage the region it supposedly represents, the idea that rural working class stories aren’t being told just isn’t true. I know this because I write these stories. I know this because it’s what I read.

Ultimately I disagreed with damn near everything the essay had to say.

When I think about the writers who influenced me most when I was younger—Faulkner, O’Connor, Welty, Larry Brown, William Gay, Jill McCorkle, George Singleton, Ron Rash, Harry Crews, Lee Smith, Daniel Woodrell (many of whom have one foot in the territory of the crime novel)—they were all writing about these people, the people I knew, and that’s part of why I felt empowered to tell the kinds of stories I wanted to tell.

This year alone if I were to list all the books I’ve read that illuminate the rural working class, I’d run out of room. Whether it be Chris Offutt’s return to fiction with Country Dark, or Silas House’s beautifully rendered Southernmost, or Robert Gipe’s wildly original Weedeater, there’s been plenty to choose from.

If it’s crime you want, how about Steph Post’s latest installment in her Judah Cannon series, Walk In The Fire, set in Florida’s backcountry. How about Ace Atkins’ latest Quinn Colson novel, The Sinners, centered in rural Mississippi. You want a stand-alone, read Michael Farris Smith’s The Fighter. A debut, grab Delia Owen’s Where The Crawdads Sing. The point is the books are there.

Ultimately, though, the essay’s greatest failure is in its perpetuation of what “rural” and “working class” have come to mean. The essay marks a distinct split between two groups of agents and editors. One group says these rural stories aren’t being told and that they need to search out more of these voices. Another group says the industry needs to be providing a platform to alternative voices, non-white voices (i.e. people of color, the LGBTQ community). What we’re left with is this, that a novel can’t be both. It’s that the minority experience has been accepted as wholly urban and the rural identity has been defined as one solely comprised of white faces. It’s that “rural” and “working class” have taken on a connotation of whiteness, and often, a connotation of genre fiction as opposed to general literature.

Part of this is just how we’ve come to think about literature. Take a quintessential American novel like Zora Neale Hurston’s Their Eyes Were Watching God. That novel is taught as African-American literature, as women’s literature, but seldom do we talk about the book in terms of the rural working class. We don’t focus our attention on Janie and Tea Cake running off to the muck to work bean fields. Fast forward to 2017, to a book like Jesmyn Ward’s Sing, Unburied, Sing, a novel rooted in the Deep South of rural Mississippi’s Black Belt, and again we get the same thing. A book celebrated for all sorts of accomplishments, but seldom brought up in regards to its depiction of the rural working class.

Maybe I’m hyperaware of this sort of thing because the same whitewashing that happens in regards to rurality happens with the region where I live as a whole. Appalachia is a word that conjures a singular image from outsiders and it damn sure doesn’t look like Crystal Wilkinson or Ricardo Nazario y Colon. The idea of black Appalachia, latin Appalachia, or as the poet Frank X Walker coined Affrilachia, never comes to mind. And yet books like Wilkinson’s The Birds Of Opulence, Colon’s Of Jibaros And Hillbillies, and Walker’s Black Box are some of the finest works to come out of this region in decades.

If the Politico article got one thing right it is that there is a sudden resurgence of interest in the stories of the rural working class, but if this interest is to be genuine we need to think long and hard about what those terms mean. We need to challenge these definitions when they fail to provide a platform for all of the people who exist within that place. If we do in fact care about these issues and want to understand them, we need to buy these books and read them. We need to support the authors who are telling these stories. We need to review their books and promote their work for this is a culture far too complex to ever be defined by a single voice.

The only way to understand these places in any sort of meaningful way is to arrive at that understanding through the collective. That is where the truth lies with all its beautiful complexity. I know this because I’ve seen it all my life. It’s all I know, and I’d love nothing more than to show it to you.

David Joy’s first novel, Where All Light Tends to Go, debuted to great acclaim and was named an Edgar finalist for Best First Novel. He is also the author of The Weight of This World and The Line That Held Us, just released from Putnam Books. His stories and creative nonfiction have appeared in Drafthorse, Smoky Mountain Living, Wilderness House Literary Review, Pisgah Review, and Flycatcher, and he is the author of the memoir Growing Gills: A Fly Fisherman’s Journey. Joy lives in Webster, North Carolina.

The Midwestern Crime Scene Is Doing Just Fine, You Betcha 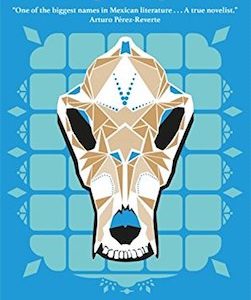 He hated going to bed without a drink because it made him sleep in. Hey, Lefty, don’t make like you’ve got a private...
© LitHub
Back to top