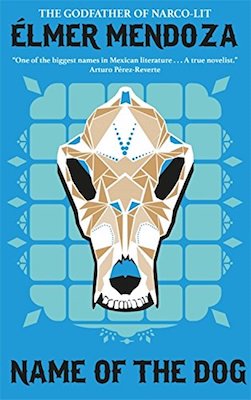 He hated going to bed without a drink because it made him sleep in. Hey, Lefty, don’t make like you’ve got a private line to the Virgin, I need action now, remember, without me you’re nobody. Enough, fucking body, don’t mess with me. Why not? you think I don’t have rights? You want to be kissed and cuddled and milked, right, asshole? Why would I tell you no when it’s a fact; I want to see a set of legs splayed wide, whoopee, just the way you like it. Fucking degenerate. Come on, you like that. You’re sick. A banging on the bedroom door and Trudis’s voice jerked his eyes open. Lefty, get up, what are you doing in bed so late? up, up, you’ve got a visitor. He looked at the clock: It’s really early. What do you mean early, it’s nine o’clock, you’re never here this late, did you get drunk? Oh, I wish. So get yourself together, no man should be lying down at this time of day. Faintly in the background he could hear “White Christmas”. Trudis, what time do you think your beloved rockers get up? Don’t make excuses and hurry up; we’re in the living room. He put on his pants. What now? how many times have I warned those spongers never to look for me at home, a black T-shirt, I’ve told Zelda too, the David Toscana boots, also black. What a morning, I’d better pick up some whisky or I’ll turn into a bear and hibernate till spring; besides, it’s December, and in this city which knows nothing but summer it’s time to think about another sort of season: the playoffs. Trudis was waiting at the far end of the hallway; she had a funny expression, something festive was lighting up her face. For sure she thinks she’s finally convinced me to get a Christmas tree, maybe she’s already bought it and wants me to see it. Your Nescafé is ready, señor. Hmm, she’s up to something.

Waiting for him in the living room was Jason Mendieta, deftly texting on his cell phone. He stood up when he saw him. Lefty knew immediately who he was and he froze. Worth shit. Mirror, mirror, on the wall. Our lives are rivers that lead to the sea, he thought, and he swallowed. What a character that Susana was, always struggling to be more than her body, even though that’s why we all chased after her. Hi, I’m Jason. And I’m Edgar, what’s up. Handshake. Both hands strong, nervous, moist. Same height, same features, same smile. Lefty with his hair a little long and unruly, Jason’s spiky like an asterisk. Fucking Enrique, he was right on the money. How are you? Fine. They sat down. The kid had a papaya juice half drunk and Trudis set Lefty’s Nescafé on the table in the middle of the room, next to a few pudgy Santa Clauses. Jason kept up his rapid-fire texting. So, how is your mom? She’s thrilled, chatting nonstop with my grandma, they’re catching up. How long since she last came? Four years, Grandma visited us three times, but she can’t travel anymore. First time in Culiacán? We came here every year for vacation until my mom started a taco shop in Santa Monica and became a slave to it; she sent you this, he produced a smallish box tied with a Christmas bow. Uncle Enrique said you’d like it. It was the C.D.s of Bob Dylan’s thirtieth-anniversary concert. Wow, what a great thought. Boys, would you like to eat breakfast now? Um, I hope you don’t already have it. No, and please tell her thank you very much. Señora, I already had breakfast. The coffee is enough for me. None of that, Lefty, don’t think just because this young man is here you’re going to get away without eating the way you should, I’ll make you a nice omelette with goat’s cheese, chillies and onions, and for you another juice. This one is plenty, señora, thank you. Lefty was still in shock, the kid started texting again. Do sons really look so much like their fathers? yikes, they ought to look like the milkman.

Mendieta studied him, the kid was like him, undoubtedly an improved version, but that much?

When did you get in? Last night. By car? By plane. Ah, so any news of my brother? He’s good, a bit fat compared to you. He must eat like a horse. He likes hamburgers with double fries and he puts bacon on everything, and he’s always drinking beer, sometimes too much beer. Is he an alcoholic? Hmm, I don’t think so, what I do know is how much he misses you, you can tell he loves you a lot; we saw him last Thursday and he got all nostalgic. Silence, except for “Jingle bells, jingle bells, jingle all the way”. Enrique told me you were unbeatable in the mile. I do alright, but I’m not into that anymore and I don’t train much. Don’t you want to make the Olympics? Well, I’d rather be a policeman. Mendieta studied him, the kid was like him, undoubtedly an improved version, but that much? Are you sure that isn’t like a kid wanting to be a fireman? No, I’ve thought it over and I’ve made up my mind. In the United States I suppose it’s a good job, here it’s usually a last resort. I don’t know about that, I just know I want to be like you; several of my friends have decided to be the same as their fathers and I will too. Lefty’s mouth hung open. Wow, this kid has it all figured out and he’s not fooling around. Is that the latest thing, to be like your fathers?

Maybe, Jason read a text and responded immediately, maybe it’s because some of them are real heroes, in Iraq, in Afghanistan or in the city. Trudis called them to the table.

Article continues after advertisement
So this kid is my son, well, alright, what can you do? that’s some pedigree and on top of it all he wants to be a badge; I’ve got to call Ortega so he can tell me what’s what, what a father talks about with his son, where he takes him, what advice he gives him

Young man, tell me again what your name is, gringo names always slip away on me. Jason. Young Jason, don’t pass up the opportunity to taste this machaca, it’s special, nothing like the ones they make in a blender. My grandma already made me some. Well, now you can compare them, taste it, don’t tell me you’re like Lefty that way too, he eats like a bird; come on, just have a little, you need to grow up strong and healthy even if you are as tall as Lefty already, and she served him; he can eat his omelette and you can have this delight, taste these flour tortillas, they’re made the way God wills, you need to feed that body. Trudis is not easy to contradict and as you can see she has great powers. Don’t exaggerate. Jason took a bite and chewed slowly; Mendieta watched him out of the corner of his eye. So this kid is my son, well, alright, what can you do? that’s some pedigree and on top of it all he wants to be a badge; I’ve got to call Ortega so he can tell me what’s what, what a father talks about with his son, where he takes him, what advice he gives him; I’m not going to spoil him, no way could I take him to El Quijote; what an eager beaver, since I wouldn’t return his calls he didn’t let me know he was coming, he didn’t want me to run away and hide, and that bit about him wanting to become a badge is heavy, isn’t it? and Trudis is thrilled, they act like they’ve known each other for years, should I take him to the whorehouse? no, I don’t think so, he must have his girl, he’s not ugly and his face sure isn’t pockmarked.

Jason was a strong boy, light-brown skin, sure of himself, he looked at his messages, answered rapidly or ignored them. I want a Christmas present, he said after finishing his juice. Lefty was still floating and Trudis was somewhere in the bedrooms doing her thing. I deserve one. Why? Because I’m the only one in my class this year who didn’t do drugs. It’s a big problem over there, isn’t it? It’s really hard to stop; if you want, you can do a drug test on me. They smiled. I brought you some American Nescafé, but you didn’t notice the difference. Mendieta tasted his coffee. You’re right, it’s even worse. They smiled again and relaxed. Uncle Enrique warned me, he told me not to be offended when most of what you say is rude. Is that what that damned beer belly told you? wait till I get hold of him, tell him what he’s going to die of. Listen, Mama wants to speak with you, don’t think it’s something I put her up to, all I wanted was to meet you and see what comes from that, and that’s happened, I like you. His stomach started feeling weird. See me? for what? he thought, then suggested: How about the three of us have supper together tonight? Only I have something on for tonight, so you two go ahead, will you pick her up at my grand- ma’s? Why not? at eight; if there’s work to be done I’ll ask someone to cover for me for a couple of hours. Will you lend me your Jetta? you probably go around in a cruiser. I’d rather give you the taxi fare, I don’t want anything to happen to you, the city is pretty hot. They looked at each other, expressionless. Are the police that bad off? Bad off is putting it nicely, no-one can explain how we manage to function. Alright, just don’t forget my present. Have you thought of something? Yup, I’ll tell you later. Trudis went to answer the telephone, which was ringing off the hook. Hello; it’s Zelda. Lefty put the portable to his ear, listened closely and said: Tell me the address again; O.K., I’ll see you there in an hour.

From NAME OF THE DOG, by Élmer Mendoza. Used with the permission of the publisher, Maclehose Press. Translation Copyright © 2017 by Mark Fried.

The 20 Best Legal Thrillers
of the Last 20 Years

Rural Literature Isn't What You Think 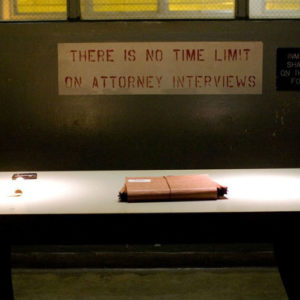 The 20 Best Legal Thrillers
of the Last 20 Years Contrary to what you may have heard, the courtroom drama is alive and well. We can all agree, the 1990s were the heyday...
© LitHub
Back to top