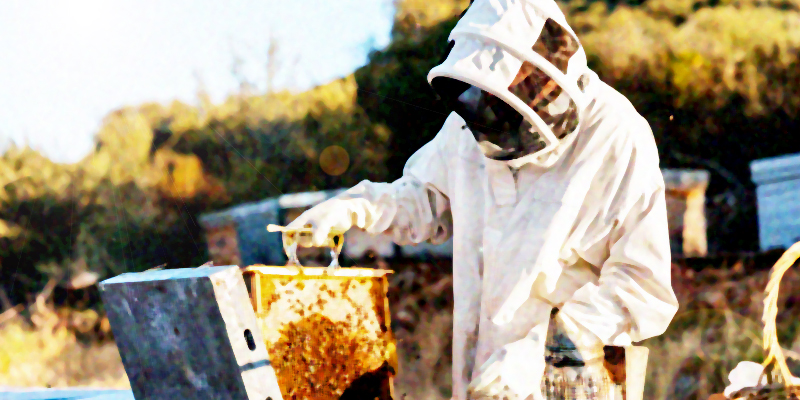 I haven’t yet been arrested doing research for a book. I don’t think that yet is going to last much longer, though, because this last book put me in such danger I don’t think I’ll get so lucky next time.

When I tell this to other writers, they usually think I’m referring to unsavory google searches like how long does it take to get choked to death and how to remove blood from concrete walls. But truly, searches like these are just everyday job hazards for a lot of writers, just fact checking we fire off into the internet hoping the NSA agent assigned to surveil us is also reading along in our super secret manuscript, nodding at our thoroughness. No, what I’m actually worried about is the research I do outside of digital hypothesis. I have been called a method writer. I research my books by pretending I’m in them, which can get a bit tricky when you write about death, violence, and monsters.

For the squeamish among you, don’t worry. I haven’t hurt anyone. There’s no winking “yet” here because I, myself, am too squeamish for the murderous lifestyle. What I have discovered I am suited for, however, are indiscretions that could, in a very uncharitable light, maybe be described–by someone who doesn’t like me—as: trespassing, fraud, theft, impersonation, lying, and potentially arson.

My first book is an urban fantasy, and what little of it takes place in our dimension is set in ancient, rotting buildings tucked into the overgrowth of Connecticut. Those are real places I explored as a kid. Some are so forgotten that even the barbed wire perimeters appear to have wondered off into the brush. As kids, we used to ride our bikes down miles of abandoned highways, or drag clunky laptops with DVD players up onto the roofs of dilapidated buildings, or find backdoors into any number of abandoned warehouses, asylums, and factories. When I found out my first book was getting published, I committed to revisiting several of these sights, but now with authorial intent. You know, fact checking my memories. Trespassing with a cause. And, because I’m not an idiot teenager anymore, I was smart about it.

I brought my parents.

Imagine me and my notebook, bushwhacking through poison ivy, with two baby boomers tottering behind me, chattering on and on about, oh I don’t know, suburban drama, when suddenly the trees clear to reveal the ruins of a civilization scrubbed from every map possible. Imagine me getting my parents to pose with walls of graffiti. Imagine the ride home when my mom interrogates me about how I knew where to find these ruins, and my step-dad just chuckles.

Thankfully we never encountered any security on these journeys, but if we did I was ready to feign obliviousness. Oh, officer, we were just following a trail! We found it on Facebook. That would never work if I was alone, but accompanied by my literal parents? And their orthopedic sandals? I’d be safe.

My second book required more artful trespassing. Literally. I posed as a handler for one of my research subjects, a costume designer and world-class cosplayer, competing at a convention. It was easy–handlers are often just friends who carry bags, take photos, and fetch pizza—but it taught me the holes in con security, which I exploited the next time I was at a con in order to get backstage and chat with other designers I’d put on my interview list. I do feel bad about this kinda of…fraud? Is this fraud? But I also think I’ve balanced this out with actual credibility. A year after publishing this book—which is about a kid who competes in a cosplay competition—I entered the real life version of said competition. And then I won it. The whole thing! Best in show. And I won it wearing a costume from the book I’d written. Can validity be retroactive? Sometimes, when I do research, I think of this strange cosmic irony and just assure myself that I will make up for my lies by turning them into truths later.

That becomes a bit harder when, after writing about fantasy and arts and crafts, you suddenly pivot to writing about death and horror. In 2020, as the world was locked inside, I had the bright idea to sell a story about summer camp, and about the kinds of horrors hidden right out in the open, camouflaged by nature, and—and this was out of nowhere, even for me—beekeeping.

For months I’d been locked into a tiny, subterranean apartment in New York City. What was nature? I didn’t know. Stepping outside meant stepping into a constant sense of unease, and this perpetual fear of being invaded by something. A germ, a swarm of insects. Whatever. Summer itself felt sinister. People online said that in the absences of humans, nature had healed. I felt it had, and worried if its recuperation had given it some fangs.

Uneasy as I was, I got to work. I called up my old summer camps and asked if they’d let me visit. Two did. They were both abandoned for the summer. There is nothing, as it turns out, eerier than an abandoned summer camp in the heat of July. Perfect for my book.

I knew a good deal of my book would focus on a single cabin and the girls who prepared elaborate feasts with in. I recreated that in my own life by grabbing some writer friends and finding the most eccentric cabin I could out in the Catskills. My friends thought the purpose of the trip was writing, but I was LARPing (Live Action Role Playing). Pretending, basically, and paying attention to my pretending. I wrote down every intimate detail of that house, and journaled endlessly about the joy of spending time with people I loved, doing absolutely nothing.

But then came the bees. I couldn’t just research beekeeping. I was committed to trying it out myself. In New York City, it’s not very easy to just steal a swarm into an empty hive like you see on TikTok. So I found a beekeeper willing to let me suit up with him, and I ventured out into his apiary to poke through the hives. It was overwhelming and hot. It was perfect. It gave my writing a confident aesthetic. The atmosphere I so desired. Now, all I lacked was technical depth.

So I took a class. An online beekeeping class. The content was interesting, but mostly I paid attention to the people in the class. How did they small-talk? What terms did they use? What problems did they have? And at the end, when the instructor briefly flashed his email in case we had any questions, I grabbed it and fired off my pre-written followup.

“Would you be open to an interview? I’m writing a book about bees and could use an expert perspective.”

There was more to it, but you get the gist. I find that people are much more willing to talk with me now that they can google my name and see the serious author photos pop up. Sometimes, I’ve learned, playing the game as myself has its benefits. This was one of those times. The expert said yes, but with a huge caveat: he would talk to me, but I could never publicly associate myself with him.

I have learned not to ask too many questions ahead of time, so I saved my curiosity for after our private interview, which mostly focused on questions around bees (duh), and the designation of a bee hive as a superorganims. Unlike most animals on earth, an individual bee is not viable. It must exist as part of a system. They survive via their ability to organize and problem solve via many bodies all at once. A hive mind, in the most literal sense, and such an alien thing to such an independent, selfish thing as myself.

By this point I had imagined a million different reasons. I was already tuned into themes of conspiracy and the occult thanks to the book I was researching, and every single thing I learned about bees seemed to peel away the flowery camouflage of nature and reveal a seething, merciless interior. Was I on the verge of trespassing into a ruin I would not be able to lie my way out of? Should I have listened when the bees clotted on my veil at the apiary, singing me songs of warning?

And he told me a devastating secret that served as a threat.

I hung up the call feeling heavy and discouraged, and like I was making a terrible mistake. There was still research to be done — I ambushed a honey dealer in Union Square Market, and I started a small fire in Central Park just to see if I could do it with a bit of water and a vase (I could)—but nothing could remove this burden I’d been given of this secret. This curse.

In all my journeys so far, I had never been arrested or even caught, but I now saw that this would have been a kindness. In a way, the bee expert had arrested me all the same, locking me into a state of perpetual fear that I still haven’t been able to shake.

You want to know what he told me, right? Fine. He told me about a prophecy. He told me in the bee community, those like me have entered before. Interlopers. Artists, lured by the heady hum of the hive. We always start with brightness and inspired intent. We steal sweet honey from the bees, greedy fistfuls of comb. The bees warn us against using their power to create a great evil, for that is what they have witnessed over and over, and this is why the expert forbid me from naming him. He could not survive the wrath of his own community, should I disgrace the hive. He would be eaten apart, and then they’d come for me.

I asked him what horrible happened? What atrocity had been made to inspire such fear? What could possibly be so insidious that it caused a bee keeper to tremble with fear for his own reputation?

He trailed off. I needed to know. What? What prophecy would I spend the rest of my life defying? What was this great evil?

He looked around the zoom meeting, like tiny ears could be listening, and he whispered it to me. 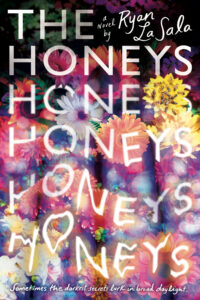 Ryan La Sala writes about surreal things happening to queer people. He is the author of Reverie and Be Dazzled and lives in New York City. Visit him online at ryanlasala.com. His latest novel, The Honeys, is now available. 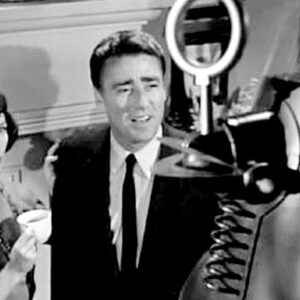 It had seemed like such a splendid idea: develop a half-hour police-procedural series for American television based on The Naked...
© LitHub
Back to top