The world's most northerly big city has a reputation for chilly noirs.

A city that has changed its name so many times has to be interesting. Originally named for Peter the Great, after 1914 and the outbreak of war, the Tsarist government de-Germanized the name to Petrograd. Then, in 1924, the Bolsheviks opted for Leningrad to commemorate their recently deceased leader. Finally, in 1991, with the Communists gone, the city returned to Saint Petersburg, though is known simply as “Piter” to its five million inhabitants. St Petersburg is the world’s most northerly large city; the second city of Russia, and architecturally the country’s most European city, sometimes called “The Venice of Russia” for its extensive canal structure. And its crime writing…?

Well, we can’t not begin with Fyodor Dostoevsky’s Crime and Punishment (1866).

Rodion Raskolnikov, down-and-out in Saint Petersburg, formulates a plan to kill an unscrupulous pawnbroker for her money. He believes the funds from the murder will allow him to restart his life. Instead he finds himself mired in confusion, paranoia, and self-loathing confronting the real-world moral consequences of his deed. In Crime and Punishment Dostoevsky created the first psychological crime novel and so influenced a multitude of later crime writers around the world—James M. Cain, Jim Thompson, Patricia Highsmith, A Yi…and many others. Jennifer Wilson, a scholar of Russian literature, wrote recently in the New York Times that today’s true crime resurgence has an antecedent in the works of Fyodor Dostoyevsky.

R.N. Morris has “borrowed” magistrate Porfiry Petrovich from Crime and Punishment for his series of Saint Petersburg-set mysteries. In A Gentle Axe (2007) it is the freezing winter of 1866 and two frozen bodies have been found in Petrovsky Park – a dwarf neatly packed in a suitcase, and a burly peasant hanging from a tree. Porfiry Petrovich begins his investigation in the city’s squalid brothels and drinking dens but is soon led into an altogether more genteel stratum of Saint Petersburg society. A Vengeful Longing (2009) is, by contrast, set in the humid Saint Petersburg summer of 1868 with the murder of a doctor and his family as Petrovich encounters budding revolutionaries and Tsarist spies. A Razor Wrapped in Silk (2010) moves to 1870 with Petrovich linking the seemingly random murders of a child factory worker and a society beauty. Finally, The Cleansing Flames (2011) sees terrorist outrages across the city and a murder in intellectual circles for Porfiry Petrovich to sort out.

Half a century after Dostoevsky, Joseph Conrad wrote Under Western Eyes (1911), in which a Saint Petersburg University student, Razumov, believes his fellow student, a radical revolutionary, has assassinated a senior Tsarist government official. Caught up in murder, revolution and politics Razumov suffers a deep identity crisis. The story then shifts between Russia and Switzerland where Razumov goes into exile. Academics see the book as Conrad’s response to Dostoevsky, a writer he supposedly detested. It’s also true that, like Razumov, Conrad’s father was imprisoned by the Tsarist Russians and then forced into exile.

It’s also the case that a couple of very popular detectives have visited Saint Petersburg on their travels. Tasha Alexander’s very Victorian Lady Emily, who accompanies her dashing husband Colin on his government assignments, moves around a lot. The twelfth book in the series (there are, to date, fourteen in total) heads to Russia—Death in St. Petersburg (2017). It’s the 1890s and after visiting Saint Petersburg’s famous Mariinsky theatre Lady Emily comes across a murdered ballerina. The dancer’s aristocrat lover appeals to Lady Emily to help find the killer. And of course we can’t not mention Russia’s biggest selling crime writer, both at home and internationally, Boris Akunin. His much-loved Tsarist-era detective Erast Fandorin has visited Saint Petersburg in The Winter Queen (1998, and the first Fandorin book) pursuing a suspect to the city in the 1870s. In The State Counsellor (2000) Fandorin finds himself threatened by a Saint Petersburg police official interfering with his case.

One rather good non-fiction book that regularly mentions Saint Petersburg and may be of interest to Crime and the City readers is Louise McReynolds’s Murder Most Russian: True Crime and Punishment in Late Imperial Russia (2012). McReynolds uses a fascinating series of murders and subsequent trials that took place before the Bolshevik Revolution of 1917 to reconstruct events that gripped Russian society. These include the case of Andrei Gilevich, who advertized for a personal secretary and beheaded the respondent as a way of perpetrating insurance fraud as well as the beating to death of Marianna Time by two young aristocrats who hoped to steal her diamond earrings. McReynolds also fascinatingly discusses “The Russian Sherlock Holmes”, Ivan Putilin, who was the head of the Saint Petersburg detective force in the mid nineteenth century.

And, as ever, one especially interesting final recommendation—Andrei Bely’s Petersburg (first published in serial form in 1913 and then as a revised edition book in 1922). Sadly not much read these days but considered by Vladimir Nabokov as one of the greatest novels of the twentieth century, after Joyce’s Ulysses and Kafka’s The Metamorphosis and before Proust. Muscovite Bely was a Symbolist, an early modernist writer. Petersburg is based in the city just before the 1905 Revolution. It concerns a young revolutionary, Nikolai Apollonovich Ableukhov, who has been ordered to assassinate his own father, a high Tsarist official, by planting a bomb in his study. The novel is part-thriller, part in-depth description of Saint Petersburg (this aspect of the book is why it has been regularly compared to Joyce’s Ulysses), and part meditation of revolution and political beliefs. There are few books to compare to Petersburg for its thrilling combination of a crime story and vivid snapshot of the urban backdrop to the events. Bely’s novel was not translated for English publication until 1959, though there have been subsequent new translations including, most recently, one by John Elsworth for London’s Pushkin Press that won the prestigious Rossica Translation Prize. Bely died in 1934 aged just 53. The Andrei Bely Prize, one of the most important prizes in Russian literature, was named after him. 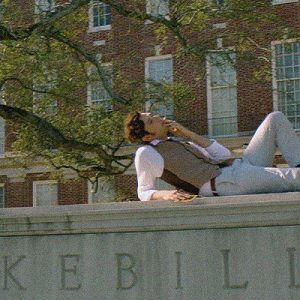 Bastions for the wealthy or the truant, keepers of secrets and lies, boarding schools are a fascination of mine. I was a near-miss...
© LitHub
Back to top