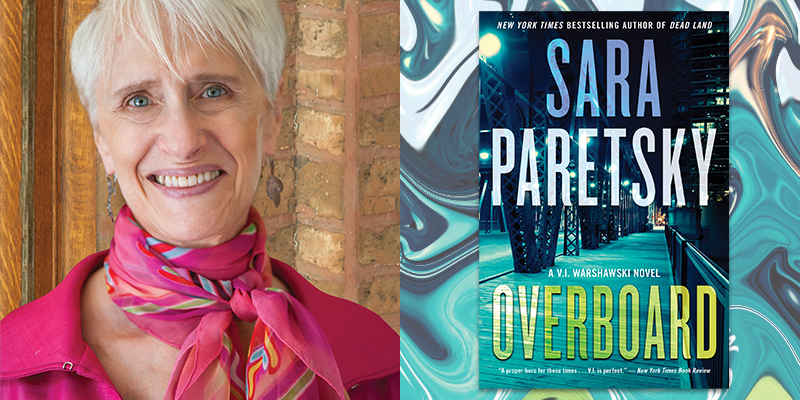 "V. I. Warshawski becomes not just my voice in the world, but the expresser of my own conflicts over morality."

I wasn’t a Nancy Drew fan as a child. Nancy’s life was so remote from mine that I couldn’t connect to it. She was wealthy, her widowed father respected her ideas, she went off on her own with her friends to solve crimes and came home to parental praise.

I grew up with parents who were widely and deeply read. When they were calm and sober their conversation was witty and erudite. Those days were infrequent: they were prone to rages that were frightening in their violence. My four brothers and I both endured such scathing criticism when we offered opinions that we retreated into silence, and when we spoke, it was in whispers.

Also unlike Nancy’s, mine was a circumscribed world. School, housework, homework, caring for my youngest brothers.

The summer I was 19, I began my escape from that life. I came to Chicago in response to a nationwide call for college students to work in the Civil Rights movement here. My co-workers and I worked in Gage Park, one of the so-called white ethnic communities on the city’s south side. We were trying to broaden the world view of the kids there, trying to get them to see a city where diverse peoples might live in harmony.

Even though Gage Park and other south side communities exploded in furious anti-integration riots, I came away from that summer filled with the sense that change for good was possible. I believed that if I and my peers put enough energy and good will into the struggle, we could transform America. And I felt that my destiny lay in Chicago.

When I finished my undergraduate degree and was at loose ends, the couple I’d worked for in Chicago invited me to stay with their family while I found a paying job in the city. Later, I did a PhD in U.S. history, trying to understand and come to terms with the roots of the misery playing out on the city’s streets.

Later still, I created my Chicago investigator, V. I. Warshawski, who grew up on the city’s south side. Much of what shaped VI’s history came out of the summer.

My summer as a volunteer also made me acutely aware of how helpless many of the people around me felt. Growing up myself in a landscape where powerful figures struck my unconscious mind as wolves, or vampires, bent on my destruction, I grew up siding with underdogs. I was a person raised to serve others, and I came of age in a time of passion for justice. My personality dovetailed with the times. My own sense of voicelessness also led me to see and feel the anguish of the powerless.

We all have one or two fundamental questions about life—about our own lives—that we keep returning to, and trying to sort out. My own fundamental question has to do with how to act as a moral person in a world where peer pressure, market pressure, ambition, or cowardice make it easy to take the soft option.

I return, again and again, to poetry, fiction, and memoir that help me see how other people thread that needle. Anna Akhmatova outside the prison where Stalin had incarcerated her son turned her own helplessness into the powerful poem, “Requiem.” James McBride’s poetic expression of how the white gaze affects a Black child’s mind seared me in Good Lord Bird. All these stories help me come to grips with my own fundamental question.

My writing also helps me. V. I. Warshawski becomes not just my voice in the world, but the expresser of my own conflicts over morality.

It’s not that I want to write social commentary. I set my books in the world of white collar crime because I’d worked in management, and I knew that milieu in a way I don’t know the back alleys and docklands that someone like Elmore Leonard covered. I felt passionately about the subject as well, partly because of my volunteer summer all those years ago. Street crime is nasty and frightening. It damages lives, but it doesn’t do the grand scale destruction that white collar crime can.

I aspire to write like Dickens and Elizabeth Gaskell. Both were storytellers, first and foremost, but they wrote stories against the backdrop of poverty, homelessness, sweatshop labor, and the extreme disparities of wealth in Victorian England. If those master writers could include such topics in their stories, who am I to turn away from them? 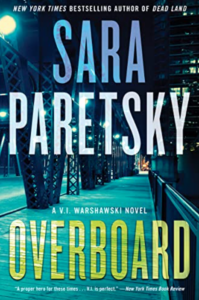 Sara Paretsky is the author of 20 books, including her renowned V. I. Warshawski novels. Her many awards include the Cartier Diamond Dagger Lifetime Achievement Award from the British Crime Writers’ Association and the 2011 Mystery Writers of America’s Grand Master Award. She lives in Chicago, Illinois. 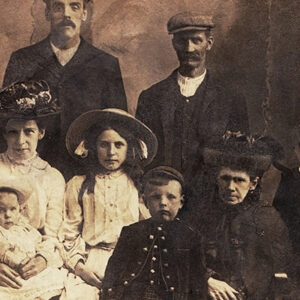 Since I was a young child I’ve been fascinated by the identity people get from their families, good and bad, being part...
© LitHub
Back to top