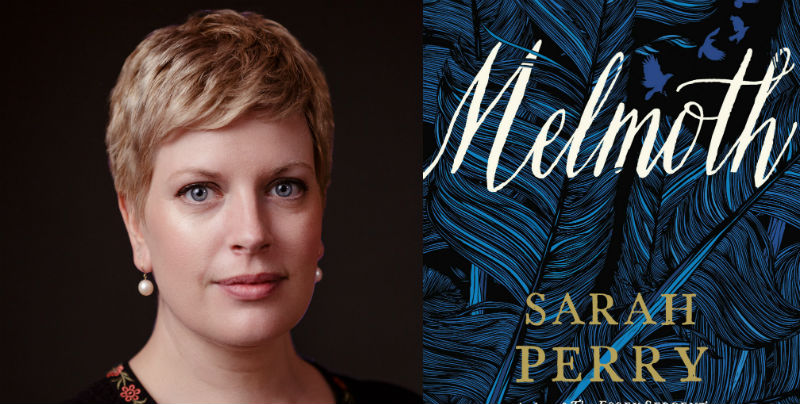 Until recently, I worked at Politics and Prose, Washington D.C.’s biggest bookstore. My desk was in the back, but I wandered the book floor often, trying to look purposeful but mostly hoping to steal Swedish Fish from the information desk. Last June, I began to hear the same question every time I went on a Swedish Fish mission: “Do you have The Essex Serpent, by Sarah Perry?”

The question lasted all summer, all fall. Most likely, as you read this, there’s somebody standing by the Politics and Prose best-seller table, leafing through The Essex Serpent. It’s a wild book with wild staying power, full of twisty, Gothic prose and a twisty, Gothic monster. But trust me: the serpent’s got nothing on Perry’s next invention.

Melmoth, Perry’s follow-up to The Essex Serpent, is a full-blown Gothic horror story. It’s also a call to action. Its monster, Melmoth the Wanderer, roams through history, bearing witness to our greatest evils and watching, then punishing, those who refuse to do the same. She’s a demon conscience, and, in Sarah Perry’s glorious prose, she’s a very, very sexy one.

I talked to Perry recently about Gothic fiction, the politics of horror, and writing a seductive female monster. Prepare yourself to be seduced by Melmoth—and don’t worry, she’s not watching you. Perry didn’t tell me this, but I’m pretty sure Melmoth is in my home town. I think she’s heading for the Senate.

Lily Meyer: Melmoth takes a very wide view of horror. Who were your models in writing horror?

Sarah Perry: I did my PhD on the Gothic, and I studied Gothic horror for years. While I wrote Melmoth, I was thinking about Frankenstein, The Monk, and Dracula, and about the way Gothic fiction combines huge fun, mystery, chills, and atmosphere with a deeply serious, and often deeply political, look at the world. Take Frankenstein: On the one hand, it’s a gleefully exciting, and slightly overblown story of science and the supernatural; on the other, it’s a story where God is dead, where a being is created, then cruelly tormented till he becomes a monster. It’s a story about where sin comes from.

LM: Is Helen, your human counterpart to Melmoth, a traditionally Gothic protagonist?

SP: No, she’s quite the opposite. That was part of the fun. I loved playing with the Gothic form, and I wanted to challenge myself to make Helen very plain, very drab, very quiet. I wanted to make her an empty space so the reader would have to inhabit her.

LM: The second-person address in Melmoth invokes the reader very powerfully. Is that a political tool for you?

SP: Hugely. It’s a political tool, and it’s a Gothic tool. Addressing the reader makes her feel the Gothic sensations of fear and anxiety and unease, just like Helen does. In this case, the second person also insists that the reader bear witness—so it was a calculated ploy, really.

LM: What is the thing you most want the reader to feel like she’s bearing witness to?

SP: I’d like the book to feel applicable to the way we live now. It’s very hard to watch what is happening in the world, and it’s an especially hard time to be a woman. I feel for women in America right now. So I suppose it’s a novel that says you must bear witness, even if that’s the only thing you can do, and even though bearing witness is tremendously difficult. The alternative is to abdicate your moral responsibility.

LM: Can you talk more about putting such a strong political message into a book written in conversation with genres—crime, horror, fantasy—that people often dismiss as escapist?

SP: Well, that was my great joy, really. I read a lot of genre fiction, and I’m a particularly big fan of crime fiction, fantasy, and science fiction as well as horror fiction. I have observed that genre fiction is not accorded the respect and the enquiry that so-called literary fiction is, and so when I decided to go full genre with Melmoth, I was conscious that I was taking a huge risk. My hope is to force people to accept that the Gothic can be political, and always has been.

LM: The majority of crime readers are women, which is a fact I rarely see discussed. Did you think especially about your female readers as you worked on Melmoth? Certainly it seems like a very female book.

LM: I’m interested in the fact that one of the novel’s most frightening myths is anti-Semitism. Melmoth gets cursed because she rejects Christian doctrine, and she then bears witness to the Holocaust. Could you talk a bit about that choice?

Article continues after advertisement
“I’ve always been adamant in my belief that historical fiction is about the way we live now, and that supernatural fiction is as much about us as it is about monsters.”

SP: The initial myth of Melmoth the Wanderer draws on the myth of the Wandering Jew, which is very anti-Semitic, since it draws on a fundamental distrust of Jewish people that has been a blight on Europe for centuries. I wanted to respond to that by making anti-Semitism a massive part of the book—which, sadly, has become more important as anti-Semitism has risen in the U.K. in the last year.

I’ve always been adamant in my belief that historical fiction is about the way we live now, and that supernatural fiction is as much about us as it is about monsters. The whole time I was writing, I was keen to be sure that the reader knows that when I write about the Holocaust, and about the Armenian genocide, I’m also writing about what’s happening to refugee children now. I needed to. I needed to make the book matter.

LM: It’s an amazing thing about fiction that you can write a book that matters politically, even to readers who had no idea they were signing up for a political reading experience.

SP: It’s been fascinating to see how taken aback some readers are by reading a Gothic novel that asks them to take responsibility for what’s going on in the world. Some readers are truly shocked by it. Which, of course, is a good thing.

LM: It seems to me that any crime or crime-related book has to be about ethics, though, right?

SP: Yes! At the very base of the idea of crime fiction is the belief that bad things have been done, and someone is going to find out what happened. We live in a world where accessing a clear-cut distinction between right and wrong is often impossible, and so it’s a kind of comfort to access that distinction in the world of fiction.

LM: The idea of bearing witness in Melmoth has an incredible moral weight, but the idea of being watched is terrifying. It’s how you build suspense. Why do you think that’s so scary?

SP: Well, we live in a secular society, at least here in the U.K. I think as a result, the idea that an objective consciousness could be monitoring our behavior is very frightening, no matter whether we’re Christian, Jewish, Muslim, anything. No one wants to think they might do something bad enough that they would deserve to be watched, but at the same time, we all seem to believe that if we do something transgressive, somebody will know. I think that’s where the fear comes from.

LM: Melmoth never quite releases the reader from the feeling of being watched. We’re still scared at the end. Why make that choice?

“It’s a big convention in ghost stories and in horror stories that you let the reader off the hook…I didn’t want to do that. I wanted readers to feel unnerved.”

SP: It’s a big convention in ghost stories and in horror stories that you let the reader off the hook. We’re terrified, and then we get to the end of the book and we’re back at the fireside with someone saying, “Anyway, that’s the ghost story I heard.” I didn’t want to do that. I wanted readers to feel unnerved.

LM: It feels like quite a big innovation that no one gets off the hook. Very twenty-first century. Do you want to keep playing with the Gothic after Melmoth?

SP: I see this book as the third in a Gothic trilogy. After Me Comes the Flood is a psychological Gothic; The Essex Serpent is a Victorian monster Gothic; and this one is a full supernatural Gothic. So I think I’m done with the Gothic for now. I’d like to write crime fiction next, or speculative fiction. I’m hoping I’ll live long enough to play with all the extraordinary genres of fiction that are available to me.

The 13 Worst Boston Accents in the History of Crime Movies 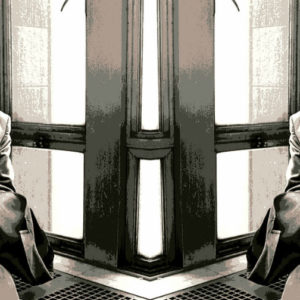 As a teenager, Izzy Zimmerman was framed for the 1937 murder of a Manhattan detective. Nearly electrocuted at Sing Sing,...
© LitHub
Back to top