The 13 Worst Boston Accents in the History of Crime Movies

A Brief History of Crime Cinema's Most Mangled Accent

Thanks to some strange alchemy of hardscrabble mythology, Dennis Lehane source material, state-sanctioned tax breaks, production know-how, and the lifting of an 86-year-old curse that condemned all projects in the greater municipal area to abject failure, the Boston film industry has experienced an unprecedented boom over the last fifteen years, with crime films taking center stage. That means a lot of work for a lot of Boston actors, but it also means a lot of non-Boston actors being asked to perform a notoriously difficult accent.

Now, many brave souls have tried to capture that certain something that defines your Boston archetypes: the workaday criminal, the arrogant cop, the workaday cop, the street brawler, your uncle Mikey, your scumbag buddy Tommy who used to date Brenda but then Brenda’s sister Siobhan went away to UMass and got kicked out for selling weed and came home hot and then Tommy was with Siobhan all of a sudden. A few non-Bostonians have succeeded. See, most notably: Christian Bale as Dicky Eklund in The Fighter (2010), Jeremy Renner in The Town (2010), Robert Mitchum in The Friends of Eddie Coyle (1973) (more an attitude than an accent), and best of all Amy Ryan as the immortal Helene McCready in Gone Baby Gone (2007). By all means let’s celebrate what those actors achieved but in good New England form let’s also chastise the wicked.

Now, you might find a few other rankings similar to this one around the internet, but (1) none recognizes the integral connective tissue of crime, and (2) those people don’t know what the hell they’re talking about. (Here are a few surefire ways to figure out if the commentator you’re reading is full of crap about Boston accents: they use the word “Harvard” as a meaningful benchmark; they exhibit no familiarity with the name Yastrzemski; they went to Emerson.)

You might ask, is all this really necessary? Yes, it is. I’ve been watching Boston crime movies for the better part of my life and somebody made an ill-advised decision to give me a crime site to run, and I’m gonna run it like this is the bar at the Cape Cod Cafe on Main Street in Brockton and my Auntie El is down in the corner nursing a gimlet and my guy Derek is behind the bar and Timmy and Danny just showed up with scratch tickets. Here we go. 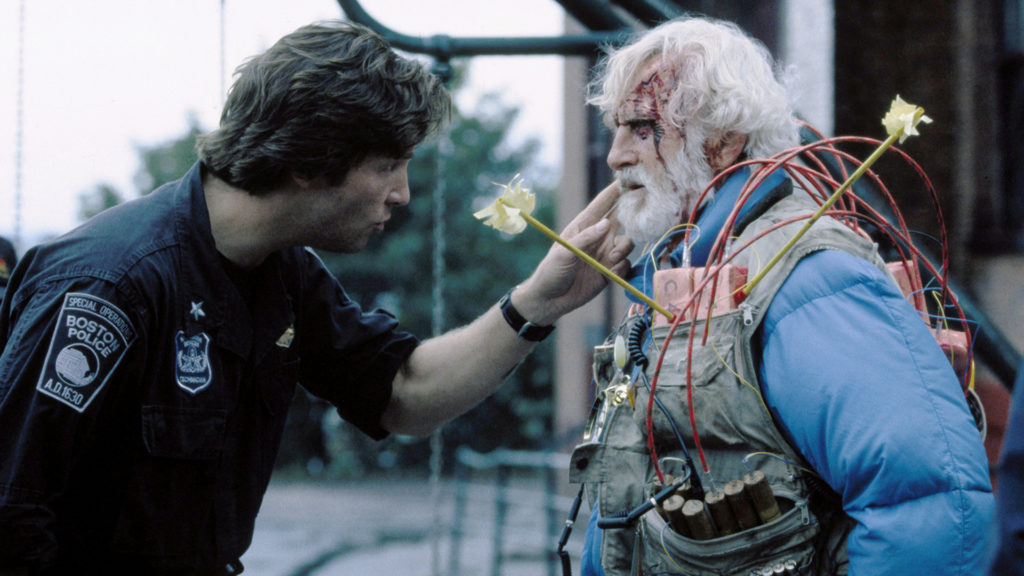 You see the Sox last night? They got no bullpen.

The Dude isn’t supposed to be from Boston. He just isn’t. Bridges’s garbled accent is somewhat eclipsed by Tommy Lee Jones’s manic leprechaun voice or else he might rank even higher on the worst all-time list. But really this movie wasn’t about the dialogue anyway. It was about the bombs, and explosions don’t have culturally inherited regional idiosyncrasies. They just go boom. 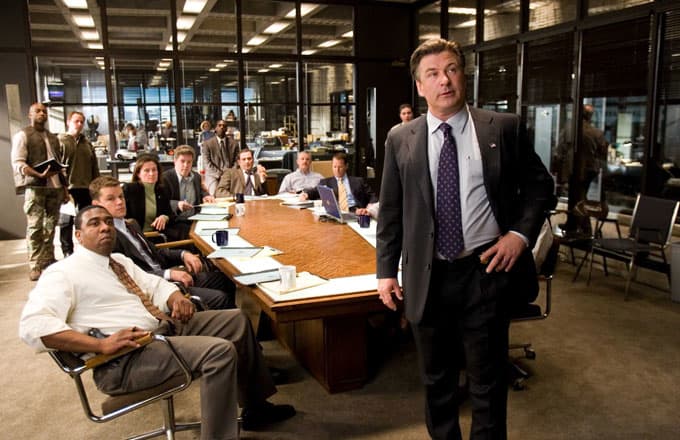 This was actually a great decision on Baldwin’s part. His own native Long Island accent is closer to the Boston sound than most realize, so for his turn as a captain at the helm of a Staties task force, he just dials it up a bit and affects a bit more swagger than usual. Occasionally he’ll put some extra mustard on a dropped R, which makes the performance a little erratic but all the more entertaining. (Bonus: Recall that Baldwin’s 30 Rock character Jack Donaghy hales from “Sadchester, Massachusetts,” one of the greatest fictional towns ever named.) 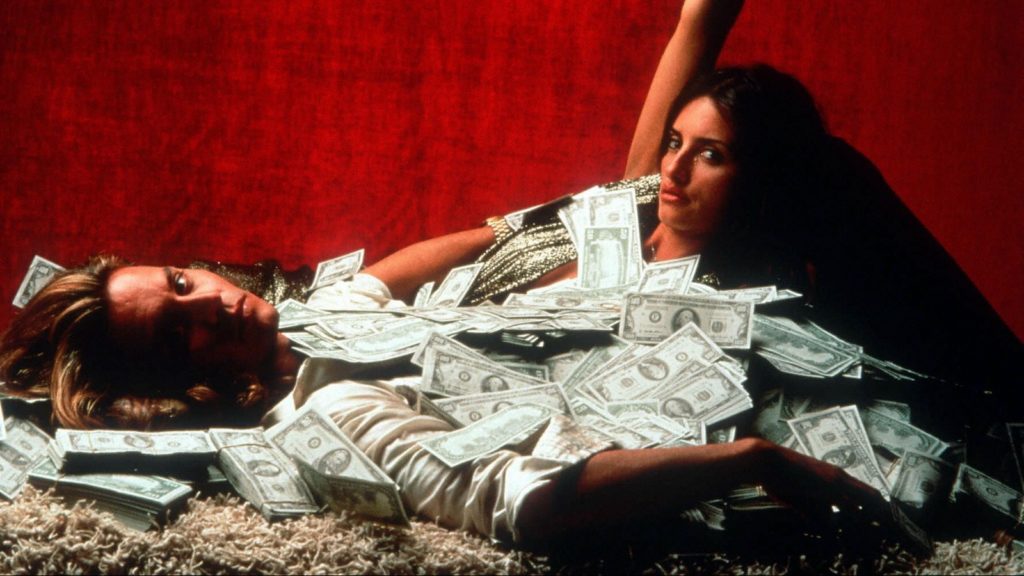 They’re gonna like this Christmas Card in Weymouth, right?

The fact that a kid from Weymouth—George Jacob Jung—was ever a significant part of the Medellin Cartel is sort of beyond comprehension and frankly Depp owed it to himself, owed it to us all, to take a stab at that accent. He mostly comes up short, a little too exaggerated on the dropped Rs and missing all the other nuances that go into a good New England brogue. Depp would do a lot better fifteen years later playing Whitie Bulger in Black Mass, with some reasonably subtle accent work and a nice quiet lunatic menace to his rendition of the Winter Hill boss. 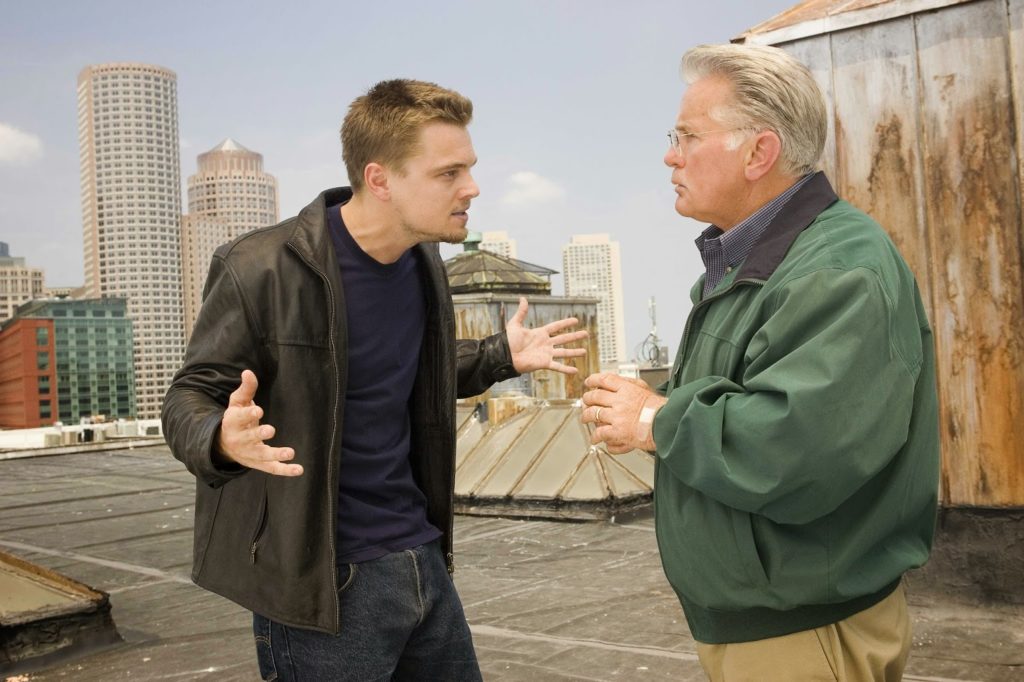 I got this jacket at Job Lot. Where’d you get yours, Filene’s Basement?

Martin Sheen looks the part, there’s no denying it. He’s actually a dead ringer for my father. But then he opens his mouth and those dulcet Boston tones (look they’re dulcet to some of us) come out like a Public Gardens goose with a pack a day smokes habit. Somebody must have told Sheen about the flattened As—an oft-overlooked feature of the Boston accent (think bah-throom instead of bath-room), and then that’s all he can think about. It’s a solid overall performance, maybe the best in the film, but with the accent he loses the forest for the trees. 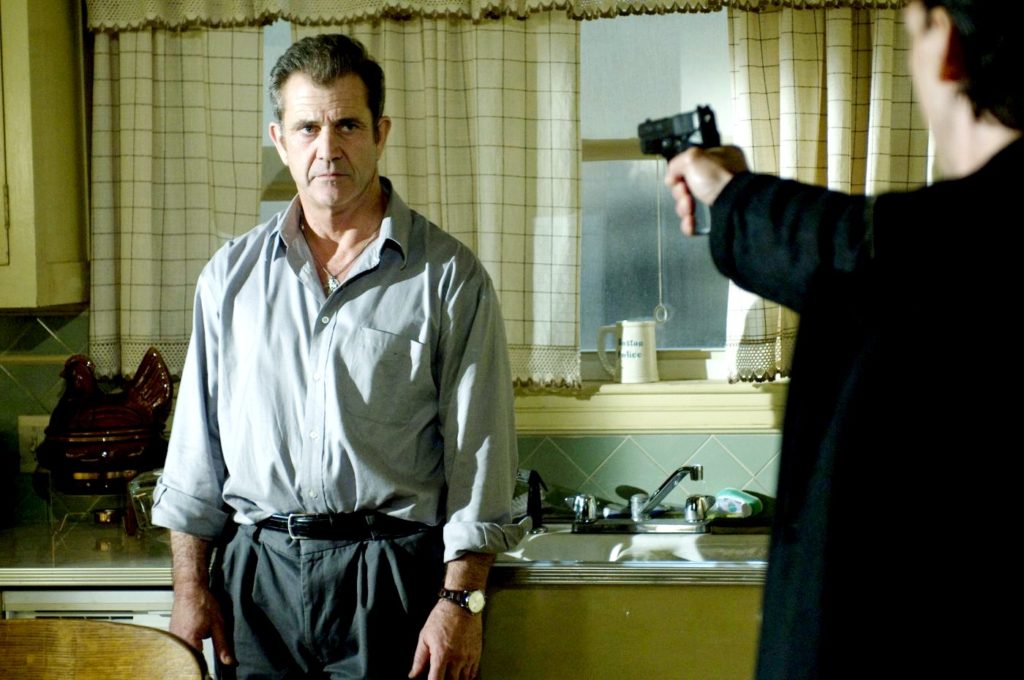 Nah bro guns don’t work on me, I’m from Somerville, you would need a knife.

Gibson is sure angry enough to be from Boston but the accent is in full caricature mode. He wants to go nasal and does, but the the Boston growl should really come from somewhere in the throat, not the nose, and frankly you could never get away with anything this pitched and survive the Boston PD academy. 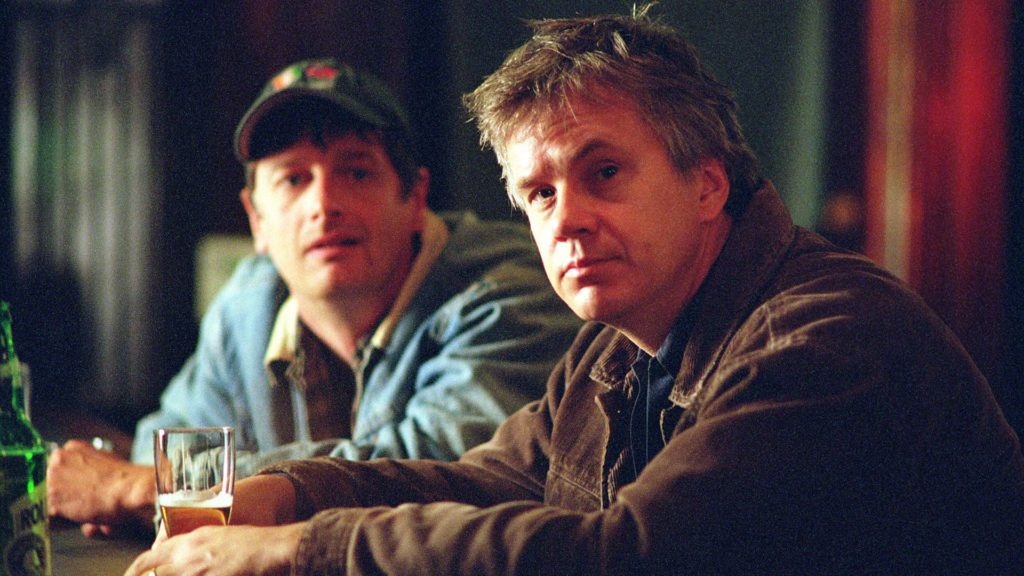 That’s my cousin Bobby, don’t worry about Bobby, you look me in the eye dammit.

Robbins’s decision to go with a whispery erratic meekness that flashes hot and cold makes a lot of sense for the role, but pairing it with a Depression Era New York accent was a strange choice to say the least. He sounds like a beaten-down Bowery drunk half the movie. That’s a good way to give a character a dose of tragic fatalism but not actually an identifiable Boston type or sound. 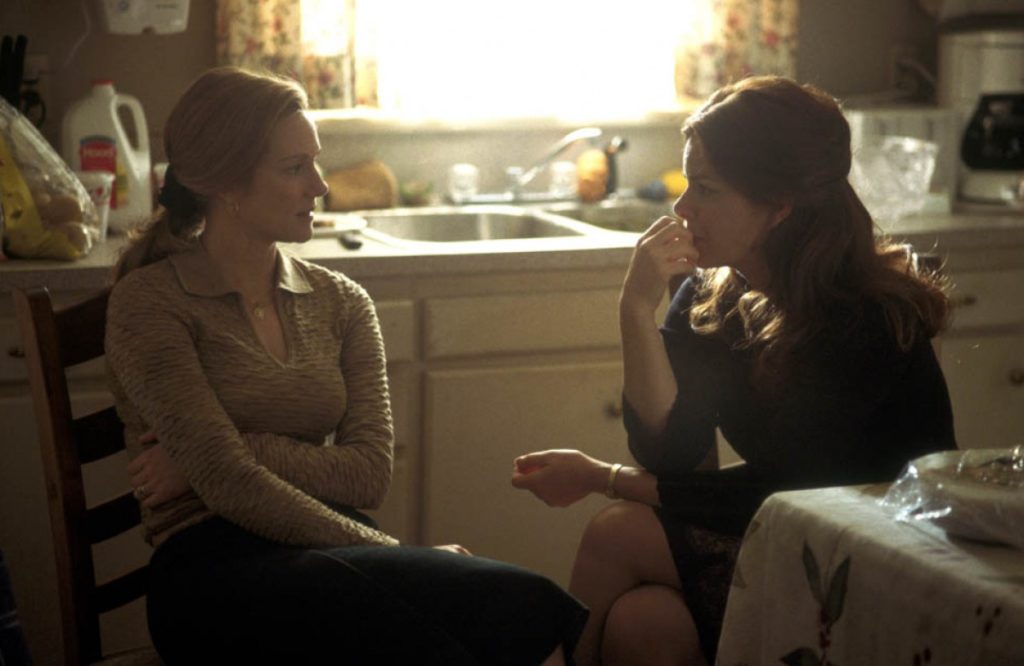 Seriously I’m tellin ya they got Keno at the 99 now.

This is just your garden variety bad Boston accent. Nothing particularly notable about it except it’s slightly better than what Tim Robbins is doing. If only this was the accent Linney used to introduce every episode of Downton Abbey, we might have had ourselves a better program. 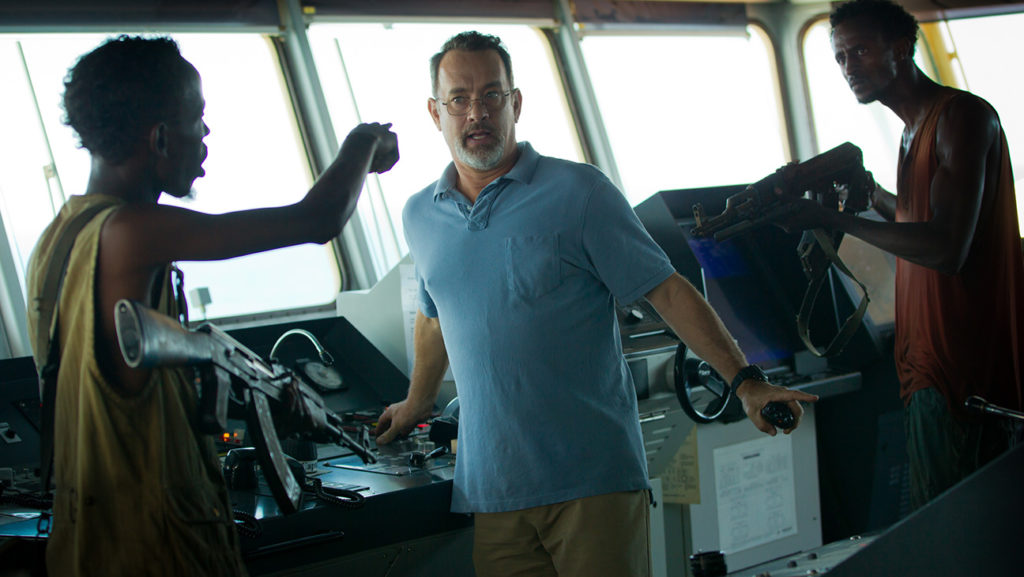 Wait, did you guys go to Mass Maritime, too?

Most of the Maersk Alabama crew hijacked by Somali pirates back in 2009 were coming out of Mass Maritime Academy, so I get it, Hanks was going for something salty and a little blue collar, but he gets completely lost somewhere in between the Sunday Regatta crowd and Sully from the corner tavern. He needed just a little more time hanging out at Captain Al’s Tiki Bar on Cranberry Highway in Buzzards Bay, MA before this accent was ever going to be truly seaworthy. 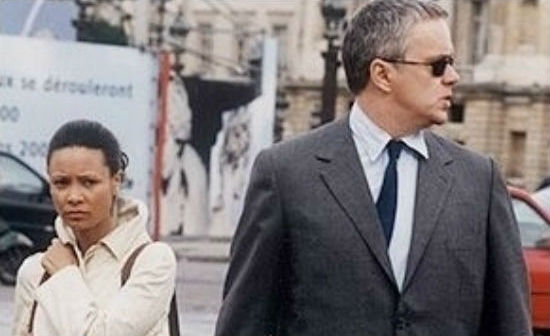 Just another Bostonian in Paris, nothing to see here, Thandie.

Our first repeat appearance and it’s a doozy. I think Robbins is doing a kind of demented and misinformed homage to Walter Matthau, who originated the role in Charade with his signature Brooklyn accent, or maybe Robbins is just trying to give an old Yankee tinge to his turn as the CIA’s man in Paris, or maybe it’s just all a part of director Jonathan Demme’s camp-noir vision. Most likely of all is that Tim Robbins is really lousy at accents, especially the Boston accent. 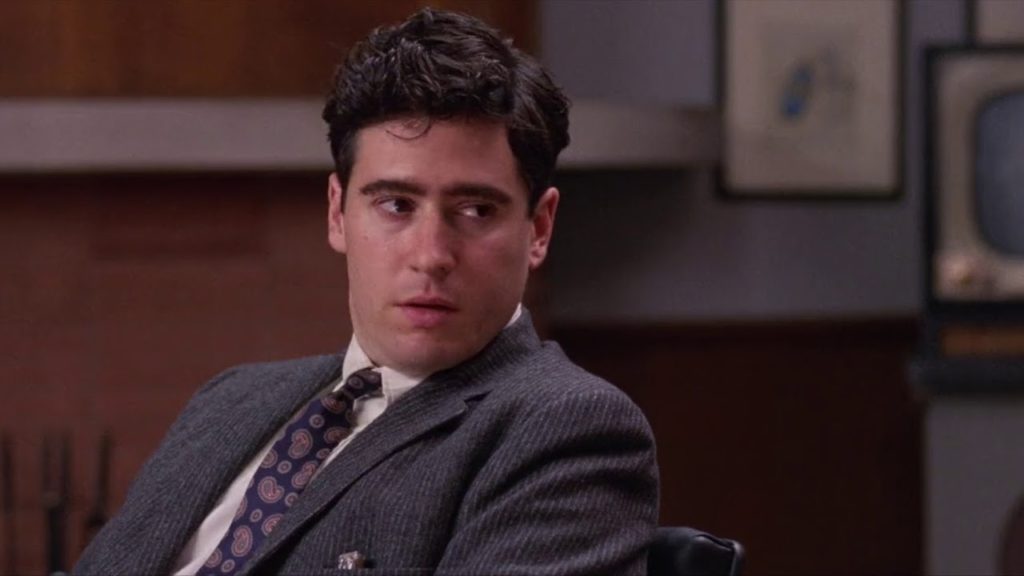 “You sound like you’re from Boston,” one of the character says to Rob Morrow’s crusading congressional staffer in this 1994 film about the Twenty-One quiz show scandals, and I mean, I guess he doesn’t sound like he’s from somewhere else. (His character obnoxiously responds: “Brookline, actually.”) But Morrow hams up the accent to such a ridiculous level it’s borderline unwatchable for anyone who’s ever heard a non-alien from the New England region speak. 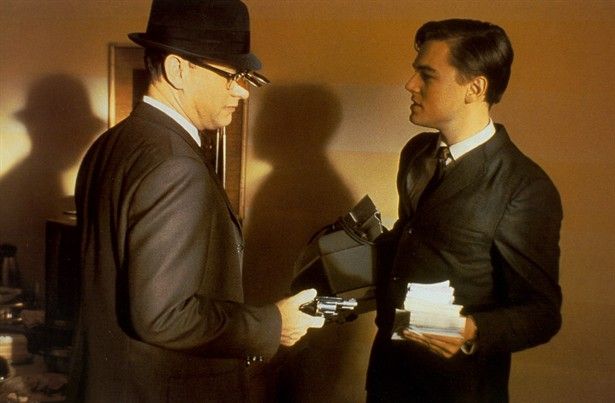 You farge those checks?

Hanks makes the classic mistake of going for a hardcore RFK accent while failing to understand that nobody in the history of Boston or the world ever sounded like a Kennedy except the Kennedys. (I worked for Ted for a while and used to get select jobs in part because my accent was close-ish to the family’s and if I’m being entirely honest looking back—I was putting it on. It was all a ruse.) Anyway Hanks’s maniacal but benevolent IRS agent sounds like Mayor Quimby with a CPA license. Once again, Hanks performs well anyway, but his accent is phonier than one of Frank Abagnale’s checks. 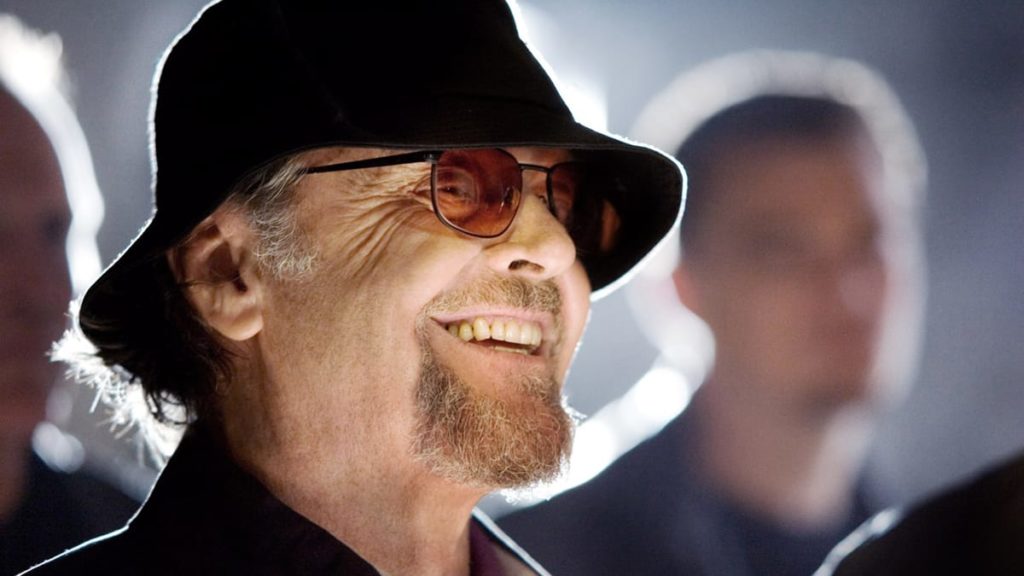 Nicholson seemed to largely get a pass on his Boston accent when The Departed came out, maybe because every other decision he made with the Whitey Bulger-like role was so over the top and bizarre the accent was really the last thing anyone was going to notice. The truth is he just kind of forgets about the accent for long stretches and does normal old Jack Nicholson, then slips into a quick “in-pharma” for “informer,” then does a coked-out Irish-brogue, then it’s back to Nicholson. You never can be sure where the hell he’s supposed to be from or what the hell he’s going to do next, which is maybe his interpretation of Bulger but it sure would confuse a linguist. 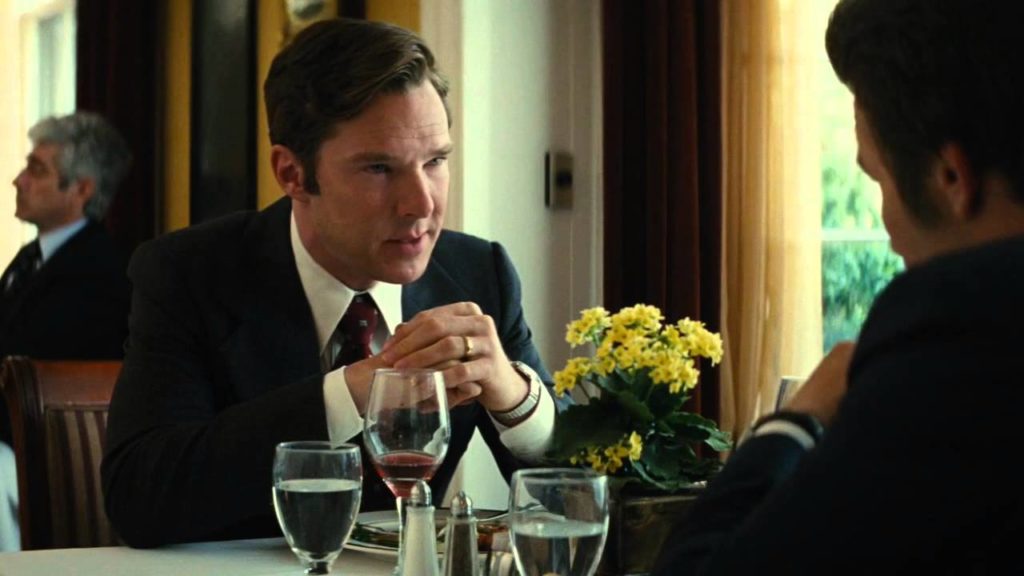 You gotta feel for the guy. Asking a posh Brit to play Southie’s favorite son was a tall task. Maybe it was worth it to get some of that Cumber-magic in what was supposed to be a big ticket crime flick. But boy did Benedict surprise us all. This is really the gold standard of bad Boston accents. There’s no way to describe what he’s doing because it’s so completely all over the place from one word to the next, none of it identifiable as Boston, or Massachusetts, or New England, or American. He probably should have just given up halfway and played it as Sherlock. 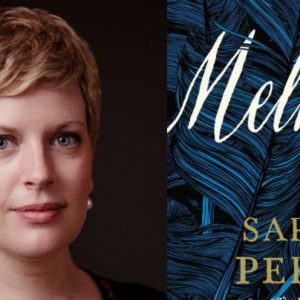 Until recently, I worked at Politics and Prose, Washington D.C.’s biggest bookstore. My desk was in the back, but I wandered...
© LitHub
Back to top