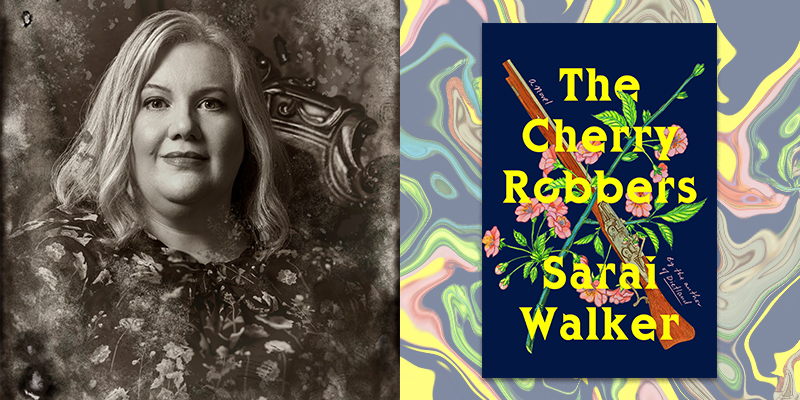 "I definitely wanted to disrupt the idea of 'happily ever after...'"

Sarai Walker first came to my attention with her brilliant satire, Dietland, and her new book is completely different yet just as stunning. The Cherry Robbers follows a family of sisters cursed to die soon after marrying, and the one spinster who may have escaped the curse (but can never fully escape a reckoning). I interviewed Sarai Walker over email about the book, its inspirations, and her work as a whole.

Molly Odintz: The Cherry Robbers has been described as a gothic ghost story, and it seems to me there’s a revival of the gothic novel going on at the moment. What got you interested in exploring the gothic?

Sarai Walker: To be honest I just stumbled into it. I had created the basic premise of The Cherry Robbers and it turns out that it fit into a gothic framework. So I ran with it. My first novel Dietland has some surreal elements in it, and I really loved writing those parts, so I think I was primed to explore that much more in The Cherry Robbers. I’ve always loved ghost stories, and my favorite scary movies have always been the ones focused on the terror of the unknown and the unseen, rather than slasher films. I was excited to try my hand at writing something spooky, even though that’s only one part of a much larger story. I should point out that The Cherry Robbers has been part of my life in some form for a decade, so if the gothic novel is having a moment right when it’s being published, that’s really a coincidence. But I don’t mind appearing to be part of a trend!

MO: As a followup, is the gothic a particularly potent place for feminist stories?

SW: There are so many powerful stories by women that could be described as feminist gothic, including classics like Jane Eyre and “The Yellow Wallpaper,” and also Southern Gothic fiction about women from authors such as Carson McCullers and Toni Morrison. So I think writers today can build on that legacy. The gothic is a powerful form for exploring trauma and what has been repressed, so that makes it ideal for telling feminist stories. Using the gothic form to tell a political story is what excited me as I wrote The Cherry Robbers, even though the story is wrapped up in a pretty and spooky package, which might not seem overtly political to readers. It works in a stealthy way.

MO: Were you inspired by the Winchester family when writing The Cherry Robbers?

SW: At the heart of The Cherry Robbers is a fictional company called Chapel Firearms, and the real-life Winchester Repeating Arms Company was certainly an inspiration for that. Around the time I began to develop the idea for The Cherry Robbers, I became interested in Sarah Winchester and the idea that she believed she was haunted by the ghosts of people killed by the Winchester rifles. There’s a debate about whether this is actually true, but since I write fiction whether it’s true or not doesn’t matter to me. So Sarah Winchester inspired, in part, the mother in The Cherry Robbers, but my character is in no way a fictionalization of the real woman. The women are vastly different for the most part and don’t even live in the same time period. I sometimes take some sort of inspiration from real people, but I use that more as a jumping off point to create my own fictional character or situation. Another example is my main character, who has some connections to Georgia O’Keeffe.

MO: The Cherry Robbers also has elements of a dark fairytale. Can you talk about the folkloric elements of the novel?

SW: There are so many wonderful writers who have rewritten fairy tales in a powerful and subversive way. Angela Carter comes to mind. I can’t say I set out to rewrite any specific fairy tales, but as I wrote the novel I pulled at the fairy tale threads that were there in the story and had a lot of fun with that. The Cherry Robbers focuses on a family with six daughters. They live in a mansion that looks like a wedding cake and the girls are primed for marriage. So that premise has a fairy tale quality to it, and like many fairy tales the story takes a dark and twisted turn. The mother of the family — the chapter that focuses on her backstory is called “The Haunted Mother”—seems like a character out of a fairy tale and in the novel she takes on the role of the witch, i.e. the wise old woman no one listens to. In one part of the novel the characters discuss Sleeping Beauty and how what’s happening to them seems to be a reversal of that in certain ways. I definitely wanted to disrupt the idea of “happily ever after.”

Aside from traditional fairy tales, there are other more contemporary narratives that I’m dealing with, such as the traditional narrative of the white, 1950s American housewife. That’s a more modern type of fairy tale and in The Cherry Robbers I wanted to blow that up into a million pieces.

MO: The Cherry Robbers is so different from Dietland, and both are wholly unique. What are you working on next?

SW: After Dietland, I was desperate to write something completely different. And while I think I achieved that with The Cherry Robbers, both novels are subversive stories about gender in their bones. So in that sense they are sisters. I’m already working on my third novel, which again is very different but it also has that subversive streak in it. The next novel is a thriller and a detective story, although there’s no actual detective in it. I’ve always wanted to write a novel like this, so I’m in heaven.

MO: One question related to Dietland, if you’re down to answer: You talked about the Health at Every Size movement when Dietland first came out, a movement even more necessary in the context of Covid-inspired fatphobia. What needs to happen for greater body positivity in the world today?

SW: That’s a difficult question to answer. It varies by culture and so many other factors as well. I think the term “body positivity” has been watered down so much that it’s almost useless. The whole concept originally came from fat positivity and activism, but it doesn’t really have teeth in the way that fat activism does. Body positivity has been co-opted by corporations and other groups that profit off selling us products to “improve” ourselves—or I suppose these days “wellness” is the more popular term. It can basically be twisted around to mean anything. We’re doing this interview at a time when women in America are facing restrictions on our bodily autonomy that will drag us back to the time period I write about in The Cherry Robbers. As I wrote The Cherry Robbers, set primarily in the 1950s, I knew that the ideas I was writing about were timeless in many ways, but little did I know how scarily relevant the novel would become right at its publication. Yet here we are. The issues connected to women and the body that I write about in my fiction, including reproductive choice, sexuality, fatphobia and unrealistic ideals around what’s beautiful and “hot,” are all deeply connected to women’s second-class status in society. We can learn to love ourselves, and we can find groups of like-minded people to support us—these things are important!—but ultimately these are political issues and they require political solutions. 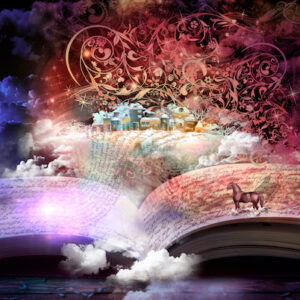 I’ve always had a weakness for stories that defy categorization, especially if they happen to include fantasy and romance....
© LitHub
Back to top