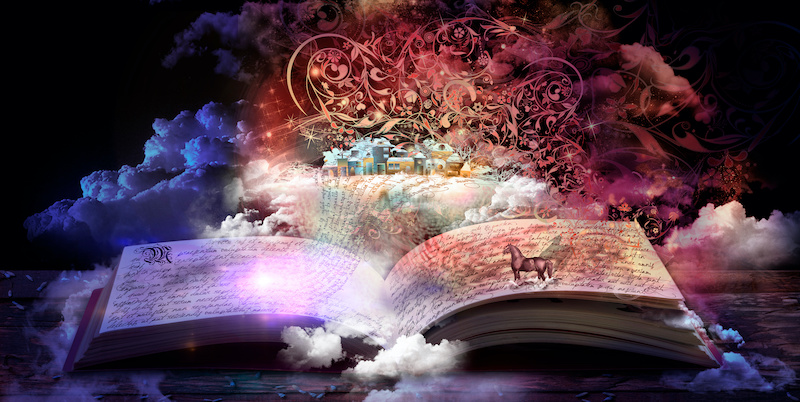 Lana Harper on blurring the boundaries between genres

I’ve always had a weakness for stories that defy categorization, especially if they happen to include fantasy and romance. Sarah Gailey’s Magic for Liars is an excellent example; Tamsyn Muir’s captivating and beautifully strange Gideon the Ninth is another; Naomi Novik’s fabulous Scholomance series is a third. When I began writing Payback’s a Witch, I originally intended it to read as a more traditional rom-com, primarily a romance that just happened to revolve around two bisexual witches falling in love in a magical, Salem-inspired Halloweentown. The magic was initially intended to be a background element rather than a focal point of the plot. Something to add a little shimmer without detracting from the central romance.

The problem was, I’d forgotten that I was going to be the one doing the writing, and that I’m constitutionally incapable of stories that don’t feature Big Magic. The occult is fascinating to me, especially without the constraints of realism; my intention was never to present a version of witchcraft like the more grounded kind you might find real-life Wiccan and craft communities practicing. Once I began writing, I realized I wanted Payback to be steeped in fantastical magic, courtesy of four witchy families with vastly different arcane skillsets and histories. The Harlows would be the magically modest recordkeepers and historians; the gorgeous Avramovs, morally ambiguous necromancers; the Thorns, descendants of Irish druids and practitioners of green magic; and the Blackmoores, dazzling illusionists and elementalists.

To bring them all together, I decided on a gauntlet: a spell-casting tournament between the families, pitting the scions against each other to yield a Victor who’d lead the magical community for the next fifty years. I wanted the story to feel like a full-blown immersive experience—the way that theater like Sleep No More draws the audience in, makes them part of the play—allowing the reader to feel like they could smell, feel, and even taste the spells brewing in the Thistle Grove air.

Payback quickly became something much more magical than I’d originally planned, but still fell well within my comfort zone. I’d already written contemporary fantasy and witchy historical thrillers for young adults, with even more complex magical systems and settings—only now, I was writing for adults. But for the next installment in the Witches of Thistle Grove series, I decided to take a stab at something I’d never done—writing a fantastical romance revolving around a mystery. For writers trying their hand at a mystery for the first time, I’d recommend starting the way I did, by laying out a very basic breadcrumb trail for yourself; a loose plot outline subject to change, unless you tend to work better as a very structured plotter.

In From Bad to Cursed, I began with a necromantic curse to kick off the plot; a forced partnership between a member of the targeted Thorn family and a member of the Avramov family, whose necromantic abilities immediately cast them as the obvious suspects; and my own knowledge of the real perpetrator. From there, I planned out clues that would guide the reluctant partners into the kind of challenging situations that forced them to rely on each other despite deep mutual mistrust. It helps to keep in mind that each scene needs to serve either a plot or character development purpose—and ideally serves both.

This was where things got a little tricky for me. I hadn’t fully considered how modern witches might investigate a supernatural crime; I didn’t want this story to read like a hard-boiled noir, a procedural, or an urban fantasy. While structuring the mystery, I also needed to keep the magic front and center, to echo its integral role in Payback. Once it occurred to me that of course a pair of amateur witchy detectives would rely on their magical abilities to solve a paranormal mystery, this opened the door to the kinds of large-scale cinematic scenes I love the most. One of my favorites is the duo’s initial investigation of the scene of the crime—a piece of the Thorns’ apple orchard blighted by the necromantic curse—in which Isidora Avramov conjures up swathes of ectoplasm to recreate a grayscale timelapse of the events leading up to the curse. So if you’re bending genres already, don’t be afraid to really lean in by mixing magic with more conventional mystery tropes. For me, this approach led to the coolest scenes, and the ones that were the most fun to write.

Another key component was vivid backstory, a lesson I’d already learned from writing Payback. In order to set the stakes as high as possible, I positioned the Avramov and Thorn families as natural enemies, death magic versus “green” nature magic. I also established chaotic-neutral, demon-summoning Issa and lawful-good veterinarian Rowan as polar opposites and “archenemies” on a more personal level, a feud stemming from an intentionally silly workplace squabble years before. You can use characters’ backstory as a hack this way, to lend an immediate, preexisting texture to the romantic relationship at the core of your story. Then you can put that emotional resonance to work, to weave the distinct elements of magic, romance, and mystery into a more cohesive whole.

At the same time, it’s important to balance your elements by not allowing any of them to eclipse the others. In Cursed, I had to make sure that the brisk pace of the investigation and the elaborate magical arsenal didn’t overshadow Issa and Rowan’s own character arcs and romance. I assumed readers would gravitate more strongly to either the mystery or the romance, as had been the case with Payback, in which readers seemed to fall into either #teamGauntlet or #teamEmmyandTalia camps. While that meant I couldn’t please everyone—an impossibly tall order anyway!—I could make sure to toggle back and forth effectively, to create a satisfying balance between more emotionally charged scenes and the investigative work that advanced the mystery plot.

If you’re still feeling like you can’t quite hit the sweet spot between plot pacing and emotional development, lean on dialogue! The beauty of banter is that it braids plot and chemistry together in a seemingly effortless way. You can have archenemies sniping sassily at each other during an intense suspect interview, or getting a little tipsy during a debriefing session and possibly making out against a storefront window. Boundaries can and should blur in genre-bending stories; it tends to be a lot more fun when they do! 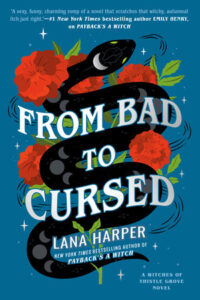 Lana is the author of four YA novels about modern-day witches and historical murderesses. Born in Serbia, she grew up in Hungary, Romania, and Bulgaria before moving to the US, where she studied psychology and literature at Yale University, law at Boston University, and publishing at Emerson College. She recently moved to Chicago with her family. From Bad to Cursed, her latest novel, is now available from Berkley. 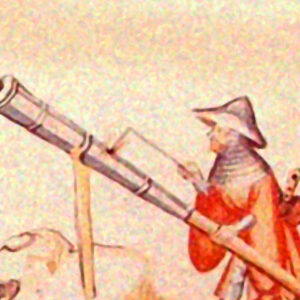 As the title of our new historical thriller The Lawless Land suggests, plenty of crimes are committed in the story. Since...
© LitHub
Back to top